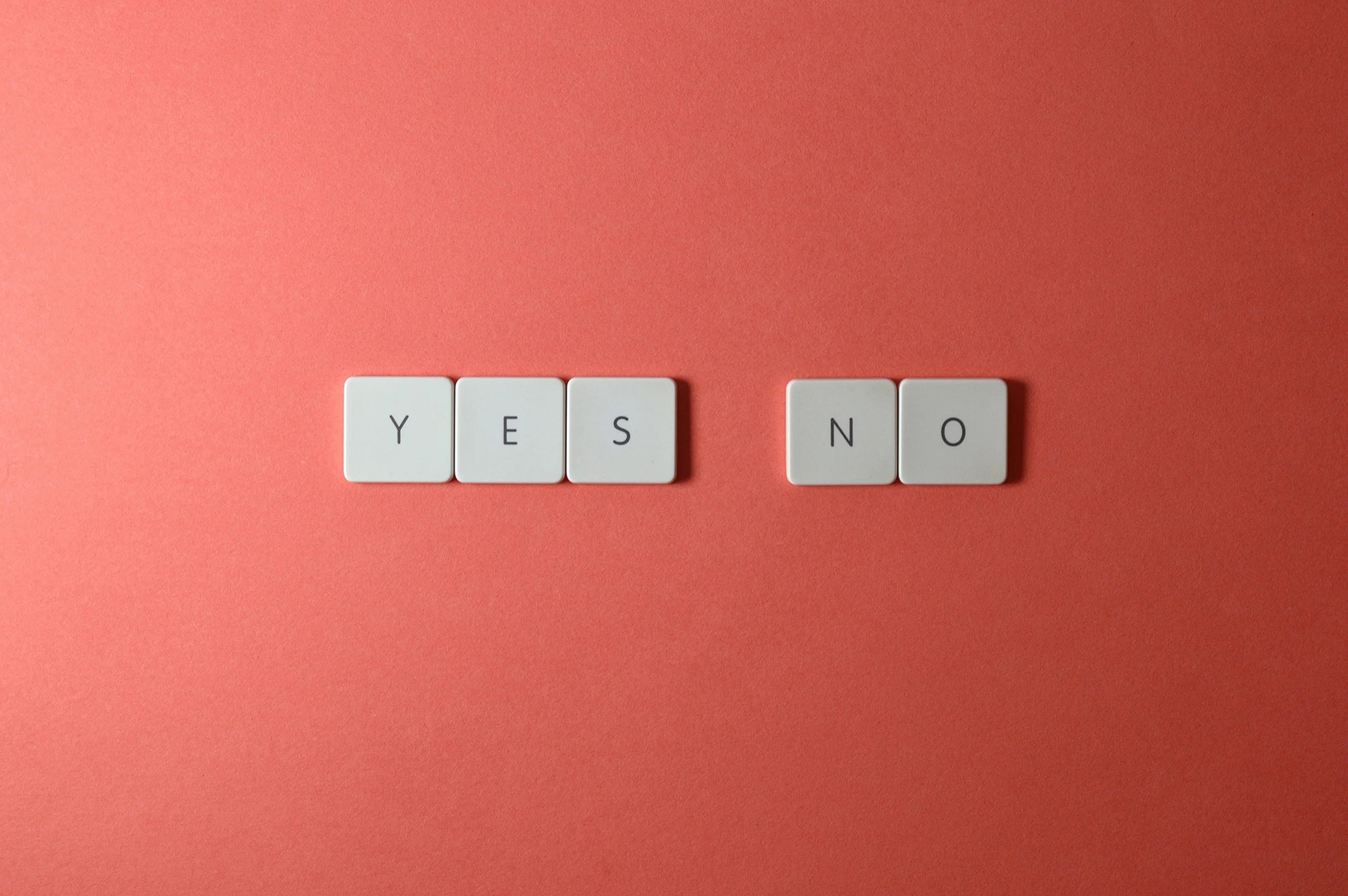 A lively debate at the recent Royal Australian and New Zealand College of Psychiatrists Congress put the spotlight on the diagnosis and treatment of Attention Deficit Hyperactivity Disorder (ADHD).

Despite its moment in the sun of popular discourse, thrown into the spotlight for many individuals by the isolating conditions of the pandemic, Australian psychiatrists continue to underdiagnose and undertreat ADHD, particularly in adults, an annual gathering of the specialty voted earlier this month.

It was standing room only for the meeting’s ‘Great Debate’ – titled ‘Psychiatrists are prescribing too few stimulants’ – which pitted two teams of three psychiatrists apiece in a battle of the wits and evidence, ultimately resulting in a popular vote in favour of the affirmative.

Attention Deficit Hyperactivity Disorder, or ADHD, is a neurodevelopmental disorder which is typically first diagnosed in childhood, but many adults with the condition – particularly women – can struggle with the symptoms for years before being diagnosed.

As its name suggests, ADHD can manifest with a combination of inattention, impulsivity and hyperactivity. The isolating work-from-home conditions of the COVID-19 pandemic brought the symptoms for many undiagnosed individuals into sharp relief, seeing a surge in referrals and waiting lists.

Stimulant medications are the mainstay of management, but these can only be accessed through a psychiatrist after formal diagnosis using validated criteria. Wait times in many parts of Australia have blown out to a year or more as a result of greater public awareness and discussion of the condition, including on social media platforms such as TikTok.

Part of the issue is that not all psychiatrists are prepared to assess patients for ADHD and prescribe the appropriate drugs, compounding wait times.

This topic was the focus in a packed and popular session at the recent Royal Australian and New Zealand College of Psychiatrists annual congress in Sydney.

Arguing in support of the proposition that stimulants continued being underused in Australia, developmental mental health expert Professor David Coghill detailed the many deleterious consequences of making it to adulthood with undiagnosed and untreated ADHD.

According to Coghill, who works at the University of Melbourne and the Royal Children’s Hospital, 50 percent of people with ADHD do not finish school, they are three times more likely than population averages to be divorced, lose employment or suffer depression.

Also, they are four times more likely to be involved in a motor vehicle accident or have comorbid anxiety and if undiagnosed into adulthood their mortality risk increased fourfold compared to controls, he said.

Individuals with ADHD are seven times more likely to have bipolar affective disorder, and 50 percent of people with borderline personality disorder also had ADHD, Coghill explained.

In terms of prevalence in Australia, five percent of children and young people had a diagnosis of ADHD and 2.5 percent of adults, and Coghill said corresponding stimulant prescription rates were lower than would be expected.

Three percent of children, 1.5 percent of young people and just 0.3 percent of adults – or one in ten with the diagnosis – were receiving this “evidence-based, recommended treatment”, he said.

Experience in the US

Well-known and respected psychiatrist Professor Allen Frances offered a counterpoint from his experience in the United States, describing ADHD as simultaneously overdiagnosed in some population groups, particularly young boys, and underdiagnosed in demographics such as women.

Frances has overseen several iterations of the Diagnostic and Statistical Manual of Mental Disorders, which is the authoritative reference for psychiatrists in diagnosis and management. He joked that it was “partly my fault” ADHD prevalence had skyrocketed in the US after he advocated for relaxation of the diagnostic criteria for women.

In 1994 overall rates of ADHD in the US were comparable to what is now seen in Australia, in the order of three to five percent. They had ballooned in the intervening two decades to 11-12 percent, and he attributed this, in part, to aggressive drug company responses to the DSM changes.

Frances said teachers, parents, physicians and paediatricians were all “inundated” with stimulant marketing, with one in five young men and seven percent of all children in the US now on these drugs.

Supporting his thesis of misdiagnoses, Frances said studies of millions of children had shown a clear trend towards labelling the youngest child in a given class – especially if they were a boy – with ADHD, instead of recognising that they were more likely socially immature and simply required more classroom support.

This label was not harmless, Frances added, exposing the child to stigma, lower expectations and adverse physical effects from stimulants, with no proven academic benefit.

Dr Karen Williams echoed this perspective in her remarks, arguing that the undue focus on neurobiology in ADHD obscured the chronic exposure to adverse childhood experiences and environmental stressors many people with the condition had faced and which could not be excluded as its driver.

Instead of talking about trauma, Williams said too many psychiatrists preferred to label and medicate women and children and described stimulants as a “distraction”.

ADHD specialist Dr Dianne Grocott refuted this assertion, saying she always asked about trauma in her assessments, and it didn’t account for the majority of cases she saw. Coming out swinging against her colleagues, she declared that many psychiatrists in the room were underprescribing stimulants and “I know your names”.

Coghill supported Grocott’s stance on trauma, arguing that causation could not be inferred from correlation with this in ADHD and evidence suggested that treating the disorder made it easier to address the comorbid trauma.

In fact, Coghill said it had been demonstrated that ADHD increased the risk of trauma for affected individuals, with women and children with the disorder more likely to be subjected to family violence. He counselled against the “old school” dichotomy of trauma versus biology, saying both had a putative role.

Rather than seeing the treatment of ADHD with stimulant medications as the inherently harmful proposition, Coghill urged his colleagues to consider the many adverse effects of leaving the condition untreated. He said rates of crime, substance misuse and mortality all showed a decline when people were appropriately managed.

Professor Edward Ogden, a renowned expert in addiction medicine, said the under recognition and undertreatment of ADHD had huge impacts across the life course, with many of his patients turning to substances for symptom management in the absence of a diagnosis and treatment plan, a “very downhill spiral”.

He refuted the idea that ADHD was a primarily Western phenomenon, saying if the diagnostic criteria was properly applied the “genuine neurodevelopmental disorder” could be found in every culture, just manifesting symptomatically in different ways depending on the social milieu.

Ogden also cautioned against the overspecialisation currently defining ADHD’s management in Australia, saying GPs could and should be allowed to care for most of these patients.

Grocott urged her colleagues to move away from a deficit discourse around ADHD, saying a lot of its features were “amazing” and many doctors – particularly those working in high-stress environments like the emergency department – would meet the criteria for diagnosis.

People with ADHD tended to perform well under stress because the adrenaline surge helped their pre-synaptic transport of dopamine, which was the characteristic neurobiological issue that made it responsive to stimulant medications, Grocott said.

Closing for the opposition, Dr Peter Kelly invoked the Pareto principle, arguing that two percent of psychiatrists were responsible for prescribing 98 percent of stimulants because most of the profession “don’t want to be drug dealers, that’s not what we trained for”.

Kelly described the prescription of stimulants as a “racket” where his colleagues were “arguing to sell on more street corners”.

His assertion that “giving the customer what he wants goes against the entire ethos of psychiatry” was greeted with uproarious laughter from the packed room, which voted in favour of the affirmative side – that psychiatrists do prescribe too few stimulants for patients with ADHD. 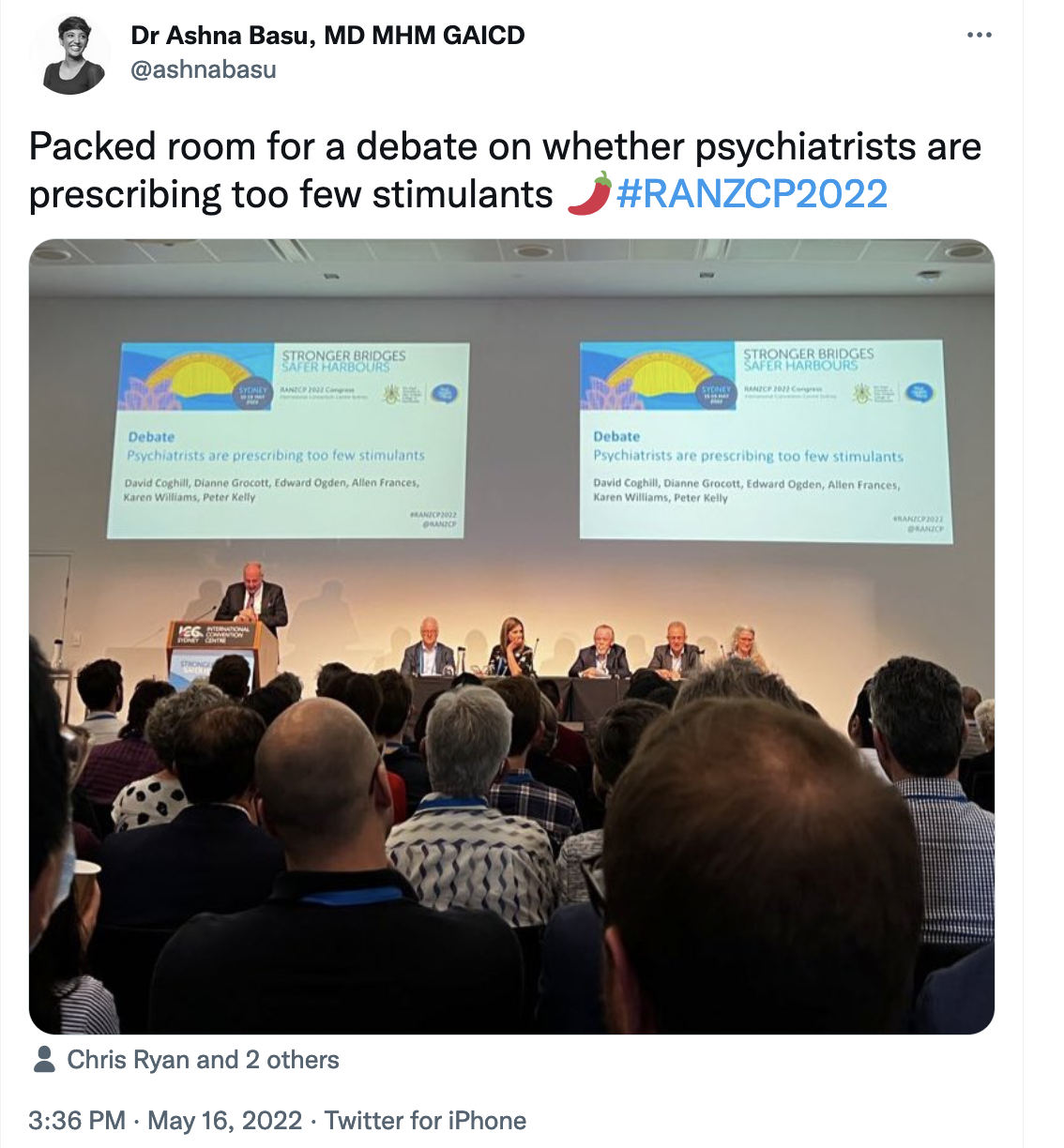 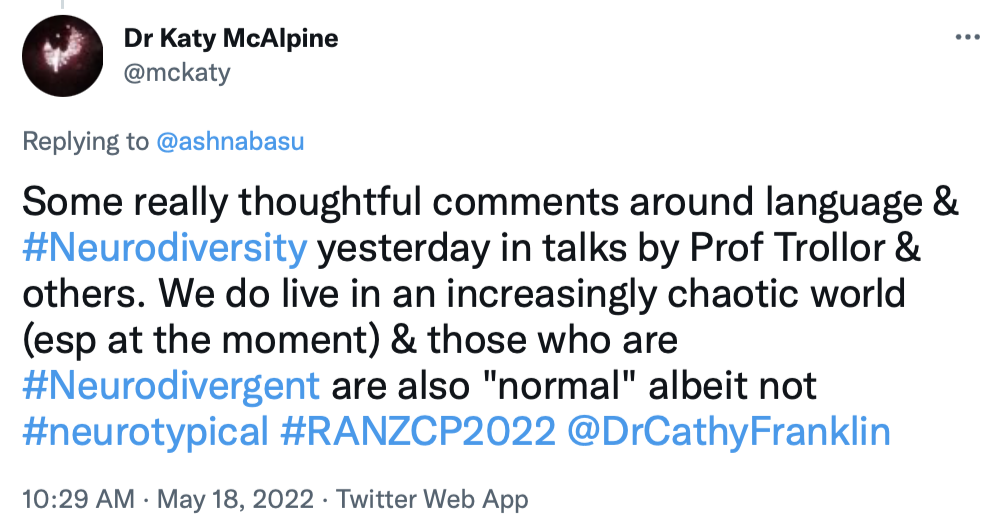 PrevPreviousWithout action, Sorry Day falls short of its potential as a catalyst for change
NextListen to this podcast – Choosing Wisely for better healthcareNext