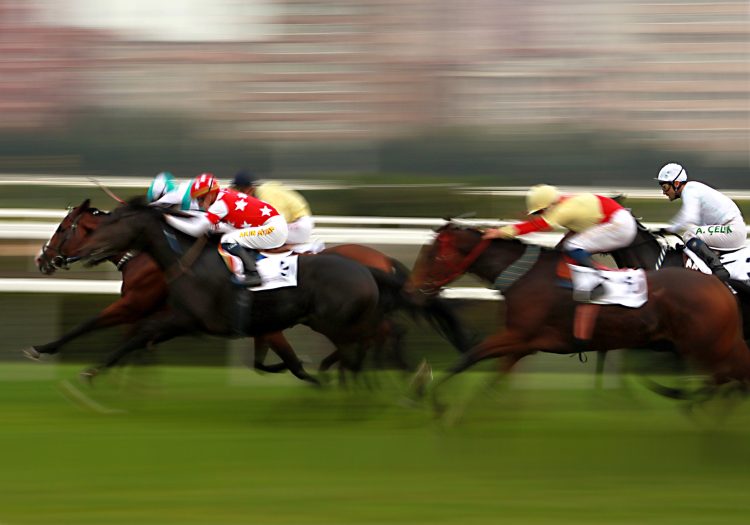 Are we likely to back the right horse when it comes to true mental health reform: Photo: Pixabay

Are we picking the right horse in the critical mental health race?

There are many horses in the race towards mental health reform in Australia, and it’s hard right now to have the confidence to bet on a good outcome, writes Dr Sebastian Rosenberg, from the University of Sydney’s Brain and Mind Centre, below. That has, of course, big risks for those who need a system that’s on track to provide better, integrated, comprehensive support.

My recent posts at Croakey have focused on how different places across the world are responding to the COVID-19 challenge.  I have also commented on the Australian response, which has focused on increasing access to telehealth for mental health care.

The pandemic has highlighted how poorly constructed is our overall community response to mental illness.

People talk about consumers falling through the cracks in our system. In truth our system is mostly cracks. And things are worse if you don’t live in a city, if you are young and have emerging significant needs, if you don’t speak English well or struggle to pay out of pocket costs.

So how do we fix this? That’s where this horse race for leadership and reform gets tricky.

An early favourite was the Productivity Commission, now due to present its final report this month. It is not clear if its thinking has been affected by the pandemic.

Its discursive draft report (at 900 pages) seemed to reflect the Commission’s need to come to grips with wide subject area rather than proffer solutions (yet). And will the final report focus on linking mental health with economic and social participation or on governance in the health sector?

Local fans have shown interest in the Victorian Royal Commission which has also produced a large draft report but has more time before finalising its recommendations. Even with strong political backing, could a provincial process impact the national scene?

Then there is the Medicare Benefits Schedule Taskforce Review, in which a group dominated by psychologists surprisingly recommended more psychology.

A rank outsider would appear to be the National Mental Health Commission, which initially promised new, independent whole of government accountability, report cards, goals and visions (whatever happened to Vision 2030?) but now seems subsumed within the Department of Health.

Dr Vine has been involved in national mental health policy for many years, including as Chief Psychologist of Victoria in 1999 and as that state’s director of mental health from 2004.

The focus of the Government’s COVID-19 response is the bridge to a post-pandemic economy. The extent to which this economic vision has room for mental health is uncertain.

But the Federal Government has so far done what it typically does, which is provide funding for bits and pieces of programs, services and research and a communications strategy, in confetti-like fashion.

Which leads me to the perennial short price favourite.

The Mental Health Principal Committee (MHPC) sits under the Australian Health Ministers’ Advisory Council (AHMAC), which in turn reports to the Council of Australian Governments (CoAG).  The MHPC is comprised of the jurisdictional directors of mental health (i.e. the states and territories) and related Commonwealth mental health policy senior officials.

This is essentially the same group that has been determining the shape and direction of Australia’s five national mental health plans, two national policies, one CoAG National Action Plan, a National Roadmap and so on since 1992.

Dr Vine has been a central part of these processes in her previous roles.

The MHPC report on progress under the current, 5th National Mental Health and Suicide Prevention Plan. Their information sub-committee is responsible for accountability, deciding what gets reported and when.

Under our blessed federation, the Federal Government cannot unilaterally impose change in health care, including in mental health.

They can lead. They can provide incentives and sanctions. But over recent years, they have preferred to operate within their sphere of influence – confetti.

Which leaves real decision-making about the future of mental health in precisely the same hands it has been in for the past 25 years – the Sure Thing.

And let’s be clear here – the MHPC feel they already have the tools required to fulfil their role in leading national planning.

The Federal government has funded the development of the National Mental Health Service Planning Framework. operating  as a commercial-in-confidence system to help planners understand how many services, programs and staff they need to address the mental health needs of their community (say 100,000 people).

But its assumptions and end goals are not clear. If we do everything it says, will the community be healthier, or will we just be better managing an unchanging level of mental illness?

The MHPC would also regard the existing reporting of Health of the Nation Outcome Scores (HONOS) – developed during the early 90s by the Royal College of Psychiatrists as a measure of the health and social functioning of people with severe mental illness –  as discharging their obligations to mental health consumer outcome reporting.

It is doubtful many consumers would concur, given HONOS reflects the clinician’s perspective rather than that of the service user. And how does HONOS drive systemic quality improvement?

Perhaps most importantly, the Framework does not appear to answer the ‘what if’ questions.

What if Australia had a strong approach to promotion and prevention in mental health – how would this affect the need for hospitalisations?

Same with community service alternatives, including housing and employment.

What if we could draw on a strong, trained peer support service – how would this impact our health professional workforce and public health?

We knew fundamental mental health reform was necessary before COVID-19.

The Better Access Scheme needs overhauling – only around 30 per cent of clients are new each year now and the average number of sessions is only 4.5. Funding for psychosocial services was 6.6 per cent of total state spending on mental health in 2008-09 and 7.3 per cent in 2017-18.

Luis Salvador-Carulla (from the ANU) can demonstrate models of relative technical efficiency which permit mental health decision-makers to design and compare service scenarios before they make decisions.

These approaches, unlike the Framework, are designed to reflect the complex social and environmental factors which impact mental health, including employment, education, housing, social inclusion and so on.

Dr Vine’s initial response to this kind of modelling was to doubt its capacity to deal with complexity and to suggest that because the suicide data showed no increase as yet, any new concern for the issue might be ‘unwarranted’ .

COVID-19 has highlighted again the pressure facing our mental health system, in relation to both existing service users and prospective. It has also propelled a new opportunity to re-think Australia’s approach.

But it is complex and we need to draw on new and sophisticated ways of planning mental health care in its proper social context, beyond facile application of anachronistic epidemiology and resource allocation.

Australia’s response to COVID-19 has been a success – we planned for the worst and are now experiencing one of the best public health outcomes worldwide. The Chief Medical Officer, Professor Brendan Murphy, has suggested our approach saved 14,000 lives. How many can we save in mental health and suicide?

We can apply this kind of thinking to mental health, through better modelling, planning and decision-making. And the potential rewards are colossal, for people, communities and the economy.

But will our leaders drive this change? The temptation to reinforce familiar and palpably unsuccessful processes is strong.

The Sure Thing seems the safe bet. But betting is a fool’s game.  I would rather invest elsewhere.