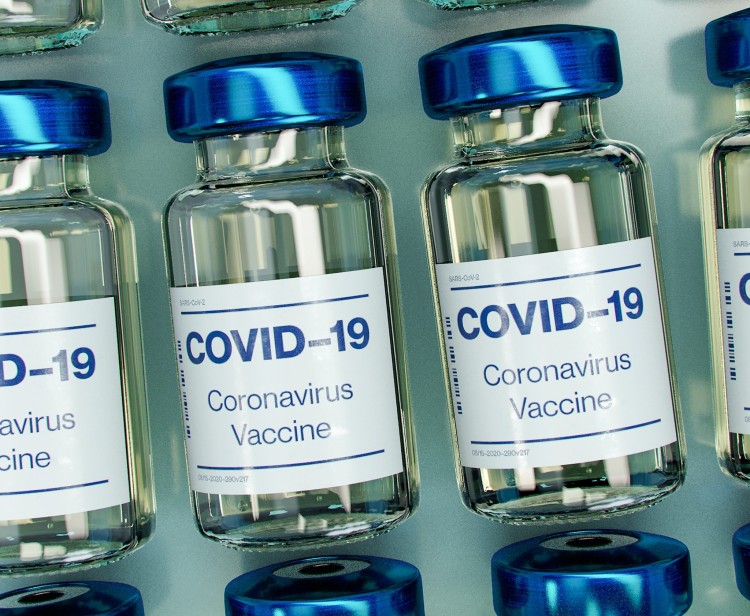 As a fourth dose of COVID vaccine rolls out for some, we still need to boost third dose rates

Introduction by Croakey: A fourth dose of a COVID-19 vaccine is available for some Australians from today as part of the Federal Department of Health’s ‘winter dose‘ campaign.

Honorary Professor Stephen Duckett at The University of Melbourne and Senior Associate Linda Lin at the Grattan Institute discuss evidence about the effectiveness of four doses of a COVID-19 vaccine and the need to increase third dose rates across Australia.

Older Australians and people at high risk of severe disease from COVID-19 will soon be eligible for a fourth dose.

On 25 March, the Australian Technical Advisory Group on Immunisation (ATAGI) recommended a fourth dose of COVID-19 vaccine for people aged 65 and older, residents of aged care or disability care facilities, people aged over 16 who are severely immunocompromised, and Aboriginal and Torres Strait Islanders aged 50 and older.

The rollout will coincide with this year’s influenza vaccination program, with the aim of providing additional protection in winter for the most vulnerable Australians.

But for the general public, the merit of a fourth dose is still up for debate. A third dose can restore protection against COVID, but its effectiveness reduces over time, especially against the highly mutative and transmissible Omicron variants.

Some evidence supports administering a fourth dose, but findings are preliminary and should be interpreted with caution.

A preprint study from Israel, one of the first countries to administer a fourth dose, found that it can restore antibody levels to peak third dose levels. However, this study was of a small population of healthy younger healthcare workers.

Some experts believe that the third dose already maximises the effectiveness of existing vaccines and that subsequent doses offer only modest and diminishing returns. Additionally, protection from a fourth dose can wane rapidly, mirroring the decline after a second dose.

Despite a paucity in reliable data, most experts agree that a fourth dose may be beneficial to older people or people with underlying conditions that put them at higher risk of severe infection.

Indeed, many countries have started to administer a fourth dose (see table). 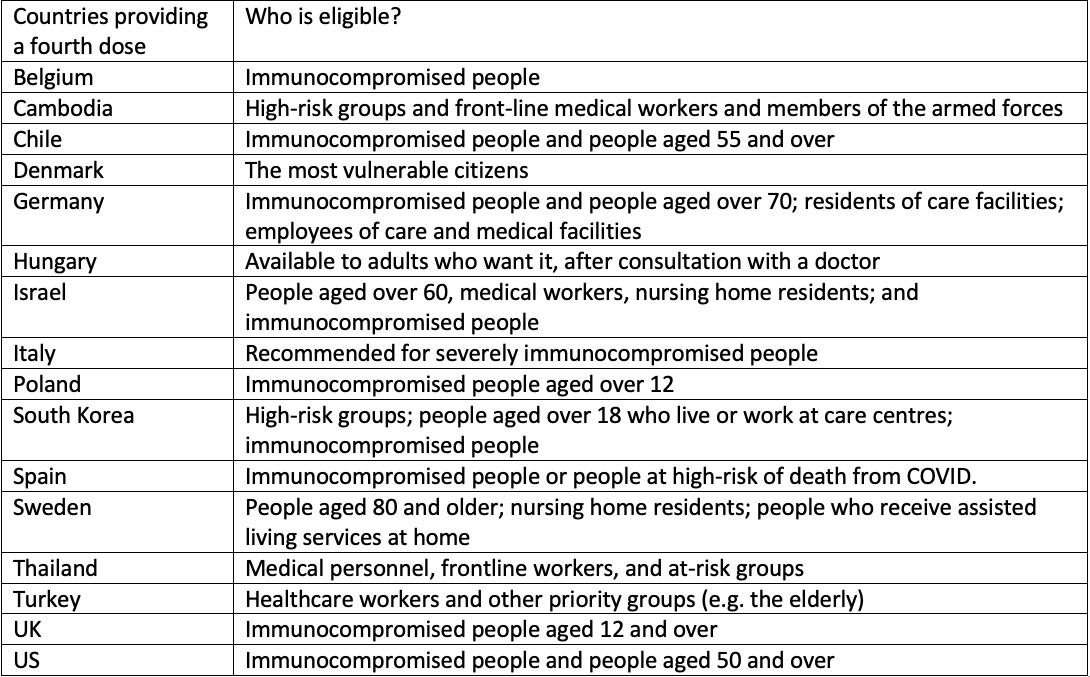 A much stronger body of evidence has highlighted the inadequate long-term protection offered by just two doses.

We at Grattan Institute use the terms third and fourth doses, rather than first and second boosters, because the latter terms give people an unwarranted sense of confidence, that the first two doses are all that is necessary to give protection, and subsequent doses are just a ‘boost’.

Omicron has made things even more grim. Research has found that protection against Omicron offered by two doses of AstraZeneca starts at 45-to-50 percent, and drops to almost zero after 20 weeks.

Similarly, protection against Omicron offered by two doses of Pfizer starts at 65-to-70 per cent and plummets to about 10 per cent after 25 weeks.

These data suggest that people with just two doses can no longer be described as ‘fully vaccinated’. Governments should make this clear.

In December 2021, the Australian Health Protection Principal Committee warned that Omicron would soon become the dominant variant in Australia.

Yet as of 27 March 2022, only about half of the whole population has had a third dose, with one-third of the population aged 16 and over – the metric governments favour – not having received a third dose despite case data suggesting that a third dose reduces mortality by a third compared to two doses.

In particular, Queensland and New South Wales are lagging behind the other states and the territories (see Grattan Institute chart below, with data sourced from Australian Department of Health and the Australian Bureau of Statistics).

With waning vaccine effectiveness and rising Omicron cases, governments should be urging people to get a third dose, so Australia can achieve pre-Omicron levels of community protection. 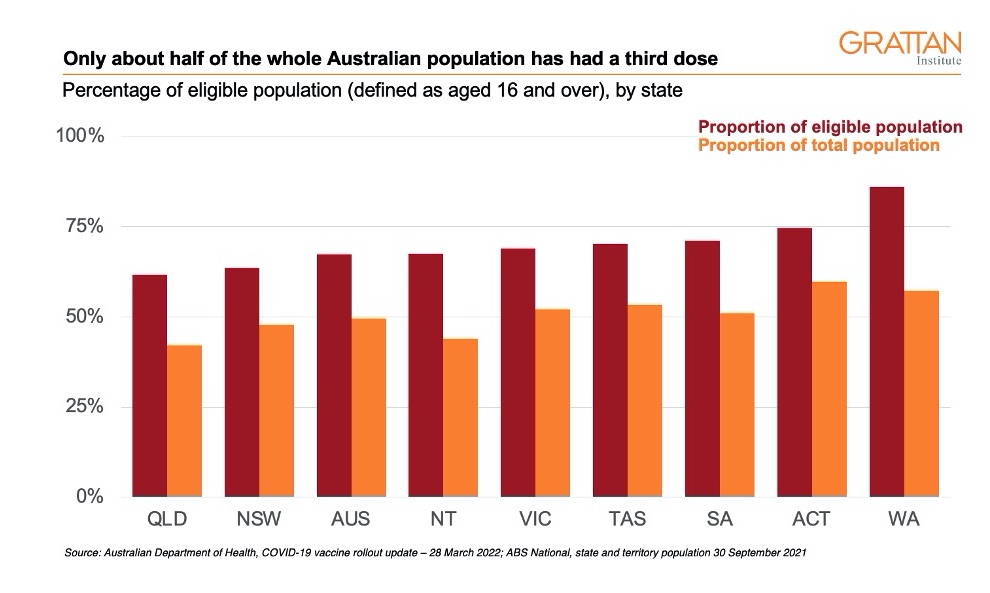