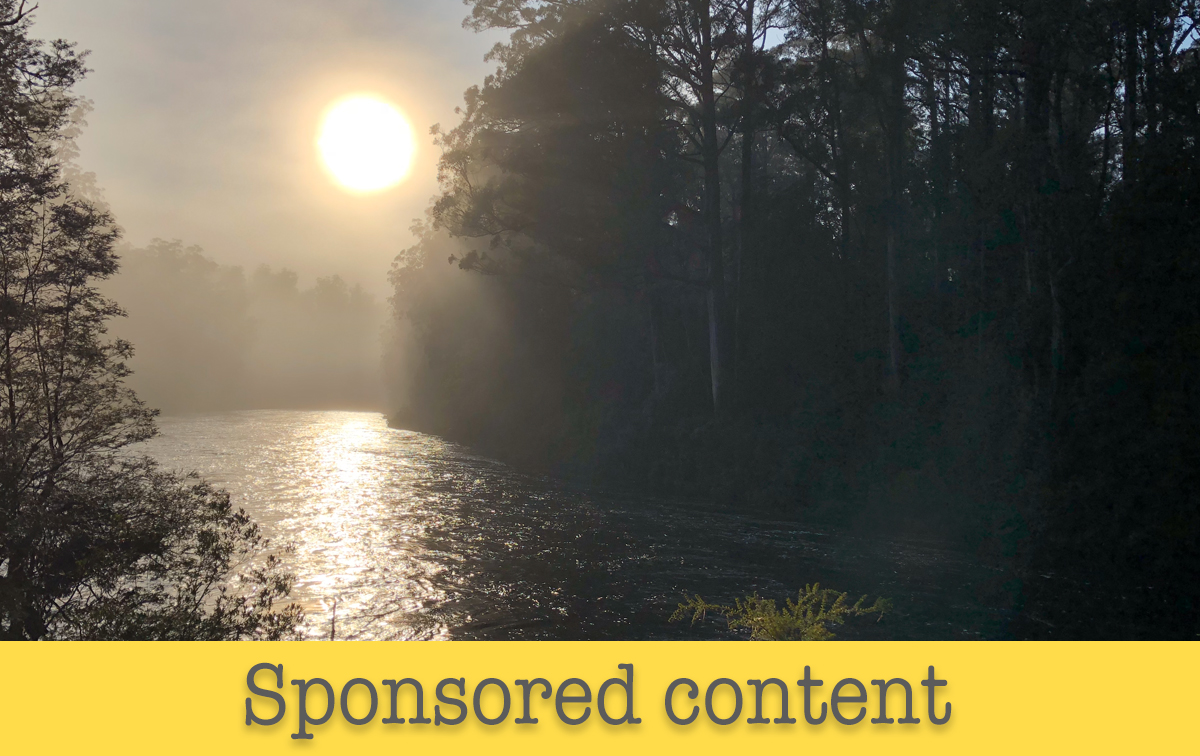 Photograph by Mitchell Ward, with respect to the Traditional Custodians of the South East Nation of lutruwita, the Melukerdee people of the Huon River and and the Lyluequonny people of the Far South

This article was first published on Wednesday, August 24, 2022.

Members of the National Health Leadership Forum (NHLF), a peak body representing the views of 12 Aboriginal and Torres Strait Islander organisations working in health and wellbeing, outline a timely vision for the future, based upon self-determination and transformational change across all aspects of government and public policy.

This article is published by Croakey Professional Services as sponsored content. Aboriginal and Torres Strait Islander readers are advised there is a mention of persons who have passed.

With new Australian Prime Minister Anthony Albanese putting Aboriginal and Torres Strait Islander peoples’ rights at the top of his Government’s agenda, stating he would implement the Uluru Statement from the Heart’s agenda in full, health sector advocates have underscored self-determination, truth-telling, cultural safety, and the elimination of racism as a matter of life or death for First Nations peoples.

The National Health Leadership Forum (NHLF), a peak body representing the views of 12 Aboriginal and Torres Strait Islander organisations working in health and wellbeing across domains including workforce, research, mental health and service delivery, has been advocating for the Uluru Statement and constitutional reform, arguing that this will support self-determination and transformational change across all aspects of government and public policy.

According to the NHLF, strengths-based, Indigenous-led and driven responses to intergenerational trauma must include a reckoning with history, and an acknowledgment that time’s up for a status quo built on racism and discrimination.

“We won’t get transformational change across the health sector until we eliminate racism from the health sector,” explained former CEO of Australian Indigenous Doctors Association and NHLF chair Monica Barolits-McCabe, a Kungarakan woman from Darwin. “I think the real progress journey is just starting.”

The NHLF was instrumental in the foundation of the Close The Gap campaign and continues to play a leading role in this space, realising a number of key milestones in recent years including the National Aboriginal and Torres Strait Islander Health Plan, the Health Workforce Strategic Framework and Implementation Plan, and the National Agreement on Closing the Gap.

Sustained advocacy from the NHLF and its member organisations has also seen cultural safety recognised as a priority for the Australian Health Practitioner Regulation Agency (AHPRA).

Donna Murray, CEO of Indigenous Allied Health Australia, was at the helm of the NHLF during much of this push for reform, which she described as grounded in notions of “cultural responsiveness and an ongoing journey” with action as its guiding principle

Murray, a descendant of the Wiradjuri and Wonnarua peoples of the Murrumbidgee River and Hunter Valley, said the laying of this groundwork meant, as the Albanese Labor Government came to power, “we’re in a better position than we have ever been” to advance an agenda that had to begin with an honest reflection on history, privilege and racism.

“Truth-telling and recognition of Aboriginal and Torres Strait Islander people as First Peoples is a step to transforming Australian beliefs and societal actions around inclusion,” Murray said.

She urged a “shared vision, shared values and shared principles” and recognition of the “power and beauty in Aboriginal and Torres Strait Islander” communities.

“If people are not willing to act differently, think differently, rebuild relationships and reflect on self and their own assumptions , perceptions and ideals, then there can’t actually be change.”

Albanese used his election night acceptance speech to emphasise Labor’s commitment to implementing the Uluru Statement from the Heart in full, providing for a constitutionally-enshrined First Nations voice to Parliament and establishment of a Makarrata commission to oversee a truth-telling and treaty process between Aboriginal and Torres Strait Islander peoples and the Federal Government.

The legacies of invasion, dispossession, assimilation and removal continue to be felt and the intergenerational trauma of these policies are still perpetuated through the justice and child protection systems, according to Healing Foundation CEO Fiona Cornforth.

An NHLF member, the Healing Foundation was established following Labor PM Kevin Rudd’s 2008 apology to the Stolen Generations, and its work focuses on realising – in material terms – the promise of a genuine reconciliation and redress process for Aboriginal and Torres Strait Islander peoples.

‘Make healing happen: It’s time to act’, a report launched by the Healing Foundation at the National Press Club last year, has found that, in some jurisdictions, as many as two out of every three Aboriginal and Torres Strait Islander people had been removed from or were descended from a parent who had themselves been removed, an immense and largely unacknowledged burden.

“It’s not okay anymore and it never has been to accept the status quo. This is not of a survivor’s doing,” said Cornforth, a Wuthathi descendant of the far northeast cape of Queensland with family roots also in the Torres Strait Islands.

“Trauma is a human thing, it’s not a Black thing and it’s also not a cultural thing. Survivors tell us that it is culture that heals, and that’s why the connection matters.”

She described the work of the NHLF as pivotal in transforming survivor experiences of institutional settings, including health care, where she said systemic racism continued to loom large, compounding the physical and psychological scars of trauma.

“We know that when survivors present to these settings – could be education, health, legal or justice – they are likely to experience further racism,” said Cornforth. “It really sets back healing, triggers, and retraumatises.”

Workforce reform is a central pillar of the NHLF’s strategy, with an emphasis on both growing the quantum of Aboriginal and Torres Strait Islander healthcare workers and making cultural safety a priority for every single individual and institution in the sector.

“In healthcare, they are the people that perpetuate that casual racism, that systemic racism, that personal racism when we walk in the door to access services,” said IAHA’s Murray.

Barolits-McCabe, who is also a former head of the Australian Indigenous Doctors’ Association (AIDA), said the two priorities were intimately linked, with experiences of racism also a major hurdle to training of Aboriginal and Torres Strait Islander health professionals.

According to AHPRA’s most recent medical training survey, half (52 percent) of all Aboriginal and Torres Strait Islander trainees had experience bullying and discrimination, she said. This compared with 39 percent of the non-Indigenous cohort.

While there was plenty of goodwill and ‘champions for change’, Barolits-McCabe said this could only drive progress so far, with “standards, accreditation and regulation” the only path to meaningful and lasting change that offered accountability and consequences for failing to act.

This was echoed by Murray, who said even the collection of data was through a discriminatory lens, which all too often failed to capture Aboriginal and Torres Strait Islander people, and failed to engage with their experiences. She gave the example of First Nations people discharging against medical advice or not waiting to be seen in the emergency department and, rather than seeking to understand why this was the case, them simply being labelled ‘non-compliant’.

“Addressing systemic racism is a must, but how do we hold the system accountable to that?” she asked.

“How do they evaluate cultural safety and racism, and what are they going to do about it? Who’s keeping them accountable for transformational change? That’s a really big ask still for us and nobody’s really addressed that yet.”

For Barolits-McCabe, the stakes couldn’t be higher, or more stark.

“Many of our family members who have left us too early would still be here with us,” she said. “Our mob wouldn’t be turned away from hospitals and be dying unnecessarily because of the stereotype, because people have a conscious or unconscious bias.”

Added Murray: “It’s our lives. We’re dying. Fifty percent of our population is younger than 25. Transformation is absolutely necessary to save people’s lives.”

Though the strategic foundation had been laid, there was little hope of the ambitions set out by the health and workforce plans and the National Closing the Gap agreement being realised without a commitment to properly funding their implementation, the NHLF representatives stressed.

Too often, money did not go to services most in need or with the best chances of success because they were community-led and controlled, and there was little accountability around funding decisions, said Cornforth.

“We know self-determination works, we know that when community-controlled organisations are consulted or, more than that, when they lead the design of projects, policies and programs based on expertise that has been well developed on the ground alongside communities then closing gaps is possible, and healing is possible, but we need to invest properly,” she said.

No specific funding had been allocated to the National Aboriginal and Torres Strait Islander Health Plan or the Health Workforce Strategic Framework and Implementation Plan, and existing organisations were being expected to shoulder this burden from their already extremely stretched resources pool, added Barolits-McCabe.

Murray said it would require a paradigm shift that demanded the system be accountable to Aboriginal and Torres Strait Islander peoples rather than the other way around. The system needed to understand them as the strength and solution, not the problem.

“We’ve got to empower ourselves with knowledge, cultural authority, and confidence in who we are to drive that change.”

• Vale Craig Dukes, former CEO of IAHA, AIDA and NATSIWHP and member of the NHLF. The NHLF sends his family and friends sincere condolences on Craig’s passing, he will be sorely missed.

This article was funded by the National Health Leadership Forum (NHLF) and edited by Forum members. It was written on behalf of Croakey Professional Services by Dr Amy Coopes, and also edited by Dr Summer May Finlay and Dr Melissa Sweet.

PrevPreviousTwitter meltdown is a threat to health in many ways. So what to do?
NextAt COP27 and beyond: First Nations voices and solutions must be “heard at all times and at every level of society”Next