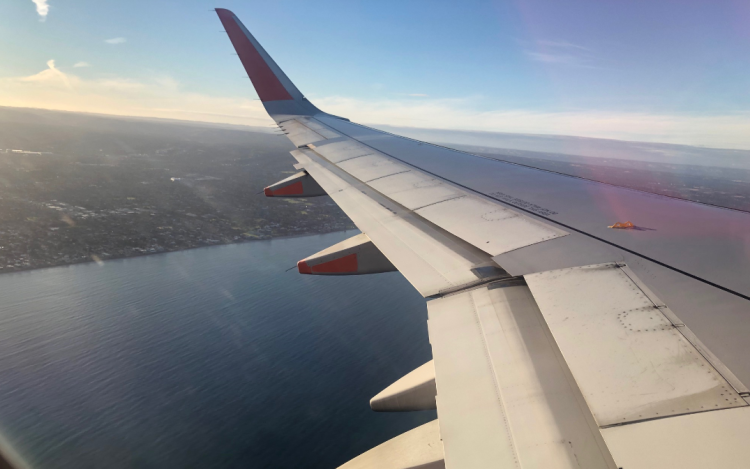 A wing and a prayer? Australia's vaccination rollout is struggling in its early days, but we also need to know what level of vaccinations will eventually allow us to reopen our borders

As Australia’s COVID vaccine rollout splutters, we need transparency about when international borders might reopen

Introduction by Croakey: Papua New Guinea’s coronavirus pandemic controller has warned the nation is in “the fight of our time” as it goes into a four-week isolation from Monday and seeks, with Australian support, to contain a potentially devastating outbreak, which could collapse its fragile health care system and put neighbouring Torres Strait Island communities at risk.

Meanwhile, Germany, France and other European nations announced plans on Friday to resume using AstraZeneca’s COVID-19 vaccine after the European Medicines Agency’s (EMA) finding, following its investigation into 30 cases of unusual blood disorders, that it is “a safe and effective vaccine”.

Australia had been firm throughout that it had confidence in the vaccine, but continues to struggle with teething problems in the early days of our rollout due to “inadequate notice, messed-up deliveries and cancellations”, as Grattan Institute Health Program Director Professor Stephen Duckett outlines below.

In the article originally published at The Conversation, Duckett says Australia is lacking some key features in its roll-out, including mass vaccination venues like the US and UK has, a smart booking and prioritisation system, and better logistics.

It also needs to tell us, he says, what proportion of the population will need to be fully vaccinated before Australia reopens the external borders.

The Australian government’s offer of half-price airfares to encourage domestic tourism highlights another item of unfinished COVID policy business: when will Australia’s international borders be reopened?

The border questions, such as when to remove exit controls and lift hotel quarantine for arrivals, have profound implications for the economy.

Border closures have been key to Australia escaping the worst ravages of the pandemic and successfully pursuing an elimination strategy on COVID-19.

Widespread vaccinations will eventually enable Australia to reopen its borders. The question is when.

The federal government should be explicit about what proportion of the population it judges will need to be vaccinated to warrant border reopening. Australians could then measure progress towards that goal. 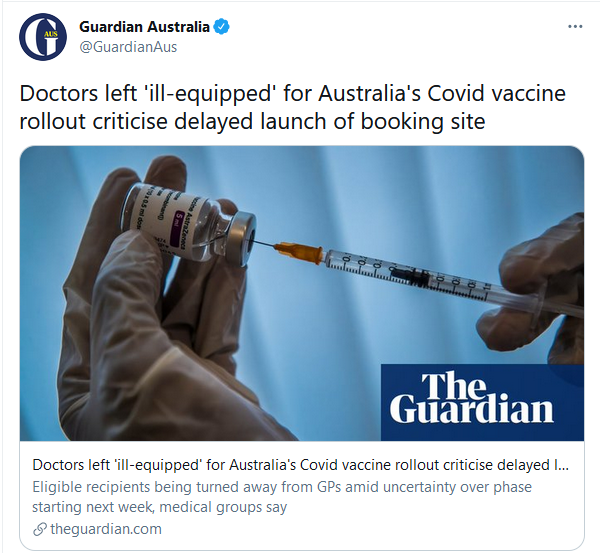 The vaccination program is off to a slow start

Australia’s vaccine program has been much-trumpeted, but troubled. Key elements of a successful mass vaccination program have not been in place including:

Federal Health Minister Greg Hunt’s announcement (Thursday) of more than 100 new vaccination clinics is a step in the right direction, but it alone isn’t enough to fix the botched rollout.

No deadlines for the rollout have yet been met, and the target end date appears to have already slipped, from October 2021 to January 2022.

The rollout for the first groups (phase 1A), including quarantine and front-line health workers and aged-care residents, has proceeded slowly.

So far, it appears that low vaccination rates are not primarily due to problems of overseas supply as only a fraction of the doses that have arrived from overseas have been used.

The second stage of the rollout (phase 1B) started badly, with a botched booking system leading to GPs being overwhelmed by callers but with practices having no idea when they would get vaccines nor how many. 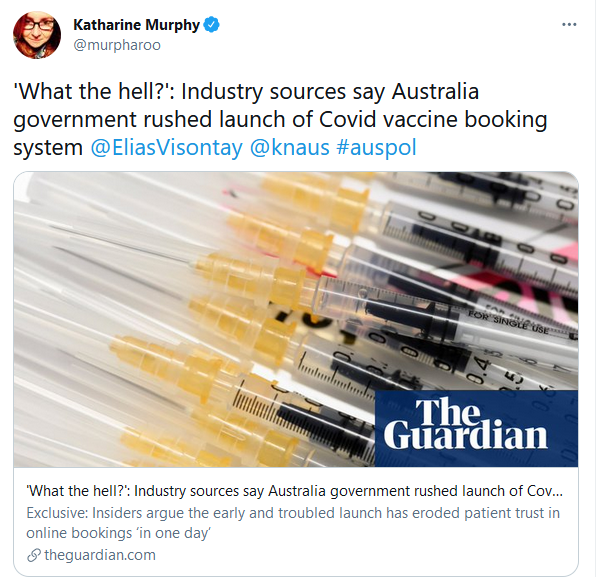 The vaccination rollout involved what Greg Hunt described as “one of the largest logistical exercises in Australia’s history”. Unfortunately, it hasn’t gone smoothly so far, with inadequate notice, messed-up deliveries and cancellations.

Australia will be less reliant on international supplies from March 22, when domestically produced vaccines will begin rolling off the CSL production line.

Once the teething problems are fixed, the federal government should tell us what proportion of the population will need to be fully vaccinated before it reopens the external borders.

Once borders are reopened and hotel quarantine is no longer universally required, the risk of COVID infection will increase. Australians’ principal protection against that risk will be through vaccine-derived herd immunity. Assuming the vaccine protects against transmission, fewer people will get infected because there will be fewer unprotected people.

The level of vaccination required to achieve herd immunity is affected by how infectious the virus is, and this is changing with new variants. But it’s estimated we’ll need to vaccinate between 65% and 90% of the whole population. If the necessary figure proves to be at the high end of that range, Australia may never achieve herd immunity, given the extent of vaccine hesitancy and the reality that the Pfizer vaccine has only been approved for people aged 16 and over and AstraZeneca for people 18 and over.

According to various surveys, somewhere between 15% and 30% are hesitant about getting the vaccine, with possibly up to 20% potentially refusing the vaccine.

But it’s not a new phenomenon and there are ways to increase vaccine uptake. For example, if uptake isn’t reaching the necessary levels, airlines or governments could mandate proof of vaccination for air travel. Or, as proposed in the United States, governments could relax restrictions on masks or gatherings for vaccinated people. In that context, the government could consider restricting its half-price airlines package to people who have been vaccinated. 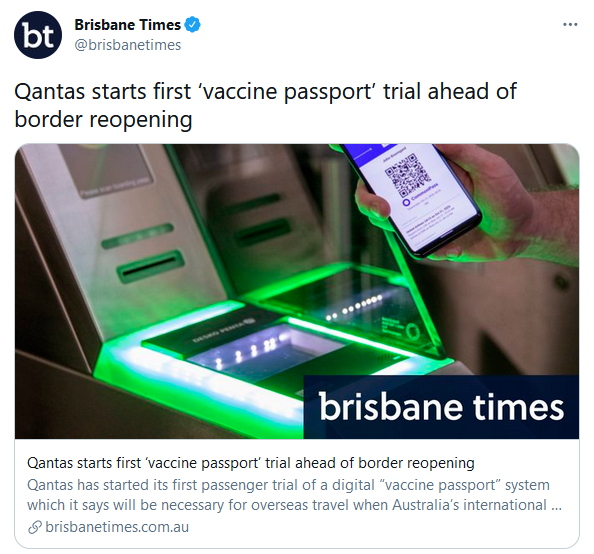 The threshold for herd immunity is a scientific question, and the answer may not be known for many months. But the important question remains: given what we know about the virus today, what level of vaccination means the risks to people and the economy of opening borders is commensurate with the benefits?

This is a question for national cabinet, or if consensus cannot be achieved there, for the federal government. The government has constitutional power over quarantine. Federal responsibilities also include international trade, including tourism and international students, and the fate of Australians stranded overseas.

And if we achieve herd immunity?

Once the threshold of herd immunity is achieved, states can abandon their trigger-happy use of lockdowns, and rely more on traditional public health approaches to infection control. These include ensuring their testing, tracing and isolation systems are up to scratch. Each state should learn from the best aspects of other states’ systems.

The federal government is in charge of vaccinating the general community, but it should invite the states to assist so they contribute more to the national vaccination effort. The states could help overcome the backlog, speed up the vaccination rate and help establish mass vaccination centres.

Reopening the external borders will be a key step along the path back to something approaching normality. The federal government should specify the criteria for reopening, to give Australians some certainty about what their travel future will look like.

PrevPreviousIndigenous leadership in pandemic delivers a blueprint to Close the Gap
NextNavigating the road to consumer leadership in health: Shifting Gears day twoNext