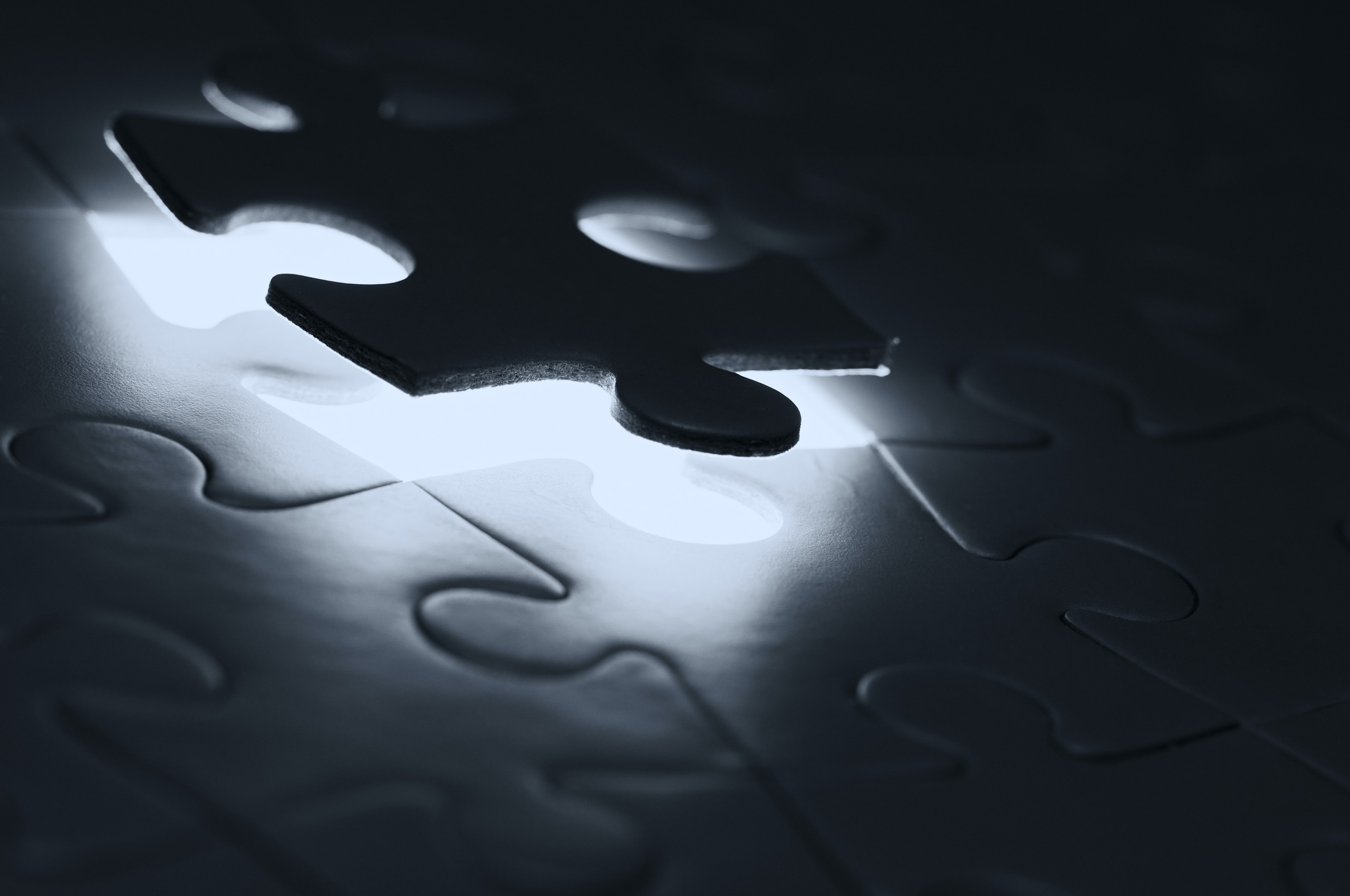 The missing piece of the puzzle. Photo by Edge2Edge Media on Unsplash

Introduction by Croakey: Last week, Australia missed a deadline – that had been extended twice – to meet its international obligations to put in place independent monitoring bodies (called ‘National Preventive Mechanisms’ or NPMs).

According to PhD candidate Andreea Lachsz, writing in The Conversation, the “NPM should be empowered and resourced to regularly visit places like prisons and detention centres to identify risks of ill-treatment and propose recommendations to authorities to address those risks”.

Lachsz, who is also the Head of Policy, Communications and Strategy at the Victorian Aboriginal Legal Service, said the failure to meet the deadline could risk Australia’s reputation and “standing as a country with robust human rights protections”.

In the article below, Chief Executive Officer at Victorian Mental Illness Awareness Council (VMIAC) Craig Wallace discusses what the missed deadline means for mental health reform in Victoria. Wallace calls for a State Preventive Mechanism to ensure those receiving treatment for mental health conditions are not subject to violations of their human rights.

Last Friday, Victoria again missed a deadline to establish the independent oversight mechanisms required by the United Nations Optional Protocol to the Convention Against Torture (OPCAT) – the resulting reportage focused on prison inmates, particularly those of First Nations background.

The disproportionate incarceration, abuse, and deaths of Aboriginal and Torres Strait Islander people in our prisons and juvenile detention centres are national travesties to be remedied immediately.

The Australian Institute of Health and Welfare estimates in 2020-21, 44 percent of Australians had received a mental illness diagnosis at some time in their life, with 21 percent getting diagnosed in the previous 12 months.

About five percent (or 800,000 people) have a mental illness which may merit hospitalisation. Nationally, 220,438 people were hospitalised in public acute mental health services in 2020-21.

According to the most recently available data from the Victorian Department of Health, in 2019-20, over half (51.8 percent) of referrals to mental health services were for people in crisis for the first time and wholly unprepared for a hospital admission.

Detention in a mental health facility could happen to anyone – even to you.

Too often, when people with diagnoses of mental illness are detained in facilities, they are subject to seclusion, confinement, restraints, forced treatments, and other degrading conduct that violates their intrinsic human rights – especially when people are admitted against their own volition.

Under OPCAT, designed to prevent ill-treatment and torture, every state and territory in Australia, as well as the Commonwealth, must establish and implement a National Preventive Mechanism (NPM) to conduct unannounced inspections of places of detention.

The Royal Commission into the Mental Health System in Victoria heard numerous testimonies about the use of restrictive practices and compulsory treatment in mental health facilities.

Under the UN Convention Against Torture and our own Victorian Charter of Human Rights and Responsibilities, the definition of torture includes severe mental or physical suffering inflicted for the purpose of coercion or discrimination.

Several UN bodies and Special Rapporteurs on Torture have noted that forced treatment is inherently discriminatory, and when accompanied by pain and suffering, can amount to torture.

The Victorian Charter holds that medical treatment given without free and informed consent is torture, and VMIAC concurs. The experience of forced treatment can amount to torture even if a clinician believes it is in the person’s ‘best interests’ or medically necessary.

Experts have called for a ban on restrictive practices such as seclusion and restraint, noting psychiatric facilities as being of particular concern.

Victoria ranks above the national average on many issues that would fall under the oversight of a State Preventative Mechanism, and the numbers are frankly frightening.

The Victorian rate of forced treatment is higher than the national average, with 56 percent of adult admissions being involuntary in Victoria, compared to a 45.8 percent national average.

Many medications used in mental health facilities have serious physical side effects such as causing diabetes, thyroid dysfunction, or kidney damage. ECT is known to cause significant memory loss, cognitive dysfunction, and, for people who are forced to have it, trauma.

The seclusion rate in Victoria is 9.8 per 1,000 occupied bed days (the government measure which means that for every 1,000 days a bed is occupied by a patient, 9.8 seclusions occur), as opposed to the national average of 7.3.

Victoria’s average duration for seclusion is two hours longer than the national average of 5.2 hours. In 2021-22, 37 percent of seclusions in Victoria lasted longer than 12 hours.

Some newer rooms may contain a window and toilet, while others do not have windows and offer only cardboard bedpans. Either option is inhuman and degrading.

Patients are often restrained, either physically by being held down by another person, or mechanically, often by shackles. Known as restrictive practices, they have no therapeutic benefit and are used only as a method of behavioural control, including against children and adolescents.

For many, the psychological suffering caused by forced treatment and restrictive practices can be worse than the conditions they were treated for.

Worse, there is currently so little recourse available to those harmed by the system and its practices.

The Mental Health Complaints Commissioner (MHCC), the body currently responsible for overseeing and regulating the public mental health system, can only act once a complaint has been made. This means that people must first experience harm before any action can be taken.

To date, the MHCC has failed to use its strongest power to redress harm – issuing compliance orders – relying instead on dispute resolution methods for more than 12,000 complaints it has received since 2014.

The UN Committee Against Torture observed that this lack of effective and accessible independent oversight or complaints bodies can lead to psychological suffering tantamount to torture or ill-treatment.

Only by implementing an SPM will we have an independent body capable of doing what the mental health system itself cannot do – monitor for and prevent harm, ill-treatment, and torture.

The reforms to the mental health system in Victoria currently underway are very welcome, but an SPM is the missing piece in this puzzle. And, to date, a repeatedly missed opportunity.

Craig Wallace is the Chief Executive Officer of VMIAC. He has been a committed and determined advocate 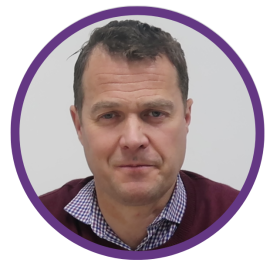 for consumer rights for years and has a depth of understanding of the mental health sector change agenda – both the opportunities and the challenges to ‘getting it right’.

As CEO of VMIAC, Craig brings to the role his personal experience of the mental health system in Victoria and the consumer perspective which informs his passionate approach to advocacy. His commitment to the consumer voice and rights can be seen in his background in community psychology – which has a focus on the systems and settings in which people live their lives – and in the breadth of the roles he has held in the mental health sector.

PrevPreviousFor those who love to walk, don’t miss this new publication, The Hiking Wrap
NextJoin us on a road trip, investigating rural health mattersNext