'A climate neutral EU... what does it mean?' Grab from video by the Council of the European Union

As Biden leads a global charge, Australia is lagging behind on climate action

Pressure is growing on the Australian Government to act on the climate crisis, with the international health and medical sector calling for global action, reports Croakey editor Jennifer Doggett.

As the world moves forward on climate change, Australia risks being left behind, according to climate change experts and advocates.

The UK Government this week announced that it will set the world’s most ambitious climate change target into law to reduce emissions by 78 percent by 2035 compared to 1990 levels. 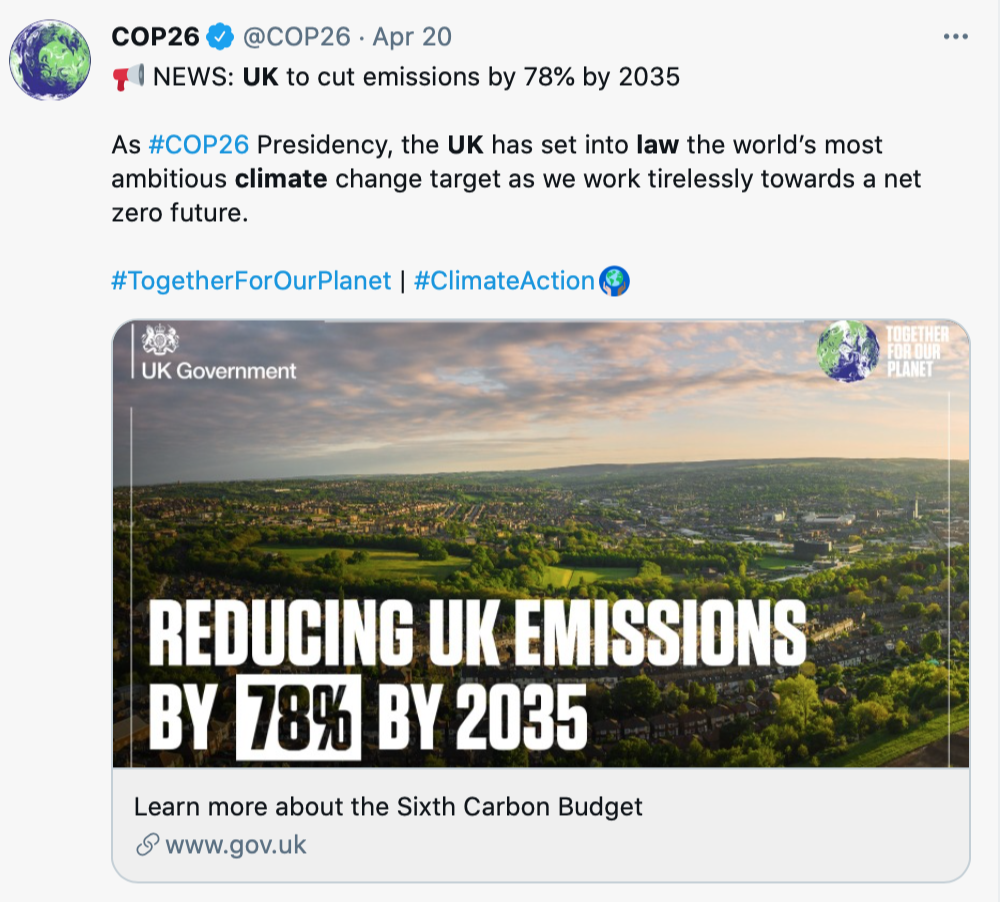 In the United States, President Joe Biden is gearing up to host 40 world leaders at the virtual Leaders Summit on Climate (23-23 April) to work towards agreement at COP26 later this year on key issues, including emissions reductions, finance, innovation and job creation, and resilience and adaptation.

The US health and medical sector is advocating strongly for the President to “go big” at COP26 with the Medical Society Consortium on Climate and Health, releasing a public letter stating:

As you consider the climate commitments that America will make later this year at COP-26 meeting in Glasgow — our Nationally Determined Contributions (NDCs) in the parlance of the Paris Agreement — we urge you to “go big” for our climate, and for our health.”

This letter was endorsed by all consortium members as well as nearly 50 additional health organisations including the American College of Physicians, the American Medical Association and Health Care Without Harm.

The Global Climate and Health Alliance has called on world leaders attending the summit to embed health in climate policy ahead of COP26.

In the European Union, negotiators from the European Parliament, European Commission, and member states have finalised a deal on a comprehensive new Climate Law which formalises its goal of achieving net zero emissions by 2050 and becoming the world’s first ‘carbon neutral continent’. 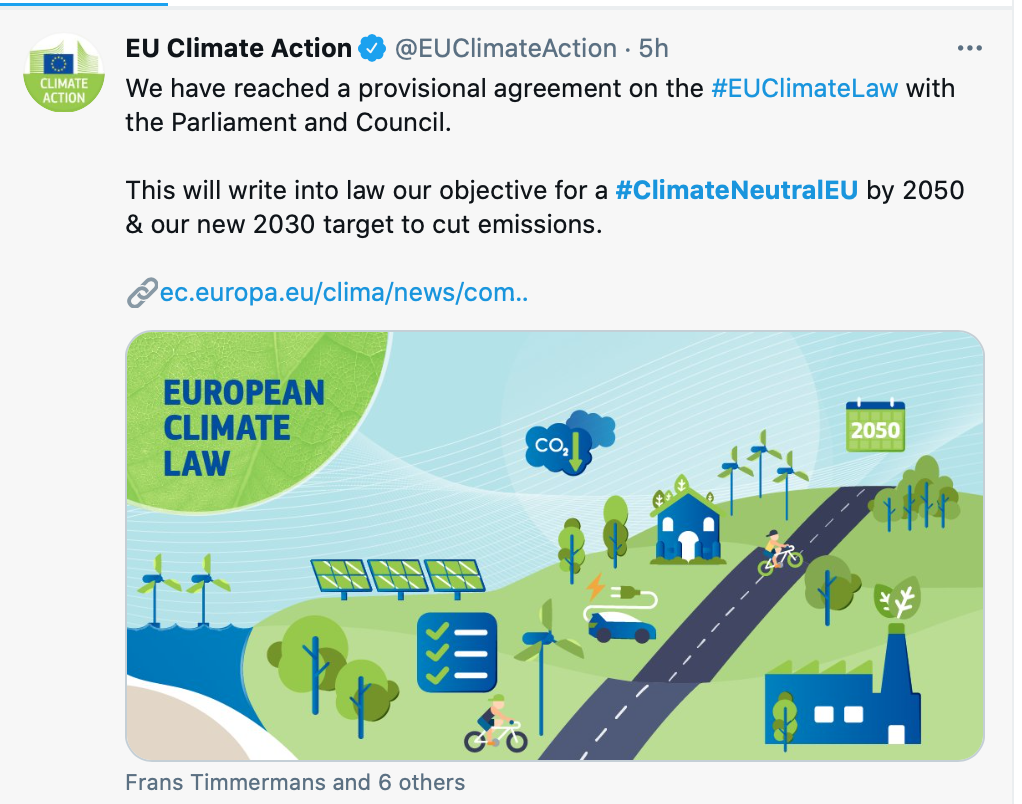 However, Australia is continuing to ignore international directions on climate action by investing in fossil fuels, according to speakers at a webinar hosted yesterday by the University of Technology, Sydney (UTS).

In introducing the webinar, Firth noted that UTS was one of the first Australian universities to sign up to United Nation’s Sustainable Development Goals and highlighted its new  Bachelor of Sustainability and Environment degree being offered in the arts and social sciences faculty.

She also highlighted the escalation of the climate crisis and the growing international support for a net zero emissions agenda.

The role of the legal and financial systems in facilitating action on climate was a key theme of the webinar.

Federal MP Zali Steggall discussed the progress of her private members bill Climate Change (National Framework for Adaptation and Mitigation) Bill 2020, currently before the House of Representatives. This bill would set a target of achieving net zero emissions by 31 December 2050 and establish an independent Climate Change Commission to oversee its implementation.

Steggall described how similar legislation has worked overseas to help countries adapt to climate impacts. She noted the importance of setting a long term agenda and establishing independent oversight of climate action in order to “take the politics out of it” and secure long-term policy and planning processes which outlast the political cycle.

The politicisation of the climate debate was identified by Stegall as a barrier to change, along with Australia’s high level of debt and system of political donations allowing interest groups to influence the policy agenda.

However, Stegall also emphasised the role that individual consumers can play in climate action:

Professor Robynne Quiggin agreed that the legal and financial systems were critical tools in addressing climate change, both operationally and at a policy level.

She described the “very traumatic and frightening” impact climate change is having on Indigenous peoples, including threatening many communities’ right to housing, employment opportunities and food security.

Quiggin highlighted the important role the financial sector plays in driving action on climate change, in particular due to the difficulties being faced by insurance companies dealing with the increasing likelihood of natural disasters.

She also described her work with the Australian Sustainable Finance Initiative (ASFI), which has produced a Roadmap setting out a pathway to a sustainable and resilient economy that prioritises human well-being, social equity and protection of our environment.

Breaking out of complacency

Speaking from Norway, Ketan Joshi argued that it would take more than a natural disaster for powerful people in Australia to break out of their complacency on climate.

He described how the lack of action by our political leaders, even in the face of extreme events such as the 2019-20 bushfires, leads to feelings of powerlessness and hopelessness in the community.

Along with the current Federal Government’s “marketing and spin” approach, Joshi argued that the lack of informed and accurate reporting on climate policy by the mainstream media was another barrier to effective action on this issue. 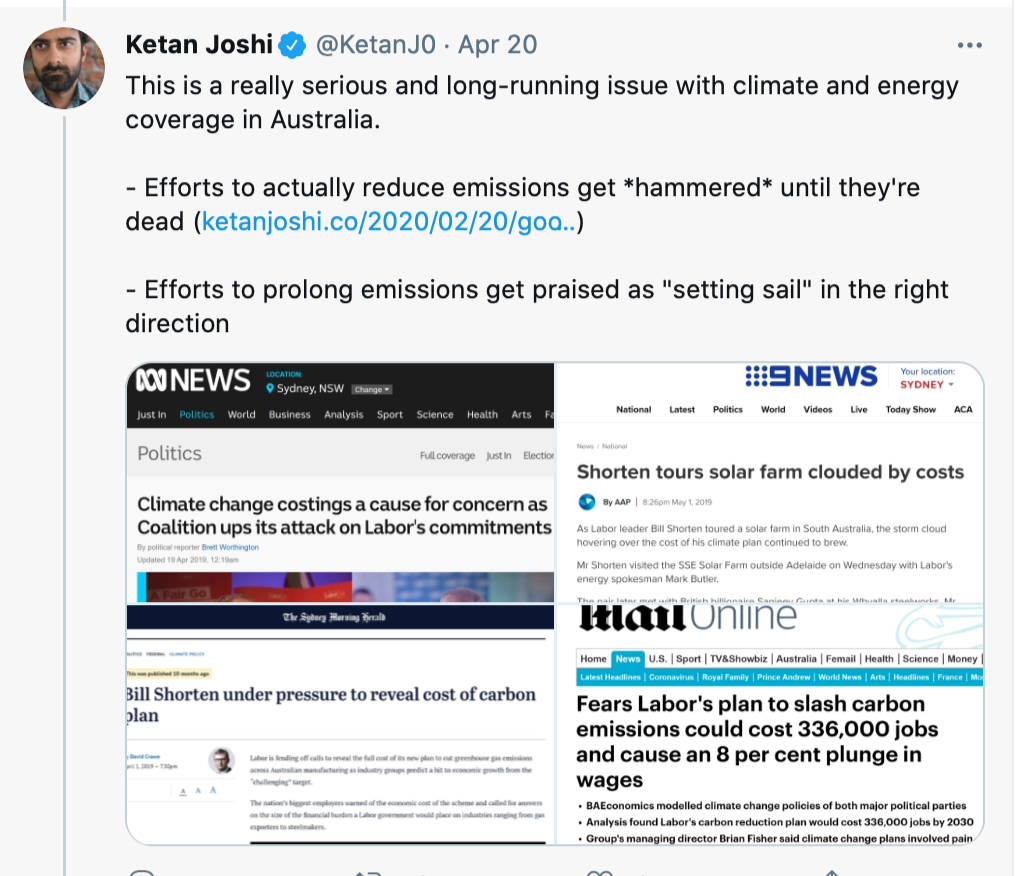 Despite this, he said that Australia manages to get more people on the streets protesting for climate action than many other nations, a sign that the community does care about this issue.

He urged participants to continue to advocate for change, despite the seemingly unreceptive environment, saying:

Every apocalypse is inevitable until it is cancelled. This one can be cancelled by the snowballing power of fairness, science and fury.”

PrevPreviousAged care reform: improving the transparency and accountability of funding
NextBack to the Fire – celebrating nursing and midwifery family on Larrakia CountryNext