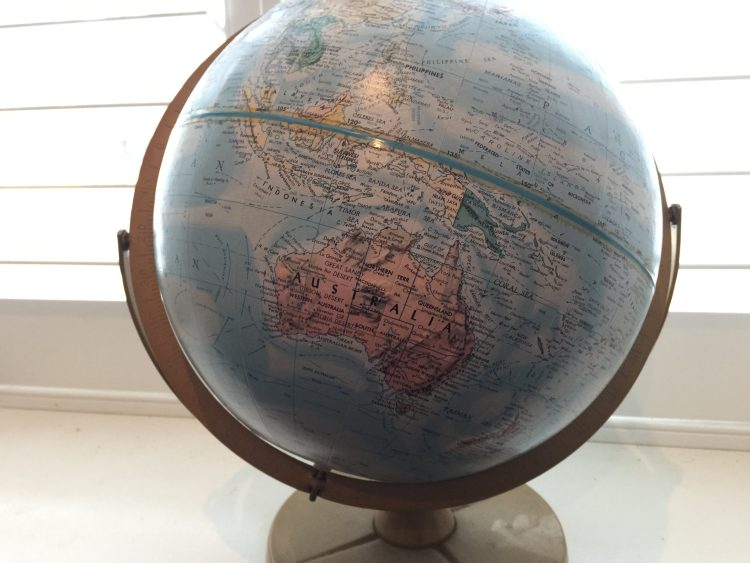 As deindustrialisation gathers pace, what does this mean for the health of local communities?

Ahead of a policy symposium in Adelaide this week, examining the impact of deindustrialisation on employment and health, some of the researchers involved give an overview below of how this global trend is playing out in local communities.

The symposium is timely, with the impending closure of General Motors Holden (GMH) in Playford in Adelaide, which is already one of the most deprived local government areas in Australia.

Make sure to follow @WePublicHealth this week, where a tag-team of tweeters from the Centre for Research Excellence in the Social Determinants of Health Equity will be sharing news from their ongoing research project, which aims to understand how government policies can work more effectively to address the social determinants of health (read more about their @WePublicHealth plans here).

They will also live-tweet the free symposium on ‘De-industrialisation: Employment, Health and Equity’.

Many communities globally are facing considerable changes to employment conditions as economies lose their traditional manufacturing base and attempt to transition to an economy based on advanced manufacturing and knowledge based industries.

This global phenomenon in which employment in manufacturing as a share of total employment is decreasing significantly across several economies is known as deindustrialisation.

This process brings challenges to communities, in particular when workers lose their employment. A longitudinal study of the impact of deindustrialisation on workers in British Columbia, Canada, for example, found that workers overall were exposed to unemployment over long periods of time following the closure of industrial centres.

This phenomenon is also happening in Australia, particularly in South Australia. The latest manufacturing loss for the state is General Motors Holden (GMH), which will close its doors in October 2017.

The closure will lead to loss of employment from the factory itself and also at many of the associated businesses. GMH is located in Playford in Adelaide, which is already one of the most deprived local government areas in Australia. As one of the largest employers in Playford, the loss of GMH manufacturing jobs is predicted to hit the community hard.

The impacts of this type of precarious employment and unemployment on health are clear. In 2008 the WHO Commission on Social Determinants of Health summarised a wealth of evidence demonstrating that mortality is significantly higher among workers in temporary positions compared to those in permanent positions and that precarious employment is associated with worse mental health.

This is playing out in South Australia. After the first year of the commencement of redundancies at the Mitsubishi plant, 44 percent of workers reported poor mental health status – twice that of the general Australian population [Beer, Baum at al 2006].

The mental health outcomes for the General Motors Holden workers are not likely to be any better and potentially may be worse because the general economic climate now is worse than at the time Mitsubishi closed.

Given the economic changes faced by South Australia and other similarly deindustrialising areas across the country, the potential impacts of the changing nature of employment on health and communities are vitally important to consider.

The NHMRC Centre for Research Excellence on Health Equity is conducting research on how the GMH closure is likely to affect health equity in Playford and the broader northern region of South Australia, and whether the policy responses so far are adequate.

This research is taking a complex systems approach which involves exploring the associations within interconnected and interdependent networks rather than looking at simpler cause-effect models.

As part of this focus on the links between de-industrialisation, employment and health, the CRE is hosting a Policy Symposium on this issue on Thursday 21st September at Flinders University.

The symposium will bring together employment, labour market and health equity experts and community and policy stakeholders to share their expertise and explore the anticipated social and health effects of changing employment conditions in South Australia.

International experts – Professors Jennie Popay (University of Lancaster) and Ron Labonte (University of Ottawa) – will share their expertise on the community health impacts of economic shocks and globalisation more broadly, and how communities and policy makers and practitioners can respond.

Discussions throughout the day will explore the potential economic, social and health equity implications of the GMH closure for Playford and South Australia, which groups in the community are likely to be most affected by the changes, and will reflect on the policy response so far and how it might be improved. Paul Barclay from ABC Radio Nation will also host and record a ‘Big Ideas’ panel session.

• Make sure to follow @WePublicHealth this week for discussions on related matters, and coverage of the symposium.

PrevPrevious“Please don’t let this happen to me” – too much medicine at the end of life
NextLaying down the euthanasia challenge to the palliative care field: are you ready?Next