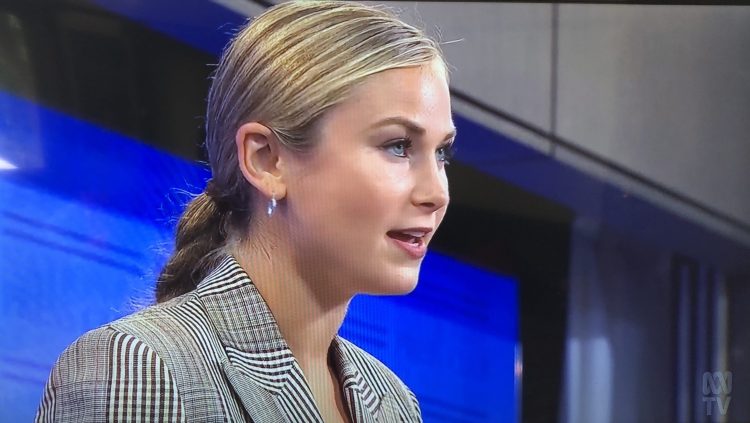 As Grace Tame speaks up, an expert explains trauma-informed care and says victim-blaming must stop

As sexual violence against women dominates the news headlines, a specialist counsellor has called for sexual assault survivors to be heard, to be believed, and to be told what happened is not their fault.

Below we publish two articles: Croakey editor Linda Doherty reports on the latest developments from Canberra and elsewhere; and Neeraja Sanmuhanathan, Senior Sexual Assault Counsellor at Royal Prince Alfred Hospital in Sydney, explains the importance of trauma-informed care in a piece first published at The Conversation.

Australian of the Year Grace Tame has called for a uniform national standard and definition of sexual consent and more education about grooming to eradicate the “heinous crimes” of sexual assault.

“To our government, our decision-makers and our policymakers we need reform on a national scale, both in policy and education,” Tame told the National Press Club in Canberra today.

“We have eight different state and territory jurisdictions and eight different definitions of consent. We need to agree on something as absolute as what consent is. Only then can we effectively teach this fundamentally important principle consistently around Australia.”

Tame said there needed to be more awareness and education for children around the dangers of grooming, often described as the preparation phase of sexual assault, because “we rarely hear about it”.

The issue of sexual consent among teenagers has rocked Sydney recently after a former private school student, Chanel Contos, started an online petition asking young women if they had been sexually assaulted by students from private boys’ schools. The petition currently has more than 4,000 testimonials from current and former schoolgirls and has forced principals and education leaders to urgently address sexual consent education – or the lack of it – in their schools.

Tame’s powerful speech to the National Press Club was delivered just hours before Attorney-General Christian Porter repeatedly denied allegations he raped a 16-year-old girl at Sydney University in January 1988 when he was 17.

Porter said the alleged offences “simply did not happen” and refused to stand down as a Minister or support an independent inquiry into the allegations. He said he would take a few weeks’ leave to deal with his mental health.

Journalists at the National Press Club noted that two rape allegations had been made against political figures just weeks after Grace Tame was named Australian of the Year for her advocacy for sexual assault survivors and her work in overturning Tasmanian laws that stopped her from speaking out about being repeatedly raped by a 58-year-old teacher when she was 16.

Tame did not comment specifically on allegations by former Liberal staffer Brittany Higgins that she was sexually assaulted by a male colleague in the office of Defence Minister Linda Reynolds in 2019. But she said sexual assault “happens everywhere” and was not unique to Parliament House.

“It’s not surprising to me at all. Cover-up culture, the abuse of power, is not unique to Parliament,” she said.

Asked about Prime Minister Scott Morrison’s discussion about Brittany Higgins’ allegations with his wife, Jenny, and his subsequent media response that he was responding as a “father”, Grace Tame said: “It shouldn’t take having children to have a conscience. And, actually, on top of that, having children doesn’t guarantee a conscience.”

She labelled as “unhelpful” comments last week by the Chief of the Defence Force, Angus Campbell, to ADF cadets that they should avoid making themselves “prey” to sexual assault.

“That feeds the idea that this is something that a victim has to foresee and stop themselves, if they’re to blame. And that is really unhelpful,” she said. 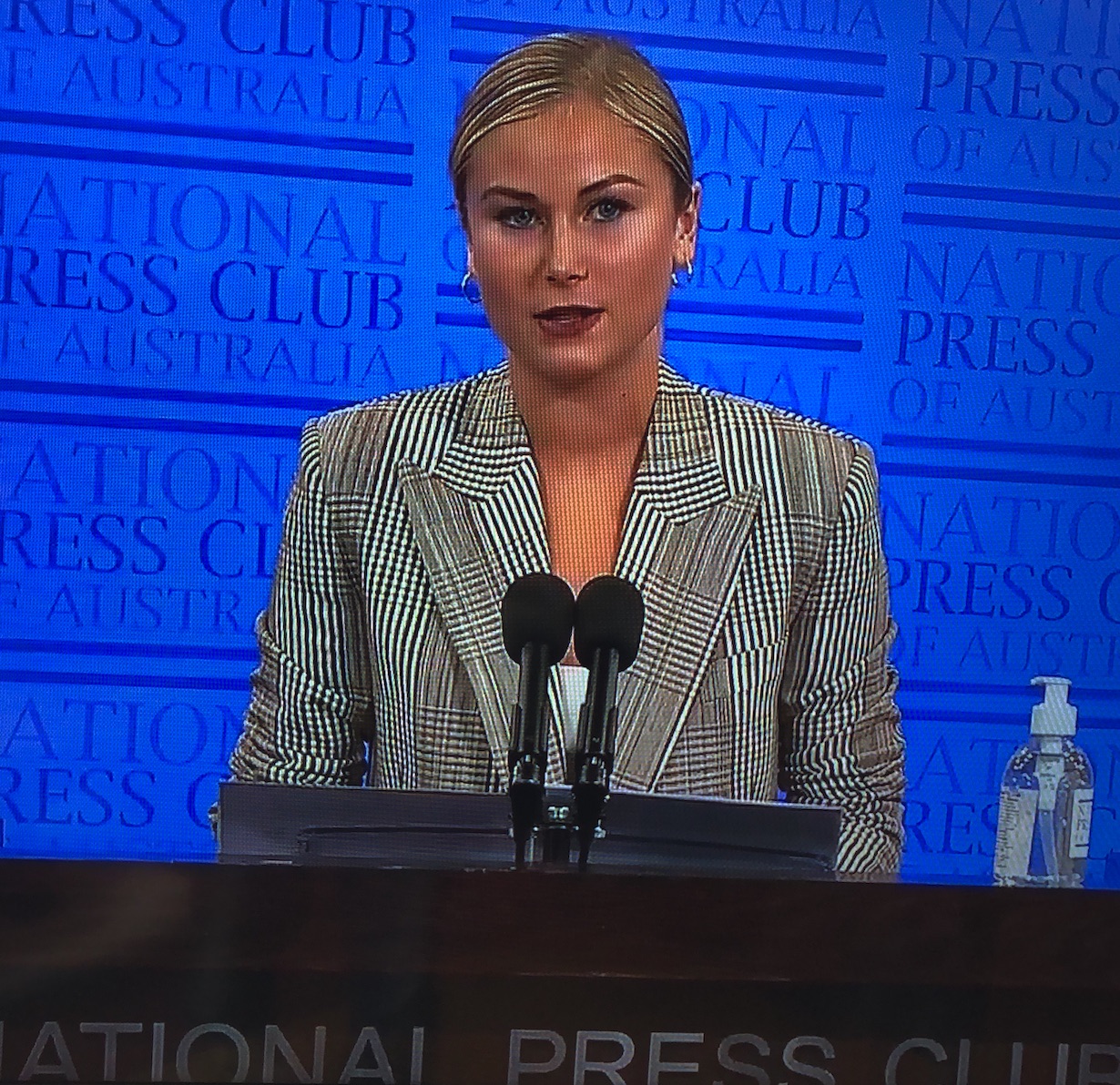 Grace Tame’s message to the media was to be more sensitive and careful when dealing with survivors of abuse to prevent re-traumatisation, exploitation and “commodification of our pain”.

“Listening to survivors is one thing, repeatedly expecting people to relive their trauma on your terms without our consent, without prior warning, is another,” she said.

“Grant us the respect and patience to share them on our terms rather than barking instructions like: ‘Take us back to your darkest moment’ and ‘Tell us about being raped’.”

Tame said it took an average of 23.9 years for survivors of child sexual abuse to speak about their experiences.

The Victorian Minister for Prevention of Family Violence, Women and Aboriginal Affairs, Gabrielle Williams, tweeted today that public discussions about sexual assault, abuse and harassment can be traumatic for survivors “who carry the ongoing pain of abuse, and loved ones”.

“You might be feeling overwhelmed, anxious, numb, angry, distressed or upset. This is normal,” she tweeted.

As a senior sexual assault counsellor working with Sydney’s Royal Prince Alfred Hospital, I often sit across from people on the worst day of their life.

The trauma of being sexually assaulted is an experience filled with violence. It transforms a person’s sense of safety, their worldview and their relationships with others.

When survivors come forward to disclose a sexual assault, they are frequently met with more questions than support in our communities. As a result, silence can be a form of survival.

Empathy for the perpetrator contributes to victim-blaming. Victim-blaming can also occur when we try to distance ourselves from the horrific nature of the crime. We can’t imagine this happening to us, therefore it must have happened to someone who is inherently different to us. It can be hard to accept these violations take place in our very own backyard.

Higgins’s brave disclosure is in spite of the social factors that exist to silence survivors.

It’s impossible to be ‘the model victim’

In Australian society, we often expect sexual assault survivors to show just enough emotion for us to believe them, but not so much they seem hysterical or attention-seeking.

The Goldilocks dilemma of being the perfect victim or survivor is extraordinarily difficult to navigate. It’s little wonder many victims wait decades to come forward, or decide not to report a sexual assault at all.

With public attention focused on recent allegations of sexual assault, it’s the right time to be asking why survivors don’t always come forward straight away. 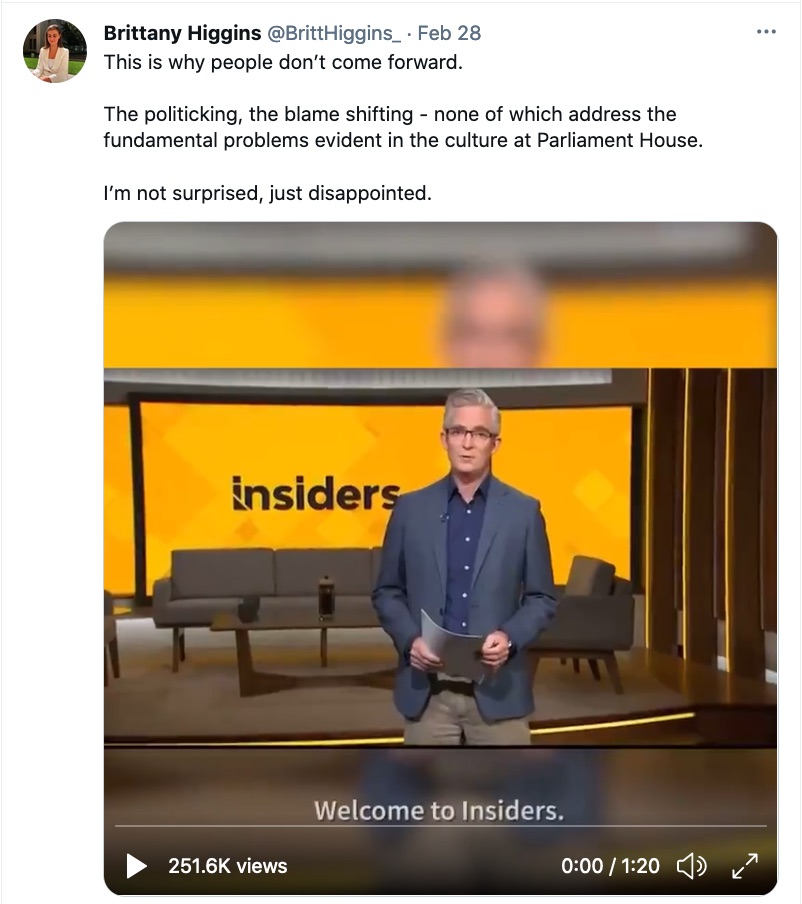 When a disclosure is met with negative responses, it can lead to feelings of shame for survivors. Negative responses to a disclosure have been labelled as the “second rape” incident, a phenomenon known as secondary victimisation. Survivors who experience negative social reactions after coming forward are more likely to have symptoms of post-traumatic stress disorder (PTSD).

Indigenous, culturally and linguistically diverse, and LGBTIQA+ women may face further reporting barriers. These can include greater stigma in their communities, reduced access to services, and previous negative experience with the judicial system. 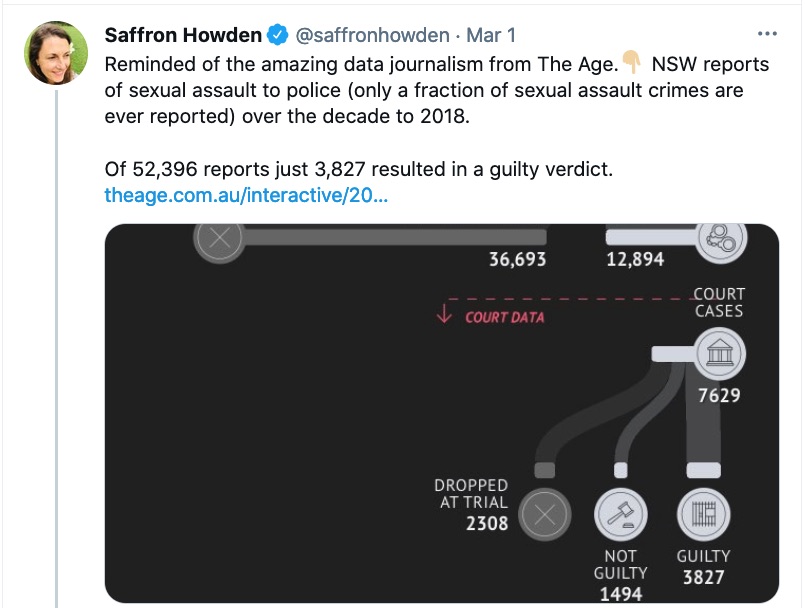 We need to build a culture of acceptance

In my role as a sexual assault counsellor in community health, I practise “trauma-informed care”. This is a survivor-oriented approach and is underpinned by principles of safety, empowerment, choice, collaboration, and understanding of culture. It places the survivor as the expert on their own life.

It is important for sexual assault survivors to be heard, to be believed, and to be told what happened is not their fault.

Many women feel angry at themselves they’d frozen rather than fighting back during an assault. However, the act of freezing is the most protective response we have to avoid further injury when in danger.

During the counselling session, we talk about the option to collect evidence, disclose to the police, and how to safely tell loved ones if that’s what a survivor wants to do.

Maximising choices for survivors in every decision allows them to feel empowered and gain back control.

Statistics may shock us, but stories provide a face to suffering. Every survivor who shares a story of sexual assault indirectly speaks to another survivor and gently reminds them they are not alone.

However, every negative response also speaks to a survivor. There is no perfect victim or survivor, and no perfect trauma response. As a society, we have a collective responsibility to create safe spaces that help build a culture of acceptance rather than a culture of shame.

A survivor’s choice to disclose should be solely based on their readiness to share their story.

This article was first published at The Conversation, under the headline, ‘I’m a sexual assault counsellor. Here’s why it’s so hard for survivors to come forward, and what happens when they do’.

Note from Croakey: The spelling of the name of Chanel Contos was corrected after publication.

PrevPreviousLook at all these health and medical experts: what do they know about climate change?
NextWorld Obesity Day: time to take action on junk food advertising to childrenNext