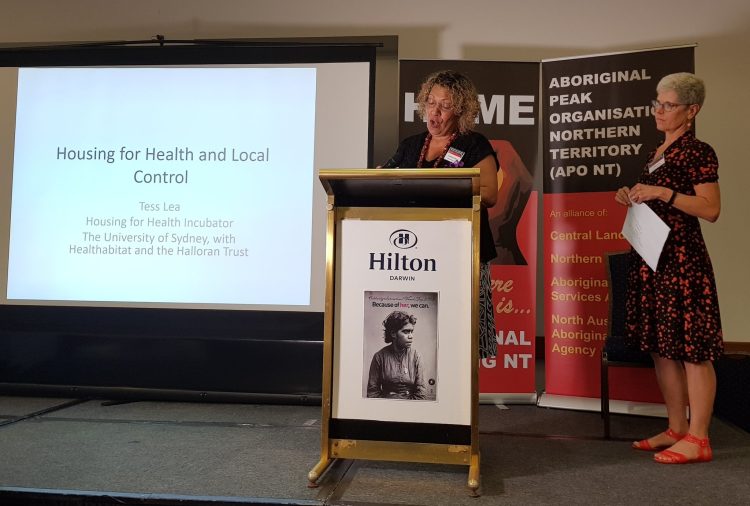 As homelessness grows, community control the answer in Aboriginal housing

Returning control of Aboriginal housing to community hands is essential to meaningful progress on health, education, employment and community sustainability in the Northern Territory, a summit heard in Darwin earlier this month.

The NT Housing Forum brought together almost 200 delegates from some 62 organisations across the Territory and nationwide to discuss issues including intergenerational housing inequity. Some 30 per cent of the NT’s young and fast-growing population is Aboriginal, 80 per cent of whom live in remote areas. Critically, Aboriginal people account for 100 per cent of remote tenancies and 50 per cent of those in urban areas.

Policy and funding is inconsistent across locations, from remote and regional communities and homelands to outstations and town camps, and remote communities in particular are facing funding uncertainty, with the Commonwealth National Partnership Agreement on Remote Housing (NPARH) set to lapse from July 1.

“The shift to a public housing model has seen reduced control and loss of Aboriginal employment, and no improvement in Closing the Gap targets,” said Barbara Shaw, co-chair of Aboriginal Housing NT.

“We know that housing is fundamental to the health and wellbeing of our families and communities, and to outcomes in education, employment and community sustainability.”

#AHNT18 Tess Lea from the Housing for Health Incubator being introduced at the NT Aboriginal Housing Forum. pic.twitter.com/usKjcQ61Gt

NT Chief Minister Michael Gunner was among those in attendance at the forum, and Shaw said his address to delegates was seen as a “positive and productive dialogue”, with Gunner voicing his support for an Aboriginal community-controlled peak housing body for the NT.

The chief minister also pledged $1.1 billion over the next decade for Aboriginal housing in the NT.

Tobias Nganbe from the Rak Klrnmu clan told Mr Gunner to “stop pretending” and spend more time in communities. “The reality is this is about me and my grandkids,” he said. “When is it going to be time to come down and really walk the walk?” @TheNTNews: https://t.co/D42kdPR44N

The forum took aim at the Federal Government over the NPARH impasse, accusing it of “appear(ing) to walk away from commitments made by successive Commonwealth governments over the past 40 years.” NPARH itself had failed to deliver an overall increase in housing stock, and forward funding was significantly less than provided under this agreement, the forum heard.

In a communique following the summit, delegates called for an “outcomes-framed, evidence-based approach” with consistency of funding acknowledging the diversity of living and lived experiences across the NT.

In collaboration with Aboriginal peak bodies, the delegates urged the Territory government to “return control of all housing functions, in a staged approach, to Aboriginal community-controlled organisations.”

They also called for:

Homelessness on the rise

Underscoring the importance of sustainable solutions for housing was Census data out on Wednesday showing a 4.6 per cent rise in homelessness in Australia over the past five years, with roughly 50 homeless people for every 10,000 Australians.

People living in conditions of severe crowding (where four or more extra bedrooms would be required to accommodate all the people living there) were the main driver of this increase, according to the Australian Bureau of Statistics. 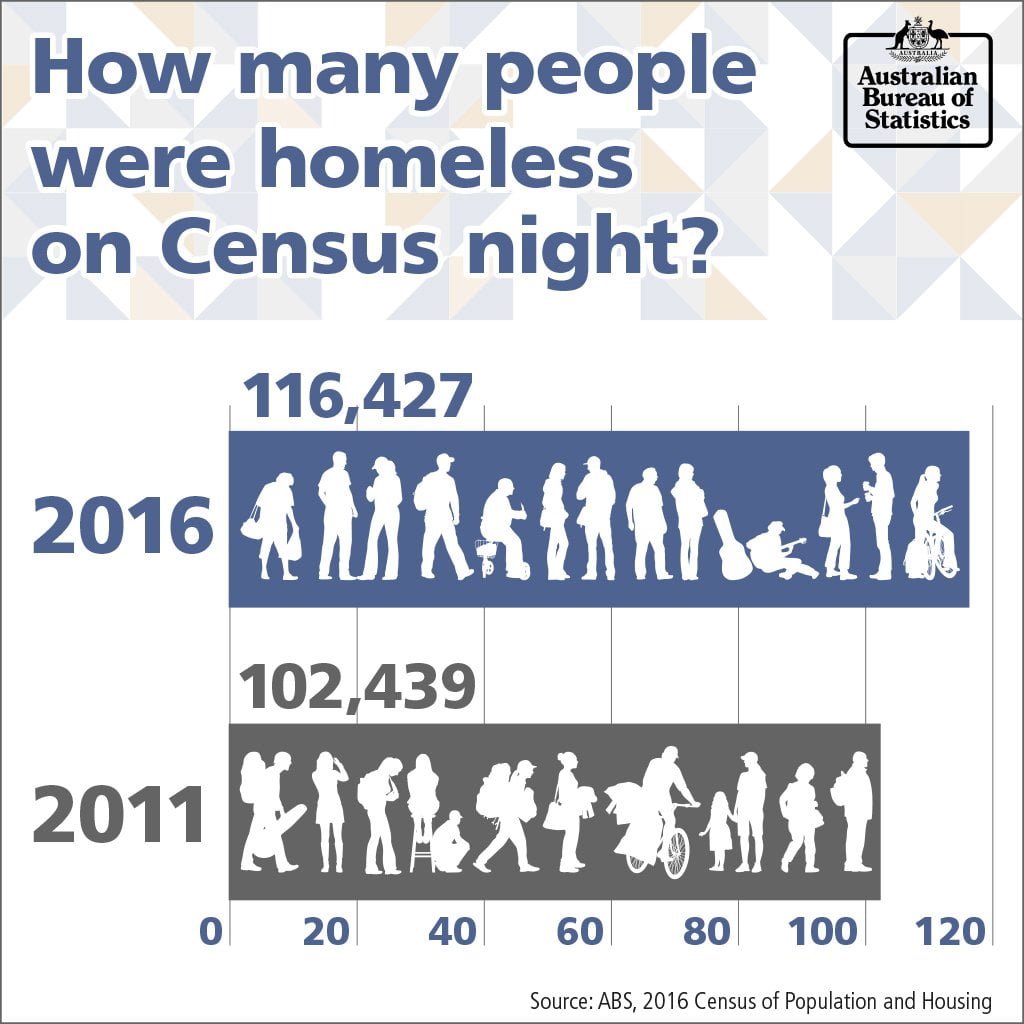 Of the 116,000 individuals considered homeless on Census night, 23,437 or one in five were Aboriginal or Torres Strait Islander people. More than two-thirds of these were living in conditions of severe crowding.

In the Northern Territory, homelessness remains at about 12 times the national average, and it will take at least 20 years to bring this down to parity. Of the Territory’s almost 14,000 homeless, some 23 per cent are kids younger than 12.

Homelessness in Australia has risen a frightening 14% in 5 years. The latest census data says there are now more than 116,000 Australians without homes – up from 102,000 in 2011 #Auspol #SpringSt #homelessness pic.twitter.com/Gl2MNyEdYr

The only real solution to homelessness is to increase permanent, affordable, quality community housing options. Short term rentals and crisis accomodation will not permanently end homelessness

For 116,400 Australians, the numbers just don’t add up – paying the bills, putting food on the table, covering rent and dealing with unexpected life costs has pushed them into homelessness. #census2016

St Vincent de Paul Society CEO John Falzon said there was only so much that charities could do, and urged government action on the following fronts:

“Rental affordability is at crisis point for people on low incomes or the minimum wage,” said Goldie. “Children with their parents, young people, workers and older people are living in cars, in boarding houses and on other people’s couches.”

“Many households are paying around 50% of their income on rent, leaving them unable to pay for basics like food and electricity … People are choosing between feeding themselves or their children; paying an energy bill or covering the cost of dental care.”

As a matter of urgency, ACOSS called for Newstart and related payments to be increased, and investment in social housing and affordable rentals. It also urged the establishment of an independent body to monitor and evaluate housing and homelessness.

Goldie said the situation illustrated how critical it was that the Federal Government not walk away from agreements like the NPARH “which is a critical part of addressing the affordable housing crisis for Aboriginal and Torres Strait Islander people in remote communities.”

PrevPreviousAhead of 8th National Health Reform Summit, where is the focus on health equity in national policy debate?
NextAn STI epidemic in young people does not signal sexual abuseNext