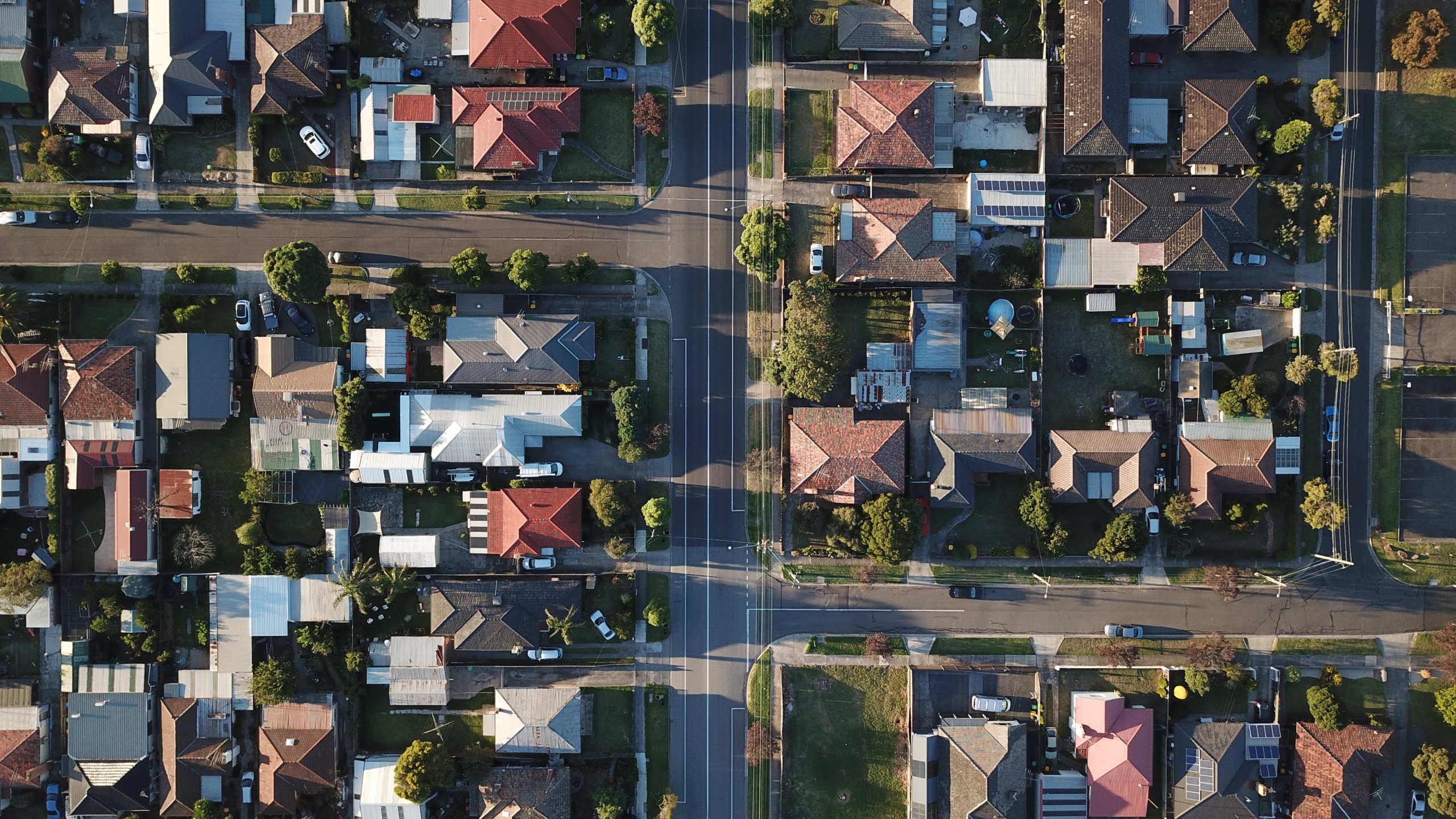 Photo by Tom Rumble on Unsplash

As housing hits NSW election agenda, the Federal Government needs to do more

Introduction by Croakey: In the lead up to the New South Wales election in March, the NSW Labor Party has announced a range of polices aimed at making housing more affordable, with opposition leader Chris Minns stating “we have a housing crisis that needs urgent attention”.

Some of the policies include abolishing or significantly reducing stamp duty for first homebuyers and delivering more affordable rental housing in regional NSW. Labor also announced that, if elected, they will merge the Land and Housing Corporation, Aboriginal Housing Office and DCJ Housing into one agency called “Homes NSW“.

Some experts have raised concerns that the removal of stamp duty may actually drive up house prices.

Meanwhile, experts from the Grattan Institute have issued a clear call for Federal Government action to address inequality by making housing less expensive.

The Federal Government should reduce the capital gains tax discount, abolish negative gearing and ensure the new National Housing Accord sets targets for new construction and pays the states for each home built above a baseline, they say.

Their article below was first published by The Conversation under the headline ‘How housing made rich Australians richer, leaving renters and the young behind’.

Croakey encourages readers to join us in using the hashtag #NSWvoteshealth2023 ahead of the NSW election, as we put a focus on health equity and health in all policies – including the importance of housing for health and wellbeing.

Compared to the rest of the world, income inequality is not particularly high in Australia, nor is it getting much worse – until you include housing.

Rising housing costs have dramatically widened the gap between what Australians on high and low incomes can afford. Rising home prices paired with plummeting rates of home ownership are driving up wealth inequalities.

If we want to address inequality, we will have to fix housing.

Housing is draining the incomes of the poor

People on low incomes, who are increasingly renters, are spending more of their incomes on housing.

The inflation-adjusted incomes for the lowest fifth of households increased by about 26 percent between 2003-04 and 2019-20. But more than half of this was chewed up by skyrocketing housing costs, with post-housing incomes climbing only 12 percent.

In contrast, the real incomes for the highest fifth of households increased by 47 percent, and their after-housing incomes by almost as much: 43 percent.

Wealth inequality in Australia is still below the OECD average but has been climbing for two decades.

While average full-time earnings have doubled over the past half-century, home prices have quadrupled.

Median net wealth for non-homeowning households is a lowly $60,000.

Housing is driving up capital income

As housing has become more expensive, it’s the wealthier Australians who own more housing who have benefited the most.

Economists Josh Ryan-Collins and Cameron Murray estimate that up until June 2019, in more than half of the previous 30 quarters the median Sydney home earnt more than the median full-time worker.

In other words, a relatively low-risk, low-effort investment provided greater returns than a year of hard work.

The growing divide between the housing “haves” and “have nots” is being entrenched as wealth is passed onto the next generation.

And the swelling of national household wealth to a total of $14.9 trillion – increasingly in the hands of the baby boomers and older generations – means there is an awfully big pot of wealth to be passed on.

Big inheritances boost the jackpot from the birth lottery, the jackpot that underlies the Jane Austen novels set in the early 19th century. It was a world in which none of the rich got rich by working.

Among the Australians who received an inheritance over the past decade, the wealthiest fifth received on average three times as much as the poorest fifth.

And inheritances are increasingly coming later in life. As the miracles of modern medicine have extended life expectancy, the most common age in which to receive an inheritance has been late fifties or early sixties – much later than when the money is needed to ease the mid-life squeeze of housing and children.

Large intergenerational wealth transfers can change the shape of society. They mean that a person’s economic position relates more to who their parents are than to their own talent or hard work.

To unwind inequality, we need to make housing less expensive. 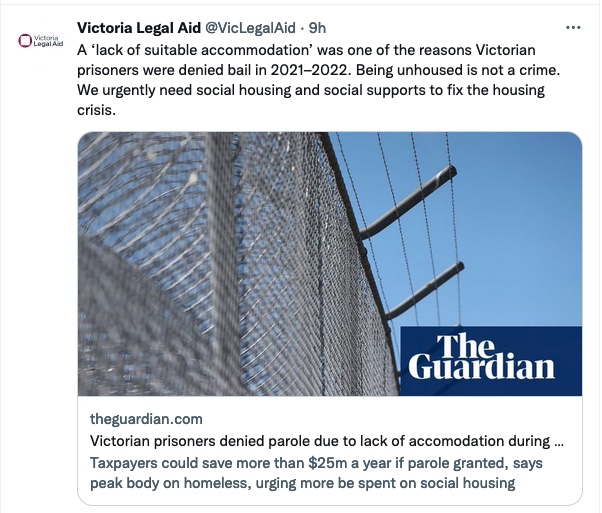 The Federal Government should start by reducing the capital gains tax discount and abolishing negative gearing.

The effect on property prices would be modest – roughly two percent lower than otherwise – but the impact on home ownership would be a lot larger over time, as first home buyers begin to outbid investors at auctions.

Australia hasn’t built enough housing for its growing population, because the construction of new homes has been all too often constrained by planning rules.

Planning is a state responsibility, and easing planning restrictions is hard for state governments because many residents don’t want more homes near theirs.

That’s why the Federal Government should make it worth the states’ while via the new Housing Accord that sets targets for new construction and pays the states for each home built above a baseline.

Grattan Institute calculations suggest that if an extra 50,000 homes were built each year for the next ten years, national home prices and rents would be 10-20 percent lower than otherwise.

Auckland’s large-scale re-zoning in 2016 saw an extra five percent of the housing stock built in five years. We could do something like it here.

Correction: an earlier version of this piece put the value of national household wealth at $14.9 billion. The value is $14.9 trillion. 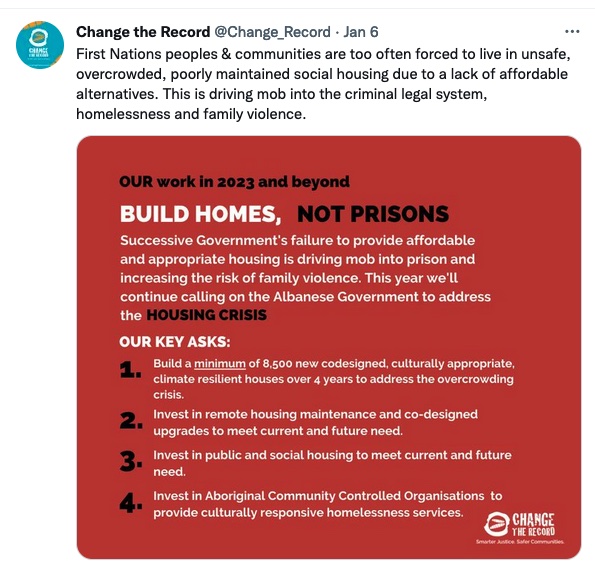 Brendan Coates is Economic Policy Program Director at the Grattan Institute. Coates does not work for, consult, own shares in or receive funding from any company or organisation that would benefit from this article, and has disclosed no relevant affiliations beyond their academic appointment.

Joey Moloney is a Senior Associate in Grattan Institute’s Economic Policy program. He is an economist with experience in public policy research and implementation. 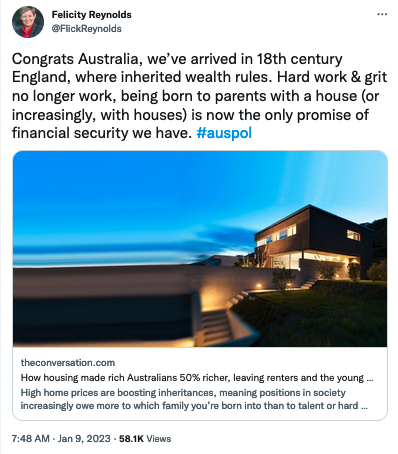 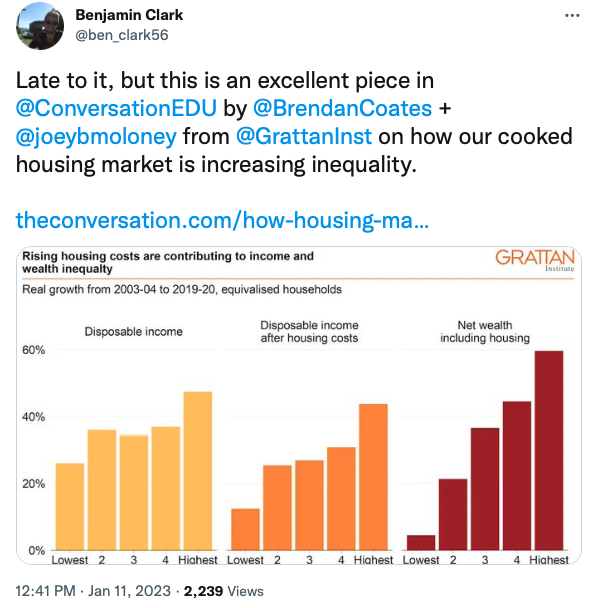 More articles on the housing crisis at The Conversation:

The rent crisis is set to spread: here’s the case for doubling rent assistance

As international students flock back, they face even worse housing struggles than before COVID

See Croakey’s archive of articles on housing and health.

PrevPreviousElectric dreams: on the road, together
NextPublic health perspectives on the Voice to Parliament and Uluru StatementNext