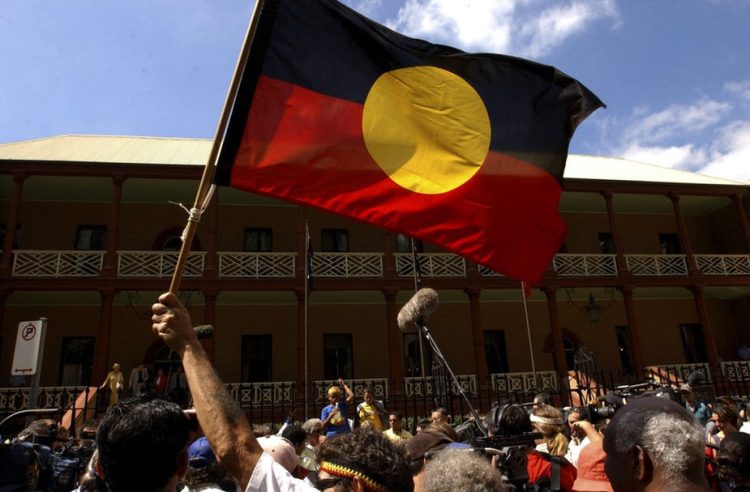 In the face of shocking over-incarceration of Aboriginal and Torres Strait Islander people, Indigenous health and legal groups have been arguing for the need to introduce a justice target in the Closing the Gap Refresh, on the agenda for the Council of Australian Governments (COAG) meeting in Adelaide today.

In the article below, first published at The Conversation, Sophie Russell and Professor Chris Cuneen note that the Federal Government is yet to respond to the Australian Law Reform Commission report, Pathways to Justice – Inquiry into the Incarceration Rate of Aboriginal and Torres Strait Islander People, delivered a full year ago.

They look to the solutions being offered and endorsed in the report through Justice Reinvention, particularly in the ground-breaking program being run in the remote New South Wales community of Bourke, which is seeing significant benefits.

The over-incarceration of Aboriginal and Torres Strait Islander Australians is one of our nation’s most significant human rights concerns.

Data released last week show the number of people imprisoned in Australia has continued to rise. The rate of Indigenous incarceration has increased by 45% since 2008.

It is a national shame that Aboriginal and Torres Strait Islander Australians make up 2% of the total Australian population, but 28% of the adult prison population.

The picture is particularly stark for Indigenous children. They make up 7% of the general youth population but 54% of those in youth detention across Australia. This ranges, on average, from 15% in Victoria to 97% in the Northern Territory.

The staggering over-representation of Indigenous people in prison was the focus of the Australian Law Reform Commission report Pathways to Justice – Inquiry into the Incarceration Rate of Aboriginal and Torres Strait Islander People. The report was delivered to the federal attorney-general in December 2017. A year later, the government has yet to respond.

What did the inquiry recommend?

Two key recommendations involved “justice reinvestment”. Justice reinvestment is a strategy for reducing the number of people in prison by investing funds drawn from the corrections budget into early intervention, prevention and diversionary solutions in communities where many prisoners come from and return to.

Justice reinvestment involves working with a community to design local solutions to overcome the drivers of crime and incarceration.

The inquiry recommended an independent justice reinvestment body be set up with Aboriginal and Torres Strait Islander leadership. This would provide technical expertise and promote the reinvestment of resources from the criminal justice system into community-based initiatives.

The project is building a safer and stronger community. This has led to significant reductions in crime and reoffending. From 2016 to 2017, the Bourke community experienced a:

A KPMG impact assessment found the Maranguka project achieved savings of A$3.1 million in 2017. Two-thirds of that relates to the criminal justice system and one-third is the broader economic impact in the region.

The financial impact of the project is about five times greater than its operational costs. If Bourke is able to sustain just half the 2017 results, an additional gross impact of A$7 million over the next five years could be achieved.

Community leaders, academics and representatives from businesses, nongovernment organisations and government attended a national justice reinvestment forum in Canberra last week. The message from the forum was clear: solutions to reduce Indigenous imprisonment need to be community-designed and driven, with government support.

Research has found a large portion of prisoners come from and return to a small number of inadequately resourced neighbourhoods and communities. It is well known that prisons are filled with people who are disproportionately disadvantaged and who have unmet social, health and disability-related needs.

Research has also shown that prison does not reduce crime. It actually perpetuates cycles of poverty, disadvantage and reoffending.

Read more:
FactCheck Q&A: are Indigenous Australians the most incarcerated people on Earth?


It costs almost A$300 a day to keep an adult in prison. The average cost of locking up a young person is almost five times that amount.

Aboriginal and Torres Strait Islander over-incarceration cost the Australian economy an estimated A$7.9 billion in 2016. These costs are expected to grow to A$9.7 billion in 2020 and A$19.8 billion by 2040, if we continue on the same trajectory.

Australia cannot afford the social, health and economic costs of over-imprisonment of Aboriginal and Torres Strait Islander Australians. Strong, healthy and connected communities are the most effective way to prevent crime and make communities safer. Justice reinvestment offers a pathway to achieve this.