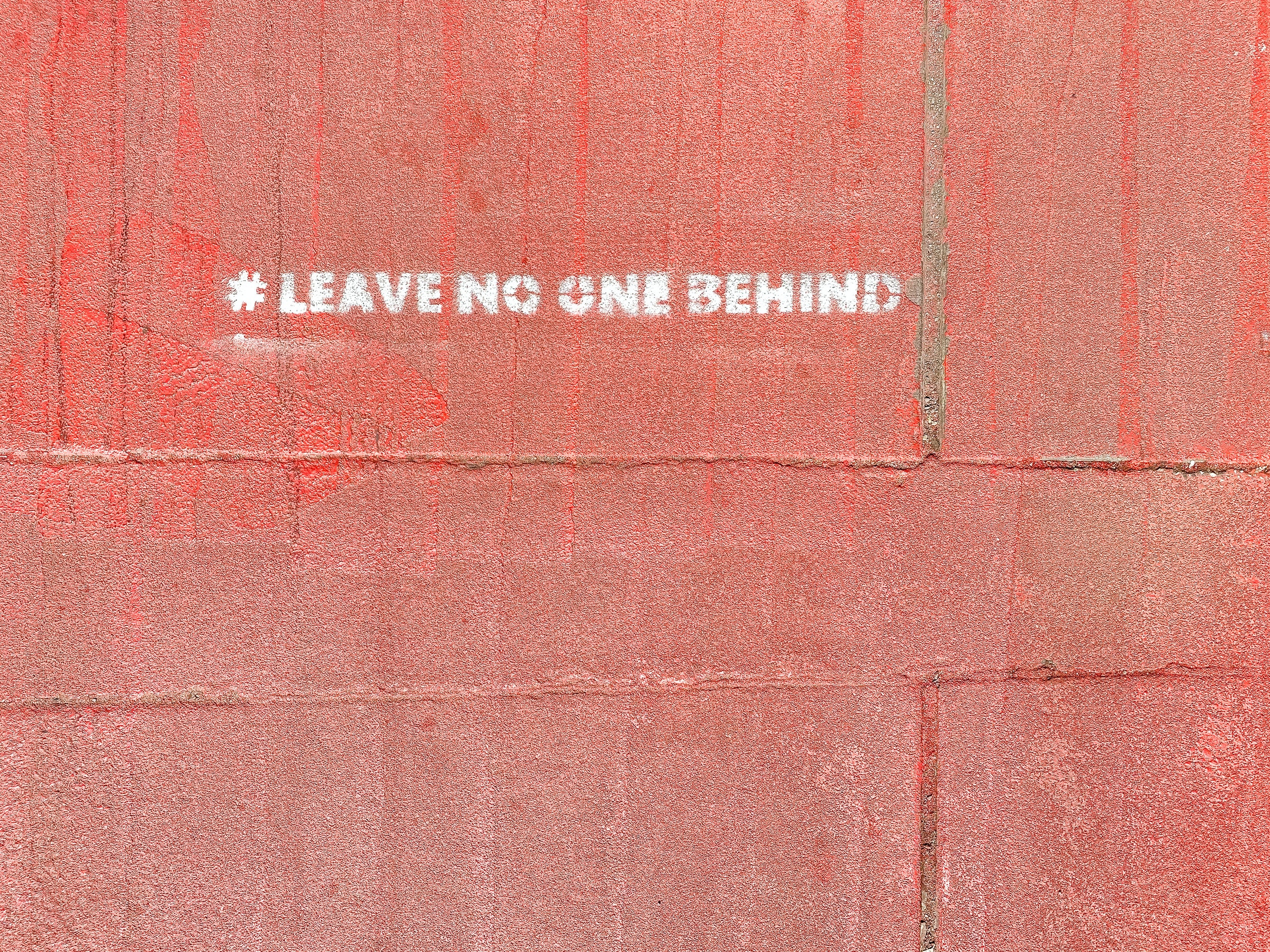 A message for National Cabinet. Photo by Etienne Girardet on Unsplash

Introduction by Croakey: On 14 June, Treasurer Dr Jim Chalmers tweeted that COVID had finally caught up with him and he would be working from home while “in iso”.

As state and federal leaders prepare to meet on Friday, with the national health crisis high on the agenda, the Treasurer’s diagnosis is a powerful reminder that Australia’s high rates of COVID transmission are a threat to productivity as well as to human health and wellbeing, and the sustainability and future of health systems and workforces.

As well as stepping up public health and prevention responses to COVID, the nation’s leaders would be well advised to also consider how best to tackle related inequalities through economic and social supports. That’s one suggestion from a recent examination of the pandemic and mental health, during the recent Royal Australian and New Zealand College of Psychiatrists Congress.

Dr Amy Coopes reports below for Croakey News Conference Service. Bookmark this link for ongoing reports from the Congress.

While restrictive public health responses to COVID-19 clearly had an impact on the mental health of Australians, we fared much better than comparable countries. Government interventions supporting jobs and income were key, experts told a recent meeting of trans-Tasman psychiatrists in Sydney.

There was also a marked social gradient hidden within the data, with suicide rates holding stable among Australia’s middle to upper-income earners but more than doubled among the poorest and most disadvantaged, underscoring the significance of mental health’s social determinants.

The vast socioeconomic differences highlight the need to gain a better understanding of the drivers by collecting appropriate data for effective policy responses for suicide prevention.

These were some of the standout messages of a pandemic-themed symposium at last month’s Royal Australian and New Zealand College of Psychiatrists’ annual congress, a hybrid online-in person event which was the first substantive meeting of the specialty since the global outbreak began.

Now into its third year, the COVID-19 emergency has exacted a steep toll in terms of global mortality, recently passing the grim milestone of six million deaths, which is broadly agreed to likely be a significant underestimate of the true figure. More than 500 million infections have been confirmed worldwide since late 2019.

What has made fewer headlines but is now emerging as a significant consequence of the viral crisis is the so-called “shadow pandemic” of downstream mental health effects following years of lockdowns, travel restrictions, isolation and economic turmoil.

When the outbreak first began in earnest, there were dire predictions of an escalation in suicides and psychopathologies, but the RANZCP presidential symposium on COVID-19 and mental health heard these warnings had largely proven overblown.

Professor Tarun Bastiampillai, from Flinders University, offered an international snapshot of how the pandemic had tracked with indicators of mental health, saying depression and anxiety had increased worldwide, especially among young people and women.

Perhaps paradoxically given their vulnerability to COVID-19, this trend was less pronounced among elderly populations, Bastiampillai said.

In Australia, this trajectory – while evident in the data – had been less marked than in other countries, which he put down to fewer local deaths and infections, at least in the pandemic’s earlier waves.

Mental health during the pandemic

Clinical academic neuropsychiatrist Jeff Looi, who is an associate professor at the Australian National University, said anxiety and depression had increased in Australia during the pandemic but peaked much lower than expected, at around 10 percent of the population, compared with rates as high as 25 percent in like nations.

However, Looi cautioned against drawing direct parallels as he said different countries had responded to the pandemic in different ways, with the imposition of restrictions closely correlating with more profound impacts.

Domestically, Looi said there had been variable patterns, with rates of anxiety and depression higher in jurisdictions like Victoria, where the most restrictive measures were implemented.

During lockdown periods Looi said psychosis, anxiety and substance use presentations had spiked in the southern state, though he noted that inpatient bed occupancy had, at the same time, decreased.

By contrast, in isolated and for an extended period unscathed Western Australia, Looi said mental health presentations had actually declined during the early days of the pandemic.

Overall, he said Australians had demonstrated remarkable resilience, and ED presentations had been relatively stable for self-harm. Although certain subgroups including healthcare workers, women, and the socially disadvantaged had borne an outsized burden, and the system remained under significant and sustained demand strain.

Swift and decisive government action to shore up people’s livelihoods through initiatives like JobKeeper had been the difference for pandemic mental health in Australia, Looi said, adding that economic and social supports would be critical in future-proofing against the next pandemic.

This was echoed by Bastiampillai, who said prioritising government spending on extending the minimum wage and other elements of the social safety net was likely to reap far greater mental health rewards than funding more psychiatrists and services.

He cited international data demonstrating that a 10 percent increase in the minimum wage had correlated with significant reductions in suicide rates, with inequality known to be a contributor in wealthy countries like Australia.

He said Australia performed poorly on global comparisons in terms of its social safety net and where – despite significant developments in the mental health space over the past century and huge spending on suicide prevention – the suicide rate remained on 100-year averages.

Though the overall pandemic trend on suicide in Australia was reassuring, Bastiampillai said it obscured a hidden story of disadvantage.

While rates had been stable since 2010 among the third, fourth and fifth socioeconomic quintiles – representing middle- and upper-income earners – they had more than doubled in first and second quintiles, which Bastiampillai described as a worrying signal that should inform social policy.

He said experiences of mental health during COVID-19 had largely accorded with previous such global cataclysms, in a phenomenon observed and popularised by French sociologist Emile Durkheim at the turn of the 20th century.

Durkheim, who is considered one of the foundational figures of sociology, was the author of a seminal 1897 text, Suicide, which famously demonstrated that suicide rates were higher among Protestants than Catholics in 19th century Europe, which he argued was due to a greater emphasis on individualism and spoke to the importance of social milieu in suicide.

Bastiampillai said Durkheim’s theory accorded with suicide patterns observed during times of global upheaval, where wars and crises such as pandemics tended to bring people together and drive down suicidality, while economic recessions – inherently individualist, isolating events – saw it increase.

This was borne out by Australian data, which showed suicide peaking during the Great Depression and hitting a trough during World War II, he said.

He also presented data comparing suicide rates in 20 countries during the 1918 Spanish influenza pandemic with COVID-19. In both cases he said there was – in the main – a mild reduction or stable rates observed in high-income countries.

In lower-income countries such as India, Bastiampillai said suicide rates had increased during COVID-19, with a social gradient that was the inverse of what was seen in Australia – higher rates in higher-income demographics and lower among more disadvantaged groups.

Bastiampillai said Japan had also seen a sustained increase in suicides during the pandemic, reflecting historically higher rates and a trajectory that was already upswinging prior, with the unemployment rate an important factor.

According to Looi, unemployment and mid-life had a strong correlation with suicide in men, with the male-specific rate more turbulent than in women overall due to factors including impulsivity and substance use.

Overall, however, Looi said the data on determinants of suicide remained poorly understood, particularly around socioeconomic drivers, as highlighted by the pandemic. He called for real-time national data registries that would allow for agile, swift policy responses.

This included in the healthcare worker space, particularly the public sector, where he said the emergence of new COVID-19 variants and a rampant influenza season were likely to be an ongoing concern in terms of staffing shortages, which he described as already significant.

Public health physician and psychiatrist Professor Steve Kisely wrapped the symposium with a popular session on vaccination uptake, and delineating the difference between hesitancy, conspiracy and delusion.

He said Australians had become incredibly complacent about COVID-19 in 2022, with a 20 percent increase in the nation’s all-cause death rate compared with the same period last year, which he said was roughly equivalent to about 40 deaths per day.

Australia was now leading the world in terms of COVID-19 infectivity and Kisely said this was likely to be an underestimate, with not everyone reporting a positive RAT.

Kisely said we were now in the “fourth wave” of the pandemic, which he described as an era of recovery from economic and social injury.

A lack of consistent messaging, complacency and misinformation had all played a role in undermining vaccine confidence in Australia. He said this was particularly relevant in mental health because people with severe mental illness were much more likely to be hospitalised with and die from COVID-19.

Specific data regarding vaccination in this population was not available, and rates of uptake were unclear, Kisely said.

The pertinent question for psychiatrists in the vaccine space was differentiating hesitancy from conspiracy and frank delusion, said Kisely, nominating three key questions for clinicians to consider in this realm: what the evidence was for a patient’s claims, whether they involved self-reference, and the degree to which they did or didn’t overlap with other beliefs.

Whether the threat was perceived as individual or imperilling society itself, the degree of a patient’s insight, how cogent the underlying ethos was and whether there was an associated functional impairment were also key points of differentiation, he added.

On the question of what strategies worked to engage hesitant or reluctant parties, Kiseley said multiple conversations were often needed, weighing the benefits against the risks as understood by the patient, and exploring the basis of their fears, restoring a sense of personal control and validating their critical thinking.

Drawing on altruism was one strategy that worked; explaining the long-term and as-yet poorly understood risks of COVID-19 infection (so-called Long COVID) was another.

At a community level, Kiseley advocated for flexibility of delivery (taking vaccines to people rather than the other way around), the targeting of vulnerable groups, and use of community leaders to bolster buy-in.

He said it was essential to take lessons from our experiences with COVID-19 as the only certain thing was that there would be future pandemics – whether in 10 years, 20 years or beyond. 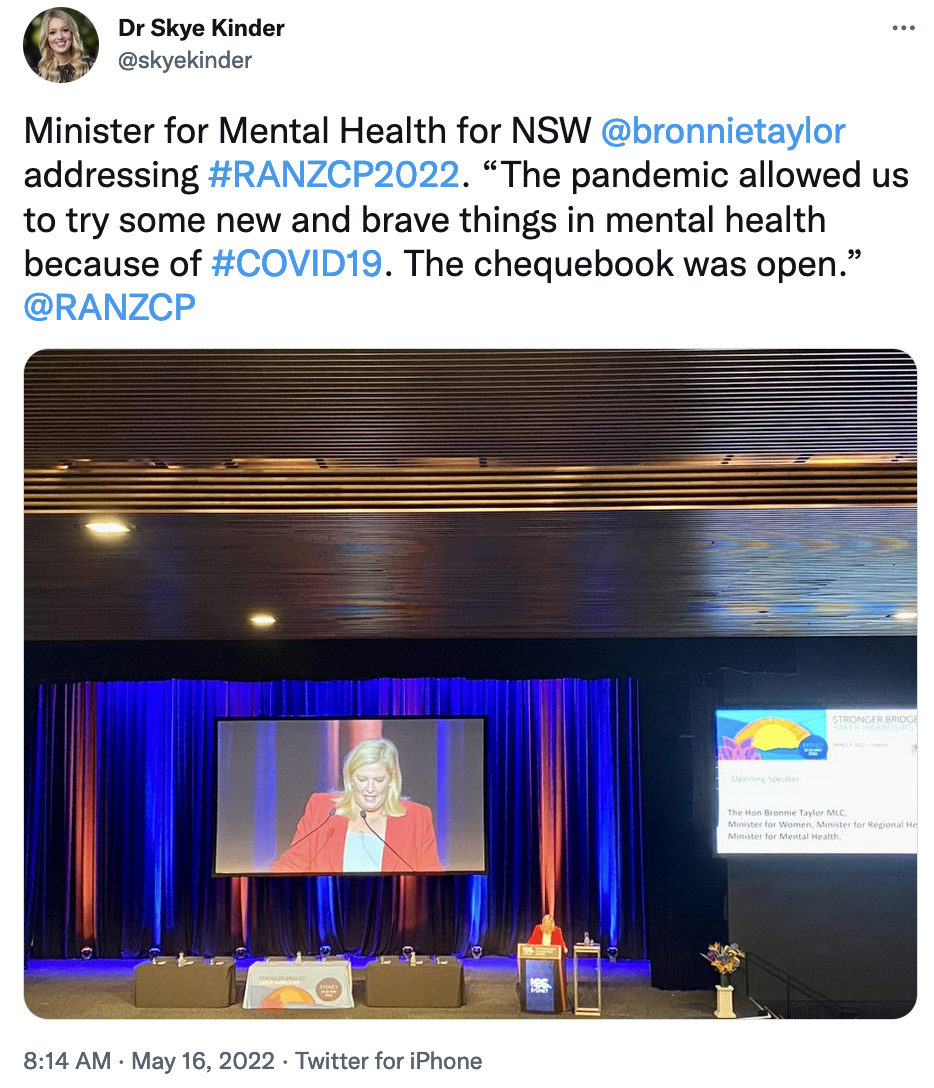 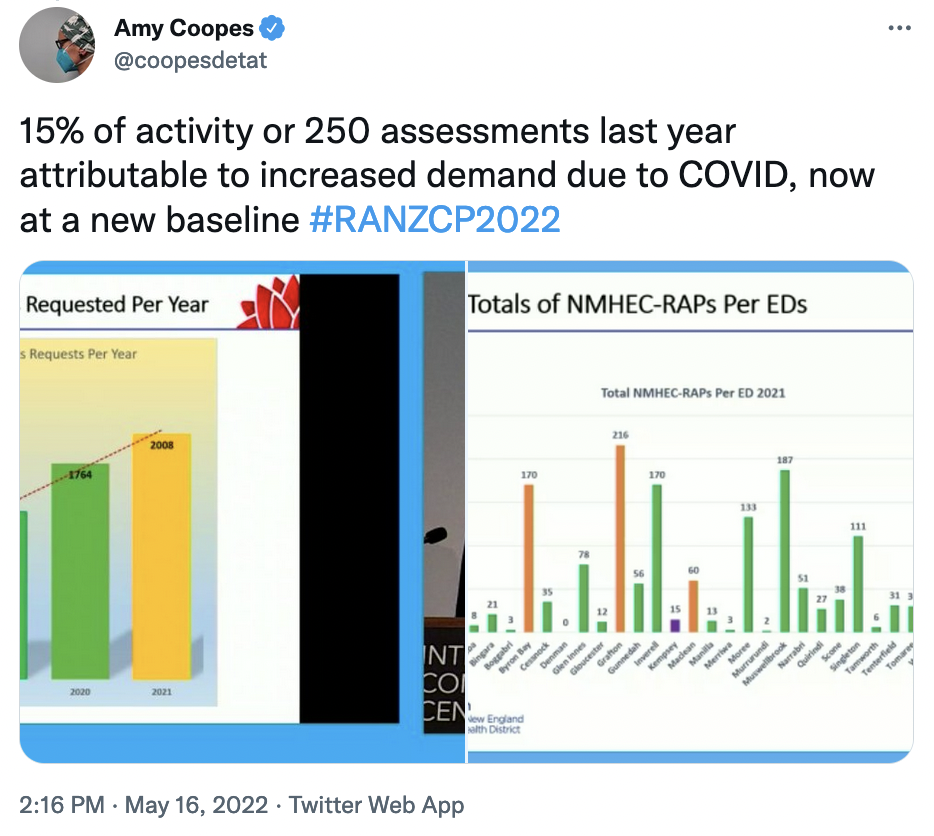 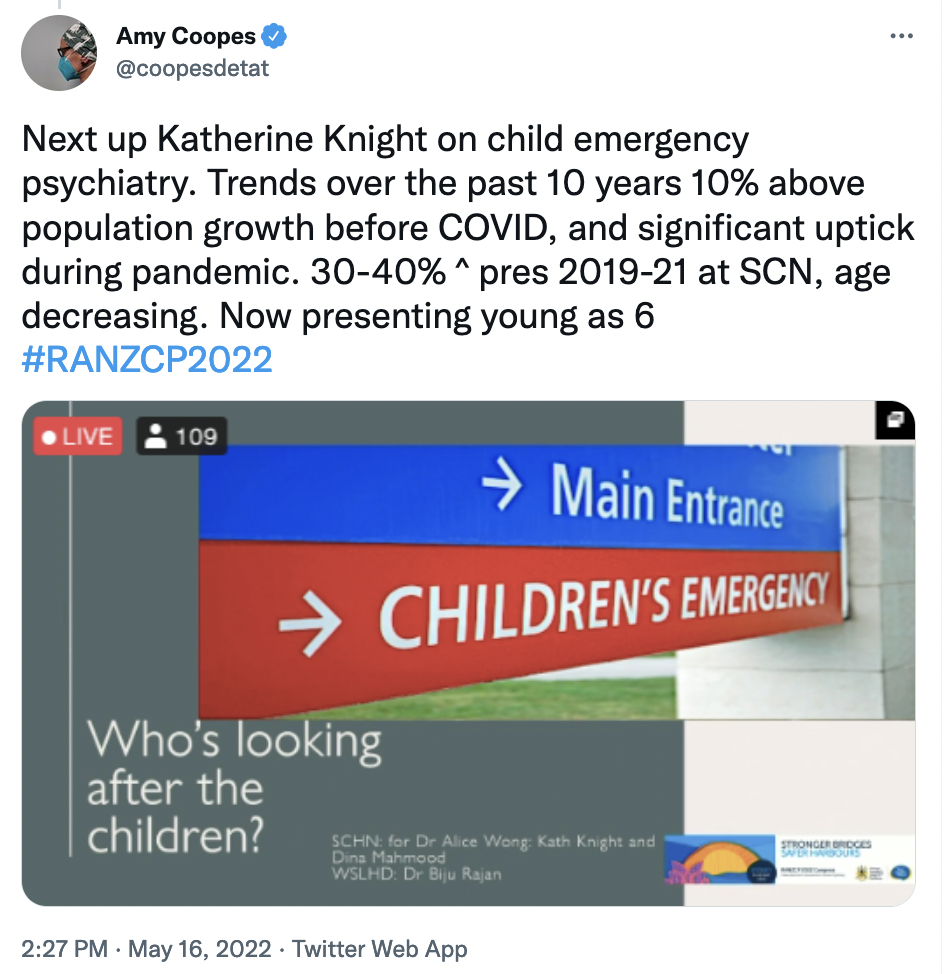 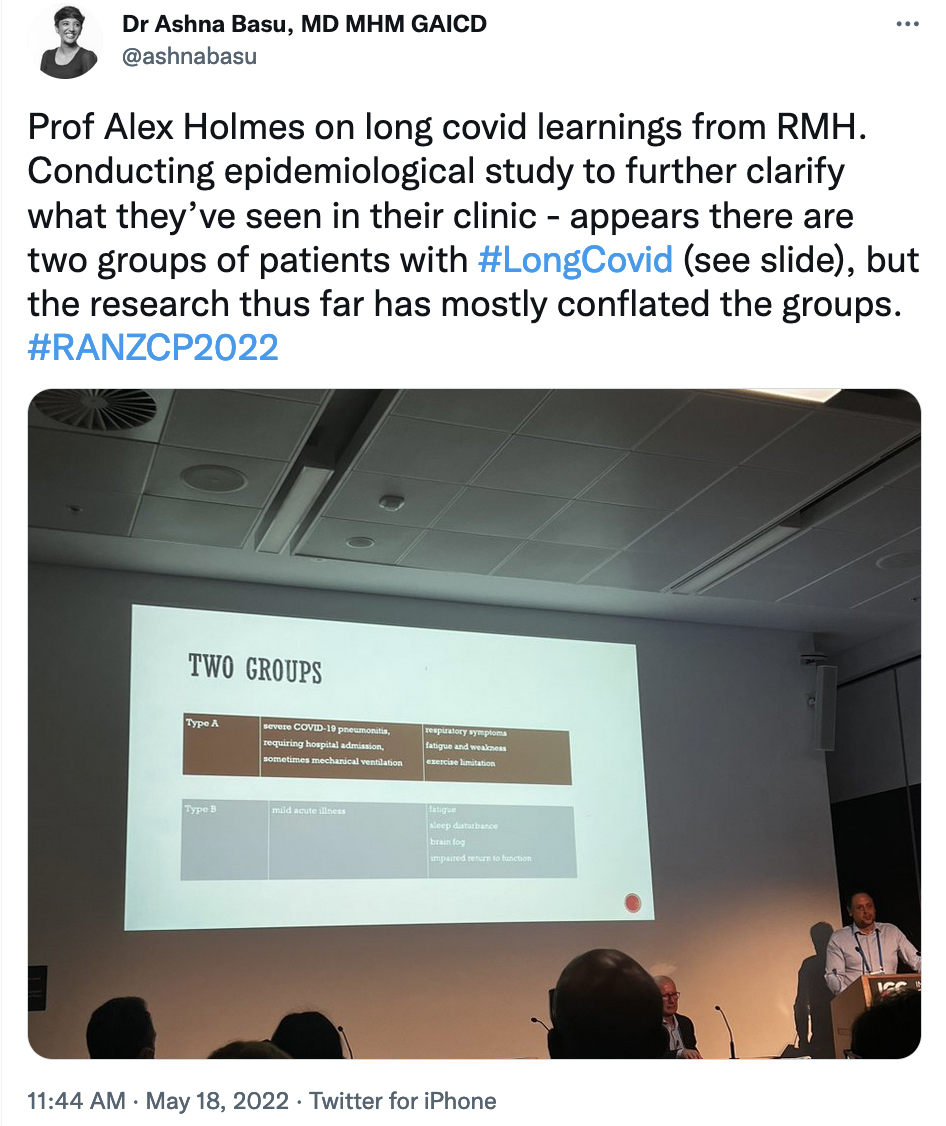 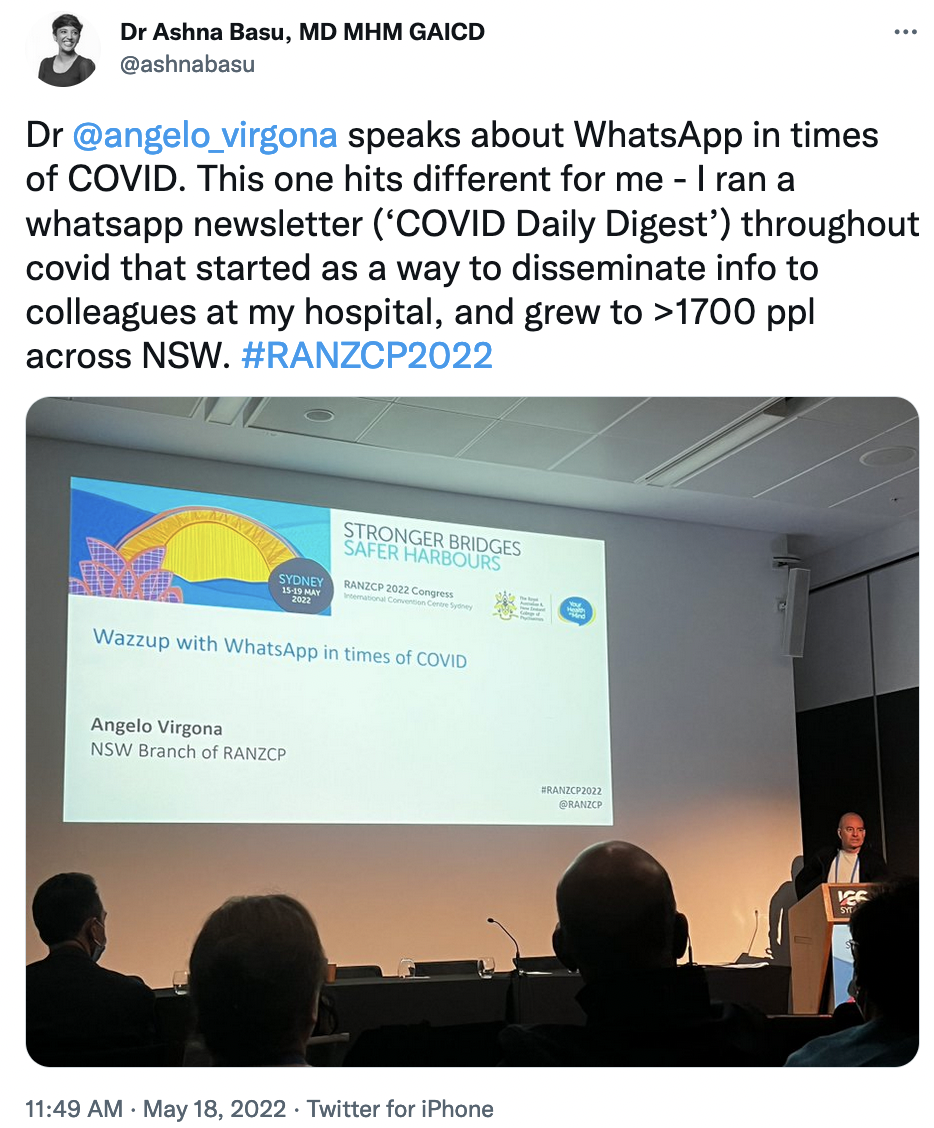 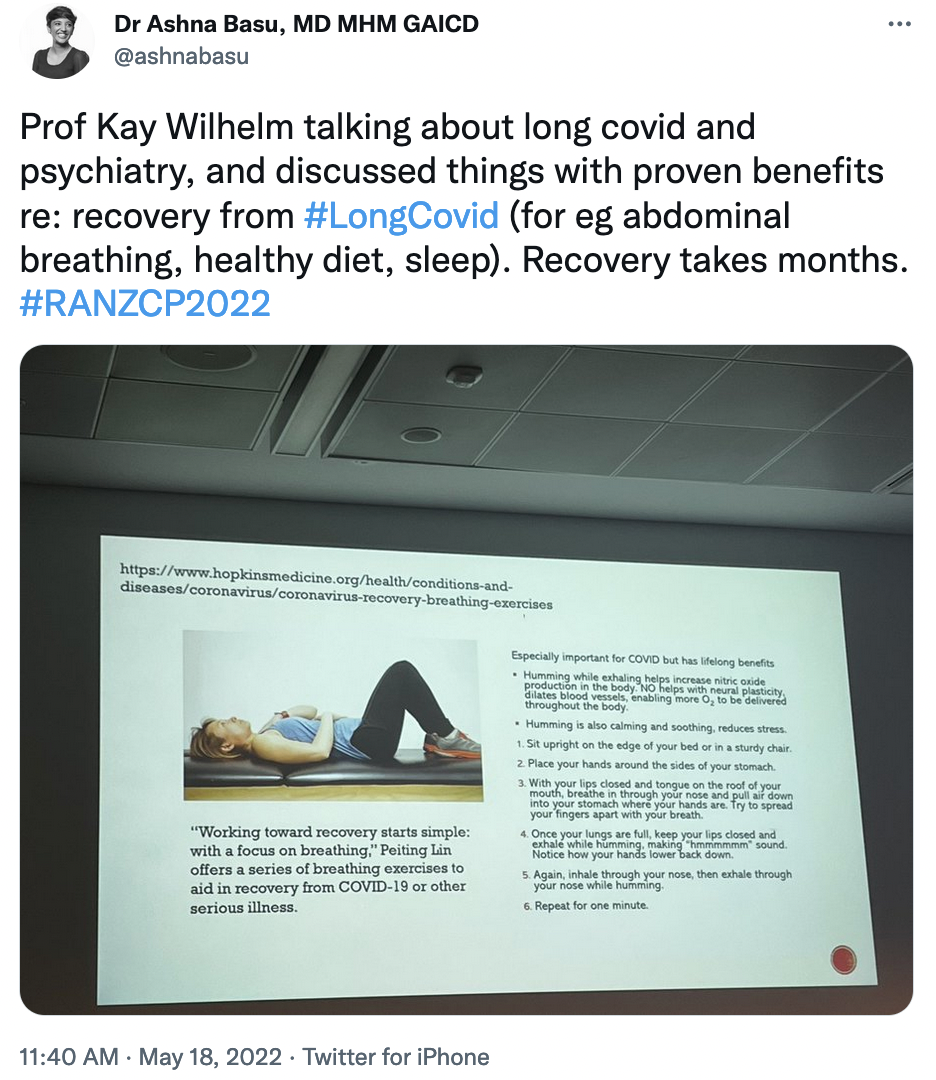 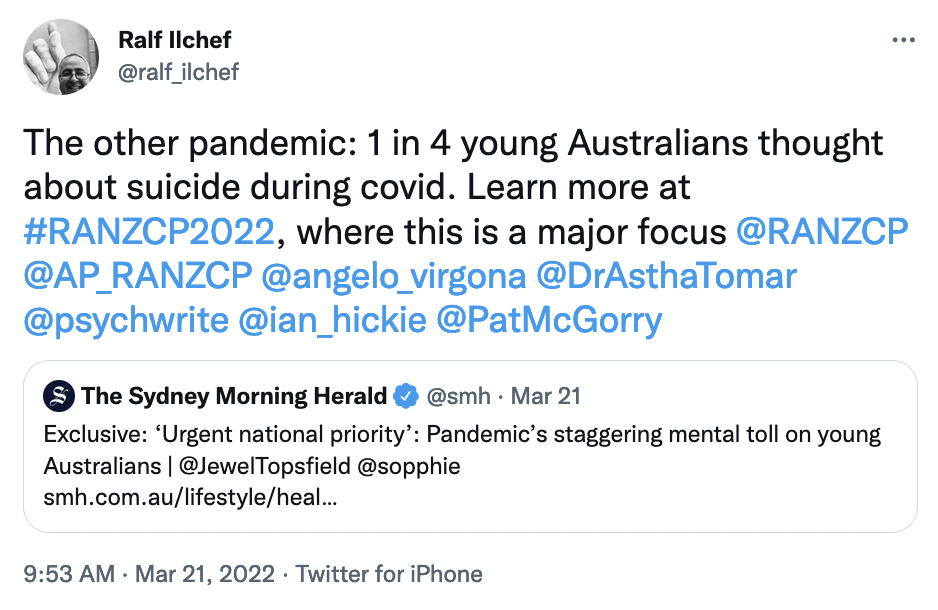 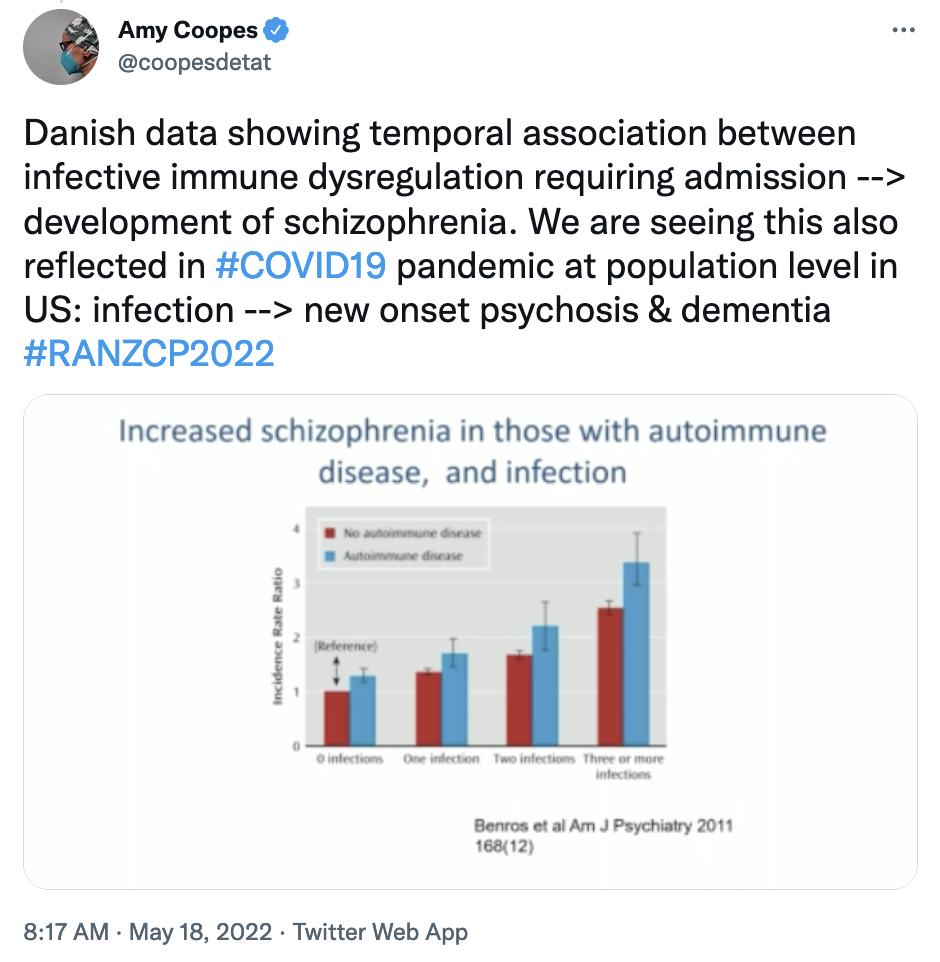 PrevPreviousMonkeypox: learn from the past, be prepared, act quickly and lose the prejudice
NextThe Health Wrap: as National Cabinet sets a course for health reform, here are some key issues to addressNext