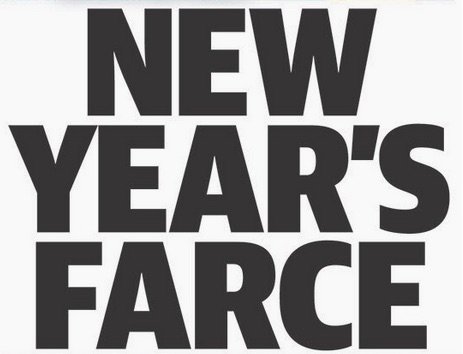 As Sussan Ley is stood aside from Ministry, what are the implications for health and aged care?

As news broke this morning that the Prime Minister had intervened into the controversy over Sussan Ley’s travel expenses, appointing Senator Arthur Sinodinos as Acting Minister for Health and Aged Care, Ley was giving a press conference.

This was notable for what was not said.  These are some of the statements we did NOT hear from Ley:

I deeply regret concerns about the propriety of my conduct, and understand that this must be particularly galling for the many Centrelink recipients who have been dealing with financial stress caused by the Government’s mistakes at this financially stressful time of year.

I acknowledge concerns about the impact of negative gearing upon housing affordability, which is a critical determinant of health and wellbeing, and a significant cause of health inequities in Australia. I acknowledge that health ministers have a role in advocating for reform to tax and other policies affecting health, particularly given the drop in housing affordability since the 1980s (according to this briefing by the Parliamentary Library).

If I am returned to the health portfolio as Minister, I pledge to make amends by prioritising housing affordability as a health issue.

I apologise for the opportunity costs arising from my actions, including the diversion of attention from actual health and aged care policy.

Of course we didn’t hear any such statements (not least because the media questioning did not lead in those directions). 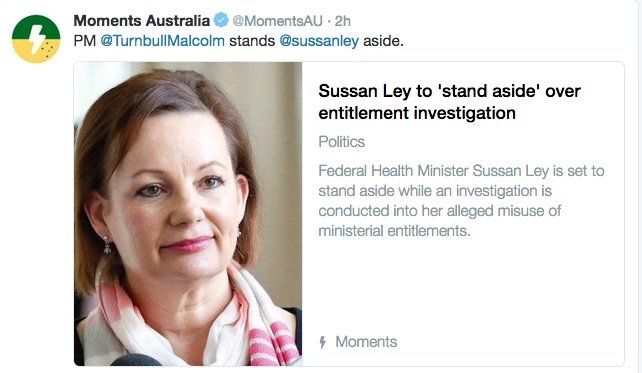 But it would have been smart for Ley to express some humility or remorse.

Instead, what we heard was confident assertions that the two inquiries into her expenses (one by the Department of Prime Minister and Cabinet and another by the Finance Department) would give her the all clear, and that she would return to the portfolio.

Ley said: “I am very confident the investigations will show that I have broken no rules whatsoever…I have nothing to hide; I have not broken any of the rules.”

Regardless of whether this proves to be the case, this incident has certainly provided an inauspicious start to the year, not only for the Government and Ley, but for health and aged care policy more generally.

Below is the PM’s statement. And here is Ley’s previous statement regarding errors in her travel claims.

PM’s statement: Travel claims by the Minister for Health

Today I have asked the Secretary of my Department of Prime Minister & Cabinet for advice in relation to the Statement of Ministerial Standards relating to travel claims made by the Minister for Health, Aged Care and Sport, the Hon Sussan Ley MP.

The Secretary will thoroughly investigate the travel claims and the Minister has assured me that she will promptly provide all information and assistance sought by the Secretary for the purpose of this investigation.

Australians expect the Government to deal with these serious matters very thoroughly and in accordance with the Statement of Ministerial Standards.

I expect the highest standards from my Ministers in all aspects of their conduct, and especially the expenditure of public money.

The Minister has agreed to stand aside without ministerial pay until this investigation is completed by the Secretary.

I have asked Senator the Honourable Arthur Sinodinos AO to act as Minister for Health and Aged Care, and Minister for Sport. 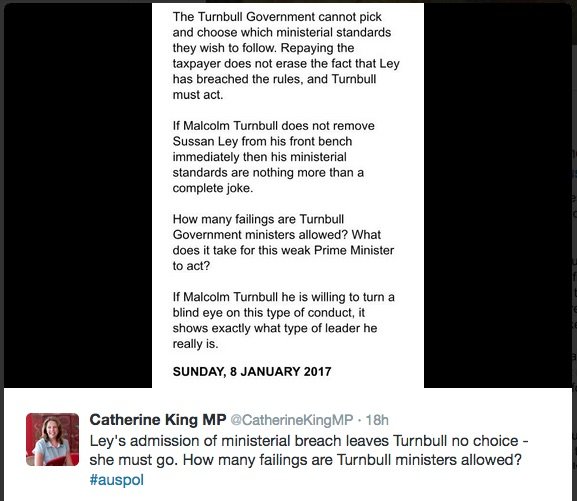