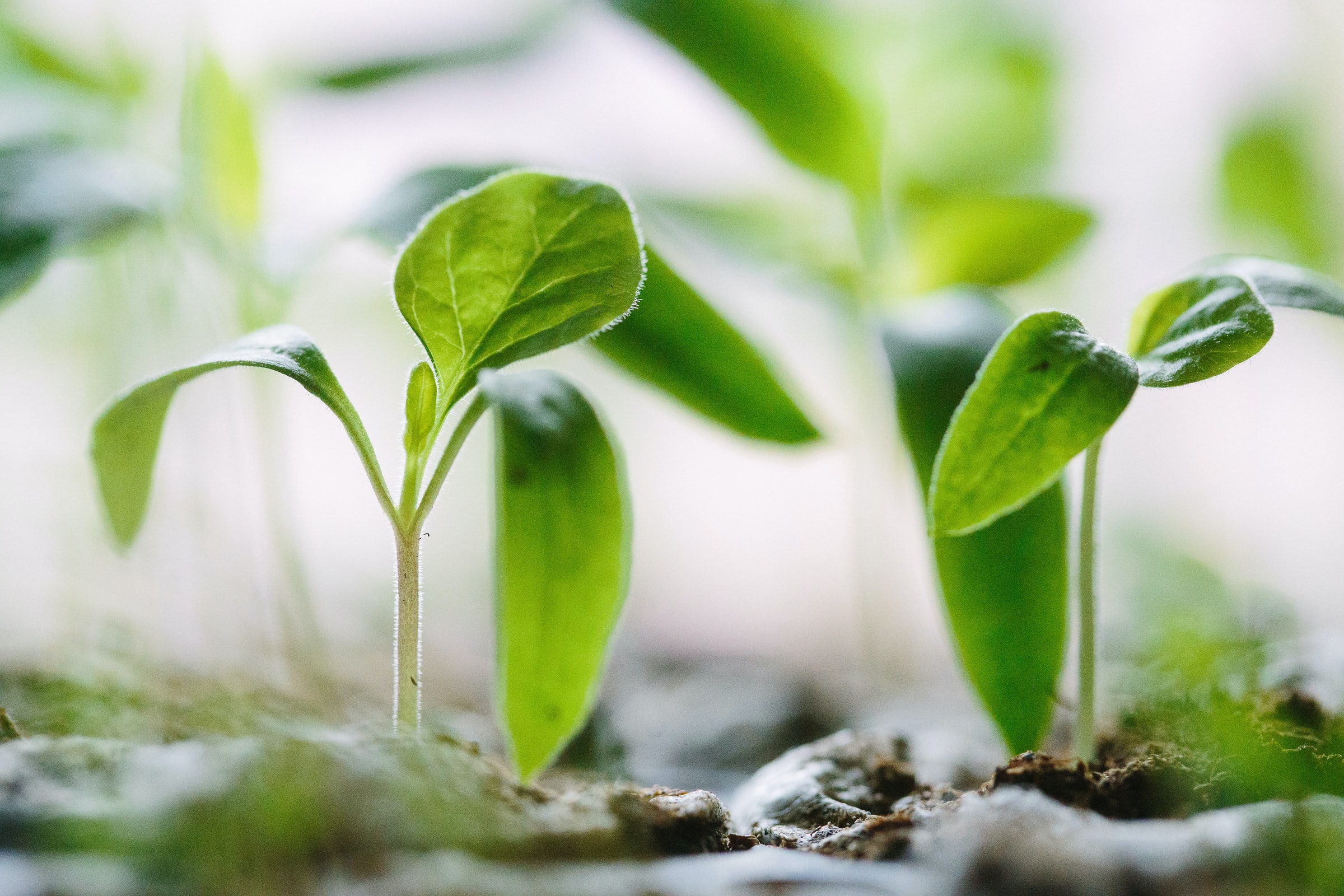 Shoots of hope for more sustainable healthcare? Photo by Francesco Gallarotti on Unsplash

The health sector has an important role to play in tackling climate change. Is the UK’s National Health Service paving the way for health systems in other countries to reduce emissions?

Watts shared the figure while speaking at the NHS Confederation expo in Liverpool in the north of England earlier this month, highlighting an unexpected benefit of the pandemic for healthcare sustainability.

Evidence suggests telemedicine has also allowed patients to be seen who would otherwise have been unable able to travel to an appointment, according to Dr Camilla Kingdon, President of the Royal College of Paediatric and Child Health (RCPCH), who joined Watts on a panel to discuss a carbon net zero NHS.

Debates continue to compare in-person appointments to remote consultations and evaluate which option provides better care, but studies show that many patients have come to accept them, with some research finding they allow doctors to have more appointments, in turn making it more likely that patients will be given prompt appointments when they need them.

And if hundreds of kilotonnes of carbon emissions can be prevented at the same time – from one country alone ­– the option becomes more appealing.

Watts stressed that remote consultations cannot be forced on people and that in-person appointments must remain an option, to ensure access is provided for those requiring face-to-face consultations.

However, he discussed the valuable role that telehealth may play as the NHS moves towards its target of reaching net zero carbon by 2045.

The first healthcare service to commit

In October 2020, the NHS was the first health system to commit to reaching net zero carbon by 2045, to reduce to impact of climate change and “prevent thousands” of deaths and hospitalisations given the known links between health, climate change and air pollution.

Following the NHS decision to take ownership of its emissions, 13 countries announced a year later during the UN Climate Change Conference (COP26) that they too would follow suit and cut all carbon emissions from their health systems. This number has now increased to 17 countries, according to Watts.

As Croakey reported last year, Australia did not make the pledge at COP 26 to develop climate-resilient and/or low carbon, sustainable health systems.

Many observers are hoping for better progress under the new Federal Government. A spokesperson for Health Minister Mark Butler said today that the Albanese Government recognises the impacts of climate change on health and the contribution of the health system to climate change.

“We are making climate change a national health priority area, with work already underway to deliver that commitment, along with Australia’s first National Climate Health Strategy,” the spokesperson said in a statement to Croakey.

“We will also work collaboratively with states and territories, as many jurisdictions work to implement their health-related climate change adaptation plans, strategies, frameworks and reviews.”

Now, two years since the pledge, the NHS is in a strong place.

Total emissions in 2021-22 were cut by 1,260 kilotonnes of carbon dioxide – the equivalent of the emissions from 1.1 million homes or from 1.7 million return flights from London to New York – and as of June 2022, every NHS Trust (which manage particular regional hospitals and services) had a green plan in place, providing a roadmap to tackle its emissions. 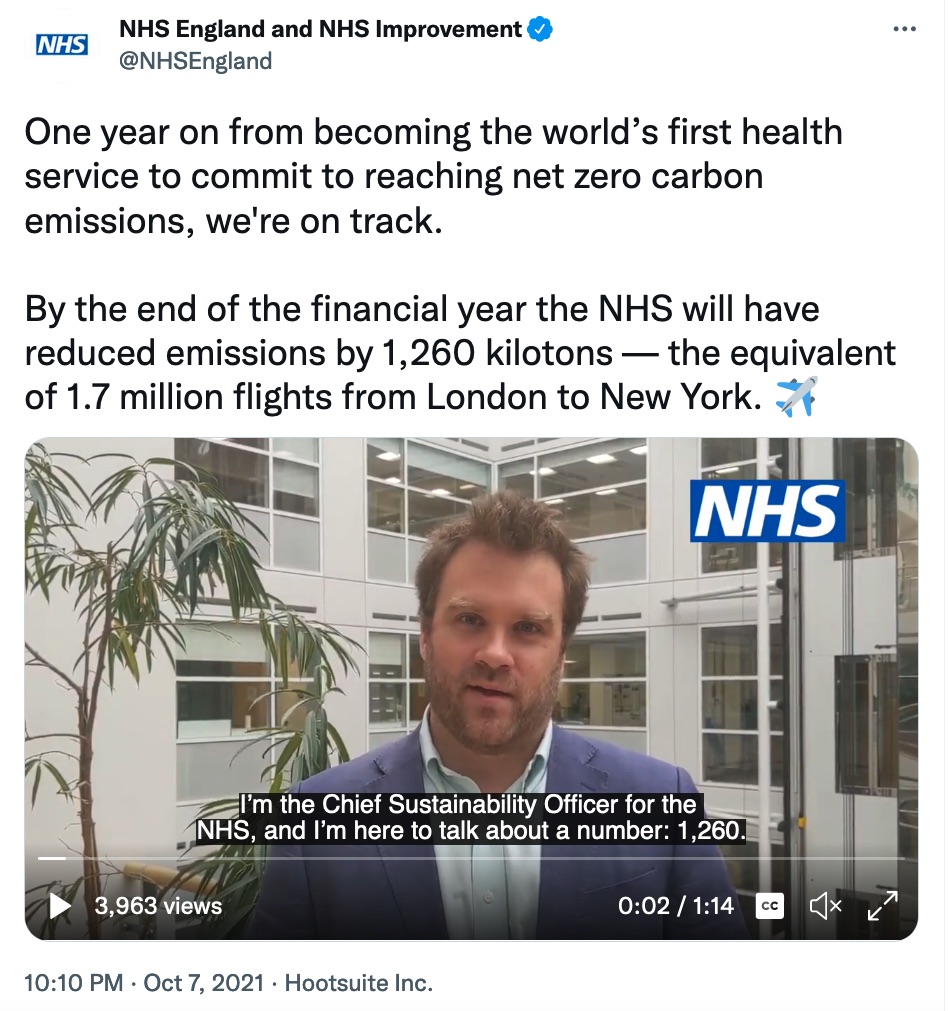 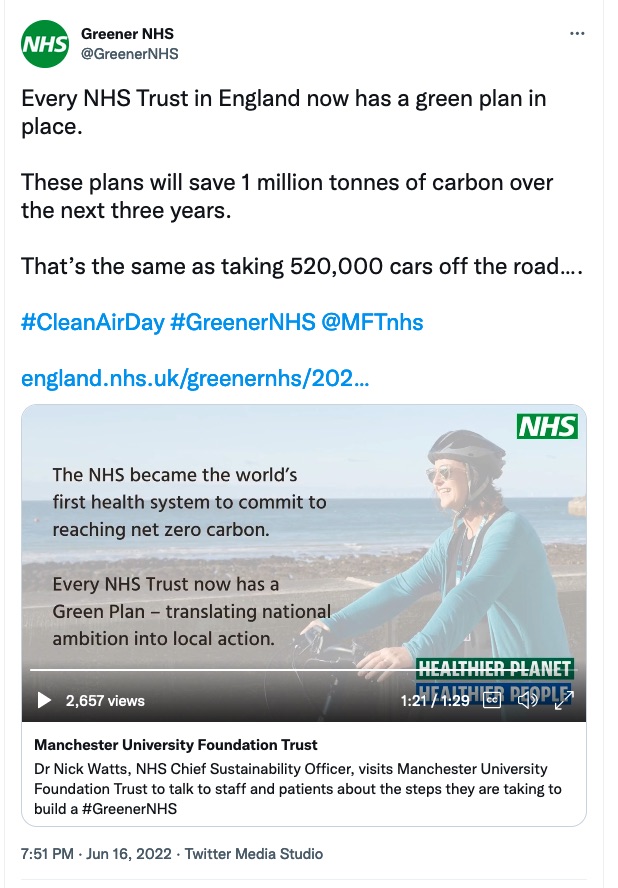 One Trust has helped pave the way, led by Dame Jackie Daniels, Chief Executive at Newcastle Hospitals, who was a fellow panellist at the NHS Confederation conference. Her Trust declared an emergency and made its first commitment to address climate change in 2019, before the rest of the NHS, she explained.

“We were the first NHS trust to declare a climate emergency,” said Daniels, adding that her NHS Trust joined forced with the Newcastle City Council and Newcastle University resulting in the city as a whole committing to carbon neutrality by 2040 – again earlier than the broader NHS.

The key, Daniels says, is to “start somewhere, and just get going with it.”

She highlighted some of the ways her Trust has gone about getting on with it, including steps as simple as recycling 47 percent of non-clinical waste and introducing meat-free Mondays to enforcing net zero targets on suppliers and finalising a strategy for net-zero buildings.

A notable reduction was also made possible by changing the use of certain anaesthetics, with awareness efforts and training leading to a 23 percent reduction in carbon emissions from these gases.

The anaesthetic gas desflurone, for example, has 20 times the impact of other less harmful greenhouse gases, and a bottle of the gas is equivalent to the global warming impact of 440 kg of coal. Five years ago, 24 percent by volume of the gas used in the NHS was desflurone, the figure is now four percent, said Watts.

“Passionate clinicians found a lever they could pull on,” said Watts. Daniels agreed that clinicians in her Trust have been instrumental in bringing in new strategies to reduce emissions, such as climate friendly pain relief options, such as Entonox (gas and air) for use during labour.

“There’s so much we can do on so many levels in healthcare,” said Daniels.

How others are reducing emissions

Changes in healthcare materials is just one of the measures that can significantly bring down the levels of carbon emitted by health services. Infrastructure and transport are equally impactful approaches.

Large investments by the NHS in renewable energy, efficiency and lighting have already seen a reduction of 210 kilotonnes of carbon last year.

Examples include the installation of heat pumps and solar panels in hospitals in Gloucestershire and Milton Keynes, respectively, and a further reduction of 112 kilo tonnes is expected from a transition to green vehicles, including electric ambulances and HGV vehicles to transport supplies. The UK’s first fully electric ambulance was launched by the West Midlands ambulance service in October 2020.

Changing the transport of blood samples from bags to more contained, indexed packaging has been another way of reducing plastic waste, given almost 780,000 specimen bags are sent to laboratories each year, according to the NHS.

Contractual measures will also soon be enforced on suppliers to the health service, explained Watts. From April 2027, “the NHS will stop purchasing from anyone who does not meet our commitments for net zero,” he said.

This last measure regarding in particular is something the global network Health Care Without Harm highlights as crucial challenge to address.

Supply chain emissions “make up the vast majority of healthcare’s climate footprint, but NHS England has sent a clear message to the market,” said Scott Brady, Climate Programme Manager for Health Care Without Harm Europe, who believes health services in the rest of Europe have the opportunity to further influence the market across the continent.

“By leveraging its purchasing power (10 percent of GDP in Europe), the healthcare sector in Europe can influence significant change within the supply chain,” he told Croakey.

While the UK’s NHS is paving the way for greener healthcare services, many countries have since launched programmes and departments to address this need.

Watts mentioned his teams are learning from work being done in Sweden, New Zealand and Canada where multiple alliances and organizations now exist to assist healthcare services in becoming more sustainable, but he highlighted the fact tens of countries have now made their own net zero commitments.

“It’s no longer just the NHS asking for this,” he told the conference, and emphasised the importance of this given the global scale of emissions from healthcare services.

For example, the G7 alone make up almost half (46 percent) of healthcare’s global climate footprint. Last month, health ministers from the seven countries pledged to “build environmentally sustainable and climate-neutral health systems at the latest by 2050 and to support other countries in this effort” – but many of the seven have not set a target of net zero.

“The healthcare sector holds huge potential to reduce carbon emissions, especially in wealthier, higher emitting countries, such as the G7 and the EU,” Brady told Croakey.

His organisation now intends to support national governments who have pledged to become more sustainable to follow through on their commitments via its Operation Zero project.

“This is part of a growing momentum worldwide recognising the role that the healthcare sector can play in climate action.,” he said. The system-level commitment shown by the NHS “sets a high standard for other health systems to follow.”

The countries announcing targets to reach net zero are as far and wide as Fiji, Belgium, Spain and Indonesia, and the NHS’ partnership with the World Health Organization to further guide efforts is hoped to make a significant dent.

“What has been lacking and I hope changes with these announcements is who is my counterpart in Spain or Belgium and now we can start to make more formal tangible connections. We’re talking about redefining a lot of healthcare and there needs to be shared learning and policy alignment,” Watts told The Lancet last year.

But more need to commit and set targets as ambitious as the NHS given the scale of change needed to have any impact. Watts emphasised: “No health system can tackle this issue alone.”

This article is part of Croakey’s contribution to the Covering Climate Now initiative, an unprecedented global media collaboration that is putting the spotlight on the climate crisis. Croakey Health Media is a member of the collaboration, which was co-founded by The Nation and the Columbia Journalism Review (CJR), in partnership with The Guardian. See our previous articles with CCN.

PrevPreviousAboriginal leadership key to successful management of COVID-19 in the Kimberley region
NextDecolonising healthcare: a call for equity in actionNext