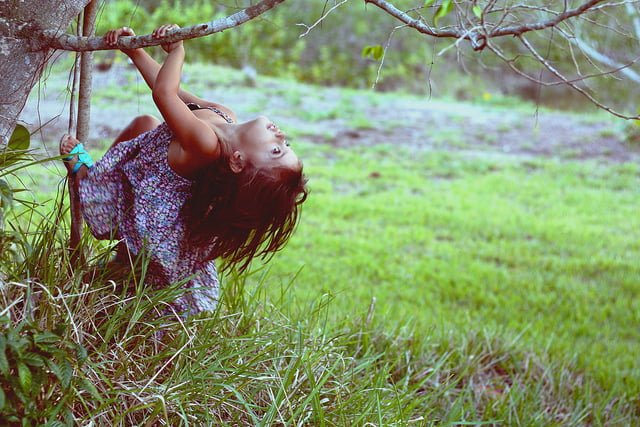 As the US Vaxxed tour bus arrives in Australia, we need to get serious about anti-vaccination propaganda

The vast majority of Australian children (about 93% by age 5) are fully vaccinated. Of those who are not, we know that some of their parents are deeply opposed, some have been thwarted by circumstance and the rest are trying to make up their minds, or “hesitant”.

It’s not a static situation because there are always new parents coming through, with vaccination among the many decisions they will have to make early in the life of their child. Unfortunately, there is some inaccurate and misleading information out there and, in some pockets of the community, it has taken hold.

The International anti-vaccination movement can be quite evangelical: one particular roadshow is headed for Australia in the next few days. In the post below, Dr Sue Rodger-Withers and Professor Robert Booy analyse how anti-vaccination messages can win people over, even when they can be easily countered by facts.

As the field of research into vaccine communication continues to expand, they consider how we can use what we know about the way people think, to help them make comfortable and confident decisions to participate.

Whether the media is printed or electronic, it’s difficult to avoid controversy relating to “Vaxxed”, a movie directed by a deregistered British physician who persists in perpetuating his unsubstantiated claim that vaccines cause autism. They just don’t.

Between July 23 and August 5, the US Vaxxed Tour bus, a mobile echo chamber of misinformation about immunisation, traverses the east coast of Australia, targeting areas where vaccination rates are at their lowest. Here Vaxxed thrives – finding both an audience and money.

Locations are kept secret, and in the past, venue owners have been misled regarding the nature of bookings. Supposedly this avoids cancellations should either venue owners or authorities be made aware of the real agenda. Fortunately, it’s usually a badly kept secret, as seen in March when a self-styled wellness guru and anti-vaccination campaigner, David Avocado Wolfe, was forced to rethink his “Raw Cacao Dance Party” tour.

So why all the secrecy?

It seems very little is off limits, even seizing unrelated emotive stories and relabelling them as examples of vaccine damage. Without evidence, anti-vaccination proponents labelled a four-year-old Queensland boy who had suffered multiple neurological disorders since birth as “vaccine damaged.” One group has used his image as the face of their social media movement.

Perhaps the most commonly encountered anti-vaccination “feel-good” messages rely on the viewpoint that “natural is best”. Whether it’s natural childbirth, organic food or a neo-romanticised “back to nature lifestyle”, it matters little – all serve as vehicles to reinforce the message that vaccines are unnatural and therefore undesirable.

A system of belief

Propaganda bypasses rational thinking using emotion and fear, appealing to hearts rather than minds. It also speaks to our biases. As penned by Simon and Garfunkel in The Boxer, “A man hears what he wants to hear and disregards the rest”. People tend to seek out and act on information that confirms their beliefs. This has little to do with lack of education or availability of information but a lot to do with how we process incoming messages from the world around us.

What we “know” and how we make decisions is influenced by mental shortcuts (called heuristics) that are determined by life experience, worldviews and beliefs. These shortcuts are normal, we all use them, and they help us cope with the being constantly bombarded with information. On the up-side, they speed up information processing. On the down-side these mental gymnastics can produce inaccuracies (glitches) leading to misperceptions and irrational conclusions (called cognitive bias).

Worse, they may even lead to the conscious rejection of facts that threaten an existing world view or core belief (motivated reasoning). Basically, heuristics can lead some people to refuse immunisation simply because their reasoning is flawed.

The very survival of anti-vaccination propaganda depends on exploiting our cognitive failings, aided by generous lashings of emotion and fear. It is designed to appeal to and further raise insecurities and doubts.

It often speaks (however disingenuously) to concerned parents, or offers a seemingly-listening ear to those who feel unheard, deceived or coerced by governments and public health authorities by saying, for instance, “we are pro-choice, not anti-vaccination” or “we are pro-truth, not anti-science”.

Research shows that no amount of fact sheets, educational material or corrective information – speaking mainly to the “converted” – has effectively countered such biased propaganda.

Minimising heuristic influences is challenging, but used wisely they can work to our advantage. Heuristics affect how we search for and use information, so innovative immunisation messages can be framed to target and assist specific vaccine resistant audiences.

People love being told that what they think or do is cool and this sentiment can be used to avoid and defuse potential sources of conflict. For example, vaccination messages could, where possible, acknowledge appropriately the “back to nature” lifestyle enjoyed by some under-vaccinated communities as being healthy and desirable rather than criticise it as not “evidence-based”.

After all, a “hippie” choosing organic homegrown food and preferring home-made soap differs little from the “hipster” eating smashed avocado and drinking deconstructed cappuccinos. This goes a long way to bringing hearts and minds together where the success of immunisation programs is a shared individual and community responsibility.

With the Tenpenny and Wolfe tours long gone, and the Vaxxed tour bus on our doorstep (with undoubtedly more of the same to follow), it is imperative that future initiatives innovatively consider anti-vaccination propaganda and be thoughtfully designed to truly engage the vaccine resistant audience, rather than repeating the past and just adding further to the glut of educational websites and fact sheets. The future health of our children depends on it.

*Dr Sue Rodger-Withers is a virologist and has also studied, worked and taught in the field of alternative medicine, particularly traditional Chinese medicine. She lives in the Northern Rivers in New South Wales, an area that now has one of the lowest vaccination rates in Australia. She is a Member of the Australian Society for Microbiology, and Australian Science Communicators.

*Professor Robert Booy is an infectious diseases paediatrician, epidemiologist and Head of Clinical Research at the National Centre for Immunisation Research & Surveillance in Australia.