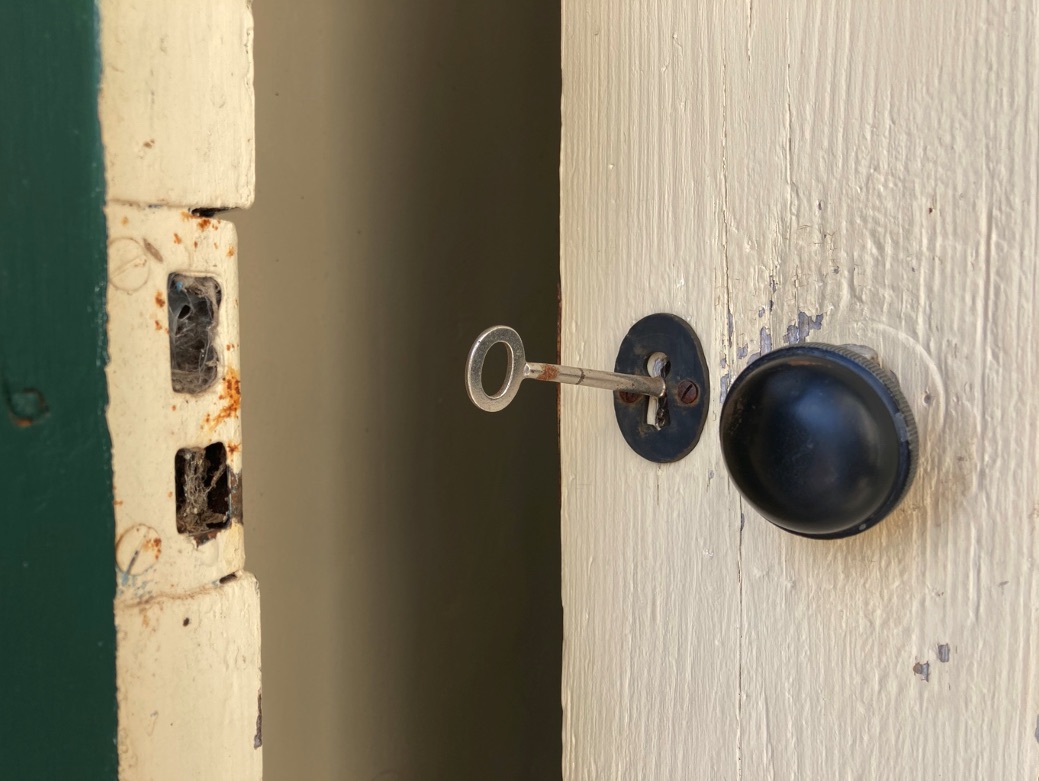 The key to better health. Photo by Alison Barrett

Introduction by Croakey: Australians on low incomes are cutting back on healthy foods, skipping meals and reporting wide-ranging consequences for their physical and mental health as a result of escalating cost-of-living pressures, according to a report released this week by the Australian Council of Social Service (ACOSS).

Almost two-thirds of people on JobSeeker, Youth Allowance and Parenting Payment have had difficulty buying medication or getting medical care because they do not have enough money, the report found.

While the report’s recommendations are directed at the Federal Government, addressing cost-of-living pressures is also within scope for state, territory and local governments.

When Croakey’s managing editor Alison Barrett surveyed health leaders in Victoria about key health issues ahead of the upcoming state election, many highlighted the importance of increased investment in prevention through addressing poverty, housing insecurity and the wider determinants of health.

These are some of the key recommendations to the next Victorian Government from health leaders surveyed by Croakey, who also urged greater investment in efforts to prevent chronic diseases and to address the upstream social determinants of health through health in all policies approaches.

In the lead up to the state’s election on 26 November, Victorian health leaders have made a strong case for increasing funding on disease prevention and health promotion, including through investing in the health and wellbeing of children and adolescents.

As approximately one-third of chronic physical health conditions are preventable, allocating specific funds to the prevention of disease and poor health is a good investment in the future health and wellbeing of Victorian residents, they argued.

Chronic diseases have become a “huge cost to our healthcare system, to our productivity and most importantly to the health and lives of Australians,” said Dr Sandro Demaio, CEO of  VicHealth.

As well as being a “moral” case for disease prevention, there are economic advantages – every $1 invested in primary prevention saves approximately $14 in the healthcare budget, according to Demaio.

“Victorians are doing it tough,” he said. “… now is the time to be really setting ambitious targets and investing wisely in long-term and important returns for Victorians. What we know is also that we’re not talking decades – you see returns on that investment within a few years.”

With many Victorians delaying healthcare during the pandemic in addition to high levels of food insecurity and “record numbers of young people dropping out of sport”, Demaio said the pandemic has accelerated chronic disease.

The Victorian Government have an opportunity now to build back better for a fairer and healthier Victoria, “even within a fiscally difficult environment” by investing in disease prevention, Demaio said.

In addition to advocating for increased funding for the prevention of both physical and mental illness, health leaders called for Victorian politicians to invest in social policies to address the social and systemic determinants of health which are known to increase the risk of chronic disease.

Investing in culturally safe primary healthcare may “prevent somebody from ending up in dire circumstances” and will result in fewer people being incarcerated, according to Nerita Waight, CEO at Victorian Aboriginal Legal Service.

VALS works with many people who come into contact with the criminal legal system “because they do not have access to the health services they need”, Waight said.

She added that Aboriginal and Torres Strait Islander people experience significant barriers to healthcare “because of systemic racism and bias” that urgently need addressing.

It is also important to invest in adequate and culturally safe primary healthcare and preventative services in prisons. Health issues are compounded by a “lack of options when you’re incarcerated”, Waight said.

It impacts their rehabilitation journey and “the lack of access to primary healthcare [in prisons] is a key contributor to Aboriginal deaths in custody”.

Prevention spending should be looked at “through a self-determination lens” and Aboriginal organisations and self-determined health models should receive resources that are equal to the need and complexity of VALS’ client base, Waight told Croakey.

Flynn told Croakey that there’s many different entry points for people to access mental health support – but that it’s important to access support before the issue becomes acute. “Early intervention will pay dividends,” she said.

Flynn said the Royal Commission provided “an opportunity for real change in the mental health system”. One of the key recommendations to come out of the Commission was to invest in lived experience in the design of services (as previously covered at Croakey).

Elise Sampson, Acting Health Promotion Manager at cohealth, told Croakey that communities have been “really expressing the need around mental health” and that it was important to invest in primary prevention strategies around mental health and wellbeing.

Carbone told Croakey that Prevention United, a mental health promotion organisation, is supportive of the new Mental Health and Wellbeing Promotion Office and the proposed Wellbeing Plan – another recommendation from the Royal Commission – but the Government “need to back that up with real money to implement the plan”.

While acknowledging the value of mental healthcare services to support people with poor mental health, according to Carbone “that’s very reactive” and more can be done to prevent problems from occurring.

“Broadly speaking, if you’re trying to prevent the onset of mental health conditions, you have to start quite early in life because most of these conditions actually start in childhood, adolescence and young adulthood,” he said.

While programs exist to support parents and children, and increased investment in such programs would be beneficial, Carbone told Croakey that many other “settings and environments that we live in” play a huge role in our mental health.

Carbone suggested prevention programs and “social policies” are therefore needed to tackle these big issues, but “then you also need the funding and prevention system infrastructure to support these efforts” and ensure they are sustainable and well coordinated.

King from VCOSS suggested the Government should prioritise and “formalise the role of community health” who are trusted and embedded in communities. “We saw this, it was highlighted throughout the pandemic,” she said.

Community health services have a strong focus on the prevention of illness, operating with a social determinants of health lens, King said, and the “health literacy that they build is pretty phenomenal”.

Nerita Waight at VALs said “ACCHOs were recognised here and globally for keeping their communities safe” during the pandemic, showing strong evidence of the high quality care that community congtrolled health services provide for Aboriginal and Torres Strait Islander people.

Community-led programs where people “identify their own needs and can get them addressed” are vital – “it’s them advocating for their needs”, according to Sampson at cohealth.

“The issues are often the social determinants and they are often around mental health and social inclusion,” she said. “The barriers that are experienced by minority communities are disproportionate and so taking a one-stop-shop approach is not equitable.”

Sampson said that communities in Melbourne are concerned about employment, financial stability and housing. She suggested that addressing the social determinants was a vital part of primary prevention.

King from VCOSS echoed Sampson’s sentiments about the need for better employment assistance and more housing – “if someone doesn’t have a good quality home and a safe place to live, it’s pretty hard to have good health in the first place”.

King and Sampson also emphasised the importance of progressing the Treaty in Victoria.

Last month, a huge step forward was made when legislation was passed in the Victorian Parliament for the establishment of an independent body to oversee treaty negotiations in the state.

Dr Anna Nicholson, President of PHAA Victorian branch, told Croakey that the current and expected future increase in health expenditure was not sustainable, and that preventing illness can help relieve the pressure on the acute healthcare system.

These sentiments were echoed by Sampson at cohealth, King at VCOSS and David Towl, Co-President of AHPA Victorian branch.

With the healthcare system struggling under the demands of treating acute conditions, such as COVID-19, “hospitals are not the best place to be treating chronic conditions,” Sampson said.

“With some prevention and early intervention, they would never have gone” to hospital, King said. “We want to assist people while they’re healthy, or alternatively in the very early stages, so they can stay that way.”

Nicholson highlighted the PHAA Victoria branch’s recent report on public health successes that “illustrates what can be achieved through preventive health, health promotion and health protection”.

Towl also urged the next Victorian Government to develop policies and invest in counteracting the “marketing budgets of businesses whose products are not healthy” such as unhealthy food and drink.

In addition, Waight emphasised that reducing the number of people incarcerated by investing in adequate primary healthcare and prevention would reduce the costs of keeping someone in prison – which are about $100,000 a year for one person in prison.

“Imagine how much of that you’d be saving if you invested in proper healthcare,” she said.

The health leaders all agreed on the need for long-term funding and support beyond one election cycle for sustainable change to occur.

“We need a commitment in the realm of decades to see significant and substantial change – we’re not going to affect impacts in tobacco smoking rates in one election cycle,” Towl said.

Nicholson said that investment in the foundations of disease prevention, including injury prevention, climate change and reduction in harmful alcohol and drug use, was critical – rather than “just throwing money into short-term initiatives”.

King, Towl and Nicholson reiterated the value of addressing the social determinants with a health in all policies approach.

The health leaders urged community members and organisations to support their calls for investment in prevention as a state election issue.

“Politicians will be listening to their constituents as we head into the election,” Waight said.

Towl said constituents should “actively ask” their local members questions about their commitment to disease prevention and challenge them to consider a “future-thinking health system”.

“Those kinds of changes do make a difference,” she said, “but the Government is also a responsible agent in this and what we’re asking from them is to step up to that plate.” 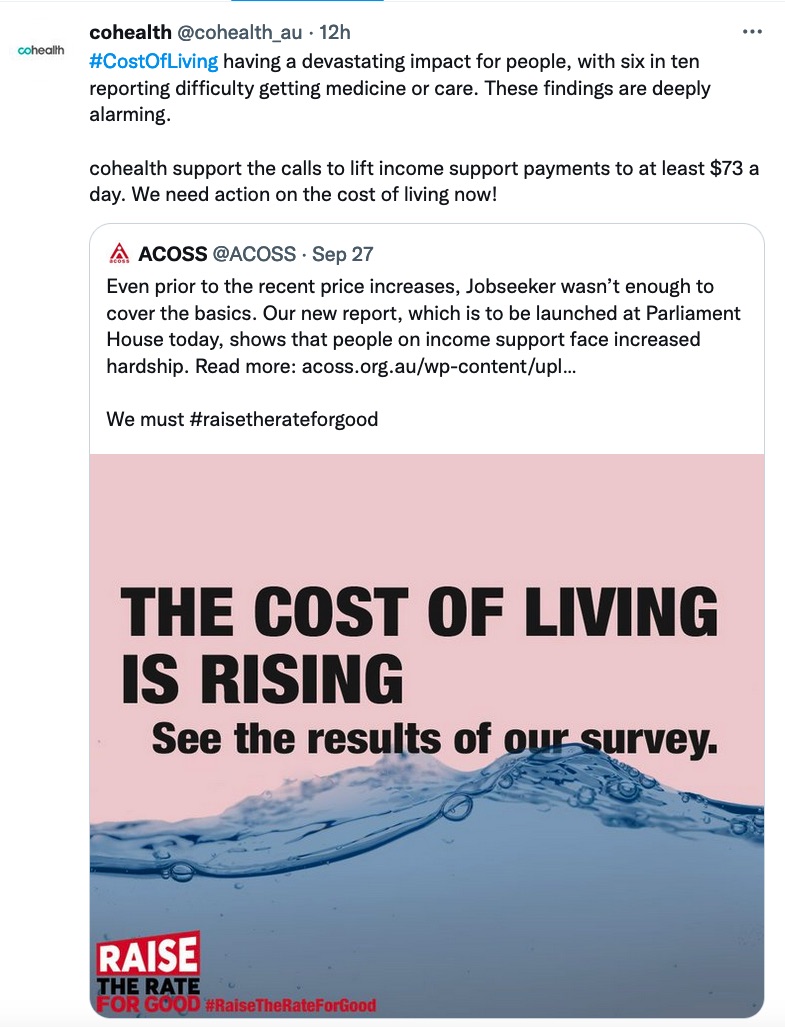 • This article was funded as part of VicHeath’s ‘Health Equity Champion’ membership of the Croakey Health Media funding consortium. VicHealth had input into the selection of the topic of the article; Croakey maintained editorial control over the research, writing and publication of the article.

PrevPreviousICYMI: a standing ovation, crimes against humanity, rights to a healthy environment, plus steps forward and back
NextOn the pathway to greener healthcare: from the Hunter Valley to Darwin and beyondNext