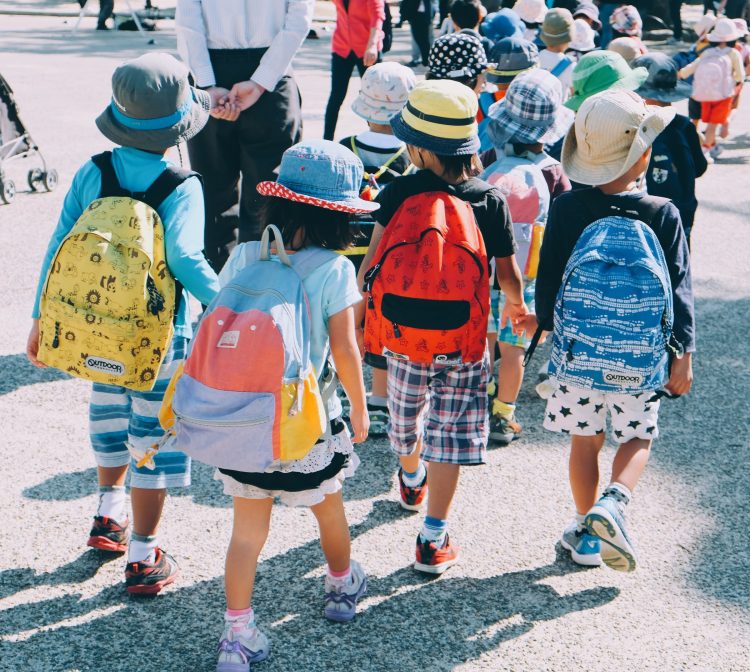 Putting children in the COVID frame. Photo by note thanun on Unsplash

As we open up, the evidence is clear: protect children

Introduction by Croakey: When 14-year-old Evie Gallagher became “intensely unwell” with COVID-19, her mother was able to care for her in their ACT home with the support of twice-daily telehealth appointments with a GP.

It was isolating and scary. For Labor Senator Katy Gallagher, her family’s experience underscores the importance of ensuring proper support for families with children who have COVID-19, especially as opening up will “mean a lot more people with COVID and probably a lot more kids with COVID”.

In an article in The Monthly magazine’s October edition, Gallagher, who chairs the Senate committee monitoring the Government response to the pandemic, also reflects on “what about the families who don’t have the advantages of hers: a house big enough to isolate in, a GP and pharmacist on call, a guaranteed income while a parent cares for a sick child?”

The inequities that we already see with adult vaccination rates – the latest Federal Government data show huge variations between regions, with less than 20 percent of people aged 15 and over in the Pilbara region in Western Australia being fully vaccinated – are likely when it comes to vaccination of children as well.

As global health journalist Meera Senthilingam reports below, experiences in other countries that have “opened up”, particularly in schools, suggest we should be preparing for significant numbers of Australian children to become infected. A critical priority should be ensuring their equitable access to vaccination.

As Australia plans its reopening this summer, a new publication by OzSAGE has made very clear the need to vaccinate children in Australia – and in general. The network of multi-disciplinary experts believes almost all unvaccinated individuals will eventually become infected, highlighting the need to therefore ensure children are not left behind.

The network has recommended that health services vaccinate all children for whom there is an approved vaccine and consent can be obtained. They anticipate the need to supply vaccines for teachers and children and plan for boosters to minimise the disruption to education, with schools acting as vaccination sites.

The stance is also echoed more globally, with evidence becoming stronger for the value of protecting children – especially as cases rise, or remain high, among children in countries with high vaccination coverage among adults.

In mid-September, cases of COVID-19 in the United States were highest among 16 to 17 year olds, with 12-15 year olds a close second. Weekly cases reached 299 and 281 per 100,000, respectively. Numbers have since started to decline, but remain high and in this age group most of all.

The situation is most dire in the southern states of the US, explained Dr Anthony Fauci, during a lecture at the London School of Hygiene and Tropical Medicine (LSHTM) last month. In states including Texas, Georgia and Mississippi, “the intensive care units in the paediatric hospitals are full,” he said. OzSAGE also forecast that “one to three percent of unvaccinated Australian children may become hospitalised with COVID-19”.

The UK is facing a similar scenario. In the week ending 25 September, only children saw a rise in infections (apart from a very small uptick in people over 70) and one in 25 children aged 11-15 years tested positive for COVID-19.

“That’s an extraordinarily high rate,” said Kevin McConway, Emeritus Professor of Applied Statistics, The Open University, in response to the data. He added that infections rates didn’t really start rising in that age group until mid-September – a few weeks after schools reopened in the country.

A contributing factor was the Government’s removal of restrictions in schools, including the removal of mask mandates and the need for under 18s to isolate if a household member tests positive.

“Children of these ages are very unlikely to get seriously ill if they are infected. But they can pass on the infection to others,” said McConway.

But Fauci, while recognising the fact children do not get as seriously ill when compared to adults, points out that the US “has lost more children from Sars-CoV-2 than we ever lose for influenza.” He also stresses that the long-term effects of infection, Long COVID, are unknown for children.

These points – transmissibility, serious disease and uncertainty around long-term consequences – along with disruption to education are grounds to push for COVID-19 vaccination among children.

“I come down strongly on ultimately vaccinating our children,” said Fauci – and the US has led the way on this since May, with rollouts of the Pfizer vaccine promptly following FDA approval that month.  Currently, 75 percent of people over the age of 12 have been vaccinated with at least one vaccine in the US.

Europe was close behind, with the European Medicines Agency approving use at the end of May and countries on the continent then rolling them out at varying speeds.

“The US, Canada, Australia, New Zealand, Israel and much of Europe and Southeast Asia are currently offering two doses of vaccines to all 12-17 year olds,” said Professor Martin McKee from the LSHTM in a statement. “The US has fully vaccinated over 10 million under 18s and France has already full vaccinated more than 52 percent of its 12-17 year olds,” he added.

But the UK was slower off the mark, at first only offering COVID-19 vaccines to 16-17 year olds and younger children at increased risk from infection.

The UK Government’s rollout of a single dose of vaccine among all 12-15 year olds, announced in September, went against advice from its Joint Committee on Vaccines and Immunization (JCVI) at the start of that month. This advice stated that the margin of benefit provided by COVID-19 vaccines to healthy children “is considered too small to support universal vaccination of healthy 12 to 15 year olds at this time.”

The committee had accounted for various factors, including the small risk of heart inflammation, myocarditis and pericarditis, mostly in younger men, associated with mRNA vaccines, like the Pfizer vaccine. The Government’s subsequent decision to offer one vaccine dose to adolescents was informed by these risks, aiming to provide the health benefits of vaccination while reducing the risk of heart inflammation, which typically follows the second dose.

Many experts, including McKee, believe the JCVI’s stance is out of sync with the rest of the world. “The approach taken by the JCVI is completely out of line with that of advisors in many other countries so it really should explain why it thinks they are wrong,” McKee said.

A study published last week that McKee co-authored provides evidence in favour of the UK rollout, and against the JCVI ruling, finding that “the benefits clearly outweigh the risks,” when predicting the number of hospitalisations, deaths and cases of Long COVID that could be averted through vaccinations, given the current high rates in the country.

The UK continues to see more than 35,000 cases of COVID reported per day, according to government data.

The researchers based their analysis on data as of 15 September that showed COVID-19 cases among 10-19 year olds to be 680 per 100,000. They also assumed that cases will go up due to schools being open, therefore basing calculations on infections going up to 1,000 per 100,000 people.

For Long COVID, up to 56,000 cases could be avoided, the analysis found. It was also shown that these benefits would continue to outweigh any risks as long as cases remained higher than 30 per 100,000 – which has been the case this entire year.

“While children with pre-existing illnesses may be at greater individual risk, 60 percent of hospitalisations in under 18s in England have been amongst children who do not have such conditions, suggesting considerable benefits for all children in reducing severe illness through vaccination.”

However, the study based its calculations on children receiving two doses of vaccine, not one, which is the current offer in the UK. “Without being able to offer a comparison of one vs two doses (which was presented in the JCVI analysis), this does not add to the current discussion,” said Dr Alasdair Munro from the University of Southampton.

“This analysis would be benefited further if the authors extended their analysis to consider the impact of the first dose of vaccine,” added Professor Penny Ward from Kings College London. “This additional assessment could be very helpful to JCVI and others still considering the final vaccination schedule in this age group.”

As with all aspects of the pandemic and its control, a lot remains unknown and decisions are being made on the evidence available, with revisions made as more data comes in. Pfizer and Moderna both have trials underway in children aged five and above, with Pfizer recently publishing promising results regarding safety in this age group, which were submitted to the FDA last week.

But as cases continue to rise largely in children in countries like the US and UK, and children continue to be hospitalised or worse, there is a strong imperative to protect children.

As Professor Kathy Eagar, Director of the Australian Health Services Research Institute at the University of Wollongong, wrote recently in her COVID SNAPS column:

We need to do everything possible to protect every child.”

Over 35 percent of Australian children aged 12 to 15 have had their first vaccine dose, since they became eligible on 13 September, according to the Australian Government, with a possibility that vaccination will also become available to those aged five to 11 later in the year. The new publication from OzSAGE also makes clear that vaccination is not the only tool in the kit.

The experience of San Francisco provides a useful model of successful reopening, according to SAGE, where 90 percent of children over the age of 12 are fully vaccinated, all children aged two or more are required to wear masks in schools at all times (except lunch, which is eaten outside), and following a ventilation audit, High Efficiency Particulate Air (HEPA) grade air purifiers were purchased for classrooms with inadequate ventilation.

Despite over 100 daily COVID-19 cases in the community, only seven instances of in-school transmission have been identified in San Francisco schools since schools reopened in April 2021, the report states.

“If we fail to protect children there is a significant risk that tens of thousands of children will be hospitalised,” the OzSAGE authors write.

“School closures and a high level of absenteeism are likely, as well as negative mental health impacts. It seems clear that we should endeavour to protect children, in order to avoid the potentially catastrophic outcomes of not doing so.”

See the data from the CDC. 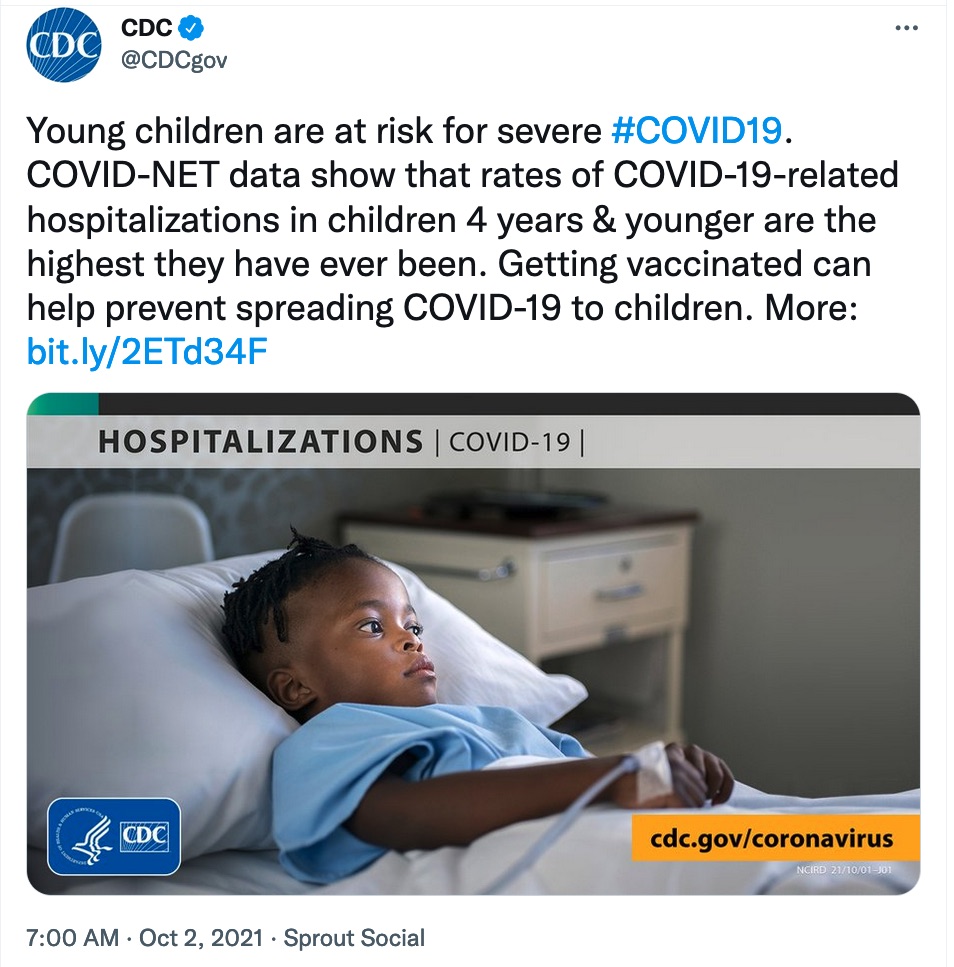 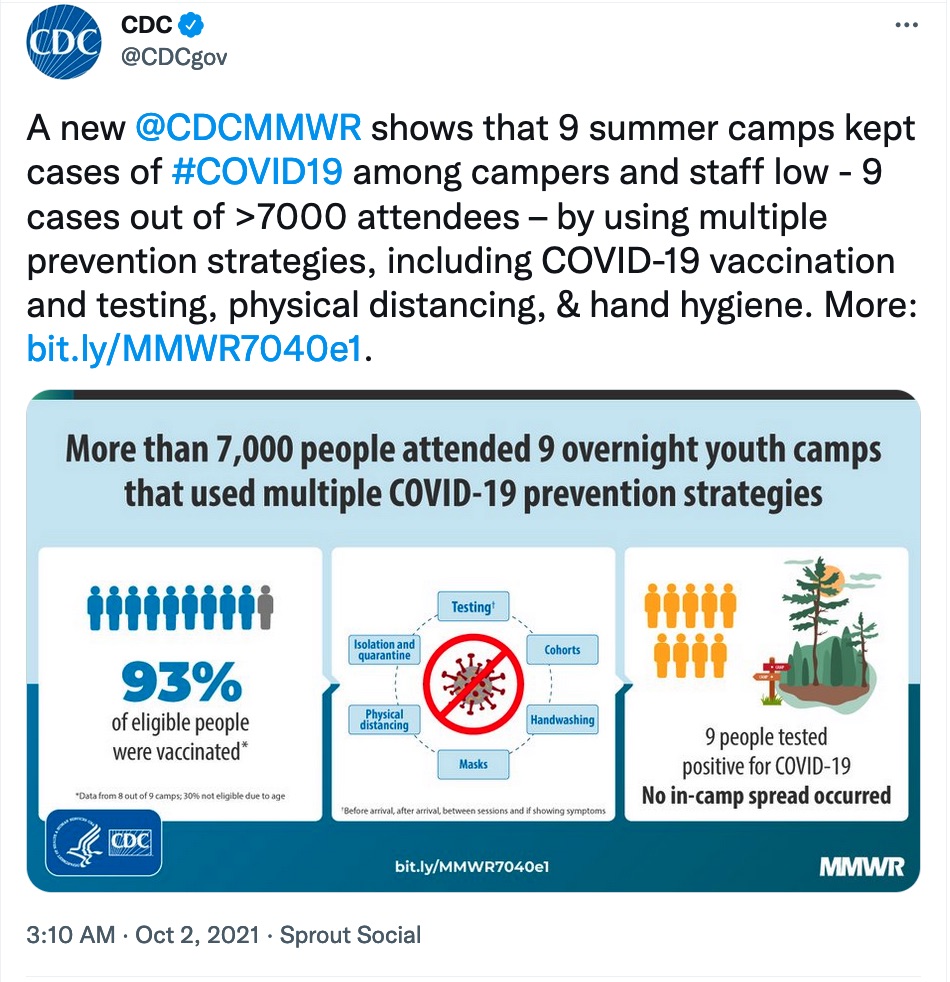 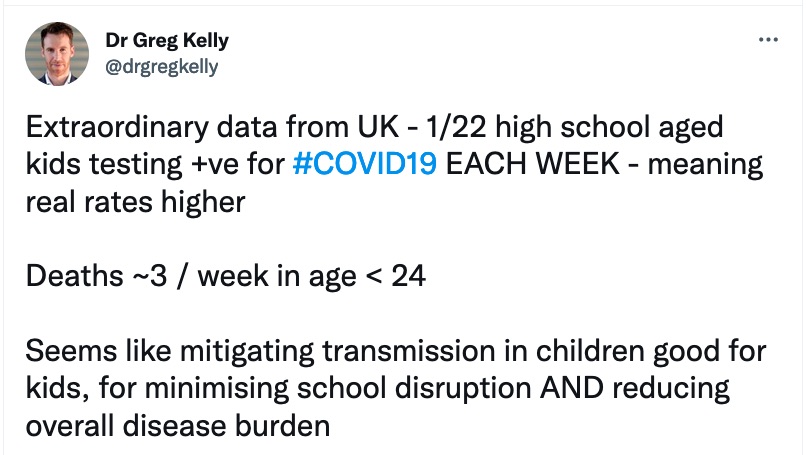 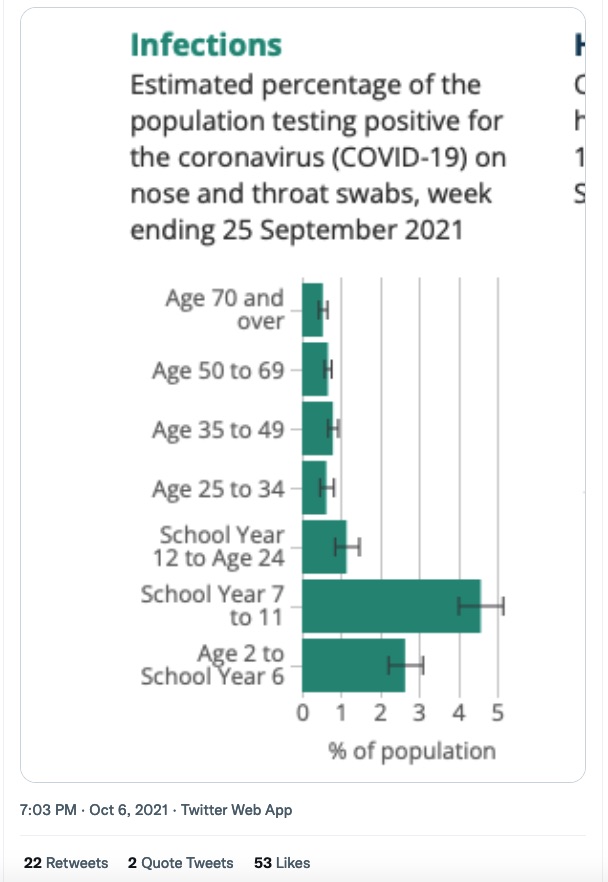 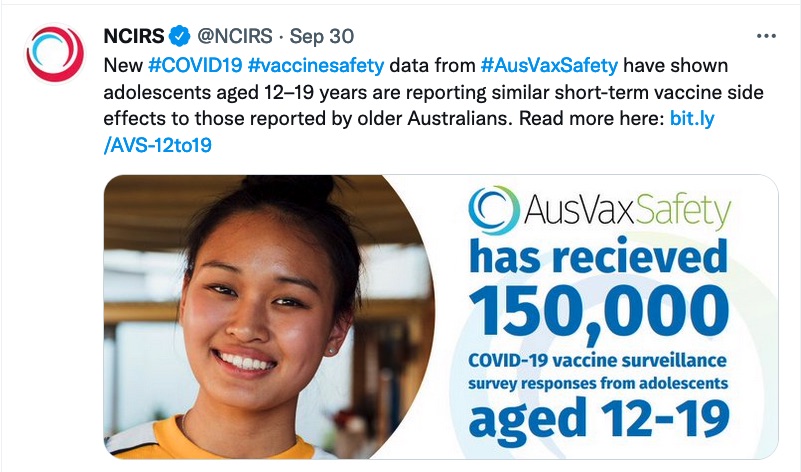 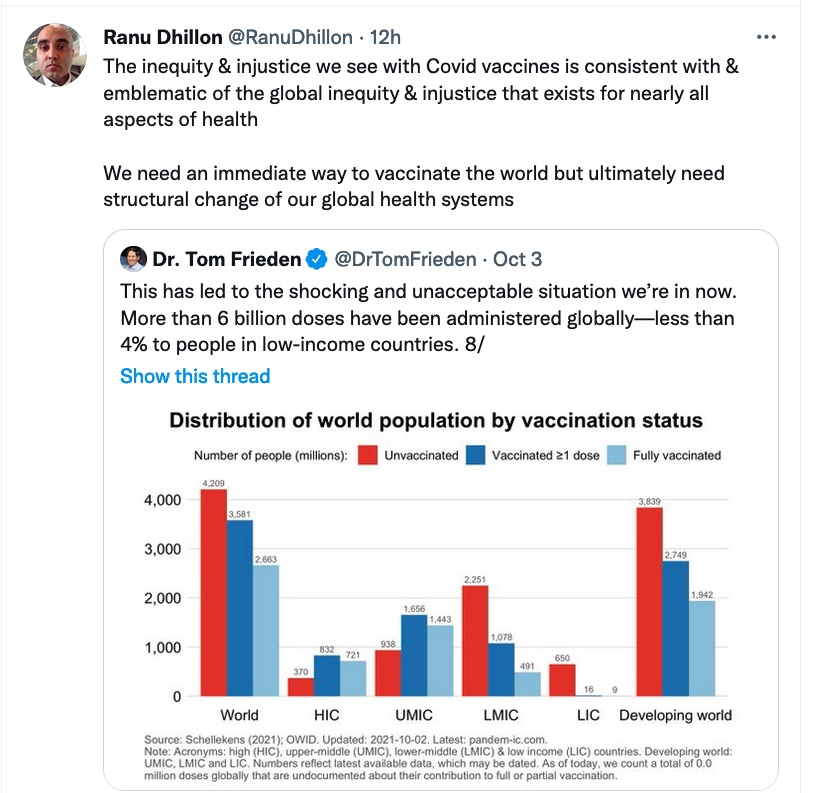 See our archive of stories on COVID-19.

PrevPreviousFor the sake of health and democracy, there are growing calls to regulate digital platforms
NextBetter building standards are good for the climate, your health, and your wallet. Here’s what the National Construction Code could do betterNext