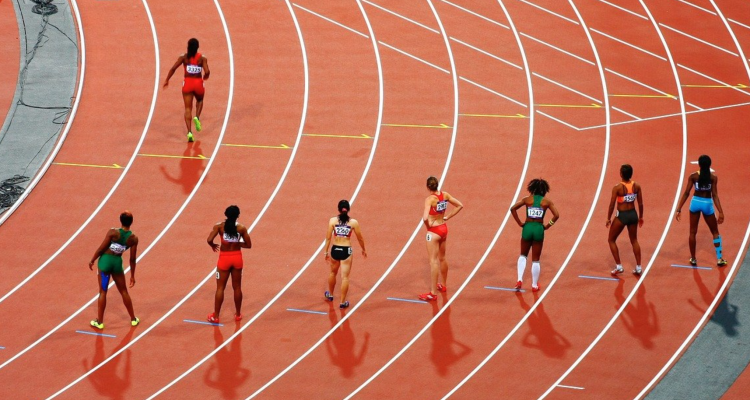 As millions worldwide watch the sporting events at the Tokyo Olympics they are also being bombarded with advertisements for unhealthy junk food products. This directly undermines efforts to reduce rising rates of overweight and obesity – one of the greatest threats to global health.

In the following post from the Public Health Association of Australia’s In Touch Public Health blog, Associate Professor Kathryn Backholer, Dr Christina Zorbas and Dr Florentine Martino discuss the century-long association between junk food advertising and the Olympics and call on elite athletes, the International Olympic Committee and other sporting organisations to work together to stop the harmful impacts of unhealthy sports sponsorship.

This article is re-posted with permission from the authors and the PHAA.

The Tokyo Olympics is like no other before it. In the middle of the COVID-19 global pandemic, Olympic stadiums are largely empty. But with half of Australia currently under ‘stay-at-home’ orders, tuning into the Olympics may become the Nation’s biggest-ever broadcasting and digital event.

Watched by children all over the world, the Tokyo Olympics will create childhood sporting heroes, encourage a generation of kids to participate in many different sports, and even inspire some to dream that they too will become an Olympic champion one day.

But as kids watch the Tokyo Olympics and follow their favourite sporting heroes on social media platforms, they are bombarded with advertisements and endorsements for the very products that will quash these dreams and ambitions. The very products that are fuelling another pandemic – the global obesity pandemic.

A history of Olympic sponsorship

For nearly a century junk food brands have partnered with the Olympics, exchanging hundreds of millions of dollars for category-exclusive marketing rights throughout the Games and use of the official Olympics logo.

For example, Coca Cola, a major sponsor of the 2020 Tokyo Olympics and the longest continuing partner of the International Olympic Committee (IOC; 92 years), has flexed its Olympic sponsorship muscles this year through the strategic placement of Coca Cola products at Olympian press conferences and master brand advertising alongside the Olympic torch relay.

With rights to the Olympics logo, Coca Cola is also branding its products and marketing campaigns with the Olympic rings. And through specific Athlete partnerships, are using Olympians to promote and endorse their products.

In Australia, Cadbury has partnered with the Australian Olympic and Paralympic Teams so they can ‘unite Australians to celebrate the iconic sporting event through a series of marketing activities, including in-store promotions, PR and above the line advertising.’

Why? Because the global return on investment is like no other event.

Compounded by Olympic broadcasting partnership agreements (e.g. McDonalds is a Broadcast Partner with Channel 7 – every ad break comes with a big mac!), children watching the Olympics around Australia and around the world are being deceived by the association of junk foods with healthy lifestyles and emotions of unity and inclusion through sport.

The importance of individual actions

But not every athlete is buying into these partnerships – recently even high profile (and highly sponsored) sports athletes have joined the conviction that junk food sponsorship has no place in sport.

During the 2021 European Championship, Cristiano Ronaldo – arguably the best footballer of the last century – demonstrated to the world the ironies of junk food sports sponsorship by removing a Coca-Cola bottle during a press conference and urging people to “drink water” instead.

Reports suggest that this move by Ronaldo contributed to a temporary $US 4 billion loss in market value for Coca-Cola. It also ignited a global conversation on Coca-Cola’s flawed brand association with sport.

There is no doubt that sport is, and always has been, a powerful force for social change, including in the fight against Big Food and Drink companies.

We call now for other elite athletes and sporting organisations, such as the IOC, to use their power and influence to challenge the involvement of unhealthy industries in sport, not promote them. To ensure that their chosen sponsors pose no harm to society and are better aligned with health promotion – showing world class leadership that few other sporting bodies have demonstrated to date.

We also call on governments to step up and protect children from the harmful impacts of unhealthy sports sponsorship through the implementation of comprehensive marketing restrictions on junk food products and brands.

The Tokyo Olympic Games motto this year is “United by Emotion”. Whilst we all eagerly welcome unity through hope, pride, and inspiration in sport – the deceptive emotions manufactured by junk food companies have no place on the Olympic podium.

• The authors are from Deakin University