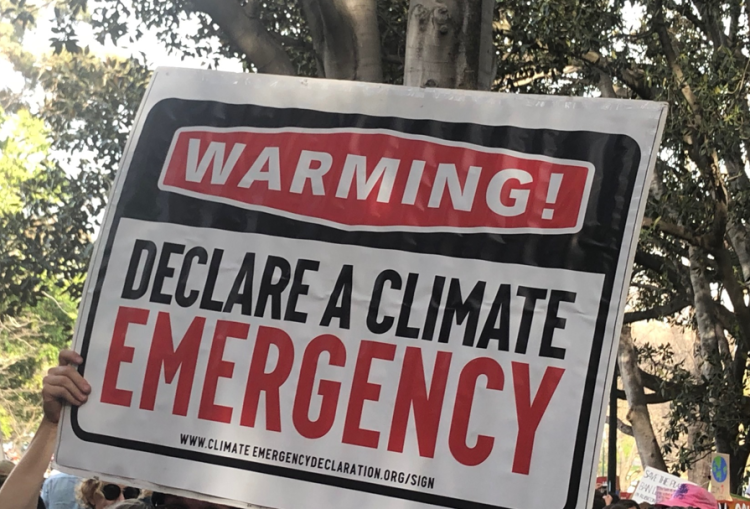 Poorer and middle income nations like Costa Rica have outperformed richer nations like Australia and New Zealand in addressing the climate emergency as a health concern.

That’s according to a devastating analysis of the climate and health commitments of 66 countries ahead of COP26 in Glasgow later this year, published in a Global Climate and Health Alliance scorecard.

Australia and New Zealand have scored 0 out of 15 in a global scorecard that ranks the focus on health within national climate commitments ahead of COP26, the UN conference of parties to the Paris Agreement to be held in Glasgow in November.

Iceland and Norway also scored zero points, while the European Union, representing 27 member states, registered just one point in the Healthy NDCs Scorecard published last week by the Global Climate and Health Alliance (GCHA). It assessed nations on their Nationally Determined Contributions (NDCs), which embody efforts by each country to reduce national emissions and adapt to the impacts of climate change under the Paris Agreement.

At the top end of the scorecard, Costa Rica scored 13, followed by Laos and Senegal (12) and Argentina, Lebanon, Papua New Guinea and Rwanda (11). The United States scored six and the UK seven.

With the exception of Chile, all NDCs which received 10 or more points were submitted by low and middle income countries, “which bear the greatest burden of the health impacts of climate change”, the GCHA said.

Their relatively high scores “could be due to the health impacts of climate change already taking place in these countries”, it said, pointing to “lip service” being paid by too many higher income nations.

“Despite spending over a year dealing with the pandemic, along with heatwaves, forest fires and other climate impacts, governments are not yet doing enough to prioritise health in the face of a warming climate or to incorporate health into their climate commitments,” it said in a statement.

Australia’s failure on climate and health policy was further underscored by Resources and Water Minister Keith Pitt’s announcement last week of the first grant allocations under the $50 million Beetaloo Cooperative Drilling Program to accelerate development of gas projects in the Northern Territory.

The Seed Indigenous Youth Climate Network (known as Seed Mob) slammed the announcement as an “insult to Traditional Owners in the Northern Territory and First Nations communities right across the nation who spend everyday fighting for country, for culture and our future”.

“On one hand the Government is singing praises of NAIDOC Week’s theme for 2021, “Heal Country!” yet on the other hand they’re making it easier for big oil and gas corporations to desecrate and destroy sacred country,” Seed Mob said, urging support for its campaign to end fracking in the NT.

GCHA Executive Director Jeni Miller told an online global media briefing last week that she was calling in from Canada, which, like parts of the US, has been experiencing devastating heatwaves and bushfires.

Just a few days previously the small town of Lytton in British Columbia had recorded the nation’s highest ever temperature, 49.6 degrees Celsius, and hours later was all but destroyed by fire, she said.

It was further proof that climate change has “momentous and potentially catastrophic implications for health”, which must therefore be embedded explicitly in the COP26 NDCs, she said.

The GCHA scorecard covers 40 of the 65 NDCs submitted to date, covering 66 of the 91 countries which have submitted NDCs, including the EU 27.

Countries were assigned a score based on consideration of health in five key areas – impacts, adaptation, co-benefits, economics and finance, with additional bonus points available where there was particular focus on health, or consistent integration of it. They were also judged on ambition for reduction of greenhouse gas emissions.

The scorecard accepts that some countries have separate strategies with a strong focus on adaptation measures for health (such as the UK), however only NDCs themselves were analysed for this work, and not other related policies, such as, for example, New Zealand’s Wellbeing Budget, which has been hailed for its focus on climate change.

However, the Alliance said that, while many NDCs included health, few provide more than superficial detail on how they will protect health from the impacts of climate change, while even fewer consider how this could be financed, or the costs of failure to act.

The GCHA says Australia’s seven-page NDC makes no mention of health-related considerations (indeed, doesn’t mention the word ‘health’) and fails to align with the Paris Agreement.

“Despite claiming to be ‘on track to meet and beat its 2030 target’ set out in its 2016 NDC, and experiencing devastating annual wildfires, Australia opted to not increase this insufficiently ambitious target to reduce greenhouse gas emissions, jeopardising the health of the national population and of people worldwide,” it says.

The GCHA also expresses disappointment in New Zealand’s NDC, which runs at only a little over one page (versus others that run to more than 140 pages, with commitments and considerations). It also makes no reference to health and falls short of the level of ambition required to meet the Paris Agreement. It says:

As a country which is often perceived to have an especially progressive government, these results are striking. New Zealand was at the forefront of the response to the COVID-19 pandemic, but fails to acknowledge the health threats of climate change in its NDC, which pose an even greater risk.”

By contrast, the GCHA says, Costa Rica highlights the links between climate change and vector-borne disease, zoonoses, and food security and nutrition and commits to monitoring such impacts.

It details adaptation considerations for health and notes the benefit of specific and timebound mitigation targets in the transport and energy sectors for health. Health also features in the financing section of Costa Rica’s NDC.

Other key findings are:

CGHA policy analyst Jess Beagley said the scorecard shows that, “overall, countries are far from where they need to be in terms of incorporating health into climate policy”.

However, she said, the highest-scoring countries offer ready examples that this can be done, “and should inspire the rest to follow suit, so that they can reap the health benefits for their people”.

Australia’s Climate and Health Alliance, a member of the GCHA, has led the call for climate health action in Australia over many years, and specifically for a National Strategy on Climate, Health and Wellbeing. In May it was among 60 leading health groups to issue an open letter to the Federal Government, urging it to scale up emissions reduction strategies to prevent premature deaths and declining health outcomes associated with climate change.

It called for three key actions:

CAHA’s executive director Fiona Armstrong said the scorecard shows that “Australia is again at the bottom of the pack when it comes to taking the health effects of climate change seriously”. She told the briefing that medical colleges will ramp up their advocacy in the leadup to COP26.

However, she said, there is “a lot to be done” in efforts to shift the Federal Government’s position on climate action, not helped by the recent re-election of Barnaby Joyce as National Party leader and Deputy Prime Minister, who has “a record and appetite for blocking action on climate change”.

Urging nations to step up their focus on health in the lead-up to COP26, the GCHA makes the point that climate solutions are “jam-packed with health benefits, from actions to cut greenhouse gas emissions that also improve air quality, to adoption of urban designs that promote fitness through safe bicycle and pedestrian travel”.

“Protecting nature-based carbon sinks such as rainforests and large ecosystems can also prevent the emergence of infectious diseases, and more sustainable plant-based diets can save millions of lives each year,” said Professor Jonathan Patz, Director of the University of Wisconsin-Madison, Global Health Institute in the GCHA statement, adding that health benefits of strong climate action “will accrue almost immediately”.

Climate inaction can also exacerbate the health, social and economic impacts of the COVID-19 pandemic, warned Poornima Prabhakaran, Deputy Director of the Centre for Environmental Health at Public Health Foundation of India.

With the COVID pandemic having “laid bare the inadequacies in the public health infrastructure” of many nations, the medical and public health sectors should leverage the opportunity to bring the health discourse to all policies being made in response to the coronavirus, including economic stimulus packages, as the Public Health Foundation is seeking to do in India on air pollution, housing and urban design, she said.

“Driving the formulation and uptake of healthy national climate commitments will have important implications for the post-COVID world,” she said.

The GCHA is calling on governments to ensure that national climate action commitments include:

Croakey asked Australian Health Minister Greg Hunt to comment on the scorecard and calls from health groups to prioritise health in Australia’s NDC. We received this response from a spokesperson for the Federal Health Department:

“Climate change is a global challenge and all countries, including Australia, are playing their part to mitigate and adapt to its impacts.

The Australian Government is focused on developing a sustainable and responsive health system, with a range of programs that can be expanded to respond to emerging pressures, including those that are climate-related.

The Government continues to fund scientific research to help assess, understand and prepare for the impacts of climate change, including the health impacts. This includes funding of $30 million over seven years for the Australian Research Council Centre of Excellence for Climate Extremes, to carry out research on past and present climate extremes and build capacity to predict them, and $5 million in funding for smoke-related research from the Medical Research Future Fund (MRFF) through an open and competitive grant opportunity.

In November 2020, the National Health and Medical Research Council opened a $10 million special initiative to boost research capacity and capability in health and environmental change. This initiative aims to improve Australia’s preparedness and responsiveness to human health threats from changing environmental conditions and extreme weather events.

The Department is working with states and territories to address this important issue at a national level, including through the Australian Health Protection Principal Committee (AHPPC) and its standing committees.” 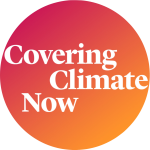 PrevPreviousCOVID-19 wrap: focus on children and young people
Next‘I’m scared we won’t have money for food’: how children cope with food insecurity in AustraliaNext