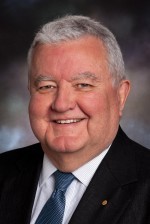 A new paper released by the Office of the Chief Scientist warns of a ‘post-antibiotic era’ in which children could die from minor scratches. The paper was released this week and supported by a call from the Consumers Health Forum to increase funding for research in this area and establish an independent body to combat and monitor antibiotic resistance.

Drs Prasad and Smith write that the discovery of antibiotics led to a major improvement in human health in the early 20th Century but that the rapidly rising threat of antibiotic resistance has the potential to cause just as dramatic a change. This change will be to herald ‘an end to modern medicine as we know it’ posing a genuine threat of humanity returning to an era where mortality due to common infections is rife.  The paper quotes Director General of the World Health Organisation, Dr Margaret Chan who said “A post-antibiotic era means, in effect, an end to modern medicine as we know it. Things as common as strep throat or a child’s scratched knee could once again kill.”

The paper discusses the “alarming” increase in antibiotic resistance globally and states that this represents a looming public health issue for Australia. It argues that while infections with antibiotic-resistant strains of bacteria typically occur within hospitals and healthcare facilities,  in recent years an increasing number of these types of infections have appeared in the broader community.  IN the future, Australians will be vulnerable not only to antibiotic-resistant strains of diseases such as tuberculosis but also infections arising from  medical interventions, such as  cancer chemotherapy, organ transplantation, artificial devices (e.g. catheters, heart valves) and implants (e.g. hip joints).

With this convergence of antibiotic resistance and the collapse in the antibiotics R&D pipeline, the paper calls for urgent action stating that nothing short of a global revival in antibiotics R&D is required.  It argues that a significant investment in research is required in order to build up a new arsenal of effective treatments and diagnostic tools to combat resistance in the longer term. Along with research, it is also vital that we continue prudent use of all currently available antibiotics; and global infection control through better sanitation, hygiene practices and surveillance of infections.