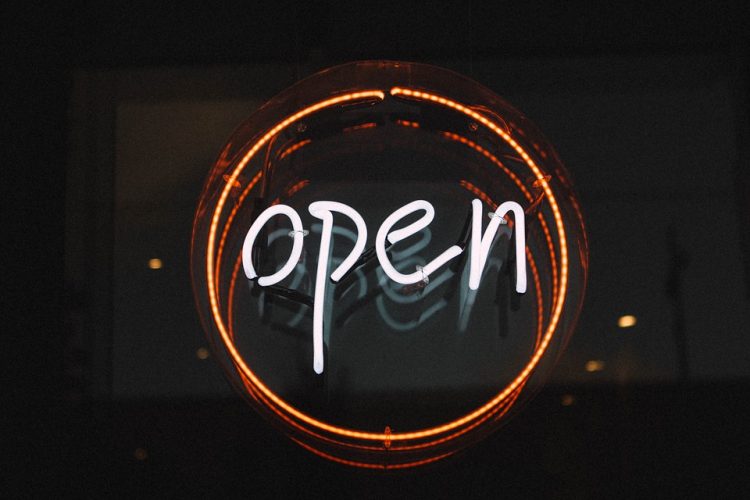 Australia has a new four-phase plan for a return to normality. Here’s what we know so far

Introduction by Croakey: National Cabinet’s four-phase plan for transitioning our response to COVID comes amid many unknowns and questions.

Announcing the plan last week, Prime Minister Scott Morrison said it will be based on the “scientific evidence”, particularly on modelling work being done by the Doherty Institute.

Much of the plan will ride on the supply and rollout of vaccines, decisions about vaccination of children, issues of global vaccine equity, and how the coronavirus is spreading globally.

However, with a federal election due by May 2022, political considerations no doubt will also come into play in an environment where, as ABC’s 730 program is reporting, the Federal Government’s  supply agreement with AstraZeneca is being withheld from public release on the grounds it poses a “real and substantial risk” to national security if it were released.

In an Opinion piece today, former Labor Prime Minister Kevin Rudd weighed in, calling for the resignation or sacking of Heath Minister Greg Hunt and saying “breakdowns of fundamental standards of governance don’t come much bigger than the Morrison government’s medley of pandemic policy and performance failures on aged care, quarantine and vaccination”.

Meanwhile, the global outlook is a grave concern; French Health Minister Oliver Veran has warned that France could be heading for a fourth wave of the coronavirus by the end of the month, if the UK’s example is anything to go by.

Yet in the UK, despite cases having risen to their highest level since January 2021 and government scientific advisors warning of the risks of building new “variant factories”, UK Prime Minister Boris Johnson is expected later today (UK time) to announce that the lifting of most remaining Covid-19 restrictions in England will go ahead in two weeks.

In the US, where a strong vaccination rollout is still meeting deep pockets of vaccine hesitation, US President Joe Biden’s chief medical adviser Dr Anthony Fauci has warned the nation will see “almost two types of America”.

“You know, those regions of America which are highly vaccinated and we have a low level of dynamics of infection. And in some places, some states, some cities, some areas, where the level of vaccination is low and the level of virus dissemination is high – that’s where you’re going to see the spikes.”

Closer to home, Fiji is undergoing a COVID-19 surge, with the country’s health minister saying the mortuary at its largest hospital is now full, while Indonesia, battling one of Asia’s worst outbreaks, said on the weekend that 60 people had died in a hospital where supply of oxygen was almost exhausted.

Crunching the numbers for Australia at The Conversation, epidemiologists Professor Tony Blakely and Associate Professor Vijaya Sundararajan say modelling to date suggests that opening the borders before about two-thirds of the population is vaccinated (in the absence of strong additional methods) could cause considerable illness and death.

All of this is also predicated on a dramatic reduction in the number of Australians being able to come home from other countries in the coming months at least, raising questions about whether it is legal to hold them in arbitrary exile.

In the post below, Adrian Esterman, Professor of Biostatistics and Epidemiology at the University of South Australia, outlines each phase of Australia’s “sensible, if somewhat vague” plan, saying there is light at the end of the tunnel for those desperate for international holidays.

“You can potentially start packing in the second half of next year,” he suggests in this article originally published at The Conversation.

Prime Minister Scott Morrison has received criticism from the general public for not having a concrete plan to take us out of the COVID-19 pandemic.

However, he went some way to addressing this on Friday, announcing national cabinet had agreed to a four-phase plan to get us back to something resembling our pre-COVID way of life.

It’s not yet very detailed, and no dates have been set out for the various phases.

But we do have some idea of what’s being proposed, and Morrison said moving through each phase will depend on reaching vaccination targets determined from modelling, currently being undertaken by Melbourne’s Peter Doherty Institute.

The idea is to transition from our current priority of suppressing transmission of the virus, to a focus on the prevention of serious illness, hospitalisation and deaths.

Let me take you through each phase and what we know so far.

We are in Phase 1 now, and the aim is to continue to minimise community transmission.

Lockdowns may continue to be used in this phase, although only as a last resort.

The international arrivals cap will now be reduced by 50 percent to take pressure off our hotel quarantine system due to the increased infectiousness of the Delta variant.

Read more: What’s the Delta COVID variant found in Melbourne? Is it more infectious and does it spread more in kids? A virologist explains

Morrison has indicated he expects the cap to stay in place until at least the beginning of 2022.

However, the federal government will facilitate increased repatriation flights to Darwin for quarantine at Howard Springs.

Also, as part of this current phase, there will be a trial of home quarantine for fully vaccinated returnees. This will be for seven days rather than 14.

South Australia has already indicated it would be willing to take part in this trial.

Lockdowns would rarely be needed, and fully vaccinated people would have eased restrictions in any outbreak with respect to lockdowns or border closures. More students and economic visitors will also be allowed in.

Although no dates or vaccine rollout targets have been set for us to reach Phase 2, we would clearly need a high percentage of our population to be fully vaccinated.

As it will take at least until the end of year for the whole adult population to have received their first dose, Phase 2 is likely to kick in some time in the first half of 2022.

In Phase 3, COVID would be treated more like the flu, presumably with annual booster shots to account for new variants. Fully vaccinated Australians would be able to travel abroad.

There would be no lockdowns, no cap on returning vaccinated travellers, and no domestic restrictions for vaccinated residents. We would be able to have travel bubbles with countries in a similar situation.

There would also be increased, albeit still capped, entries for international students.

Realistically, we are probably talking about the second half of 2022 before we can enter Phase 3.

Here life returns to relative normality, very similar to the way it was before the pandemic began. However, there would still be pre- and post-flight testing for unvaccinated arrivals, and a vaccine passport system will likely be in place. I imagine there will still be a focus on hand hygiene and coughing etiquette.

The plan depends to a large extent on vaccine availability, any new and more transmissible variants arising, and persuading enough Australians to get vaccinated.

It will create a two-class system of those who are fully vaccinated and who will have lots of freedoms, and those not. Although there are some people who, for medical or even religious reasons, might not be able to be vaccinated, for the vast majority it is a choice.

Read more: A vaccine will be a game-changer for international travel. But it’s not everything

Morrison’s statement says the plan will depend very much on the percentage of Australians 16 years and older who are fully vaccinated.

However, the Delta variant may be spreading more easily in children, although it’s not yet clear whether this is simply a function of the variant being more transmissible in general. It’s also unclear whether this leads to increased serious illness in those children infected.

Overall, I think the plan is sensible, if somewhat vague. Phase 1 calls for lockdowns to be a last resort, although I think this a big ask given the low percentage of the population currently fully vaccinated. Singapore has proposed a similar plan, but is way ahead of us in its vaccine rollout, with more than 60 percent of its population likely to be fully vaccinated by August.

So, for those desperate for international holidays, there is light at the end of the tunnel. You can potentially start packing in the second half of next year.