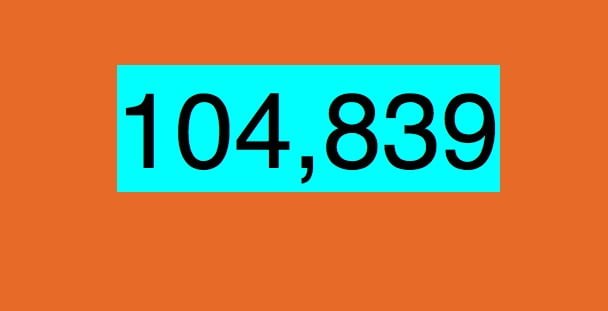 Australia is breaking records for intervention in childbirth, and the costs are many

Variation in rates of obstetric intervention, including caesarean section, were recently cited by the Grattan Institute’s Dr Stephen Duckett when suggesting that a new Code of Conduct for doctors should include a focus on over-intervention.

In the article below, Emeritus Professor Lesley Barclay AO, Professor Hannah Dahlen and Dr Nigel Lee argue that concerted efforts to reduce caesarean section rates in Australia would bring benefits for women, babies and those who fund health services.

The caesarean section rate in Australia has just reached 34 percent and is one of the highest rates in the developed world.

Iceland, with similar demographics, manages to achieve a caesarean section rate of 15 percent and also has the lowest numbers of mothers and babies dying in the world. The World Health Organization reiterated its recommendation in 2015, saying that the ideal rate of caesarean section was between 10-15 percent.

Long term consequences now being demonstrated suggesting an association with between caesarean section and increased rates of diabetes and obesity in adulthood. Some hypothesise that the relationship is causal with the offspring microbiome differing between neonates born by CS and those born vaginally leading to increased energy harvesting.

Non-exposure to labour may also result in changes to gene expression with altered metabolism and increased susceptibility to obesity and chronic conditions in adulthood, most likely through epigenetic mechanisms. Preventing the first CS is paramount, as 86 percent of women having one CS in Australia will have a repeat CS for their next birth.

The costs of spontaneous vaginal birth in Australia, when calculated and published in 2009, were nearly three times less than CS. Despite national efforts to improve rates of vaginal birth, Australia continues to see an annual rise in CS rates.

The Australian Atlas of Healthcare Variation addresses maternity care in 2017 for the first time. It states:

Ensuring that young women with uncomplicated pregnancies have information and access to services that support their choices for their first birth will help ensure the appropriate use of caesarean section.”

In Australia, CS rates vary across States and Territories, but majorly between public and private hospitals. The WHO recommends CS rates around a third of our Australian average as a lifesaving procedure; in some case this is a quarter of the rate seen in some private hospitals.

There is good Australian data, such as that published in New South Wales, that demonstrate the difference between private hospital rates and public hospital CS section rates.

For example, the New South Wales Mothers and Babies Report highlights that operative (CS) and instrumental births (forceps and vacuum birth) are more commonly performed in the private sector and shows privately insured mothers have a rate of normal vaginal birth of only 44 percent.

This compares with a normal vaginal birth rate in publicly insured mothers of 61.4 percent. Even more alarming, the rate of ‘elective’ C/S in the largest private hospital in this report is 45 percent with an emergency rate of C/S of 11.8 percent (overall CS of 57 percent).

Given the increased risks to mother and infant, and costs to the public and private system, it appears unconscionable that this rate of elective and often unnecessary surgery does not raise significant concern.

Unnecessarily subjecting women and their infants to the risks and discomforts of an operative birth is compounded by the financial burden added to the system by adding unnecessary interventions such as surgery when low cost continuity of midwifery care provides excellent results.

We have over 300,000 births a year in Australia. At present more than 100,000 of those are being delivered operatively. The costs to the system are great.

A WHO statement published in 2018 on CS says, ‘when caesarean section rates rise towards 10 percent across a population, the number of maternal and newborn deaths decreases. When the rate goes above 10 percent there is no evidence that mortality rates improve’.

This would suggest that even with a more conservative estimate of 20 percent CS rates, we could reduce our abdominal surgery rates for birth by 60,000 procedures a year and still be much higher than the safe rate recommended by WHO.

PrevPreviousNew report: a call for action to address long-lasting traumas of Stolen Generations policies
NextNew report documents the impact of high out of pocket costsNext