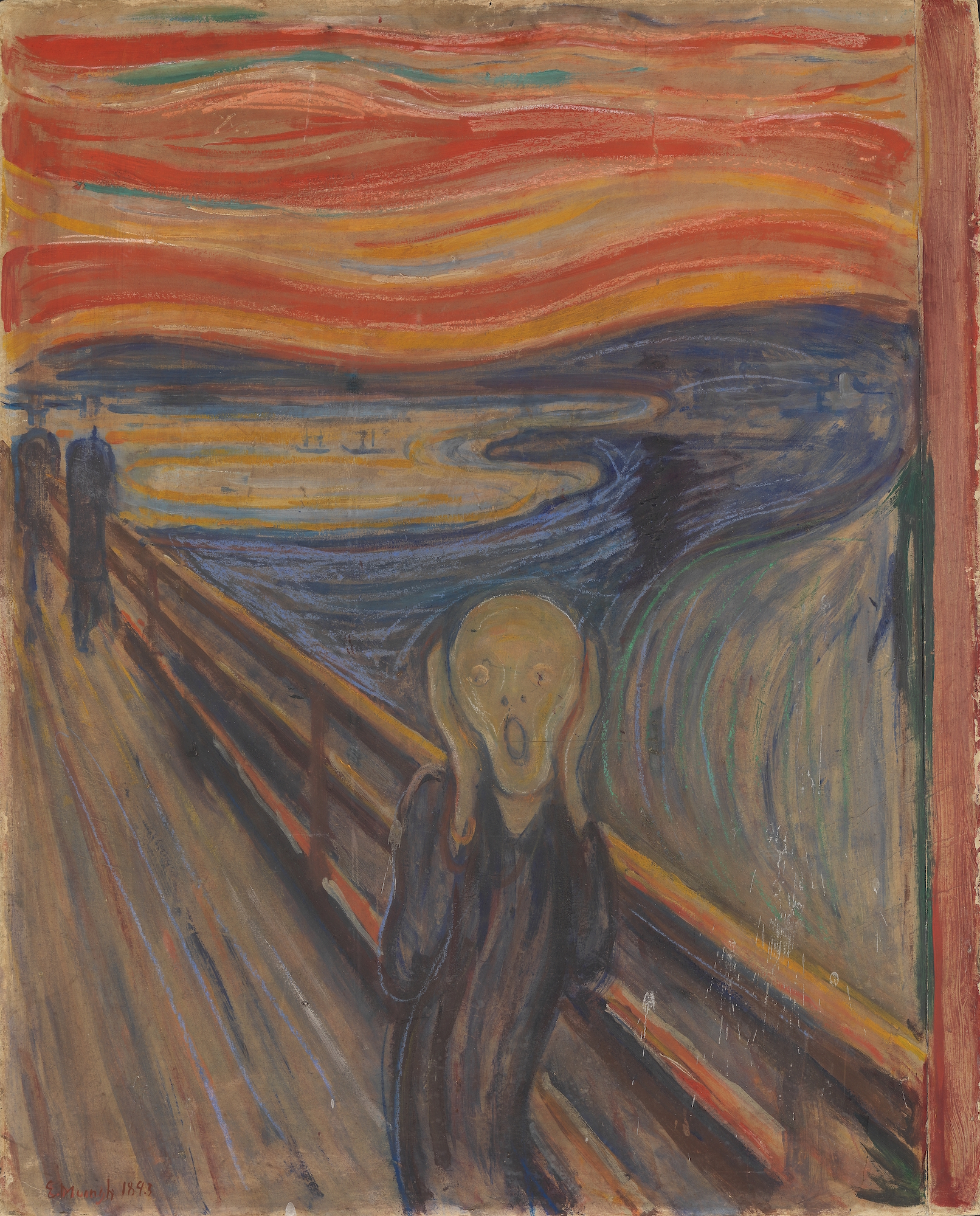 Australia is defenceless against an advancing foe

Introduction by Croakey: The Prime Minister’s recent moral panic about “progressives,” who “target” industries with links to fossil fuels and encourage others to do so, should tell us where our government’s priorities currently lie.

To paraphrase Dr David Shearman’s summation of the situation in the post below, the enemy of environmental collapse is advancing,  and our leaders are looking in the wrong direction.

Shearman, an Emeritus Professor of Medicine, writes that biodiversity loss and climate change are inextricably linked and, if unchecked, will wreak havoc on health.

Isn’t is only natural that those with an interest in health, including doctors, should sound the alarm?

Our Government maintains the primacy of the economy in all its deliberations.

Even when mental health gets attention through the Productivity Commission it is with a view to “improving mental health to support economic participation and enhancing productivity and economic growth,” rather than with the primary purpose of alleviating suffering.

While the Commissioners identified many of the likely social and financial causes contributing to mental health problems, the report was not insightful or courageous enough to identify solutions to those caused by government social and fiscal policy such as lack of social housing and the crippling inadequacy of the NewStart allowance.

This primacy for the economy to the exclusion of all else is never more on display than in our inaction on the greatest threats to Australia’s sustainability.

Biodiversity loss and climate change are the Terrible Twins of environmental collapse which threaten our future health and survival.

Both result from population growth, urban spread, land clearing for cattle farming, and an economy dedicated to unrestricted growth, fuelled by fossil fuels based on industry influence and government ideology.

In future the money spent on the baubles of consumerism has to be transferred to the toil of reparation and sustainability; we live in a finite world.

Thus control of the terrible twins requires fundamental changes in the way we live. This need has been detailed brilliantly by Naomi Klein in her book “On Fire; the Burning Case for a Green New Deal, and summarised here.

Unfortunately the word “Green” in “New Deal” often leads to the usual neoliberal catatonic spasm,  for it must signify a leftist plot.

Australia leads a world crisis of species extinctions, of which Sir Robert Watson, Chair of the 2019 Intergovernmental Science-Policy Platform on Biodiversity and Ecosystem Services says:

The overwhelming evidence from a wide range of different fields of knowledge, presents an ominous picture… The health of ecosystems on which we and all other species depend is deteriorating more rapidly than ever. We are eroding the very foundations of our economies, livelihoods, food security, health and quality of life worldwide.”

Australian scientists agree with this assessment. In the words of Professor James Watson, the Director for the University of Queensland’s Centre for Biodiversity and Conservation Science,

We are world leaders in habitat clearance, vegetation clearance — we clear more land than just about every country on the planet, especially for cattle farming.”

Watson said there must be transformative change to human civilisation if we are to avoid the extinction crisis.

By transformative change, we mean a fundamental, system-wide reorganisation across technological, economic and social factors.”

The report’s Executive Summary indicates that the decline in biodiversity and ecological services is itself a severe threat to food resources.

In Australia the main threats to food resources are climate change, drought, prolific use of water by the gas industry and irrigation, and urban sprawl.

There is an overwhelming case for a better political understanding that soil is a living ecological system which must be sustained as a national priority.

These are detailed in a Doctors for the Environment Australia’s submission to the Senate.

Currently this Act delivers poor environmental management because it depends on State and Territory assessment and regulation systems.

The result is a litany of debacles with land clearing, damage to habitat of threatened species, inadequate action on feral species, progression of logging to maintain jobs, inadequate park management, and poor environmental impact assessments for resource development, leading to legal actions and lack of transparency in process, decision making and accountability.

Tied into this abject performance are many crucial public health issues such as pollution control, especially air quality, and the health of workers in the resource industry.

With the announcement of the ten year review of the EPBC Act there have been two immediate conflicting responses: an open letter from 260 scientists to the Prime Minister requesting the government to address the extinction crisis and strengthen environmental laws, and a reiteration by the resource industry of the long term cry “cut green tape” – a view repeated by the Environment Minister.

The outlook for reform is poor.

The recent government response to the devastating climate change-related drought was a Prime Ministerial visit to soil blown fields, a sifting of dust through knowing fingers and a bucket of pork-flavoured money thrown at suffering communities. Problem solved. Amen.

The worry is that the response to the extinction crisis will be the Prime Minister leaning on a tree with a threatened koala in its branches in the Gold Coast hinterland and throwing a bucket of money at saving an iconic species. Problem solved. Amen.

A further concern is the composition of the expert panel to support the reviewer of the EPBC Act, Graeme Samuel; there is no scientific biodiversity or health expert. The findings are likely to have an economic and development flavour.

Government continues to ignore that health and the environment are indivisible and, as with climate change, humanity must have significant control over the terrible twins in the next decade – or we head for three degrees.

Australia has no effective national policy on biodiversity, climate change adaptation, population, air pollution or drought, and the climate mitigation policy provides a façade for inactivity. We are defenceless.

In 2017, The Australian Panel of Experts on Environmental Law (APEEL) developed a national framework of environmental laws which would replace the EPBC Act and many state laws.

Its proponents were an environmental alliance of over fifty groups including those focused on human health.

The framework would deliver significant health benefits in sustaining the pillars of human health and sustainability, adequate and clean water, clean air, food production and maintenance of biodiversity.

The framework would establish:

(2) An independent National Environmental Protection Authority that operates at arm’s-length from Government to conduct transparent environmental assessments and inquiries as well as undertake monitoring, compliance and enforcement actions.

What can doctors do?

Our medical organisations and colleges, most of which now have climate policies, need to include biodiversity and ecological services within this ambit.

The Extinction Rebellion has seen fit to frame its call as “non-violent civil disobedience to compel government action to avoid tipping points in the climate system, biodiversity loss, and the risk of social and ecological collapse”.

Extinction Rebellion is taking on the Terrible Twins. Likewise doctors need to explain the issue every time they meet any Minister on any topic– yes it is that important.

Considerable responsibility lies most with the most powerful and respected doctors’ organisation, the AMA.

Human health and the environment are indivisible.

The increase in extinctions and threatened iconic species is the tip of the iceberg, the canary in the coal mine. Beneath, there are thousands of other species at risk, pollinators, worms and microbes that sustain soil, and more.

Hundreds of scientists tell us that we have only a decade to act decisively on greenhouse emissions.

This is our responsible, professional role in the Extinction Rebellion. We are able to educate because of our standing and because, in contrast to most other lobbyists, we give our own time in the interests of the health and well being of our patients, their children and grandchildren.

Dr. David Shearman AM PhD FRACP is Emeritus Professor of Medicine at the University of Adelaide