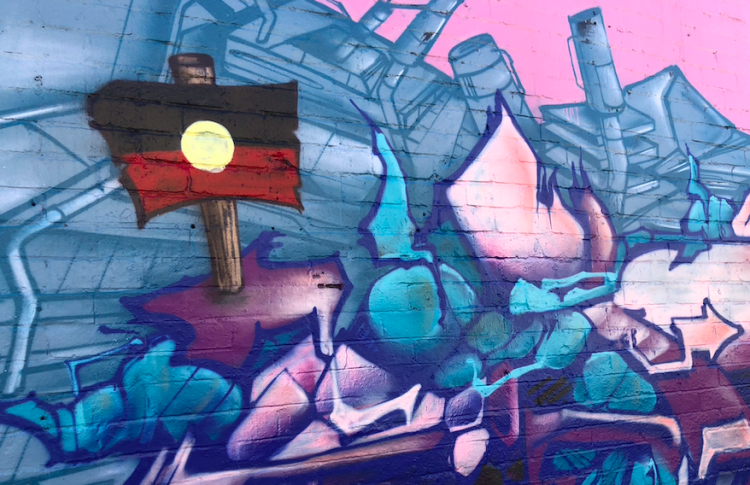 Australia is pursuing a more Indigenous-focused foreign policy. But does it miss the bigger picture?

An Indigenous foreign policy approach could create new dynamics in how Australia sees the world and new perspectives on how we act within the international system, writes James Blackwell, Research Fellow (Indigenous Policy) at UNSW in this article originally published at The Conversation.

Foreign policy is an expression of a state’s fundamental values. It’s the outward face of every government, representing its aspirations in the international system. A state’s foreign policy can often convey strength, but also reveal weakness.

While Australia has enjoyed a strong international standing in recent decades, there has been no real recognition within our foreign policy of the diverse First Nations that have long inhabited this land.

First Nations people are excluded from this external dialogue, and it is well past time this changed.

A history of exclusion

As a proud Wiradjuri man, I know all too well this feeling of exclusion for First Nations people, both here and overseas. Our views on foreign policy are routinely considered irrelevant, our contributions not valued, and our issues ignored.

Yet, First Nations people have so much to offer. We have 80,000 years of diplomatic practice on this continent, conducting effective foreign policies long before there were states or even the concept of foreign policies. We have a strong value system centred in country, community, and culture.

This is why Australia should consider a foreign policy approach centred on Indigenous people and perspectives. It would reset the tired approach we currently take on the world stage and give weight to First Nations desires and aspirations.

These desires are the same ones that guided the Uluru Statement From the Heart four years ago today, and the call for a constitutionally enshrined Voice to Parliament — the desire to be heard and for our ideas and views to help shape the overall direction of this nation.

In a step forward, the Department of Foreign Affairs has launched a new Indigenous Diplomacy Agenda, which represents one of the first examples of Australia attempting to increase the First Nations presence within our foreign policy.

The agenda, unveiled by DFAT Secretary Frances Adamson, soon to be governor of South Australia, has the broad goal of “elevating Indigenous issues in our foreign policy” and taking a more systematic approach to doing better globally by “doing better at home”.

To achieve this, the agenda focuses its practical steps and recommendations around four main pillars: 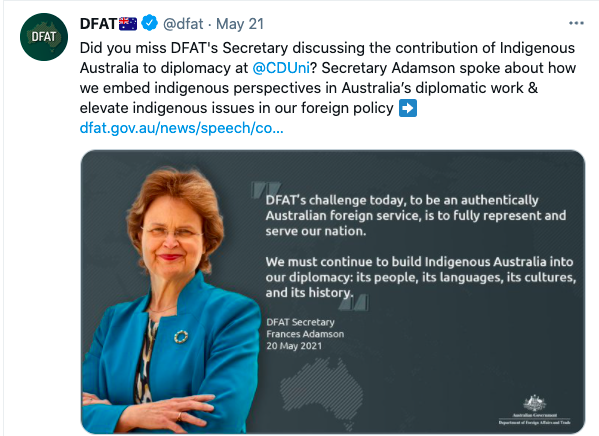 In many regards, this document represents a strong move in the right direction for Australian foreign policy.

Examples from our neighbours

Looking at the approach our neighbour New Zealand has taken, however, shows how we could be viewing things differently.

Earlier this year, New Zealand launched a new foreign policy centred around Indigenous values. By strongly embedding Maori worldviews, tirohanga Maori, in its outlook, the government articulated a much larger and more encompassing proposal of an Indigenous foreign policy than Australia has put forth with this agenda.

As I said at the time, New Zealand’s approach was an

expression of the interconnectedness and purposefulness to which all Indigenous foreign policy aspires.

New Zealand’s new foreign minister, Nanaia Mahuta, has talked both about her own “base of lived experience” as a proud Maori woman, as well as how her goal was to

not only contribute to building a better society [within New Zealand], but a global community.

It is this kind of overall vision which Australia should aspire to, but which is somewhat lacking from its Indigenous Diplomatic Agenda.

There is indeed a failure of ambition with Australia’s plan. The focus is mostly around increasing the involvement of Indigenous people and strengthening specific Indigenous areas within the portfolio.

But this is mostly a continuation of good practices in existing policy. The claim to be a “systematic approach” for change is somewhat unfulfilled. There’s a lack of vision that misses the bigger picture.

First Nations people and perspectives appear mostly confined to areas related to our Indigeneity. Unlike in New Zealand, there is no recognition of Indigenous worldviews having something to offer our broader foreign policy outside of Indigenous-specific work. We are only useful when leveraging our identity.

The real potential of an Indigenous foreign policy approach is to create new dynamics in how Australia sees the world and new perspectives on how we act within the international system. We need to transform our overall thinking, rather than just seeking to place First Nations people within existing structures. 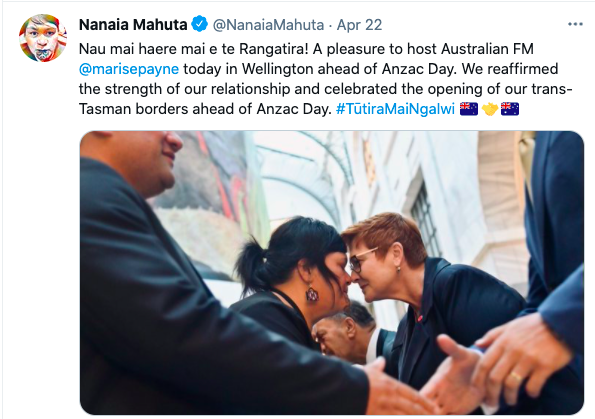 Of course, the research on this is still very much out. Without tangible goals, it remains to be seen whether New Zealand is seriously committed to substantial change, or whether its new approach is merely an idealistic aspiration.

It also remains to be seen if Australia can use its new departmental reforms to work from the ground up and create a truly ambitious foreign policy.

New Zealand may have kick-started an “Indigenous moment” in foreign policy, but Australia has a chance to truly embrace it and transform our place in the world. We have concrete plans from our government, now we need vision.

Can New Zealand’s most diverse ever cabinet improve representation of women and minorities in general?

See our archive of stories on the Uluru Statement.

PrevPrevious“It was personal. It was now. It was the future.” The mental health toll of climate disasters
NextWill Canberra and Victoria work together to make the most of record mental health spending?Next