#NNF2021: Reflections with the experts, if you had your time again, what would you do differently? Screenshot ACN

Introduction by Croakey: The future of nursing in Australia is under the spotlight this week at the Australian College of Nursing’s (ACN) National Nursing Forum, as nurses continue to play a critical role in the nation’s response to COVID-19.

Held under the theme of ‘Champions of Change’, the three day #NNF2021 event was originally scheduled for 2020 to celebrate the World Health Assembly’s International Year of the Nurse and the Midwife, but was postponed twice due to the pandemic.

More than 750 delegates are attending the virtual event, a record number, with many tweeting their enthusiasm at coming together, if online, after two challenging years, as the post below shows.

Jennifer Doggett is covering the National Nursing Forum for the Croakey Conference News Service here and reports below on Day One discussions. You can bookmark her stories here and follow her live tweeting at Twitter via @CroakeyNews and the hashtag #NNF2021.

The opening day of the Australian College of Nursing (ACN)’s 2021 National Nursing Forum demonstrated that while nurses are clearly ready for change, the system may still not be ready for all that nurses can be and do.

Throughout Day 1 of the three-day conference speakers described how nurses are driving innovation in clinical practice, health service management and workforce policies and practices.

Ahead of accepting the award from Health Minister Greg Hunt, Martin provided the following advice to other nurses keen to follow her example as a champion of change:

Find a problem that needs to be fixed – mine was health and equity. Find your why and find your purpose – that is where you will also find your passion.”

Martin added that, to be an innovator, you also need a community of support around you and to move outside of the healthcare space into an entrepreneurial and innovation space.

“It’s also vital to make sure patients and the community are at the centre of what you do,” she said, adding that winning the award would help promote the connections between homelessness, poverty and access to primary health care and the need for government action to address these drivers of poor health.

She also stressed the need for nurses to be recognised as innovators and leaders who can make a difference. 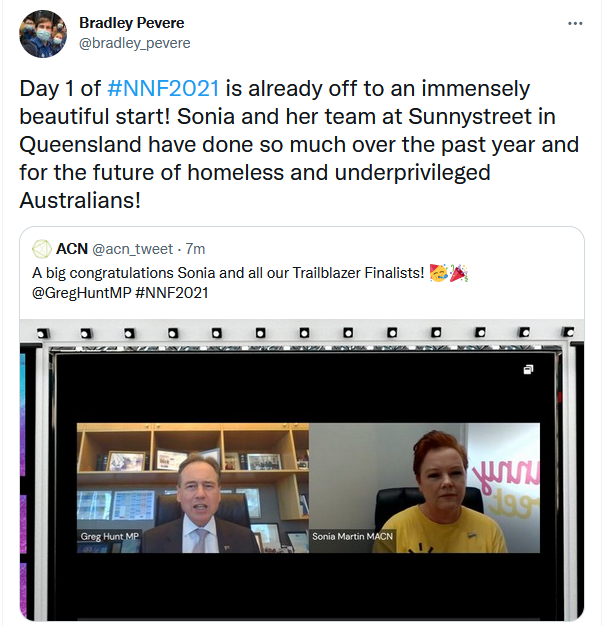 Other examples of nursing innovation included Jennifer Boak, Manager of Community Nursing Services at Bendigo Health, who outlined the development of a new tool for identifying complex patients.

In other sessions Rachael Bennett, Clinical Nurse Educator at St Vincent’s Hospital Sydney and Professor Diana Slade, Director of the ANU Institute For Communication In Health Care, described how the better bedside nursing handovers were promoting a more inclusive and collaborative approach to clinical handover and resulting in fewer hospital-acquired complications.

On a broader level, Associate Professor Denise Heinjus highlighted the demands placed on nurses at the Royal Melbourne Hospital in the early days of the COVID-19 pandemic and the creativity and flexibility of their response in this stressful and uncertain environment. More to come on that in later stories.

Yet despite this widespread evidence of nurses’ ability to lead and drive innovation in health care, speakers also described experiencing systemic, cultural and practical barriers to nurses fulfilling their full potential to be champions of change.

An emerging pattern from the presentations was of success and innovation being recognised at the local service level but failing to translate into increased nursing influence at higher levels.

This was neatly illustrated by Health Minister Hunt, who was effusive in acknowledging the important role played by nurses during the COVID-19 pandemic and who recognised the outstanding achievements of the award finalists.

However, the Minister failed to address the failure of his government to let nurses lead the COVID-19 vaccination roll-out which they say would have delivered a more efficient and comprehensive result than the GP-centred approach that was pushed by the medical profession. Some positive messages and a longer term perspective on the progress that has been made in increasing nursing influence was provided at #NNF2021 by nursing leaders, including the Chief Nurse and Midwifery Officers from the ACT and Tasmania.

ACN President, Emeritus Professor Christine Duffield also told delegates about the changes being made at ACN to increase nurses’ contribution to government policy and program development. This includes a restructure of ACN’s current “communities of interest” into faculties.

Duffield outlined ACN’s vision of “a world where the voice of nurses is expected, respected and heard” and its mission “Shaping health, advancing nursing” which is founded on six pillars: Advocacy, Community, Education, Leadership, Policy, Social Impact.

Valuable advice on driving change at the political level came from Former Minister for Health and current Chair of VicHealth, Nicola Roxon.

She advised nurses to not “let the perfect be the enemy of the good” and to take all opportunities for incremental improvement.

She also urged delegates to “know their enemies” when pushing for change, citing her experience, during her time as Minister from 2007-2011, with opposition from doctors and pharmacists to allowing nurses to access some MBS item numbers.

See these Twitter threads of her address: via @CroakeyNews and @WePublicHealth.

Day 2 will continue the focus on the role of nurses in driving change within the health system and will provide an opportunity for Shadow Minister for Health, Mark Butler, to demonstrate how the Opposition would support nurses to realise their potential as leaders and innovators in the health system. 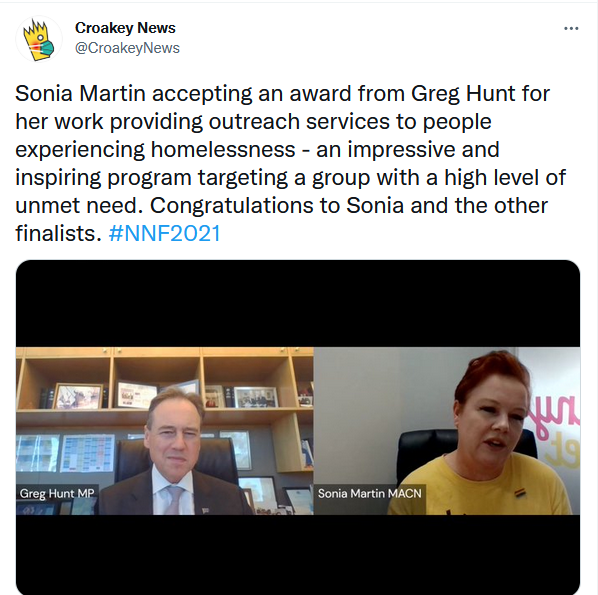 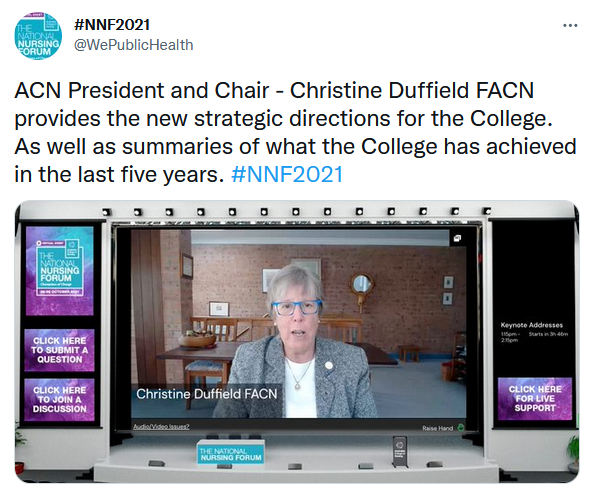 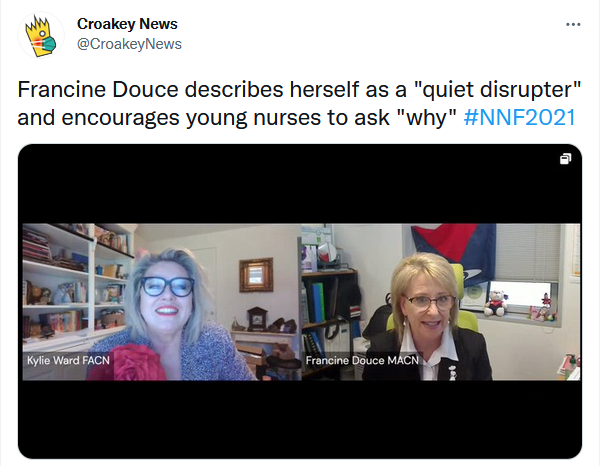 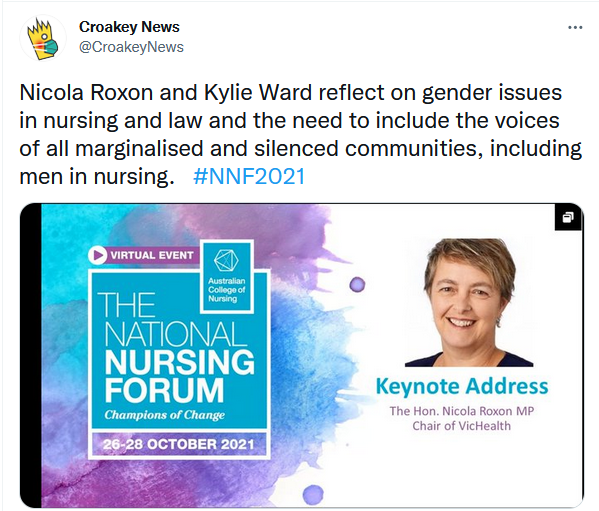 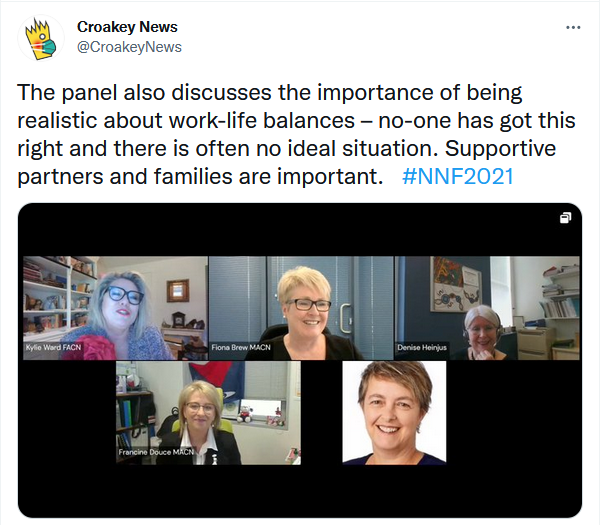 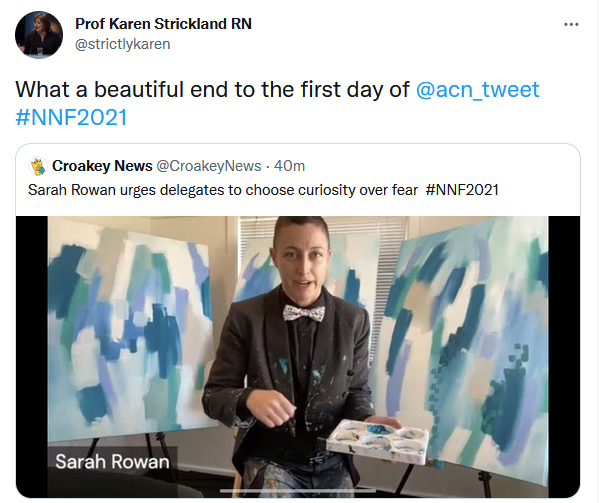 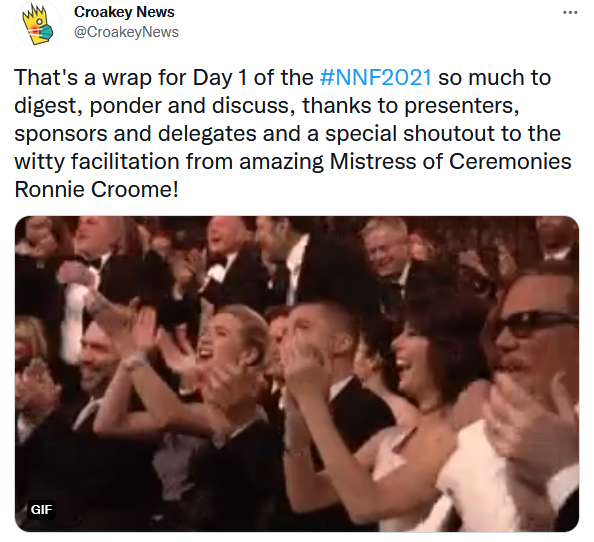 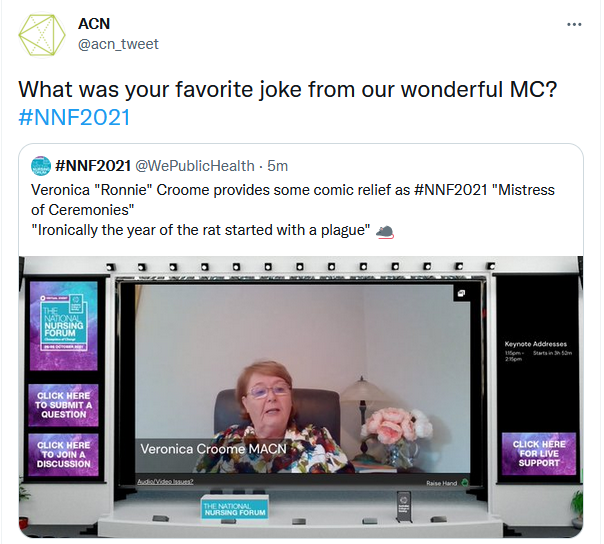 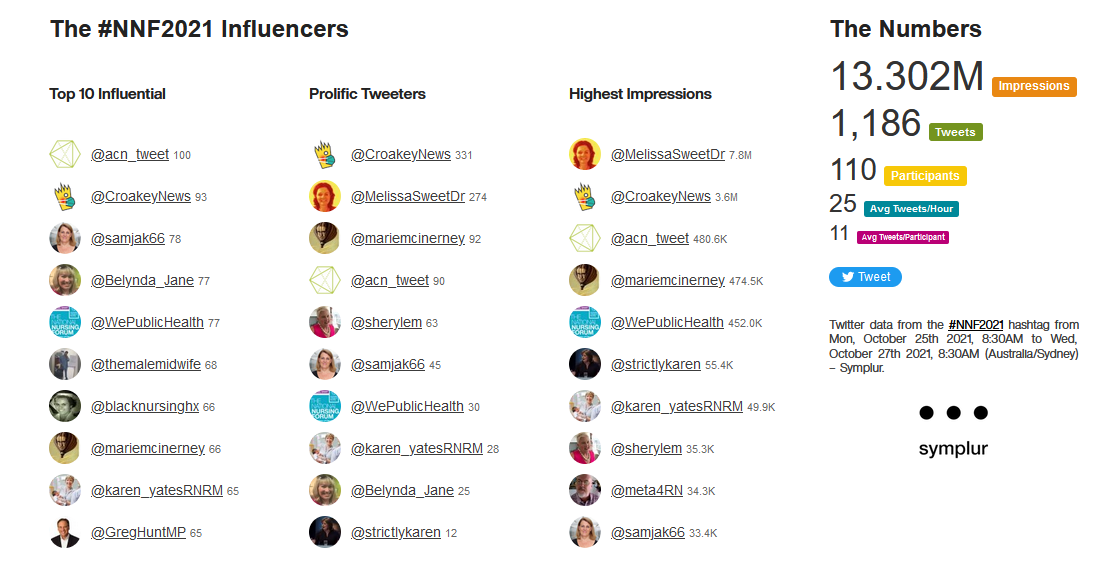 See Croakey’s archive of stories about nurses and nursing.