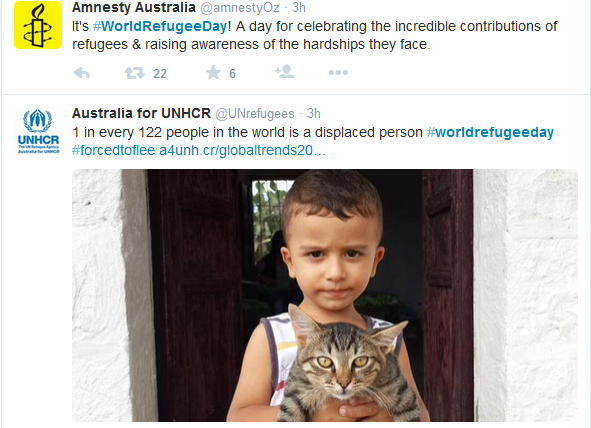 Australia’s peak health professional bodies have voiced collective concern about the “appalling secrecy provisions” in the Australian Border Force Act 2015 which threaten jail for up to two years for health and medical professionals who disclose information about the conditions in immigration Detention Centres.

In a joint statement released on World Refugee Day, the peak bodies said:

This law actively restricts health professionals from fulfilling their duty to advocate for the best possible patient care.

Restricting our ability to speak out about conditions in detention, and threatening us with imprisonment for up to two years is a direct attack on our ability to work for the health and protection of our patients.

Urgent amendments must be made to this Act to ensure protections for health professional and all contractors to speak freely in support of the need for best practice care and against harmful conditions or practices which may impact on those detained.

As organisations representing Australia’s health professionals, it is inconceivable to us that the Government should seek to gag our ability to advocate strongly for our patients. Changes must be passed immediately.

In a complementary statement, the RACGP said it had long called for an end to mandatory detention on humanitarian grounds and the establishment of an independent panel of health professionals.

“This panel is needed to provide advice and oversight of health and healthcare in detention facilities, on and off shore, and the panel should consult with health professionals.

“It is also important to realise the health impacts of detention do not end when an asylum seeker or refugee is released from detention.

“The reality is that often asylum seekers and refugees deal with the ongoing health effects of detention for many years and even the rest of their lives.

“GPs working throughout Australia see these patients on a daily basis and we are particularly concerned for children who can carry the impact of detention throughout their lives.”

In its statement, the RACP said reports and evidence from those working in detention centres have provided first-hand insight into the appalling conditions and health issues faced by detainees including skin conditions, vector-borne diseases, sepsis and mental health issues.

“It is inconceivable that the Government is trying to gag our ability to advocate for our patients’ healthcare – it is crucial these changes are passed immediately. There is an expectation from the public that doctors will speak up about any conditions that are causing harm to their patients or denying them access to care.”

Delegates at the Australian Medical Association (AMA) national conference last month passed an urgency motion calling for the Federal Government to amend the Border Protection Act “to provide an exemption (from prosecution) for medical practitioners who disclose, in the public interest, failures in health care delivery in immigration detention centres.”

See also this story from The Saturday Paper on major cuts to funding for legal assistance for organisations working with asylum seekers and refugees.

(Refugee lawyer David) Manne refers to an effort by government to “take the law out of the law”.