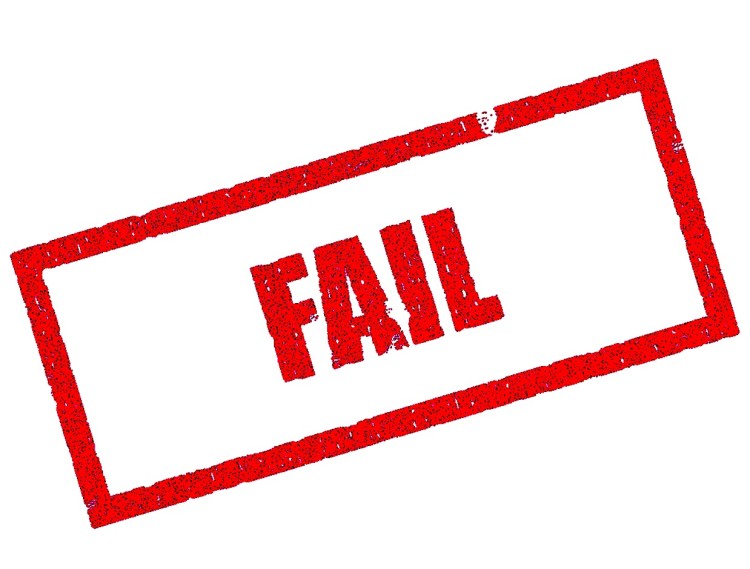 Australia’s human rights failures are in the global spotlight

As a 20 January deadline looms for Australia to meet its obligations under the United Nations “OPCAT” protocol, an international report has found that the Government’s poor record on upholding the human rights of First Nations people and asylum seekers, and its continued support for fossil fuel expansion is undermining Australia’s credibility on the international stage.

The Australian Government’s failure to uphold the rights of First Nations people and asylum seekers is harming the Government’s credibility to promote human rights in the region, according to a report released recently by an international advocacy group, Human Rights Watch.

The report also found that the Government’s continued support for fossil fuel expansion is undermining its international standing on climate justice.

“The Australian Government should recognise that its credibility to advance democracy and human rights in the region means urgently addressing its own deficiencies,” said Sophie McNeill, senior Australia researcher at Human Rights Watch.

“The authorities are jailing children under 14, punishing peaceful environmental protesters with outrageous sentences, and mistreating Indigenous people in prison and asylum seekers.

“The Government of Prime Minister Anthony Albanese has also failed to meet Australia’s obligations under international human rights law to prevent further foreseeable harm linked to the climate crisis. Australia is among the top 20 emitters and one of the world’s biggest per capita emitters of greenhouse gases responsible for the climate crisis.”

The World Report 2023, an annual review of human rights around the globe, was released as Australia is (yet again) failing to meet a deadline for complying with our obligations under a United Nations (UN) anti-torture protocol.

On 21 December 2017, Australia ratified the UN Optional Protocol to the Convention Against Torture and other Cruel, Inhuman, or Degrading Treatment or Punishment (OPCAT).

As part of this commitment Australia (and the 91 other member states who have also ratified OPCAT) is required to establish independent monitoring bodies (called ‘National Preventive Mechanisms’ or NPMs) of places where people are detained against their will, including prisons and psychiatric institutions.

Under OPCAT’s mandate, NPMs must be allowed free access to places of detention and be able to make recommendations, and engage in constructive dialogue with detaining authorities, as part of their role in protecting people deprived of liberty from harm, mistreatment, and human rights abuses.

Ratified countries must also allow the United Nations Subcommittee on Prevention of Torture (SPT) to attend their prisons and detention centres including court cells and mental health wards without notice, hindrance or witnesses.

Australia does not appear likely to meet either of these requirements.

In October 2022 the SPT announced that it was suspending its visit to Australia due to obstruction encountered while attempting to carrying out its mandate, including refusals from the NSW and Queensland Governments to allow the SPT to access certain facilities and to provide the SPT with requested information and documentation.

During its visit to Australia, the subcommittee planned to check its progress on creating this mechanism, as well as check the conditions of its prisons.

“This is a clear breach by Australia of its obligations under OPCAT. State parties have an obligation to both receive the SPT in their territory and allow it to exercise its mandate in full, as reflected in Articles 12 and 14,” said Aisha Shujune Muhammad, the head of the four-member delegation.

“It is deeply regrettable that the limited understanding of the SPT’s mandate and the lack of co-operation stemming from internal disagreements, especially with respect to the States of Queensland and New South Wales, has compelled us to take this drastic measure,” said Muhammad. “This is not a decision that the SPT has taken lightly.”

If Australia does not meet this deadline, we risk being put on the Article 17 non-compliance list when the UN SPT next meets on 6-10 February.

Australia is also failing to deliver on our commitment to implement an NPM network.

Australia’s initial deadline to establish the NPM network was 2018 but this was extended until 2022. After missing this deadline, Australia was granted a one year extension and is now due to report on 20 January, 2023.  Recent reports suggest that we are unlikely to meet this extended deadline as three states (Queensland, NSW and Victoria) are yet to designate their NPMs.

At the most recent Senate Estimates hearings, Greens Senator David Shoebridge, questioned officers from the Attorney-General’s Department about this issue.

The department also advised that in October the Queensland Government provided confirmation to the department indicating that it would not be possible to provide the SPT with unrestricted access to closed mental health facilities and forensic disability facilities, although offered to allow the SPT to communicate with patients through telephone or videoconference and to communicate with staff members outside of Authorised Mental Health Service premises.

Queensland Premier Annastacia Palaszczuk has since announced that a Bill will be introduced in the Queensland Parliament by the end of the year to permit access by the SPT to Queensland places of detention. However, human rights groups and advocates have raised concerns that this Bill is inadequate in meeting the aims of OPCAT.

As reported in many previous articles at Croakey, Australia has a poor record of protecting the human rights of people in detention with particular harms for Aboriginal and Torres Strait Islander people and young people in detention.

Recent reports of mistreatment and human rights abuses in Australian detention facilities include:

Aboriginal and Torres Strait Islander people are at particular risk of experiencing harms associated with detention, in part due to their higher rates of incarceration compared with non-Indigenous Australians.

A report from the Australian Institute of Criminology found that in 2021–22, there were 106 deaths in custody, 24 of whom were Indigenous.  Since the 1991 Royal Commission into this issue, 516 Indigenous people have died in custody.

A coalition of advocacy groups, including the Victorian Aboriginal Legal Service (VALS), Youth Law, Human Rights Law Centre, Aboriginal Justice Caucus and Change the Record, have written an open letter to the Victorian Attorney-General, Jaclyn Symes, urging the State Government to act independently of the Commonwealth.

They want funding provided for an NPM in Victoria based on consultation with civil society and Aboriginal and Torres Strait Islander people, communities and organisations, as well as people with lived experience of incarceration and their families.

Citing multiple examples of harms caused to people in detention in Victoria, the letter argues:

“In the five years since Australia signed onto OPCAT, effective independent oversight could have prevented numerous instances of abuse, torture, and even death of people deprived of their liberty.”

“There has been a spike in the number of Aboriginal deaths in custody in Victoria over the last two years and nearly all of them relate, in part, to the poor-quality healthcare that is provided to Aboriginal people in prison.

“This is an issue that was raised consistently in the Royal Commission into Aboriginal Deaths in Custody where at least 12 of deaths investigated related to poor healthcare in prisons. The Royal Commissions final report said that the quality of prison healthcare was their ‘predominant area of criticism’ and yet we continue to repeat these mistakes each day, each month and each year.

“We need independent detention oversight so that these problems can be addressed proactively. The Victorian Government has had over five years to sort this out – it’s not acceptable and they need to get it done properly and without wasting any more time.” 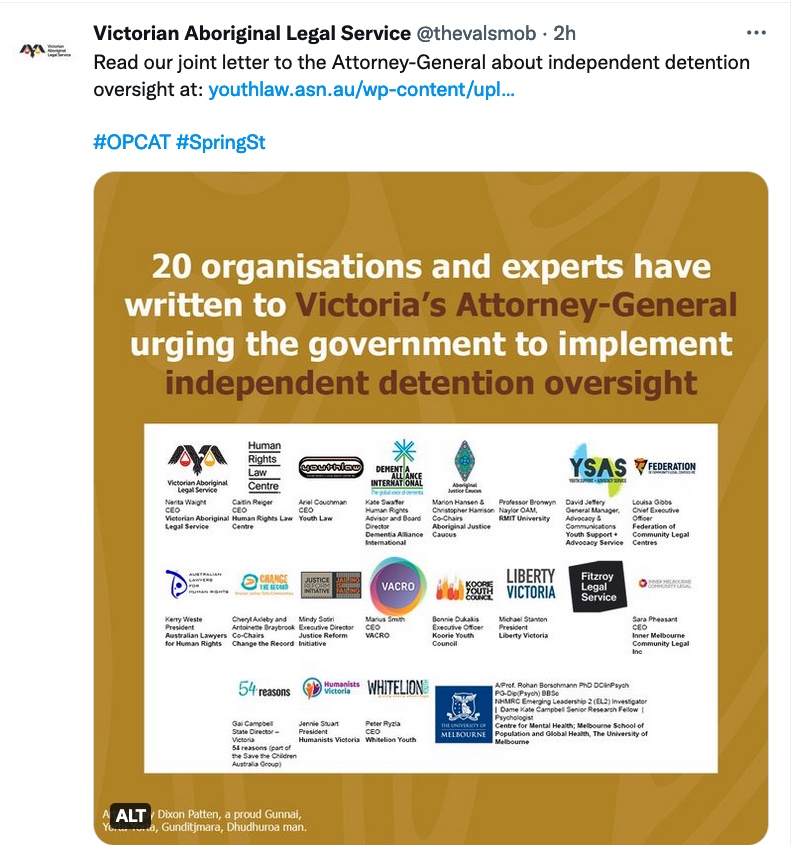 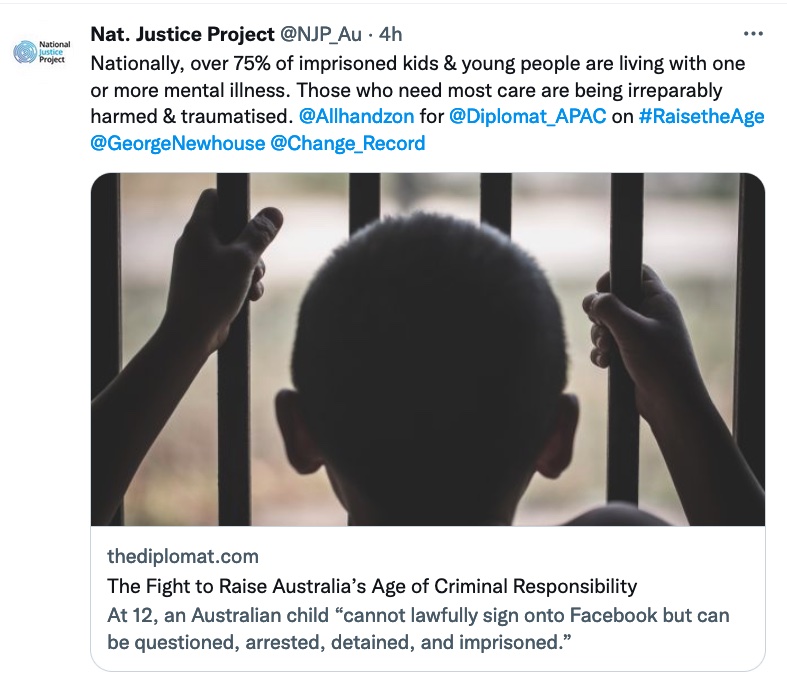 See Croakey’s archive of articles on human rights and health