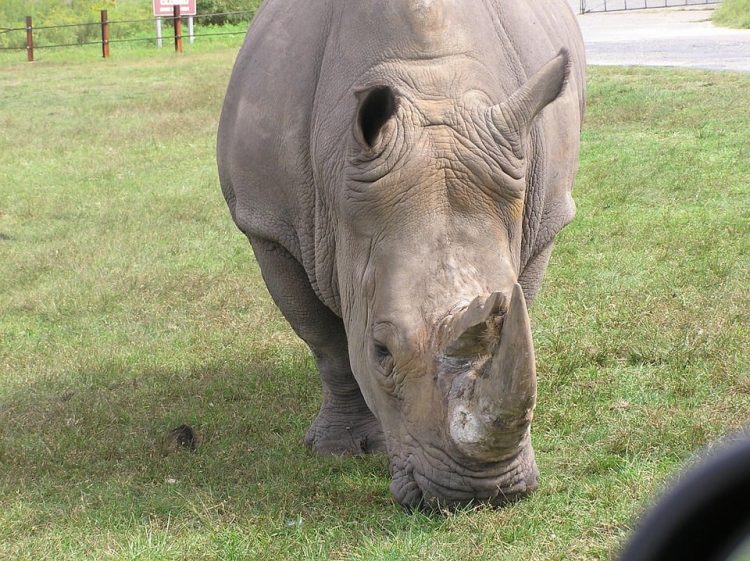 Introduction by Croakey: As Queensland’s Health Minister, Stephen Miles, found out last week, taking action on an important public health issue can cop you some criticism.  In particular, when it runs counter to the interests of powerful industry and interest groups.

Public criticism of this nature is not new. But social media and the greater visibility it gives to people’s private lives now offers even greater opportunities for criticism, discrimination and harassment towards individuals whose views or behaviours somehow threaten the status quo. Even when these people are just trying to get on with their jobs or when they are simply expressing a private view on a health issue with no relevance to their employer.

Being more conscious of the many ways in which these types of behaviours can manifest will help us respond appropriately as a public health community. This also helps support those who are experiencing intimidation or bullying by interests which oppose public health.

Ever since Dr John Snow met firm resistance among his Harley Street colleagues in mid-19th century London over his conviction that cholera was spread by contaminated water rather than the “miasma in the atmosphere”, public health professionals have battled various levels of resistance.

This may range from sniggers to ridicule, from personal attacks to threats to organisational funding, from jokes at your expense to frightening threats to life.

There is hardly anyone working in public health or health promotion that hasn’t witnessed or felt resistance, either passive or aggressive, towards their work or themselves. As Prof Penny Hawe said at #Prevention2018 “We have all experienced hostility in public health advocacy and so have other important, emerging movements throughout history.”

Sometimes this backlash is anticipated and planned for. Other times we are blindsided by obscure arguments from unexpected quarters. The resistance might be prolonged, well organised, funded and systemic, or it might be local, focused and immobilising to your work. The backlash may come from commercial interests, religious sectors, a result of political ideology, basic infighting, conflicting evidence or self-interested parties. The media might be an active participant in this or more likely a vehicle through which resistance is organised.

The many types of resistance have been well encapsulated in a recent report by VicHealth into resistance in gender equality initiatives. 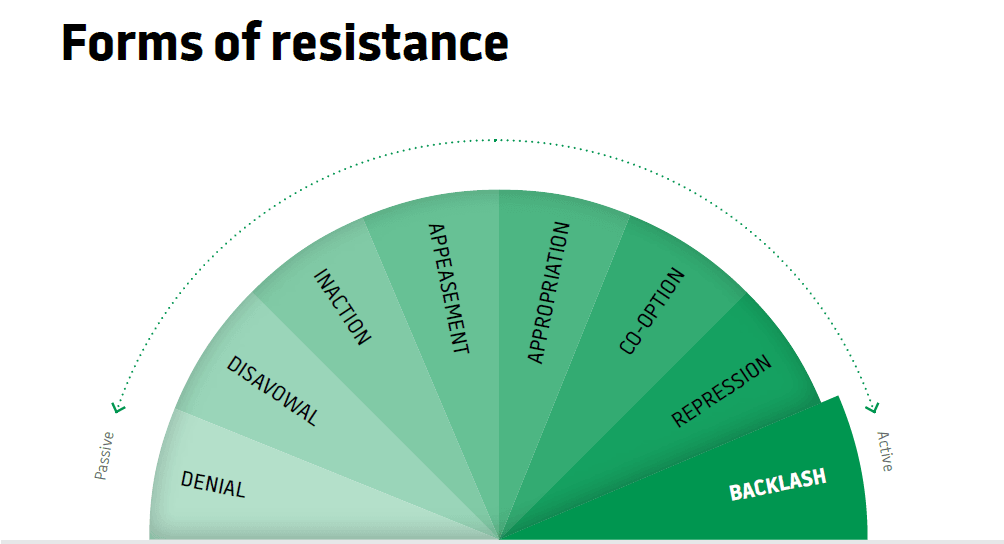 We are all aware of the organised, resourced and well-funded commercial efforts of Big Tobacco, Big Food, and soft drink sectors. However, there are countless examples where resistance has impacted the work of our public health colleagues.

Every health practitioner has experienced resistance along the scale shown above and this article isn’t designed to unpack them all, however a few are worth noting.

Earlier this year the Congress of Aboriginal and Torres Strait Islander Nurses and Midwives (CATSINaM) worked with the Nursing and Midwifery Board of Australia (NMBA) to develop new codes of conduct for nurses and midwives. Despite evidence to the contrary, a media outlet chose to lead their Program with false statements about nurses having to “apologise for being white”. The false claims were put to conservative politicians for comment and the outcome caused great concern for those health practitioners.

My personal experience recently working for a children’s charity that focuses on the prevention of violence against children, mainly from bullying and cyberbullying, has ironically been bullied mercilessly online by some who oppose the charity’s position on gun safety.

Immunisation expert Associate Professor Julie Leask acknowledges that there has always been anti vaccination activists. She notes that activist groups with radical and extreme views tend to be self-limiting in their appeal because of that radicalism. Presumably that may limit their ability to have a significant impact on the work of practitioners who have significant public support behind their field of work.

Conversely, minority groups with less radical positions may offer appealing “alternative facts” that garner public support and therefore resist public health messages. The sugary food and drink industry have long been arguing that physical inactivity is the real cause of obesity. That is not necessarily a radical position for members of the community to adopt as a form of resistance to public health messages.

Rebecca Zosel spoke of resistance witnessed in her role as member of the Steering Committee of Parents Voice, a campaign by parents to promote healthy eating and physical activity in children. She said:

Parents Voice are often working to introduce measures that the food industry opposes, such as Government regulation to reduce children’s exposure to junk food marketing, and healthier checkouts in retail outlets. The food industry, with its focus on generating profit, are ‘usual suspects’ – we expect and plan for resistance from these stakeholders.

But the backlash we see from parents, the group we represent, is at times unexpected and can be trickier to address. For example, parental catchcries include ‘we can choose what’s right for our children’, and ‘the government shouldn’t tell us what to do’.

Tensions around personal responsibility versus societal responsibility, pushback against the ‘nanny state’, and arguments for ‘individual’ and ‘corporate’ rights are often present.

Despite resistance from this segment of parents, the campaign continues to grow and increasingly the answer to countering opposition from parents is coming from parents within the campaign; Parents’ Voice is capitalising on this by developing a new advocacy training program designed by and for parents.”

Coping with backlash and managing the impact on your work is an important process to work through. VicHealth have summarised 13 steps to manage resistance within the gender equity sector but these can be adapted by other public health practitioners facing resistance.

One person well accustomed to resistance and backlash in public health is Jane Martin who suggests the following if things get personal:

Jane suggests preparing about how to handle difficult situations. Be clear about your personal and organisations strategy for dealing with criticism on social media. Will you engage or not? When will you mute or block.  Be proactive if it is in a public forum, eg newspaper. Don’t ever mirror the type of behaviour that the people who are intimidating you may engage with, for example never attack a person (or involve their family). Finally stick to the issues that you are engaged directly in and keep to your key evidence and messages.

Michele Herriot sees stakeholder analysis as a key to mitigating resistance. She suggests “expect the unexpected”. Know your allies as well as your opponents and prepare your partners to support your work when they are needed.

In summary, it seems that to mitigate the impact of resistance or backlash in public health, the following might help:

Unfortunately, resistance and backlash go with the public health territory. Whether from commercial counter-interests, from groups with alternate views or those who prefer to actively ignore your work, public health practitioners need personal and organisational strategies to cope. These need to be discussed, planned for and practised.

Previous Around the Traps articles: 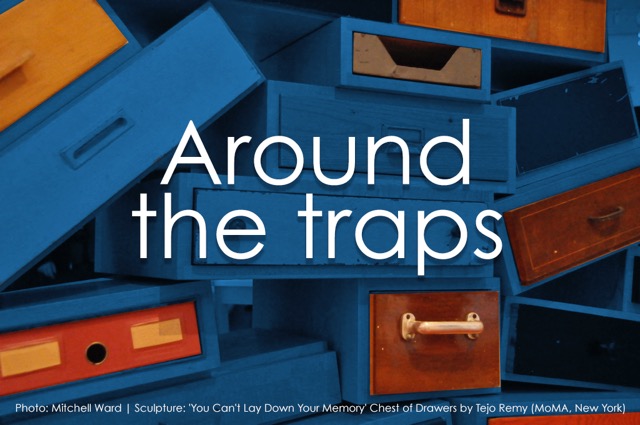