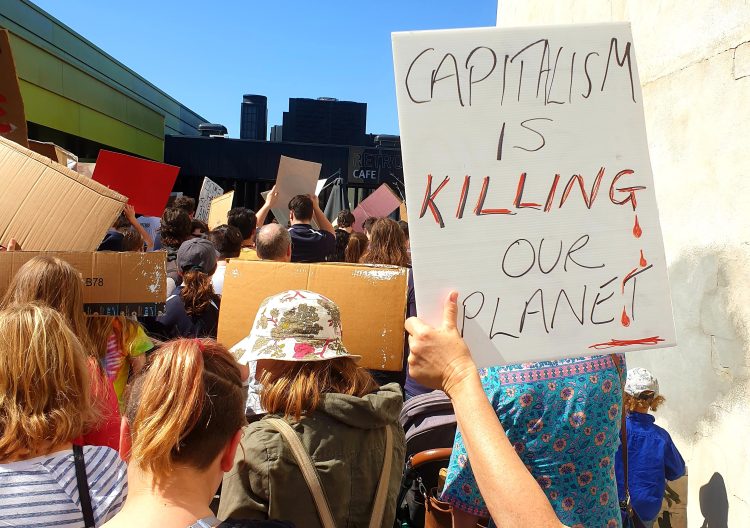 Introduction by Croakey: Binary analysis about ‘winners and losers’ of Tuesday night’s federal budget misses the deforestation for the trees — sidestepping any meaningful action on or commitment to tackling climate change short-changes us all.

In this piece for The Conversation, economist John Quiggin looks at the 2020-21 budget’s biggest omission.

When it comes to action on climate change, Tuesday’s federal budget delivered by Treasurer Josh Frydenberg was a real – though not unexpected – disappointment which favoured polluting technologies over a clean energy future.

It included money to upgrade a coal-fired power station in New South Wales, and confirmed A$50 million previously announced to develop carbon capture and storage. The government will also spend A$52.9 million expanding Australia’s gas industry.

But investment in renewable energy was largely shunned. Notably, the government allocated just A$5 million for electric vehicles. It confirmed funding for the Australian Renewable Energy Agency (ARENA) for another decade, but the money is far less than what’s needed.

The COVID-19 pandemic has seen the Morrison government abandon long-held dogma on debt and deficits. However, the federal budget shows when it comes to climate and energy, the government is singing from the same old songbook.

The budget doubled down on the Morrison government’s rhetoric of “technology, not taxes”, by choosing preferred technologies for investment.

This “picking winners” approach would have some chance of addressing climate change if it were based on a comprehensive analysis of the best path to zero emissions. But instead, the government has largely made offerings at the altars of technologies worshipped by the conservative side of politics.

The government will spend an as-yet undisclosed sum, possibly A$11 million, to refurbish the Vales Point coal-fired power station. The commitment to this coal infrastructure, co-owned by prominent Liberal party donor Trevor St Baker, is a disgraceful misuse of public money. It will also do little to halt the steady decline of coal-fired power generation.

As previously announced, the government will spend A$52.9 million to support the gas industry, which Frydenberg says will lower prices and support more manufacturing jobs. It includes money for gas infrastructure planning and to open up five gas basins, starting with Beetaloo Basin in the Northern Territory.

The budget confirms A$50 million for carbon capture and storage (CCS) to fund projects to cut emissions from industry. But proving the viability of large-scale CCS projects is extremely difficult, as experience in the United States and Canada has shown. In this context, allocating just A$50 million to get the technology off the ground is simply laughable.

History suggests the spending offers little return on investment. Research by the Australia Institute in 2017 revealed federal governments have spent A$1.3 billion in taxpayers’ money on CCS projects, with very little to show for it.

The budget confirmed A$1.4 billion in ARENA funding for a further ten years, including a pretty paltry A$223.9 million over the next four years. Separately, the government will also seek to pass legislation to change ARENA’s investment mandate, enabling it to fund gas and carbon capture projects.

The measly spending on clean energy technology does not make economic sense. The renewable energy sector is standing by to slash emissions and deliver lower energy prices – if only the right policy environment existed.

The budget was also an opportunity for the government to ditch its irrational opposition to carbon pricing. Recent research has comprehensively shown carbon pricing slows growth in greenhouse gas emissions.

Vehement carbon pricing critics, such as conservatives Tony Abbott, Craig Kelly and Barnaby Joyce, are now either discredited or out of parliament altogether. And scores of countries around the world have implemented some form of price on carbon.

Most obviously, the budget was an opportunity to commit to net-zero emissions by 2050, as many developed countries have done.

The Morrison government has already used dodgy accounting tricks to meet Australia’s Paris Agreement commitment – reducing emissions by 26% on 2005 levels. The absence of a net-zero target suggests the government intends to allow emissions to grow indefinitely after 2030.

This approach is out of step with many of Australia’s international peers. Democratic presidential candidate Joe Biden, now the clear favourite to win the US election in November, is campaigning on what has been described as “the most aggressive climate platform” ever put forward by a presidential nominee.

Biden wants the US to produce net-zero emissions by 2050. His US$2 trillion plan includes huge investments in clean energy research and development, and low-emissions infrastructure such as public transport and energy-efficient buildings. He has also promised a border tax levied on imports from countries without a carbon price.

Europe is well on the way to phasing out coal, and forging ahead with new carbon-free technologies to produce steel, cement and ammonia. The European Union has also said any free trade deal with Australia is contingent on our commitment to deep emissions abatement.

And in China, President Xi Jinping recently announced his nation will reach net-zero emissions by 2060.

We have no choice

The budget was a chance to reset Australia’s failed climate policy – an opportunity enhanced by the stimulus spending brought on by COVID-19.

Instead, we got a string of backward-looking gestures including subsidies for coal, another go at the failed technology of carbon capture storage and a continued push for gas.