Home The Croakey Archives Croakey projects archive #JustJustice Be the best you can: solutions and hope for Indigenous men, families and communities 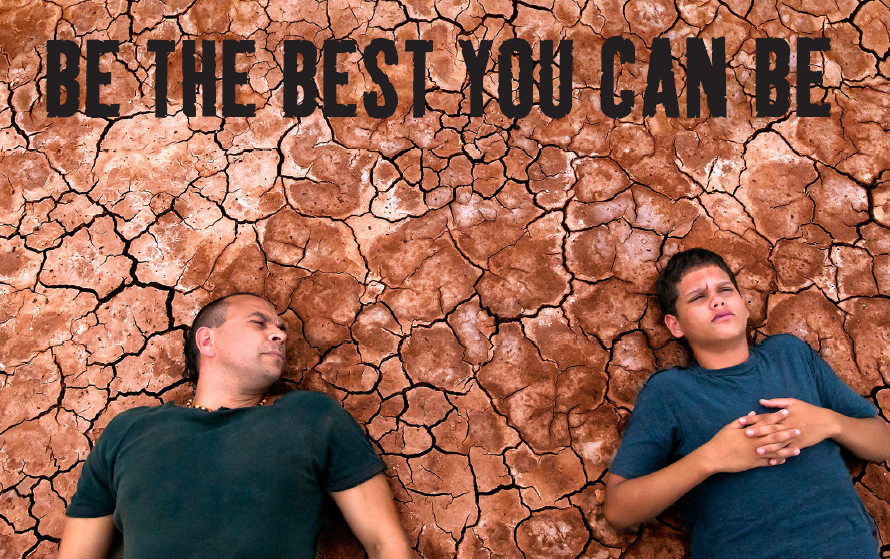 Be the best you can: solutions and hope for Indigenous men, families and communities

An innovative men’s health program is drawing on the outstanding Australian feature film Mad Bastards to address racism, trans-generational trauma, and loss of culture, identity and land that lie behind issues of over-incarceration, violence and alcohol abuse in Aboriginal and Torres Strait Islander communities.

The article below profiles the program and its impact across a range of groups and locations, from men’s camps, in a correctional facility and among varied groups in remote, rural, regional and urban settings.

It is published as part of Croakey’s #JustJustice series on the overincarceration of Aboriginal and Torres Strait Islander people.

Our thanks to Bush Turkey Films for permission to use stills from the film.

While Aboriginal and Torres Strait Islander men have among the worst health and social status of any population in Australia, including being over-represented in prisons and  earlier age at death, they also have many solutions to the issues they face.

Further, Aboriginal and Torres Strait Islander men have solutions to benefit whole communities; without strong men, there is little chance for strong families or communities to develop and be sustained.

There are many ways to strengthen Aboriginal and Torres Strait Islander men’s groups and their leadership. This article  describes a group-based program designed and delivered by Aboriginal men and their collaborators, drawing on the Australian feature film Mad Bastards as poignant stimulus.

Mad Bastards: a story at the heart of Aboriginal men’s health

The Mad Bastards film was developed during a 10-year collaboration between Brendan Fletcher from Bush Turkey films and Broome musicians Alan and Stephen Pigram, with Aboriginal men from the Kimberley and Nyoongar communities of Western Australia. It focuses on Aboriginal men and the challenges they face.

Mad Bastards is a story at the heart of Aboriginal men’s health – a man battling his many difficulties in order to repair his relationship with his family, Cape York Health Council Public Health Medical Advisor Dr Mark Wenitong says:

The movie ‘Mad Bastards’ speaks to all of the key issues facing Aboriginal men and their relationships, as sons, uncles and partners … as well as the usual social issues of incarceration, violence and alcohol abuse. Most importantly, it brings a message of hope, an inspiration that they can break cycles and be the men they want to be.

Since its release, Bush Turkey Films has received requests from all over Australia to show the film and engage with the men and stories behind the movie. In response, Bush Turkey films sought a process to respond to these requests in an integrated, strategic way, and called together a Working Group of diverse practitioners and researchers involved in Aboriginal and Torres Strait Islander men’s healthcare. 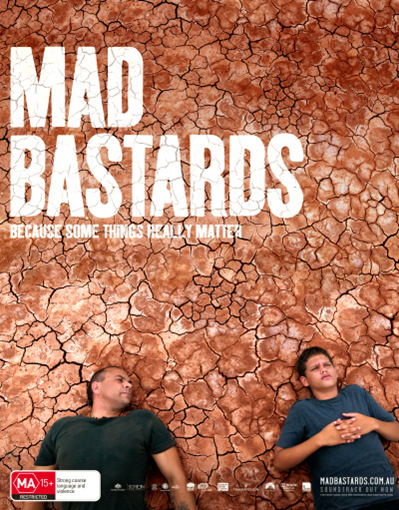 Development of the Be the Best You Can Be program

Together the Mad Bastards Working Group decided to focus on several key themes of the film, and develop resources to explore these in group contexts. The themes were Deciding to Change, Relationships, Identity, Transformation, Taking Responsibility, and Staying Strong. For each theme, cards with Mad Bastards quotes were designed, along with still images and video clips from the film. A review of literature and theories relating to the themes was also generated, which contributed to identifying prompt questions to use in group discussion. A facilitator’s guide was developed to introduce and support the group process, including for follow-up care.

The resulting program, entitled ‘Be the Best You Can Be’ was piloted in an urban and regional site with around 100 men. Adaptations were then made, with leadership by Mibbinbah Men’s Spaces health promotion charity, who now hold educational rights to the program.

One of the best features about the Mibbinbah Mad Bastards program is its flexibility – in terms of which themes groups choose to explore, or which resources they use. Also, group participants can choose whether they explore issues related to the characters in the film, or for themselves personally – depending on group safety and trust within the group context.

The program is suitable for a range of groups and locations. The program has been undertaken on men’s camps in a correctional facility, used with young people and mixed groups of men and women – always with the support of local leaders. The program has been undertaken in remote, rural, regional and urban settings. It has been delivered in a weekend, or across several weeks, in a range of venues and with various group sizes. Programs have been paid for by organisations commissioning Mibbinbah for a local program, as well through Mibbinbah’s various funding agreements. The program suits a range of health issues, such as for wellbeing and healing, self-care and chronic condition management, and cultural awareness training for general audiences.

Mibbinbah holds close the vision of healthy Aboriginal and Torres Strait Islander men available for their families and communities. There are many well-established and fledgling Aboriginal and Torres Strait Islander men’s groups across Australia to invest in. Mibbinbah aims to support and inspire these groups, to show the film, and train local facilitators to explore the themes in their communities. As lead character and strong Aboriginal man Texas says to men beginning to form a group together: ‘This is about making you feel a little bit important, so you don’t feel like no one cares about you’.

Mibbinbah is focused on supporting Aboriginal and Torres Strait Islander males to take their rightful place in society, whatever that may be. By identifying and addressing common life factors affecting Aboriginal males such as racism, trans-generational trauma, loss of culture, identity and land, Mibbinbah seeks to take steps to support males with their journey.

Dr Megan Williams is a member of the #JustJustice team, a Senior Research Fellow at the Aboriginal Health and Wellbeing Research team at Western Sydney University, and descendant of the Wiradjuri people through her father’s family. .She was a member of the Mad Bastards Working Group.

Jack Bulman is a Muthi Muthi man from South Western New South Wales, a co-founder of Mibbinbah, a member of the Mad Bastards Working Group and leads the Mibbinbah Mad Bastards: Be the best you can be program

Brendan Fletcher, from Bush Turkey Films, was writer and director of Mad Bastards  which was nominated for the Grand Jury Prize at the 2011 Sundance Film Festival, won the Independent Spirit Award at the 2011 IF Awards;  won Best Film at the Deadly Awards and garnered Film Critics and Director’s Guild nominations for Best Director. Brendan was a member of the Mad Bastards Working Group and on behalf of the group won a 2012 National Child Abuse Prevention Network Play Your Part Award for enabling the film to be used in the Be the Best You Can be program.