Home Healthcare and health reform general practice BEACH gets a lifeline, but where’s the government’s commitment to Primary Care research? 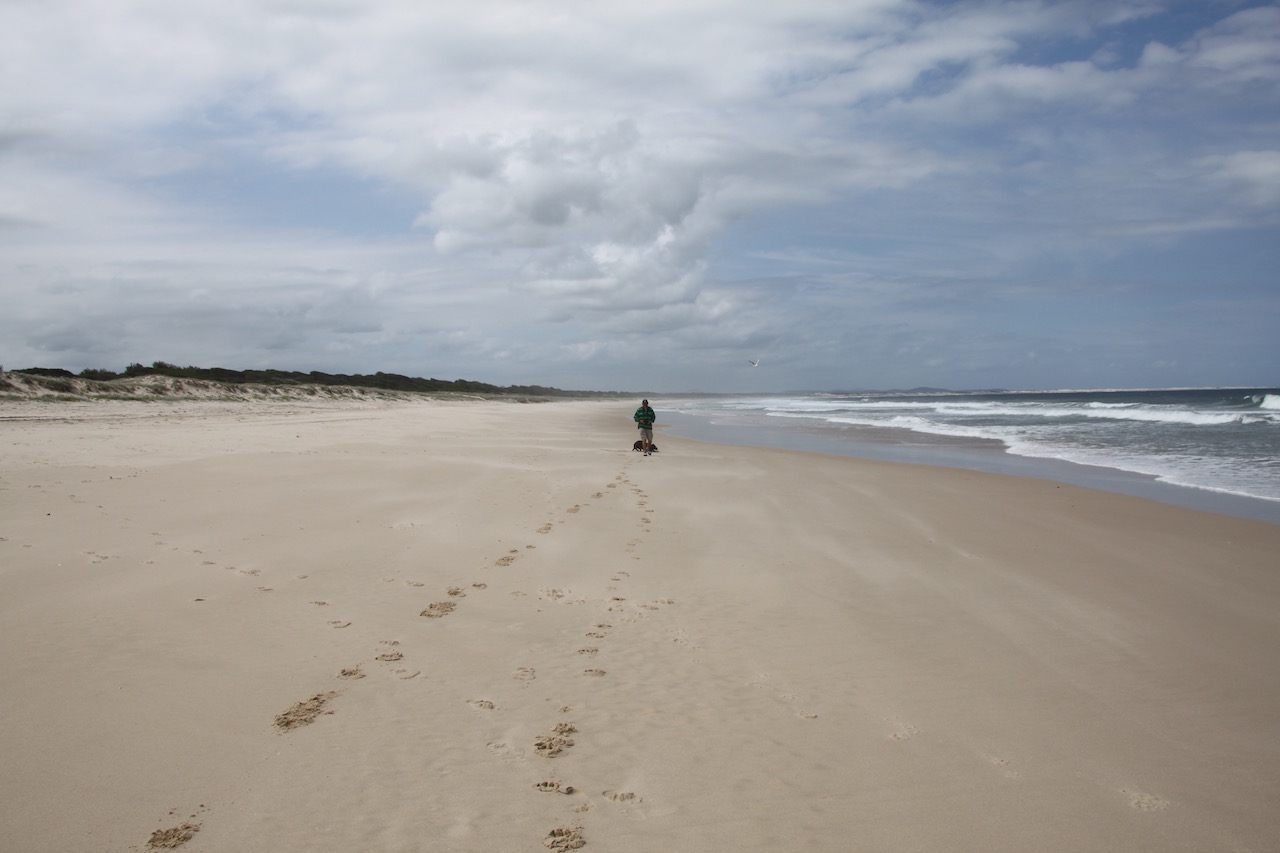 BEACH gets a lifeline, but where’s the government’s commitment to Primary Care research?

In what felt like the latest in a series of low blows to General Practice research, the news broke over the weekend that the Bettering the Evaluation and Care of Health (BEACH) program was to cease operations due to a lack of funding.

According a media statement the decision to discontinue the study was made because the Commonwealth Department of Health has withdrawn financial support for the program. Already cash-strapped because of a reduced flow of funding from other organisations (such as NGOs and pharmaceutical companies), the BEACH team said they were left with with no other choice.

But late this afternoon, Dr Lyndal Trevena, Professor, Primary Health Care and Head of Discipline of General Practice at the University of Sydney released a further statement, indicating that the much valued BEACH program has been granted a 12-month reprieve until long-term funding can be sorted out.

“The University of Sydney’s Family Medicine Research Centre has been advised by the Commonwealth Department of Health that its annual funding for the Bettering the Evaluation and Care of Health (BEACH) Program will cease on 30 June 2016.

“The Family Medicine Research Centre is a centre of the university but wholly reliant on external funding for its ongoing operation. The BEACH program is a unique and vital resource that provides a continuous source of data and insight into general practice and patient consultations in Australia.

“The University of Sydney is urgently assessing a range of options to ensure the continuing operation of BEACH over the next 12 months while it develops a longer term plan with the Family Medicine Research Centre to secure its future.”

Were a sustainable source of funding for the BEACH study not to be found it would be a big loss. As GP Edwin Kruys pointed out in a brief post earlier today, you’ve probably encountered BEACH data many times without knowing it. The program, based at the University of Sydney’s Family Medicine Research Centre, has been running since 1998, producing “a continuous, national, cross-sectional survey of the work of Australia’s general practitioners”.

That means that, over more than 18 years, the BEACH researchers have collected information from over 1.7 million GP-patient encounters. The result is a wealth of information on the characteristics of the GP workforce, the problems raised and diagnoses made in GP–patient encounters, and the services and treatments provided.

The program’s regular reports have produced “Snapshots” of General Practice activity and the data have been used in a diverse range of studies such as trends in prescribing, surveys of disease management and even economic analysis.

While some of the information currently collected by BEACH could be obtained by interrogating GPs’ electronic medical records, existing systems do not have the capacity to answer many of the relevant questions about what happens in General Practice.

A spokesperson for the BEACH study provided the following statement this morning about the program’s ongoing value.

“The BEACH program is the only continuous national study of general practice activity in the world and uses an ever-changing random sample, international standards for data definitions, classifications for morbidity, pharmaceuticals, clinical treatments procedures, referrals and tests ordered. It has continuity for 18 years and is the only study in which the general practitioners link the tests and treatments with the problem being managed. Such an analysis is currently not possible with data extracted from electronic health records where there are no standards, multiple health records systems, no classification and large amounts of missing and inaccurate data. (e.g. only 70% of GP prescriptions for antidepressants are for the management of depression. The BEACH data would be able to accurately describe this, whereas health record data extraction could not).”

News of the imminent loss of BEACH was received with dismay on social media (see some of the tweets below), particularly as it comes in the wake of the announcement that Commonwealth funding for the The Primary Health Care Research & Information Service (PHCRIS) will expire at the end of June, and the Australian Primary Healthcare Research Institute (APHCRI) has ceased operations after not having its funding renewed. 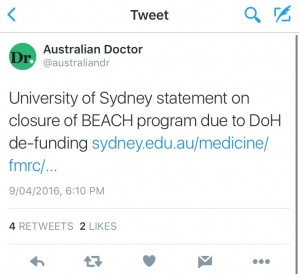 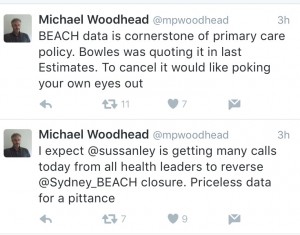 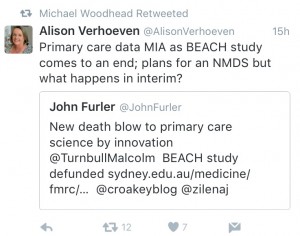 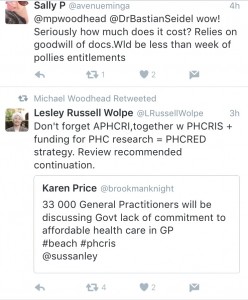 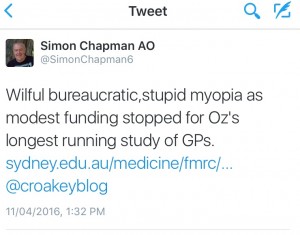