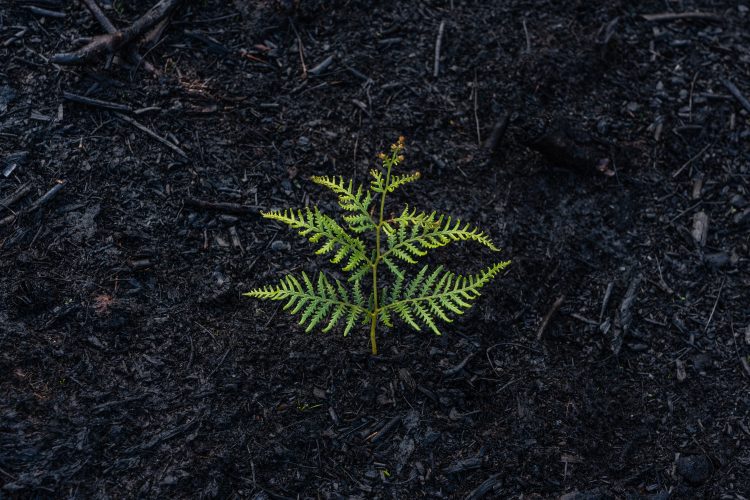 ‘Between a rock and a hot place’: bushfire survivors in landmark climate case

Introduction by Croakey: As the latest official state-of-the climate report made waves across the globe this week, unprecedented legal action was underway in Sydney calling for its findings to be considered and acted upon by regulatory authorities.

Acting on behalf of a collective of Australian bushfire survivors, the non-profit Environmental Defenders Office took the New South Wales government’s Environmental Protection Authority to the state’s Land and Environment Court this week to demand action on emissions.

The case was filed following Australia’s unparalleled and deadly 2019-20 bushfire crisis, and seeks to encourage – or compel if necessary – the NSW EPA to develop policies to measure and regulate greenhouse gas emissions in the state.

The EDO argues the EPA is not only explicitly empowered to take climate action via regulation of emissions, it is bound to do so by law.

Former Australian chief scientist Penny Sackett was star witness in the case, and this week’s IPCC report received much airtime.

Sackett told the court the 2019-20 fires were at least 30 percent more likely as a result of anthropogenic climate change, and detailed the dangers of accelerating towards 1.5 degrees of warming above industrial levels.

“We know we’re in a very dangerous situation now,” Sackett told the court. “I don’t personally want it to get any more dangerous.”

Sackett described the 1.5 degree threshold as a point beyond which “harm is of a totally different nature — catastrophic nature.”

“When a tipping point is crossed you can’t reverse-engineer that state. It won’t be enough to remove the carbon,” she added, confirming that this threshold would unleash irreversible impacts on the climate.

“When I say irreversible I mean on timescales that have any meaning for human life. Since Homo sapiens walked this Earth. That kind of timescale.”

In his closing submissions barrister Richard Beasley told the court New South Wales was already experiencing the effects of climate change and “unless extraordinary action is taken that will get worse.”

“The duty on the EPA is not static, it is ongoing,” Beasley said.

“There could hardly be more significant pollutants now for the environment than greenhouse gas emissions. And so we say that the duty imposed on the EPA is one that must respond to the level of threat that the NSW environment faces.”

“The threat is of significant damage to the environment, not just to NSW but the globe, if there is temperature rise of 1.5 degrees or more. The science is just clear on that and, frankly, it’s been clear for a while.”

In this piece for Croakey one of the bushfire action’s claimants, Jo Dodds, writes of her experiences from the front lines of the climate crisis and why survivors are demanding action.

If you’ve been living under a rock for the last decade you could be forgiven for not knowing that climate change is rapidly becoming the single biggest threat to human health on the planet.

And if you stay under there, in the cool and damp, you may also have missed the fact that the Intergovernmental Panel on Climate Change dropped their latest report recently.

It was alarming reading. Enough to make me wish I lived under that rock.

Instead, I spent three days attending a case in the NSW Land and Environment Court by videolink, where Bushfire Survivors for Climate Action is attempting to force the NSW Environment Protection Authority to develop a policy to regulate greenhouse gas emissions.

Communities like mine in the Bega Valley Shire have been through three major fire events in the last three and a half years, as well as numerous floods and damaging storms. It feels like as fast as we put our roads and bridges and community halls back together they’re gone in the next catastrophe.

Of course, some things can never be put back together.

We lost three community members from the small village of Cobargo and 467 homes across our shire in the Black Summer* fires. In 2018 we lost 69 homes in the Tathra district fire in autumn and another 4 homes in the Yankees Gap fires that began in winter (yes, winter) and burned throughout spring.

It will take years, decades to replace the houses. People throughout the shire and the country are traumatised, exhausted, angry and grieving.

We have a wealth of support services in place for people but there’s no ignoring the fact that some of us will never recover. Marriages will dissolve, families will break up, businesses will close and farms lie idle as we struggle to regroup after one disaster, only to be overwhelmed by the next.

This toll means an increase in mental illness**. We have nowhere near the capacity to help everyone whose mental health is declining, as well as everyone who’ll be hit by the next storm. And the next. Where’s that rock, again?

That’s why we’re putting the case that the EPA’s remit obliges it to protect the environment from this threat. Because the EPA, we believe, has a responsibility to protect human health by protecting our environment.

While we’re counting rising daily numbers of COVID deaths it’s easy to be consumed by fear of the pandemic and let slide that hundreds of people were hurt and killed by the heat and smoke of Black Summer. Unless, of course, these people included your mother, your brother, your grandkids.

“It is estimated the bushfire smoke was responsible for more than 400 deaths, 2,000 respiratory hospitalisations and 1,300 presentations to the Emergency Department for asthma.”

Even at 1.5 degrees of warming, which is the level we’re fighting to hold the line on, we are locking in more fires like we’re currently seeing in Greece, California, Turkey, and floods like we’ve just seen in Germany and China. Catastrophes of extraordinary scale and destruction.

The implications for human health and safety are dire – even in a first world country like Australia, with plenty of clean water, sanitation, food production and excellent health and medical services.

As the lawyers wrangle with the facts onscreen, outside the wind is picking up, hot and dry. My attention is drawn to the RFS FiresNearMe app which alerts me to several local hazard reduction burns.

Surely I’m safe today, in mid August, with snow on the mountains above my valley. Oh…

Birds are flocking to the seed I put out daily – brown cuckoo-doves, white-headed pigeons, rainbow lorikeets and king parrots. Or perhaps they’re also interested in the legal proceedings – the outcome will certainly go some way to determining their future, if not of these individuals, then their entire species. And mine.

* I say “Summer” because this word excludes all of the people whose homes and loved ones were lost in Winter, Spring  and Autumn of 2019, and no one who’s being hurt by greenhouse gas pollutants should go unacknowledged.

** If climate change is causing you stress one of the best things you can do for your mental health is to take action. Anyone is welcome to come on-board BSCA as a supporter. Or join any other climate action community group. https://bushfiresurvivors.org/

PrevPreviousOn the climate frontlines, the emergency responders are cannon fodder
NextFears grow for regional areas and Aboriginal communities as COVID spreads beyond SydneyNext