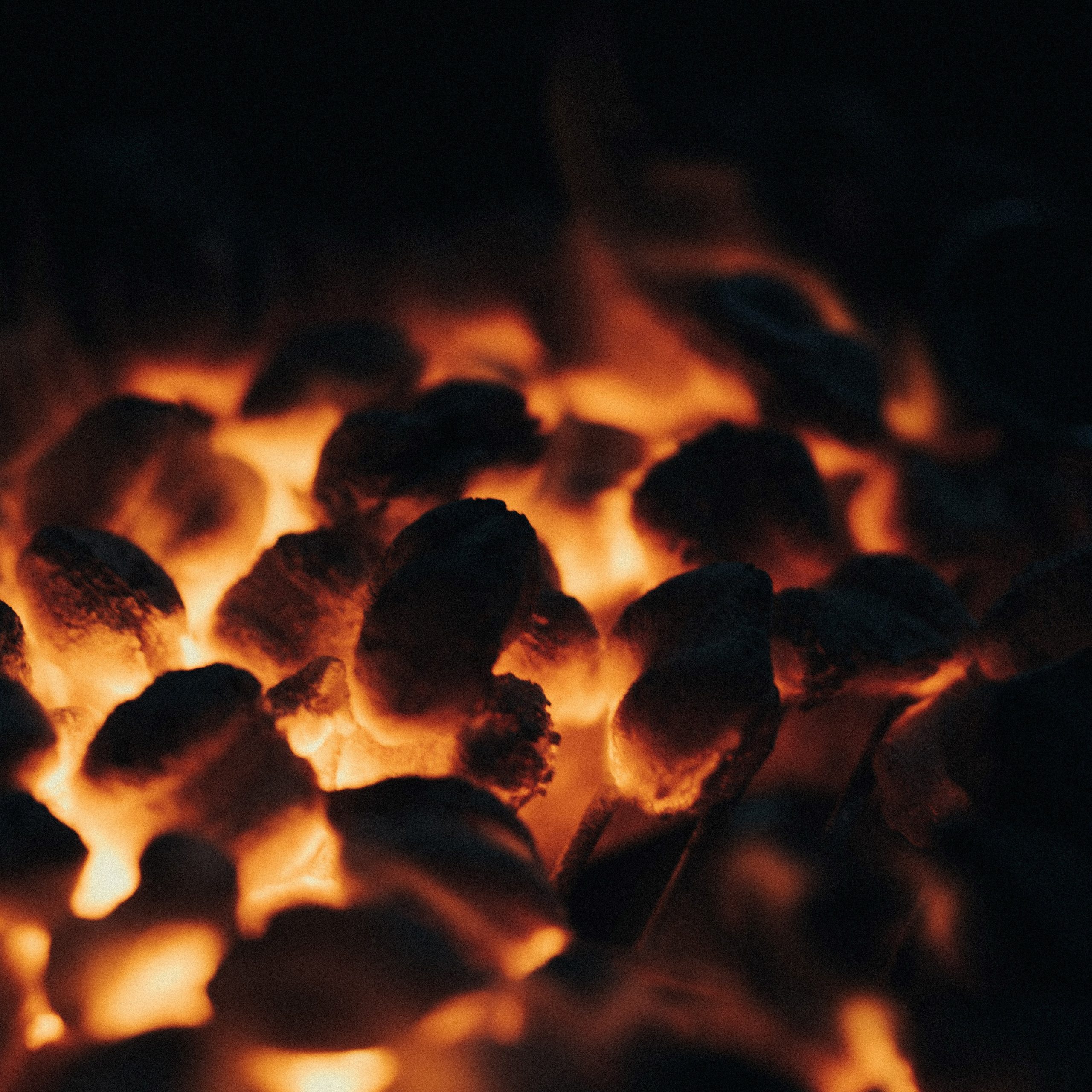 Joe Biden puts moratorium on new oil and gas leases on federal land but not for coal. Photo by Imleedh Ali on Unsplash.

Introduction by Croakey: Joe Biden’s executive actions to address the climate emergency have already marked him as the most ambitious president in US history to tackle global warming.

But where are the initiatives to reduce carbon emissions from coalmining? Biden has imposed a moratorium on new oil and gas leases but not for coal on federal land.

In this article below, originally published in The Nation and shared here through the Covering Climate Now collaboration, Josh Lappen explains how billions of tonnes of publicly owned coal could still be burning for decades to come.

Back home, Labor’s shadow minister for Climate Change and Energy, Chris Bowen, has acknowledged that coalmining jobs and communities will come under pressure in the future but new jobs will be created “by getting emissions down, having a pro-investment, pro-jobs climate change policy”.

In its first two weeks, the nascent Biden administration has begun to stake out a serious climate action agenda. Biden’s already substantial campaign trail pledges and transition-period policy plans have unfurled into a sweeping set of first steps that implicate nearly the entire federal government.

Most prominently, though, the order halts new oil and gas leasing—the process by which private companies pay to pump public oil and gas—on federal lands. It represents a triumph for over a decade of keep-it-in-the-ground climate activism, and a sea change for an extractive industry that has been shaped by generous federal policies for over a century. The moratorium will face a swift legal challenge, and because oil and gas companies have stockpiled millions of acres of federal leases, the ban on new leasing will take years to make a noticeable dent in federal lands’ carbon footprint. But given that fossil fuel extraction on federal lands produces roughly a quarter of the United States’ greenhouse gas emissions, it’s a crucial step.

Glaringly, though, the moratorium ignores coal on federal lands. Federally controlled coal is auctioned off by the Department of the Interior to private companies for mining just like oil and gas are. Federal coal makes up an even larger share (42 percent in 2017) of total US coal production than the share of federal oil (24 percent) or natural gas (13 percent) in their industries. And unlike federal oil and gas, federal coal’s share of US coal production exceeds its share of US coal reserves: In other words, in the United States, coal disproportionately comes from federal lands.

Coal leasing’s exclusion also stands out because of the outsize role coal has long held in American climate, environmental, and labor debates. In 2016, coal mining occupied the dead center of American climate politics. In January of that year, Obama administration Secretary of the Interior Sally Jewell provoked congressional outrage by placing a far more restrictive moratorium on new federal coal leases. Throughout the presidential campaign, coal served as a symbolic shorthand for the country’s ruptured consensus on the exigencies of climate change, support for rural industrialism, and the value of public lands. Trump dug coal. Clinton struggled to explain job retraining for coal miners. One of the incoming Trump administration’s very first moves was to reverse Jewell’s moratorium; Secretary Ryan Zinke rapidly followed that move by carving federal coal lands out of the boundaries of Grand Staircase-Escalante National Monument.

Four years later, though, coal mining barely appears in the Biden administration’s climate agenda. To be sure, coal and coal miners form a focal point of the executive order’s efforts toward transitional justice for communities that depend on fossil fuel revenues. Likewise, the Biden administration includes coal when it directs federal agencies to eliminate portions of the $15 billion in direct subsidies that the government pays to the fossil fuel industry every year. But when the topic shifts to production, coal is nowhere to be found.
This omission may well reflect the precipitous collapse of the American market for coal. Over the last decade, coal’s share of power production has fallen from 46 percent to below 20 percent, driven primarily by rock-bottom natural gas prices. In 2020 alone, American coal production plummeted by nearly a quarter.

In the face of all this, the Biden administration seems to have decided that another moratorium on new federal coal leasing doesn’t offer enough climate benefit to risk additional political backlash. Instead, the executive order and the administration’s messaging are focusing on oil and gas, the segments of the federal fossil-fuel economy where demand may still grow. But new leases are only one component of federal fossil fuel production.

By ignoring that bigger picture, the Biden administration risks leaving billions of tons of publicly owned coal for the taking—and burning. Once a coal company signs a federal coal lease, it can hold that lease for a minimum of 20 years. During that time, federal coal regulations give the coal company myriad opportunities to lower its costs, seek exemptions from the terms of its contract, or add more coal to its lease on the cheap.

Although the Biden administration can’t legally cancel existing federal coal leases en masse, incoming officials can still restrict current coal lessees from expanding their mines at below-market rates, applying for discounts due to economic hardship, or skimping on their cleanup costs. Because the profitability of most surviving coal mines has become so precarious, closing the most egregious loopholes the coal industry has cultivated over the past 40 years can itself restrict coal production, keeping more of the 14 billion tons of coal that are already under lease in the ground.

Under current law, though, lease modifications are issued only when the secretary of the interior determines they would be in the national interest. This discretion will provide Secretary-designate Deb Haaland the rare chance to close a sizable climate loophole on her first day in office, by finding that lease modifications can never be in the national interest during a time of climate crisis.

Congress first authorized the secretary to reduce royalty rates as a way of subsidizing coal production in places and situations where coal mining is challenging; it’s hard to imagine a mission less well-suited to the demands of the present. Royalty rate reductions, like lease modifications, are discretionary, and Secretary-designate Haaland can refuse to issue them.

Even beyond rate reductions, the coal royalty system is riddled with flaws, including a valuation process that may allow coal companies to minimize their royalty obligations by purchasing their own coal. During the 2016 coal moratorium, the Interior Department considered preventing that practice by changing the point in the coal sale process when royalties are assessed; the new executive order also resurrects the possibility of a “carbon adder” that would factor the costs of climate change into a higher royalty rate. Reaching further, the department could redesign its long-moribund competitive leasing system, forcing coal companies interested in maintenance leasing at existing mines to bid against each other. The Office of Surface Mining could take a firmer hand in ensuring that coal companies are setting funds aside for future environmental remediation. Each step could return more leased tonnage to federal control while turning the coal industry’s decline from a chaotic collapse into a managed transition.

The Biden administration has already set itself the most ambitious climate agenda in American history—even though that agenda still falls short of the mobilization needed to prevent catastrophic global warming. To live up to it, the administration will have to get creative.

Biden’s initial climate executive order drives home how advanced the collapse of American coal has been: Shutting off the federal spigot is no longer a top priority because new coal leasing has slowed to a drip. Nonetheless, vast quantities of federal coal remain under lease and coal companies have access to a variety of loopholes that could keep their mines in business for decades to come. Taking the Biden administration’s new climate goals seriously means pursuing every option to constrain existing fossil fuel production on federal lands. Ignoring those existing leases and their decades-long tail is giving up on vast amounts of potentially preventable carbon emissions.

Josh Lappen is a PhD candidate at Oxford, where he studies the history of energy and electrification.

The fight for an equitable energy economy for the Navajo Nation: Diné activist Nicole Horseherder’s long quest for equity from the rise and fall of the coal economy. By Jessica Kutz

This article is published as part of the global Covering Climate Now initiative, an unprecedented collaboration involving hundreds of media outlets around the world. It is co-founded by The Nation and the Columbia Journalism Review (CJR), in partnership with The Guardian.