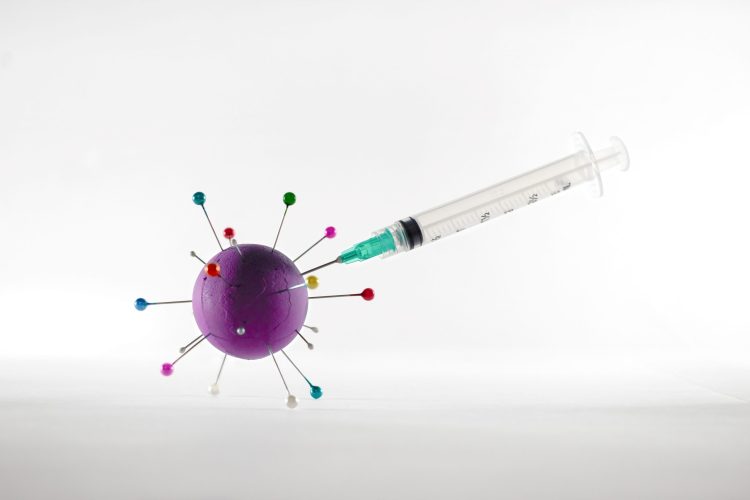 Image by Ivan Diaz on Unsplash.

Introduction by Croakey: Confusion around what doctors can and can’t say about COVID-19 vaccines has left the door wide open for misinformation and scare campaigns about the vaccination rollout program.

Doctors have sought clarification from the Therapeutic Goods Administration on its advertising guidelines and perceived restrictions on social media.

But failed politician Clive Palmer – the eighth richest Australian, according to the Australian Financial Review’s 2020 Rich List – continues to throw around dollars and misinformation, seeding doubt about vaccine safety.

In the analysis below, Bill Bowtell, one of Australia’s leading health policy strategists, says the undermining of the vaccination message is a clear threat to public health. But the endgame for players like Palmer is all about politics and shoring up right-wing votes.

Clive Palmer did not accumulate and hold onto a fortune and gain political influence without a shrewd understanding of how to communicate a message by cutting through.

Like Donald Trump, Palmer has made a living out of being dismissed and condescended to by many, but not all, of those who control the levers of political, economic and media power.

Palmer operates at the intersection of business, politics and the law to protect and extend his commercial and political interests.

Last week Palmer took out full-page advertisements in The Australian and The West Australian professing his concern about “the emergency use of this vaccine on the general population” and asking why “millions of Australians should be subject to a medical treatment that has not complied with normal practices under Australian law”.

In due course, the Therapeutic Goods Administration issued a statement “correcting” the claims made by Palmer and stating that both the AstraZeneca and Pfizer vaccines had passed through all stages required to be fully approved for use in Australia.

The TGA did not, however, take up Palmer for conflating the use of medical treatments that might be used in an emergency when people are near death, and vaccines which, of course, are given to otherwise healthy people.

The TGA statement was correct but bland and unattributed to any one senior official let alone the responsible federal minister.

Palmer’s wrong claims about vaccine approvals thudded home where he doubtless intended them to land – with those who are concerned, for whatever reasons, about the safety and efficacy of vaccinations in general and the COVID vaccines in particular.

There is nothing illegal or even unusual in Palmer using his money and celebrity to further his political and business interests.

But what is becoming increasingly concerning is that Palmer and a range of other Liberal/National Party-adjacent figures like MP Craig Kelly, have given a strong voice and publicity to many vaccine-sceptical propositions and largely unscientific and unfounded opinions.

These opinions have been amplified by mostly News Corp outlets including Sky News and, in the case of Palmer’s advertisements, by The Australian.

The undermining of the vaccines message is a clear threat to public health in general and to the health and wellbeing of individuals who out of concern or confusion may choose not to be vaccinated.

The Australian Government’s response so far to vaccine disinformation has been bland and low-key.

The official vaccine campaign material consists of largely unknown bureaucrats and officials whose expertise is undoubted, but who lack cut-through and credibility with those groups most likely to be vaccine-hesitant.

And the response to Palmer’s wrong claims did not come from the Prime Minister or the Health Minister, but from a three letter agency – the TGA – and not from any particular senior officer.

The Federal Government campaign speaks, in its unmemorable way, to those who are converted and committed to receiving the vaccine as soon as possible.

But it fails completely to connect with those who are most likely to hold back on vaccination – including most obviously pregnant women.

Campaigns aimed at changing social behaviours and opinions work when the people who convey the message look like and are drawn from the people you are seeking to convince.

Most importantly, the influencers must be seen to be completely trustworthy and credible, and not paid employees of, in this case, the Government.

Imaginative and powerful images work better than text, honest well-known identities work better than bland bureaucrats no matter how expertly qualified, and people who represent the ethnic, gender and social diversity and complexity of contemporary Australia will be much more effective than interlocutors drawn exclusively from white Australia.

The placement of the advertisement in The West Australian strongly indicates Palmer is seeking to promote vaccine doubts ahead of the Western Australian election to be held on Saturday.

The TGA’s response was reported but far less widely and effectively.

In the battle, Palmer came out ahead. Like Trump, Palmer has 100% name recognition and a loyal following.

In the 2019 Federal election, Palmer’s television advertising spend matched those of the major parties especially in marginal electorates at risk of falling to the ALP.

In seat after marginal seat, Palmer secured enough primary votes for his United Australia Party (UAP) to throw to incumbent Liberal members and preserve them in office.

Between elections, Palmer can be relied upon to seize on any issue that keeps his name in the news, and his profile in good standing with the 488,817 people who voted UAP in 2019, and their 438,587 close cousins who supported One Nation.

In 2019, the combined UAP/One Nation primary vote was 6.5% of total votes but in Western Australia the UAP/ONP vote together with other small right-wing parties totalled about 10% of primary votes.

Palmer is fishing in this pond. The next Federal election is due within a year.

The prospects for the Federal Coalition in the West are at best shaky with the fate of its two most senior WA Cabinet Ministers uncertain, and WA Labor on track to increase its majority.

Palmer will be hoping to round up One Nation and other conservative voters behind the UAP and his personal brand in the hope that UAP preferences will come to the rescue of incumbent Federal Liberal MPs at the next election.

Bill Bowtell is Adjunct Professor at the University of NSW and a strategic health policy consultant specialising in HIV/AIDS policy, global health and development. His new book, ‘Unmasked: The Politics of Pandemics’ was published on March 1 by Monash University Publishing.

PrevPreviousRegional Rainbows – creating visibility and inclusion, one town at a time
NextAn open letter in response to the lack of public concern or response to the killings of Aboriginal and Torres Strait Islander womenNext