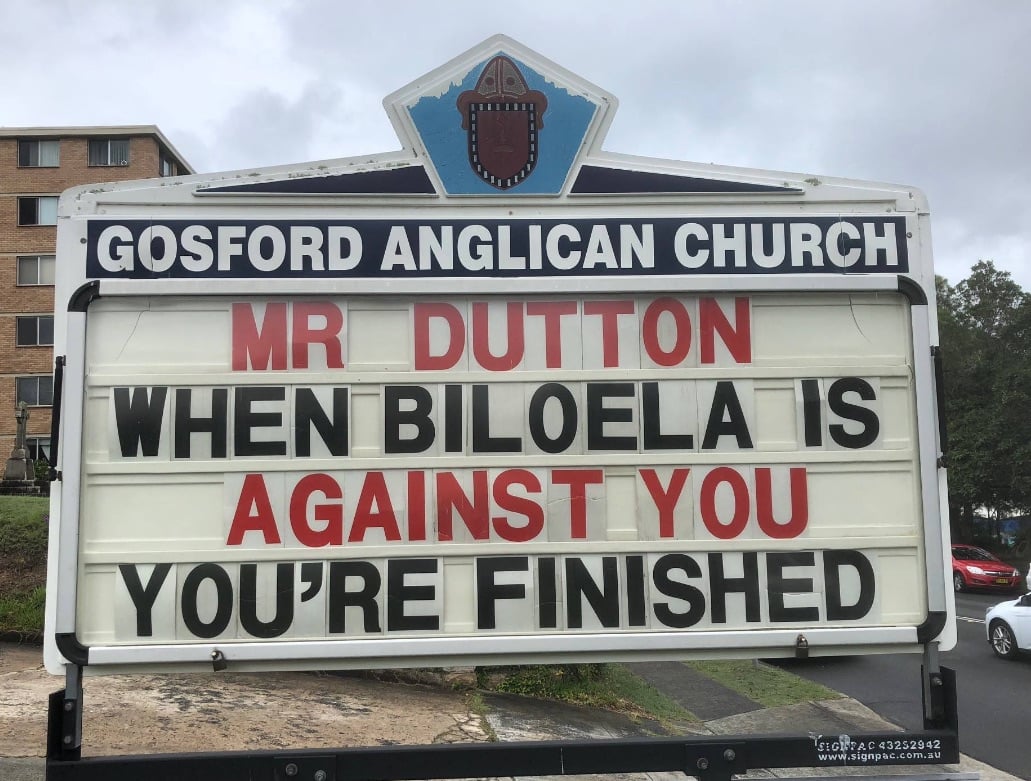 By 8pm on 13 March, more than 48,000 people had signed a petition calling for a Tamil family to be returned to the central Queensland town of Biloela after Border Force and police officers removed them in the early hours of the morning several days ago.

Simone Cameron, who has previously worked with asylum seekers and refugees in Biloela, writes below that many people in “Bilo” are outraged by the actions of the Department of Home Affairs, and she urges health leaders, especially in the rural health sector, to speak up.

Biloela, or “Bilo”, to those of us who’ve lived and grown up there, is not usually famous for its political activism. In the vastness of Queensland, Biloela is but a speck, a one-traffic-light-town, which is 600km from Brisbane, and even further from the delights of the Great Barrier Reef.

In central Queensland you can easily feel forgotten by and disconnected from the machinations of politicians in Canberra. But over the past week or so, the residents of Biloela have proved that the personal is indeed political. This is a town that looks out for its own.

After growing up in Biloela, and yo-yoing back and forth a few times, I taught English there for six years until 2014.

Teys meatworks, one of the biggest local employers, found 457 visa-holders a useful workforce, and this paved the way for the largely Afghan, Tamil and Burmese refugees and asylum seekers who were brought to Biloela in 2012 with the refugee settlement organisations of Multicultural Development Association (MDA) and Access Community Services.

This social experiment gave everyone something they needed. The new residents got employment, affordable housing, and a quiet and relaxing lifestyle away from the noise of the city. Biloela locals were given an opportunity to learn more about the issues facing the world’s displaced and dispossessed.

Biloela worked hard to support the influx of new residents. We created English programs which would cater for each age, ability, and timetable. Services, businesses and the local council came together to talk with cultural groups and identify gaps in service provision. In return, we were gifted with new hardworking and friendly neighbours and colleagues.

In our bridging visa English classes, I was learning as much as I was teaching. As we worked our way through the different pronunciations of the ‘-ed’ suffix (for example, the different sounds of ‘wished’, ‘weighed’, and ‘wanted’), so many stories emerged.

I heard the stories of different lives, of war, of loved ones and homes left behind. Of perilous boat journeys to a place where they thought they’d get a fair go. And then a new existence in Australia – safe, but always uncertain. Bridging visas that stretched on endlessly, and ‘bans’ for ‘boat people’ that prevented them from applying for protection visas.

I learnt that there’s no real peace without the certainty provided by permanent visas. I was reminded that white Australia’s view of itself as a compassionate society is a longstanding delusion.

Over the past weekend, I began seeing Facebook posts from friends in Bilo sounding the alarm about a family who had disappeared. People began to worry when family members didn’t turn up for work and medical appointments.

As has since been reported in the media, the situation was even more shocking than was initially feared.

Tamil asylum seekers Nadesalingam and Priya were going about their usual early morning preparations when twenty Border Force and police officers arrived at their home at 5am.

The couple and their two young daughters, Kopika, who is nearly 3, and Dharuniga, who is 9 months old, were given just ten minutes to pack before being transported to the Mellbourne Immigration Transit Centre (MITA).

The family have been advised by the Department of Home Affairs that they are facing deportation because they have not met the criteria for protection under Australia’s obligations.

A mental health professional who has worked extensively with the family is reeling in shock after their sudden removal, and told me:

After a negative decision from the IAA (Immigration Assessment Authority) regarding Priya’s protection visa application, the family had to reapply for a bridging visa each month.

Their caseworker was due to visit them on Tuesday the 6th of March to re-apply for the bridging visa. But they were gone before they even had a chance to re-apply.

The Sinhalese government visited Nades’ family within the last two years, looking for him. They have good cause to fear that Nades would be jailed, and worse, if he returned to Sri Lanka, as often happens to Tamils.”

An Amnesty International report, which was released last month, states that Sri Lankan authorities continue to detain Tamils with links to the LTTE, sometimes without charge. Furthermore, 80 percent of detainees have alleged to have suffered torture and ill-treatment whilst in detention.

The mental health professional has grave concerns for the family, telling me:

I worked regularly with the family. Priya suffers from a number of serious health complaints, as well as a significant injury which was the result of a botched procedure during Dharuniga’s birth in 2017. She cannot parent Kopiga and Dharuniga without significant support from Nades, both physically and mentally.

We are talking about two fantastic parents, and two delightful children. Australians should be angry that taxpayer money is being spent on such needless cruelty. This action will have significant impacts on the mental health of everyone in this family. I dare not think about how this will affect the children.

These people came to Australia by boat because they were worried about their safety. All they wanted was peace and safety. In the years since they arrived in Australia, the Department of Immigration (now the Department of Home Affairs) has made sure they never had any peace.

The Department seemed determined from the outset to crush this family. This family would have been so grateful for our protection. If anything happens to this family, it will be the fault of the Australian Government.”

Ben Hilier from the Tamil Refugee Council has a strong message for the Australian Government. “If you say this family have not met the criteria for refugee protection, then we’ve got it wrong, the criteria needs to be revised,” he told me.

Concerned local citizens have issued a petition to Minister for Home Affairs Peter Dutton on change.org, asking him to allow the family to return to Biloela. So far, more than 48,000 people have signed it, and I urge Croakey readers to sign it too – click here.

The people of Biloela are also planning a vigil this week to ask for the family’s return. I urge those in the health sector who support the human rights of asylum seekers and refugees to support their campaign. I call upon leaders in rural health to stand with Biloela.

• Simone Cameron is a former resident of Biloela who now lives in Melbourne. She holds a graduate certificate in migration law in practice, and has done paid and voluntary work in the refugee sector.