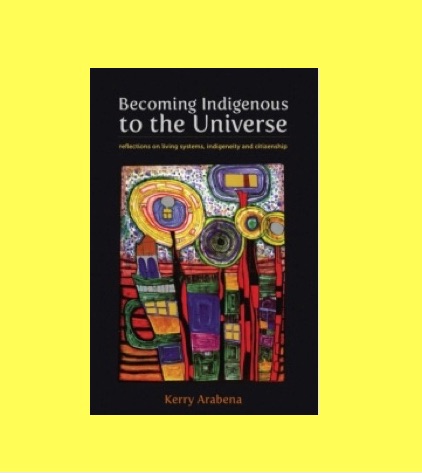 Thanks to Dr Willy-John Martin, a biomedical researcher at the Walter & Eliza Hall Institute of Medical Research in Melbourne, for reviewing a timely new book that is sure to be of interest to many Croakey readers.

Anthropogenic forces are reshaping our climate and environment at an unprecedented speed. Take a view from the sidelines for a moment, and it can appear as though humankind is racing towards a cliff at full gallop, intent on trampling the environment underfoot and undermining the prospects of a long future.

What is driving us forward, eyes open, to the edge, and can we change or slow the course?

Taking a view from a larger point of reference –the Universe – could change our trajectory, reframe our relationship with the environment and ecosystem, and offer new solutions to the way we view our health, according to Professor Kerry Arabena’s new book, Becoming Indigenous to the Universe: Reflections on living systems, indigenity and citizenship.

In this new perspective, human health is viewed as part of interconnected, ineluctable relationships with other forms of life, entwined within rich and elaborate ecosystems. In these ecosystems, all humans and life are recognised as Indigenous to the living Universe that birthed and nurtures them.

Arabena first dissects the broad elements that set us on our current course. She discusses the cultural imperialism that has elevated the neoliberal values of resource consumption, acquisition and domination, magnified through a pathologically monocultured lens.

Then, in a move that lies at the novelty of Arabena’s approach, both Indigenous knowledge systems and contemporary science research are ushered to the discussion table to synthesize solutions together. Indigenous knowledge, ecology, scientific traditions, and at times, spiritualism are drawn upon to find an accord on the mechanisms and values that are life sustaining and life replenishing, rather than simply consumptive.

The Indigenous knowledge of Australia, North America, Alaska and New Zealand are given a strong voice in the discussion. Arabena draws deeply on Aboriginal and Torres Strait Island perspectives to illustrate the emergent common values of a Universe-referent society.

Along the way, insights from 20 Aboriginal and Torres Strait Islander interviews are shared to reflect the multiple citizen states held by Aboriginal and Torres Strait Islanders: as Australians; as a part of the ecosystem “on country”; and finally as part of the Universe. There are insightful contributions from many participants, whom seem to move comfortably between each of these identities.

Arabena argues that nation-based citizenship values could be restructured to incorporate “on country’” and Universe-referent values that promote sustainability and minimise biocide.

Diversity is highlighted as an essential element to the approach to, and the impact of a Universe-referent framework. Generous care is taken to emphasise that becoming Universe-referent is not a coded strategy for homogenising ideologies simply to produce an entirely new monoculture.

Rather, it acknowledges that different types of wisdom arise from distinct and diverse lands, climates, ecosystems and histories; that there is no single race of people that can hold a monopoly on indigenous wisdom, or on meaningful solutions; and that diversity is intrinsic to life sustenance and should therefore flourish and be supported.

As an extension of Universe-referent citizenship, Arabena’s book has ethical implications. This is explicit in the views of some Indigenous philosophies addressed in the book, declaring that humans have a responsibility and caretaker role to other forms of life; and that a level of restraint, self discipline and mutual respect should be implicit to human behaviour. These ideas embody an ethos that is kind to both environment and citizenry.

Applying this framework could inform attitudes on a plethora of social and political concerns currently at play on national and international stages. There are currently upwards of 4 million citizens displaced by the Syrian refugee crisis. An alarming number of refugee children are being held in detention centers by the Australian government in deplorable health conditions. There is growing anti-Muslim sentiment against a backdrop of extremist activities. Wealth inequality is steadily climbing in OECD countries.

Admittedly, these are complex topical issues, but it is not clear which ethical principles are currently driving the discussion. Could Universe-referent ethics create more desirable solutions to these concerns?

As a person who is of Maori indigeneity and a biomedical scientist by profession, it was a welcome comfort to feel at home in Arabena’s musings. Her themes were resonant with the Indigenous cosmology with which I am familiar; but more surprising was the natural home I found for the biological sciences in her dialogue.

As I read, I found myself irresistibly drawn to weave biological principles into Arabena’s narrative, where the synergies leapt from the pages of her discussion. I believe the Universal themes constructed in Arabena’s work will be appealing to anyone that studies either the natural or Indigenous worlds.

What comes through profoundly is Arabena’s deep care, concern, and genuine affection for life, country, Earth and Universe.

Each section of her book – which draws upon the her doctoral thesis in human ecology that won the J.G. Crawford Prize for academic excellence at the Australian National University – is lavished with effusive attention, referencing fellow philosophers and indulging as many perspectives as possible while consistently directing the reader back to its central tenets: that human health is unavoidably tied to the health of everything else; and that everything is Indigenous to the Universe. 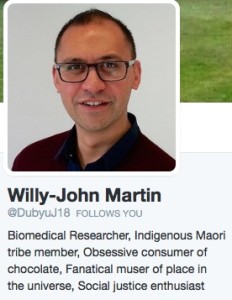