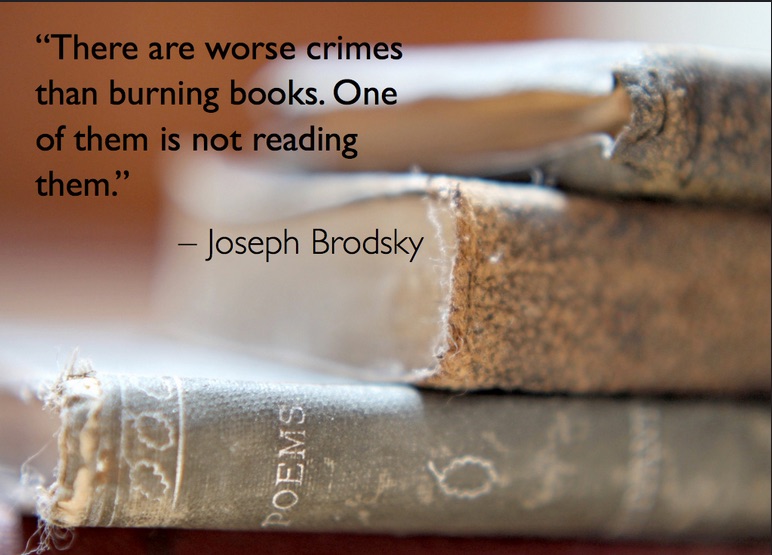 It’s hard to think of an issue where the concepts of joined-up governance and effective cross-sectoral collaboration are more needed – or have failed more spectacularly – than in our response to climate change.

Thanks to Dr Rosalie Schultz for reviewing Climate Change and Global Health, which is about to be published in paperback with a new concluding chapter, and to Luke Craven for his overview of Grassroots to Government: creating joined-up working in Australia. 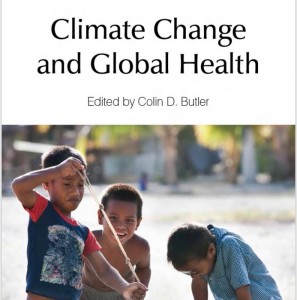 Climate change is multi-faceted and includes diverse impacts on weather patterns, communities and health. There are seven parts to the framework of Climate Change and Global Health. This structure is a coherent way to present this complex subject.

Health effects of climate change are classified as primary when they are directly related to weather. These effects include heat stress and stroke, and injuries and other effects of extreme weather events such as fires and floods.

Secondary health effects of climate change are those that result from climatic influences on microorganisms and ecological relationships. These include changes in the distribution of malaria, dengue and other pathogens as well as allergic diseases that are increasing due to increases in pollen levels.

Tertiary health effects of climate change are impacts mediated by society. Examples include changes in food security, inundation of island nations, migration and conflict. Structuring health impacts of climate change in this way highlights the extent and range of the crisis we face.

There are almost three pages of contributors, and this demonstrates the international involvement in the book. Despite multiple authors from around the world, the chapters are all similar in style, complete in themselves, and not repetitious. Thus the book is useful both as a primer in this area and also as a reference book.

Climate change is the focus throughout the book. Other changes in the earth’s systems, such as ocean acidification and growing areas of land being farmed, are mentioned only in the opening chapter. Humanity is transgressing many planetary boundaries for safe survival other than climate change, and the focus on climate change may underplay other crises.

Even if we are aware of the need for action, without effective leadership it is difficult for health professionals to know how to respond. According to Butler’s book, awareness and disease surveillance are key initial priorities.

An additional chapter in the paperback edition “From Paris towards 1.5 degrees C” includes details of the accelerating impact of climate change on health, and on the global response. Deteriorating food security, migration and conflict, in particular from the crisis in Syria, provide evidence for the need for leadership at all levels as we confront climate change.

With the pace of change, material in a book may soon be redundant. However for people who appreciate the permanence that a book appears to provide, this book is comprehensive, rigorous, and structured.

• Dr Rosalie Schultz is a GP and public health physician based in Alice Springs. She is undertaking PhD to explore the interplay of determinants of well-being for remote Aboriginal people. 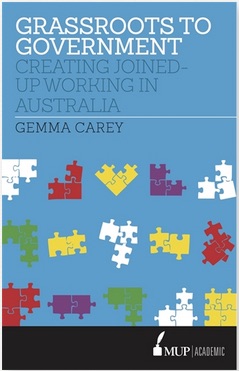 These days, it is almost cliché to call intractable policy problems – Indigenous disadvantage, domestic violence, child hunger – ‘wicked’ or ‘complex’. They cut across siloes, they involve diverse stakeholders both within and beyond governments and, as a result, they are notoriously hard to solve.

Over the past two decades, policymakers have increasingly gravitated toward joined-up or collaborative governance arrangements as one potential route to wrangle this wickedness.

But our evidence about ‘what works’ – or ‘what might work’ – in joined-up governance is worryingly scarce.

Dr Gemma Carey, a senior lecturer at UNSW, is at the forefront of tackling these challenges. Through interdisciplinary research across public administration and public health, her work provides innovative and timely insights into how to create change within government and policy processes to advance action on the cross-sectoral policy problems, such as the Social Determinants of Health.

In her new book, Grassroots to Government, Dr Gemma Carey makes the case that to be effective, joined-up governance must be more than simply throwing collaboration at a problem in the hope of positive outcomes.

Carey’s core objective is to tackle the ‘paucity of evidence’ around joined-up governance, knitting together theory and practice with a case study of the Australian Social Inclusion Agenda. This structure is perhaps Grassroots to Government’s greatest asset.

The book is both empirically-rich and theoretically-grounded, offering a whole range of practical suggestions to achieving more successful collaborative governance arrangements. It is therefore an indispensible resource for researchers and policymakers alike as they seek to put empirical flesh on the theoretical bones of joined-up governance

The perspectives offered by Carey and those others who have contributed to the book will no doubt resonate with those working in public health. And, as action on the Social Determinants of Health (hopefully) becomes of higher priority, so too will the design of working arrangements to implement whole-of-government solutions.

As it stands, though, we should be concerned at the current lack of evidence that would inform the design of these new institutional arrangements. Carey’s review of the field in Chapter 3 makes for some scary reading – there are a lot of unknowns. But, Grassroots to Government quickly comes to the rescue. Carey’s analysis of the experience of joining-up the Australian Social Inclusion Agenda will undoubtedly be of interest to anyone with a stake in SDOH debates.

Rather than giving away all its secrets, let me say instead that Grassroots to Government is worth its price-tag. And, for its size – cover to cover over a coffee and muffin – it packs a real punch and is a must read for those charged with implementing the Social Determinants of Health agenda.

At its most provocative, Grassroots to Government offers a real challenge to the ways in which we design the public service for a new century. As Carey notes, our modern policymaking structures have become complex networks of institutions, agencies and actors. Governments are increasingly devolving their functions to third-sector organisations and third-sector organisations continue to forge closer ties with governments.

All of this requires the ability to collaborate well. And yet, governments have been slow to value the ‘soft skills’ and knowledge that enable their staff to work effectively in these networked arrangements. Are we hiring for them? Carey thinks yes, but progress is slow.

But, crucially, in networked arrangements the success of joined-up initiatives also depends on the ‘soft skills’ of non-governmental collaborators, Carey argues. Hidden in a concluding statement, it is easy to miss this point, but gives rise to a whole raft of unanswered questions.

What role, if any, do governments have facilitating the development of collaborate skills in workforces that are ostensibly beyond their remit? Without government support, is it likely that third sector organisations – whose priority is often chasing the next grant – invest in these skills beyond the absolute minimum? And, what would be the implications of not doing so for the outcomes of networked policy arrangements?

Carey suggests the solution that governments must be concerned with how the whole system functions. She’s right, of course, but given the importance the book attaches to ‘soft skills’ more generally, that seems slightly thin.

This speaks to a further issue of how to integrate the perspectives of these different stakeholders in the evidence-base for joined-up governance. The perspectives of third-sector organisations clearly matter, but much of the scholarship – Grassroots to Government included – tends to focus on the governmental side of the equation.

This is probably an artefact of public policy and public administration researchers being historically focussed on the internal machinery of government. It’s unlikely to be helped by the fact that so much of the work done in Australia on joined-up governance is focussed on and in capital cities (largely through ANU and the Melbourne School of Government).

But, if we are committed to the success of joined-up arrangements, the evidentiary contribution of third sector collaborators requires more attention.

The suggestion with which Grassroots to Government concludes is also worth flagging. Following arguments made by Dianne Finegood, Carey argues that we should set functional goals for joined-up arrangements, not targets – which are hard to measure in complex settings. A focus on functional goals would mean that progress – and therefore success – is tracked in terms of the effective functioning of joined-up arrangements, rather than on progress toward outcome targets.

Perhaps this is true, but the pragmatic reality is that our political environment remains built around success and shortfall, approbation and blame – all of which incentivise target-setting and measurement. And, as Carey herself notes, hitting the target often misses the point. My concern here is that measuring a functional goal transforms it into a target and we end up where we started. This is not to dismiss the role of functional goals, but to suggest we are careful not to frame them as a panacea.

At the end, though, these are small quibbles, and none require that we throw the joined-up baby out with the evidentiary bathwater. Grassroots to Government offers both a breadth and depth of knowledge on joined-up governance arrangements. And, crucially, it lays down a gauntlet to all those interested in in the design, implementation and evaluation of joined-up initiatives to think more critically about what counts as good, actionable evidence in collaborative settings.

• Luke Craven is a PhD Candidate at the University of Sydney and the Sydney Environment Institute. His interests lie in the application of social and political theory to contemporary policy problems, with a focus on food politics, policy, and system reform.