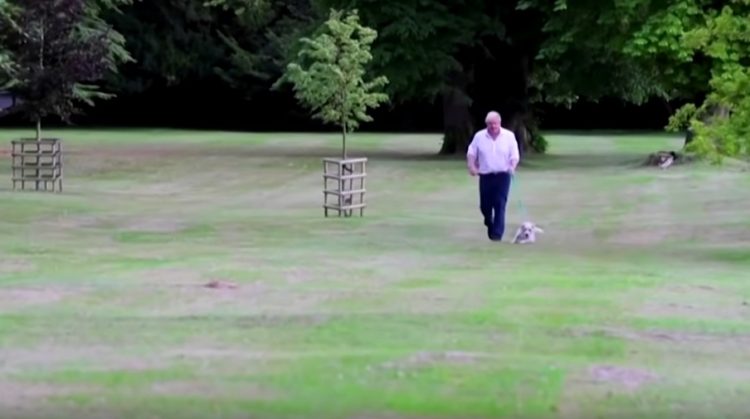 Boris Johnson: could he really be a champion for public health?

The United Kingdom’s response to the COVID-19 pandemic has been widely critiqued and even Prime Minister Boris Johnson has acknowledged that it could have been handled “differently”.

However, perhaps, Australia has something to learn from at least some of Johnson’s public health initiatives?

In a video introducing the ‘Better Health Strategy’, Johnson draws on his own experience with obesity and COVID-19, a frightening and potentially deadly combination.

Obesity already makes us vulnerable to cancer, heart disease and type 2 diabetes, which are leading killers globally, and in Australia.

As the world grapples with the challenges of COVID-19, it has now also emerged that living with excess weight increases risk of more serious illness or death from the virus. In countries like the US and UK where COVID-19 has spiralled, this has increased pressure on health systems.

The UK’s rates of overweight are ninth highest in the OECD. Concerningly, Australia is ranked even further up this leader board. At number seven, about two-thirds of us are above a healthy weight, along with one-quarter of our children.

As the virus makes a worrying resurgence in Australia, action to address obesity has never been more urgent.

The UK plan tackles obesity from a variety of angles. The new campaign featuring the PM himself, urges people to take steps to lose weight and keep it off, supported by evidence-based tools and apps.

The National Health Service will also be bolstered around the provision of weight management services for those seeking help to lose weight.

Beyond this immediate focus on individual behaviour change, the plan also contains significant new policies that target the food environment. These include:

These population-level policies – recommended by the World Health Organization – appear in the strategy under the headlines ‘empowering consumers with information to make healthier choices’ and ‘giving everyone a fair deal’.

It’s an important shift in tone from the Conservative PM’s previous refrain that such measures represent the work of an interventionist ‘nanny state.’

Like most government announcements, the strategy has not been without criticism.

Some note the lack of attention to the systemic drivers of inequity such as poverty, which deliver worse health outcomes for those who experience the lowest levels of deprivation. This is reflected in rates of overweight, which in the UK, as in Australia, are highest for those who are most disadvantaged, including for children.

Others note the strategy also misses an obvious opportunity expand the UK’s successful tax on sugary drinks – which has reduced the average sugar content of these products by 28 percent in two years – to additional milk-based drinks, and potentially also sugary snacks.

While many of the government’s announced policies have a strategic focus on prevention, those working with people living with obesity have also called for care in the strategy’s messaging to ensure it does not increase the harmful stigma already associated with obesity. Stigma makes it harder to lose weight and potentially discourages those living with obesity from seeking support and care.

From an Australian perspective, the UK’s decisive action shines a light on our own country’s lack of progress on effective action to address obesity.

A recent report by the Obesity Policy Coalition “A Decade of Inaction” outlined the Federal Government’s efforts over the last ten years in addressing recommendations by the Preventative Health Taskforce to deliver Australia the Healthiest Country by 2020.

The report found that out of 27 recommended actions made in the original roadmap to reduce and control obesity in Australia, only one had been fully completed. Twenty had made limited progress, while six had not been progressed at all.

While the Federal Government recently announced an overdue refresh of the Australian Dietary Guidelines, it came on the same day as fairly underwhelming conclusions from the Five Year Review of the Health Star Rating front-of-pack nutrition labelling system.

Despite appearing on only 40 percent of products, Health Stars will remain voluntary, with some tweaks to how Stars are calculated, but without the stronger penalties on salt and sugar that were the main asks of consumer and public health groups.

Elsewhere, the voluntary Healthy Food Partnership reformulation program continues at a glacial pace – encouraging manufacturers to make small reductions in salt, sugar and saturated fat in their recipes, if they so choose.

In Australia, the COVID-19 pandemic has resulted in some disruptions to the food supply, particularly in rural and remote communities where there were already issues.

Renewed recognition of this challenge during the COVID-19 crisis resulted in an inquiry by the Government to consider food pricing and food security in remote Indigenous communities, with a particular focus on barriers to the provision of fresh and healthy foods in community stores.

The pandemic has also seen Australians bombarded by fast food marketing messages, encouraging us to purchase unhealthy foods without having to leave the couch – all this at a time when opportunities to exercise have been curtailed by the closure of gyms and sports facilities.

Act on the evidence

Australia’s National Obesity Strategy has undergone a consultation process and is to be presented to governments later this year. The end result must have more than a focus on giving people information and expecting them to develop healthier habits without looking to the broader societal influences.

Using policy – including legislation to regulate the food industry – is critical to creating a society that supports and embeds change to ensure children grow up eating healthy food, and to address the influences of price, placement and promotion which drive rampant sales of unhealthy food.

Government must continue to progress plans to consider the strategy in November, and health groups must hold them to account to do so.

We also need to ensure that it contains evidence-informed strategies like a health levy on sugary drinks and marketing restrictions, as well as broader systems changes that address structural inequalities that lead to obesity

COVID-19 has been a clarion call for the importance of health for both our individual wellbeing and the functioning of our societies.

Public health advocates must continue to encourage Australian governments to take meaningful action on obesity as this is crucial to ensuring we have a healthy and resilient population with the best chance to build back better in a post-COVID world.

Boris Johnson’s change of heart shows that obesity isn’t, and shouldn’t be, a partisan issue.

Who would have guessed that he could turn out to be an unlikely champion in driving changes Australia also needs to see?

It includes the memorable line: “…the great thing about going for a run at the beginning of the day is that nothing could be worse for the rest of the day…”

PrevPreviousCalling for patient and family voices to be at the forefront, and especially during the pandemic
NextImproving the care of people with head and neck cancer: new video seriesNext