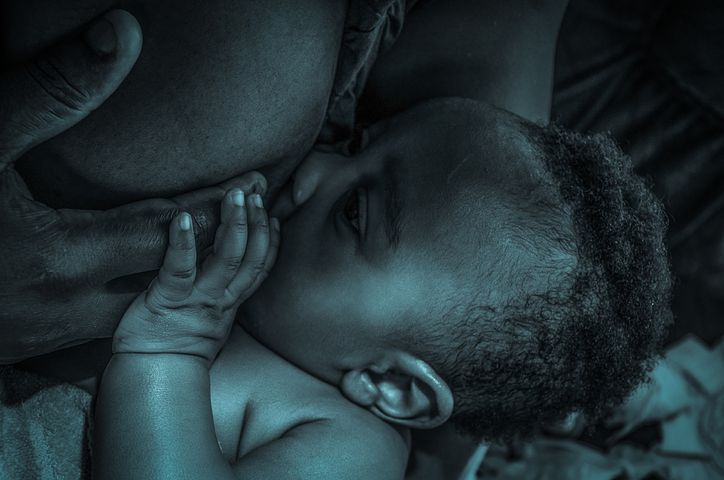 “Going to have a baby? You might reasonably expect breastfeeding support from health professionals who have received adequate pre-service education, but is that the case?

The Greens have made a $10 million election promise for better maternity care and breastfeeding support, but how qualified are the health professionals who provide these important services?

In the post below, Janelle Maree, Naomi Hull, Jen Hocking and Julie Smith report new research helping explain why Australian women are disappointed about help with newborn care and breastfeeding.

After reviewing curricula, it reported that few medical, nursing or midwifery schools teach health workers about how to help breastfeeding mothers with problems.

Only one profession, midwifery required any competency in breastfeeding support as part of their professional standards.

So most health professionals emerged from their pre service training with minimal or even no education how to support women to breastfeed.

This reflected the findings of another survey, conducted in early 2019, by online breastfeeding advocacy group, Breastfeeding Advocacy Australia(BAA).

One respondant, who had studied Nutrition and Dietetics recalled that it was a single 2 hour lecture and a mention in a few other lectures, like a general public health message and basic anatomy/physiology:

…certainly not anything that would allow you to provide individualised care. Dietitians are supposed to refer to the NHMRC Infant feeding guidelines (which include breastfeeding guidelines).

We are taught enough to believe that we are knowledgeable about breastfeeding, but not enough to ‘know what we don’t know’.”

We are not taught about the important role that lactation consultants play and what our true scope of practice is with regard to breastfeeding.

It really concerns me when I hear stories of Dietitians giving individualised breastfeeding advice – we really do not have the training to do this at all.”

As parents, health professionals may themselves struggle with lack of skilled and knowledgeable support, and also rely on family experience or advice from friends.

A midwife, who previously had studied nursing, reported no breastfeeding education in nursing, and only one afternoon lecture and maybe one assignment on breastfeeding:

This confirms prior Australian research that GPs’ advice to new mothers rests largely on their personal experience of breastfeeding.

The problem with this is that community knowledge, influenced by industry messaging, may be outdated and inconsistent with modern science, or the everyday reality of having a new baby in Australia.

Not surprisingly, some new mothers are unhappy about their experiences of breastfeeding support.

Consultations held for the latest Australian National Breastfeeding Strategy (ANBS) are revealing. Some were frustrated at inconsistent and inaccurate advice. Others experienced even worse:

I was told in the first 24 hours of my son’s birth that I had low milk supply so was forced to give my son formula top-ups. When I say forced I mean the hospital refused to let me take my son home unless I gave him formula. I learned that this was false information as milk supply doesn’t come until a few days after birth.”

Then for the months that followed the MCHN still kept pushing formula as I stopped formula after learning it was affecting my milk supply and the health risks of formula.

She told me my son wasn’t putting on enough weight as my breast milk wasn’t nutritional enough for him.  I then did my own research, saw an ICBLC and found out my son had tongue and lip ties which we then had corrected.”

The ‘quick fix’ of formula

Few health workers can attend adequate professional development on breastfeeding and lactation support after graduating.  As a result, gaps in professional education or training are filled by the formula milk industry.

Conflicted interests – such as tobacco, food or drug companies – running courses or sponsoring education for lung cancer, obesity or cardiac specialists would be unacceptable.

By contrast, it is apparently acceptable that health services or professional associations caring for women with newborns accept funding or sponsorship from companies promoting breastmilk substitutes.

For example, milk formula is heavily promoted to paediatricians, including through industry sponsorship of their professional medical associations.

This is leading to a loss of trust by consumers in health professionals, as the following response to the consultations on the ANBS demonstrates:

I found out from a midwife at the hospital that they have a special arrangement with S26Gold to promote their products to all mums and babies.  So they don’t care about what’s right for the babies, only about their special deal with a formula company for rewards!”

Health professionals advising one mother insisted she remain in hospital unless the baby was fed formula.

My bub was born 4 weeks early and had lost weight when we were supposed to be leaving and they insisted he stay another night and be given formula top-ups.  I had to promise to give him the top-ups and they gave me pre-mixed formula so I could start immediately.

This was all only 2 days after he was born, so my milk hadn’t even come in.  I just fed him without top-ups at home and milk came in the next day. It was appalling they would only let me leave if I promised to use formula.”

On the bright side, a small number reported excellent grounding for their future careers providing quality maternity care. This highlighted that training as an Australian Breastfeeding Association (ABA) breastfeeding counsellor was important for knowledgeable and skilled health professional practice.

The ABA is a recognized training authority delivering a Diploma of Breastfeeding Management and a Certificate IV in Breastfeeding Education.

The qualified volunteers operate ABA’s popular, and highly endorsed National Breastfeeding Helpline (funded by the Department of Health and Ageing) and online LiveChat, along with face to face local group meetings.

Respondents noted that these qualifications involved many hours of study and experience working with breastfeeding women, along with having breastfed their own children.

The study provided essential breastfeeding knowledge but also helped me gain counselling skills that are transferable to my paid employment and are a life skill.”

Others recorded details of training as ABA (or La League):

12 months for a Cert 4 in Breastfeeding Education, approx 3-4 hours a week private study. Along with a training day once a month and “hands on” learning by volunteering fortnightly at meets.

Just over 16 months of study at about 6-8 hours per week including volunteering time, probably 18 months all up including the practicum.”

Many lactation consultants (IBCLCs), who are certified by the International Board of Lactation Consultant Examiners, and ABA counsellors are also nurses, midwives or doctors with particular interest and experience in breastfeeding support. They offer specialty health qualifications in supporting difficult lactation issues.

The World Health Organization (WHO) has recently updated and revised its evidence-based standards for breastfeeding support in maternity care.

It finds that health workers have struggled to support breastfeeding, and calls for better research and resourcing to build the necessary capacity for working effectively with breastfeeding parents.

WHO implementation guidance focuses particularly on challenges that have arisen due to inadequate resourcing of pre-service education, and responsibilities of education authorities in this area.

WHO implementation guidance focuses particularly on challenges that have arisen due to inadequate resourcing of pre-service education, and responsibilities of education authorities in this area.

However, no additional resourcing was allocated. Unrealistically, ministers expected maternity services to carry the cost, notably for the substantial staff training involved.

The new Australian National Breastfeeding Strategy was recently approved by Australian Health Ministers Advisory Council but the plan is not yet public. Previous policies have failed to deliver for women and babies, as governments’ budget dollars didn’t follow on from Ministers’ policy statements.

The release of the new strategy may shine the spotlight on the minimal resources committed to health system and health professional curricula investments in breastfeeding support.

But what should be done, and by whom?

Health authorities and professional bodies in Australia typically have policies ‘encouraging’ breastfeeding. However, without backing such statements with action, these have little practical impact.

A copy of the WBTi report has been delivered to every health minister in Australia and all have had the opportunity to discuss the dismal results. There is no excuse for Ministers saying they “didn’t know.”

Virtue signalling on breastfeeding policies by health ministers and health professions is not enough.

Australian women and babies deserve better than just words, and taxpayers will benefit from the investment in better maternity care, through reduced future health costs.