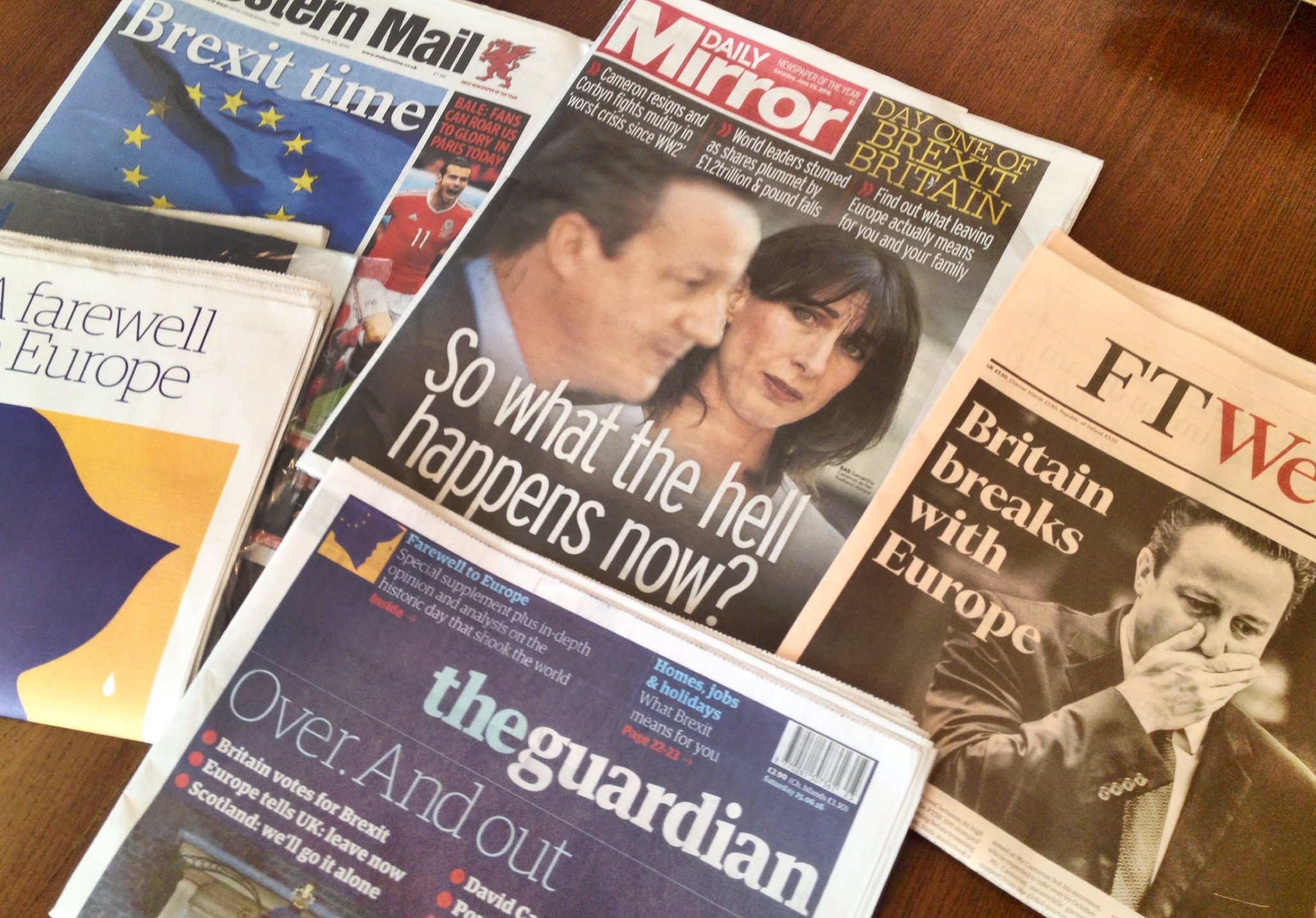 Brexit and the brave new world of British health

With Theresa May emerging this week as successor to British Prime Minister David Cameron following the nation’s shock decision by referendum to quit the European Union, questions are mounting about the potential fallout from Britain’s EU exit.

Health funding was a live issue in the Leave campaign, centred on disingenuous and swiftly abandoned claims that pulling out of the EU would free up £350m a week for the NHS, and it’s clear that this is an issue important to voters.

But what will #brexit actually mean for health?

We spoke recently with Don Nutbeam, Tony Blair’s public health chief from 2001-2003 who said that although he didn’t see any direct impacts, the prospect of an economic downturn was likely to hit the poorest hardest — with obvious consequences for health. (You can watch our full interview with Nutbeam here).

These thoughts were echoed by Sir Michael Marmot:

Around 90% of economists predicted that, in the case of Brexit, we would be a poorer country in the short and medium term. A poorer country will have less money to spend on social services, healthcare, education, and research: this will damage health.

We recruit foreign nurses and doctors because we don’t train enough of our own. If it becomes more difficult to recruit, we will have to find the money to train more or do without, with adverse consequences.

Just as important as all this, for me, is the message that Brexit sends. What I do in my day job is promote learning from other countries and cultures, sharing of perspectives, realising that we have common purposes in improving people’s lives and creating health equity. The Brexit campaign promoted an image of a Britain that stands apart, unwilling to cooperate with other nations in dealing with the challenges we all face: global inequality, climate change, tax avoidance, human rights.

Much has been written about the issue, with some excellent (and grim) analysis of both the vote and its implications.

The BMJ published a comprehensive series that is well worth your time, and from which we’ve drawn some of the material below.

This post attempts to round up the best in #brexit health coverage, looking at some of the major themes.

There are obvious concerns about Britain’s health workforce, with any changes to freedom of movement within the EU likely to translate to health jobs.

By 2020 the NHS expects a shortfall of around 16,000 primary care physicians and 100,000 nurses, with recruitment historically focused on the EU.

Also drawn heavily from the EU are some 100,000 social care workers who manage chronically ill and elderly patients outside of hospital – a key plank of an efficiency drive by the NHS to save £22 billion over the next few years through primary and chronic care reform.

Andrew Street, from the University of York, notes that older people are most vulnerable to any staff shortages and NHS funding cuts – ironic given they were more likely to vote Leave than Remain.

He also raises questions about the status of the European Health Insurance Card for British people going forward. Under the EHIC system, UK citizens are afforded healthcare anywhere on the continent at low cost or free, and the government in question recoups the cost of treatment from the NHS.

It’s currently uncertain whether the government intends to uphold or repeal and draft domestic alternatives to regulations including working time, procurement and competition, medicines and medical devices or medical education and professional standards. 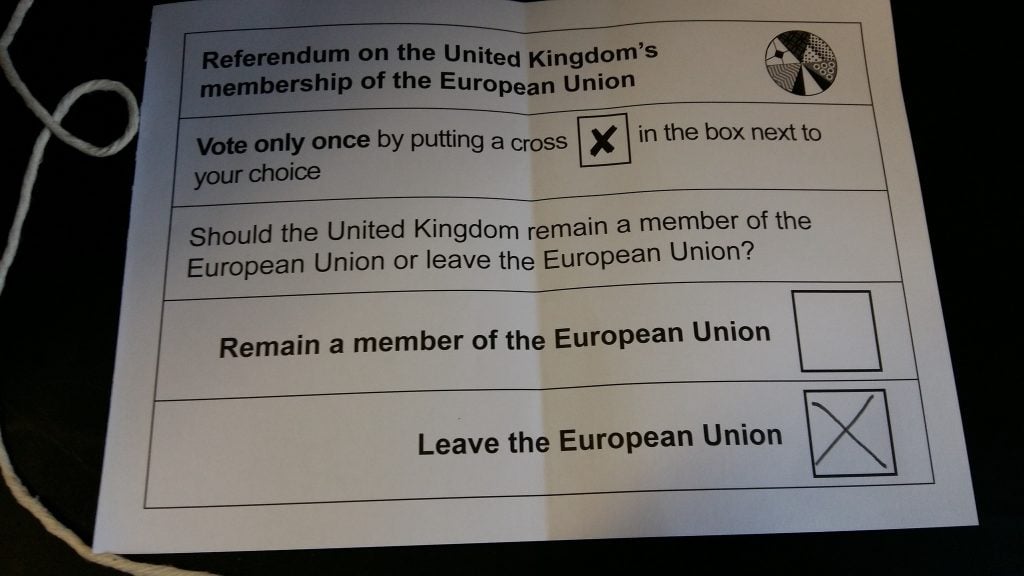 Analysis by The Economist Intelligence Unit estimates that, with the forecast drop in GDP following the exit, spending on health in Britain is expected to plunge by £135 per capita, and that’s before taking into account the £22 billion NHS efficiency program.

Ahead of the referendum, the Conservatives proposed an austerity-busting budget, with £2.05 billion of the £10 billion in annual savings from EU contributions to go to NHS staff and training, £400 million on currently unfunded treatments and £200 million on waiving hospital carparking fees.

Whether they will be able to deliver this is very much up in the air.

Austerity was seen as having played a defining role in the vote, as Danny Dorling explains in the BMJ:

The underlying reason for worsening health and declining living standards was not immigration but ever growing economic inequality and the public spending cuts that accompanied austerity. Almost all other European countries tax more effectively, spend more on health, and do not tolerate our degree of economic inequality. To distract us from these national failings, we have been encouraged to blame immigration and the EU. That lie will now be exposed.

The health and social services crises will deepen as national finances deteriorate and as it becomes harder to recruit and retain staff from the European mainland.

Writing in the Journal of Public Health, Martin McKee and Michael Goldsworthy put paid to mythology popular with Leave acolytes about the drain of immigrants on public resources.

Between 2001-11, they wrote, recent EEA immigrants were found to have contributed 34% more to the economy than they took out. In the same period, British natives drained £624.1 billion more than they put in – a shortfall of 11%.

Quite simply, the UK is importing young, healthy and highly skilled immigrants from the EU whilst exporting several hundred thousand more costly pensioners to countries such as Spain and France. Moreover, the Office for Budget Responsibility’s predictions of future economic growth are predicated on continued net immigration. Without these movements, the national purse and, consequently, the financial plight of the NHS would be considerably worse.

Writing after the vote, McKee noted that Spain had already implied that British pensioners living there may lose their entitlements to health care and long-term residence: “So we might replace all the EU migrants providing healthcare with retired Britons who will be using it, or whatever is left given the damage to the economy.”

(On the NHS, he echoed Sir John Major’s quip that “the NHS is about as safe in the hands of some leading supporters of Brexit as a pet hamster is with a hungry python”.)

Given how large the spectre of immigration loomed in the Leave campaign, a report published by European Stop Wapenhandel and Transnational Institute shortly after the vote makes for especially troubling reading.

The report, Border Wars: The Arms Dealers Profiting from Europe’s Refugee Tragedy, reveals a concerted campaign by military and security corporations to fan securitisation of Europe’s borders for profit, resulting in a nationalistic discourse demonising refugees.

Simon Oxenham’s New Scientist column Brain Scanner offers a fascinating insight into what may have driven voter behaviour. He cites research showing that every financial crisis has been followed by a 10-year surge in popularity for far-right populist parties (the UK is eight years into such a period).

He also examines anxiety and poor decision-making, the campaign’s appeal to emotion and a rise in hate crime following the vote. 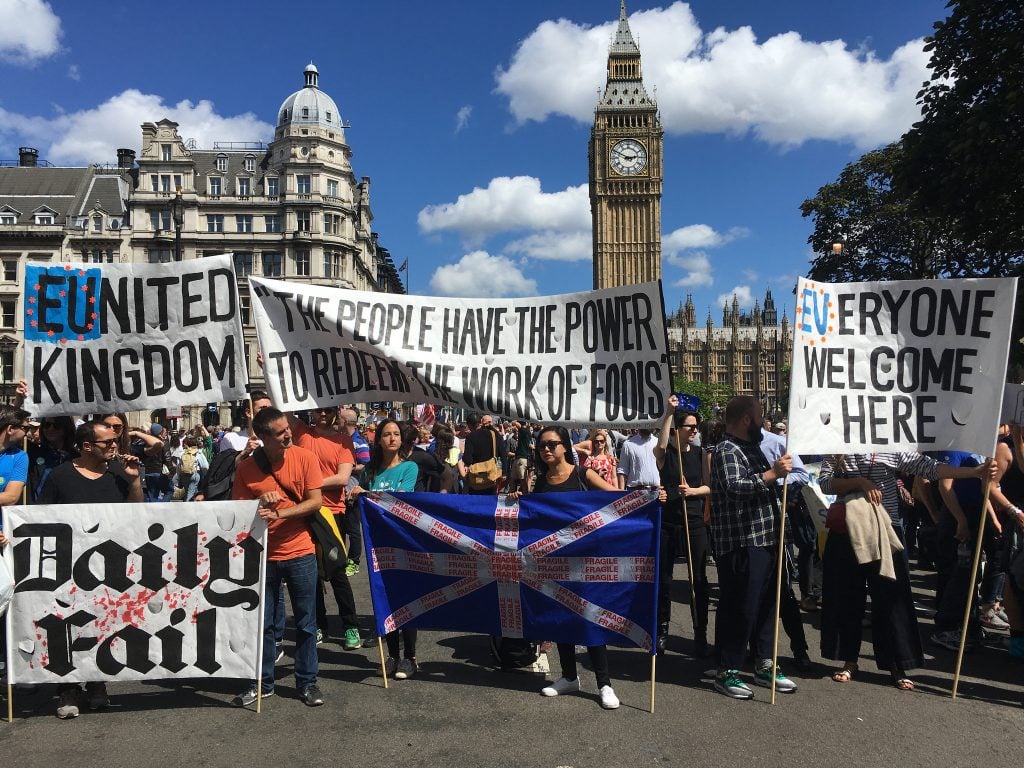 Research funding is one of few areas where the UK gains more than it spends, with #brexit expected to leave a £3.4 billion shortfall and significantly curtail British influence.

Experts commenting in the vote’s aftermath were concerned about isolation of British researchers from European collaborations and the impact on clinical trials and medicines/devices made available through the European Medicines Agency, particularly in the field of oncology.

62% of all British research is done through international collaborations, and the EMA itself is expected to relocate from London to elsewhere in Europe.

An open letter signed by more than 100 UK university leaders ahead of the vote warned that leaving the EU would damage research and academic alliances. Nature weighed in with an editorial warning the vote would have global repercussions for science and research.

In practical terms, #brexit could see Britain on the outer at the European Centre for Disease Prevention and Control, with implications in the event of a pan-European epidemic.

Were Britain to join the EEA a la Norway or Switzerland, it would merely be as an observer and advisor, and if it didn’t join the EEA it would have to draft its own infectious disease legislation.

Water and air quality are also likely to be left in a “regulatory void” post-EU, with concerns that standards would fall and environmental problems ensue.

Parallels have been drawn between the short-sightedness of a Leave vote driven by older people and the politics of climate change – both being described as intergenerational theft and the product of a growing anti-intellectualism.

On climate change, experts have warned that #brexit will make mitigation efforts more challenging, both through increased isolation from the global community and economic headwinds likely to accompany the EU exit.

In addition, the uncertainty over when and how Britain will leave the EU has thrown Europe’s ratification of the Paris Agreement into doubt and raised fresh questions about energy, including a British shift to nuclear power.

Climate activists are also pondering what lessons can be taken from the #brexit campaign. Some have noted that many Euroskeptics are also climate skeptics, which doesn’t bode well.

Much of what happens next depends on how negotiations pan out, though one thing is clear: Britain has now waived any right to participate directly in EU policymaking.

And what of global health? There’s a nice analysis from Rhea Saksena over at PLOS Blogs, noting that a weakened post-vote Britain may drift towards a trade deal with the US that will resemble ‘TTIP on steroids’, watering down food safety and agricultural safeguards and leaving public sector organisations vulnerable to privatisation.

By leaving the EU, there is also concern that Britain will be exposed to redoubled lobbying efforts from the tobacco industry and others.

Autonomy is a double edged sword: being within the EU afforded the UK some basic accountability mechanisms. Now outside, accountability must become our collective responsibility by advocating that exit negotiations reached prioritise a rights-based, social determinants of health approach. Perhaps this is one way to shed some light on this dark, dangerous fantasy of autonomy that has all too suddenly become a reality. 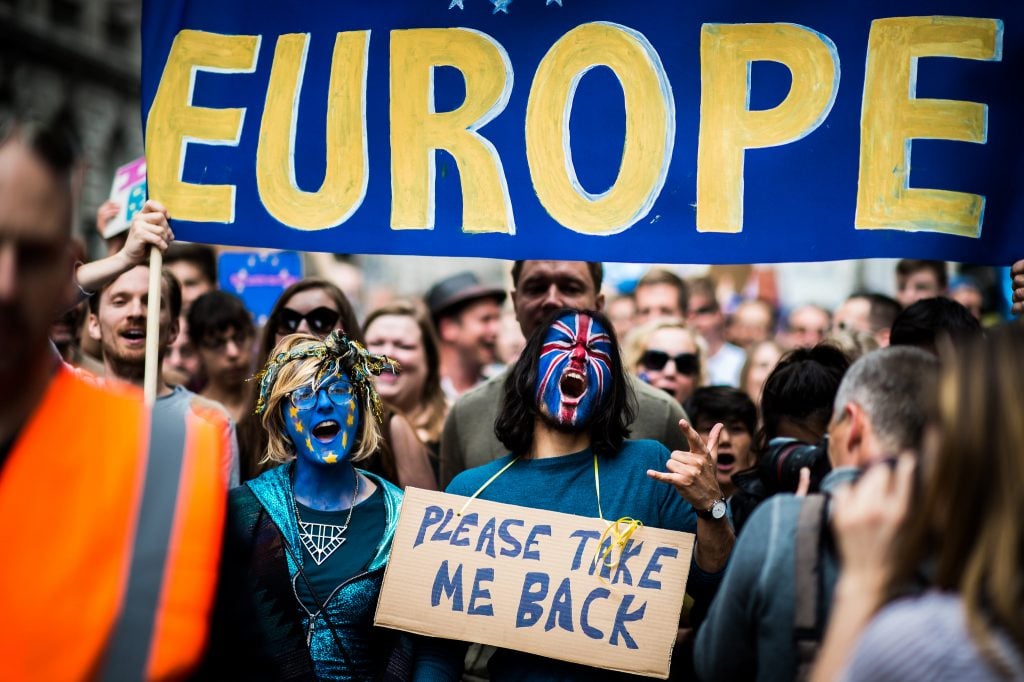