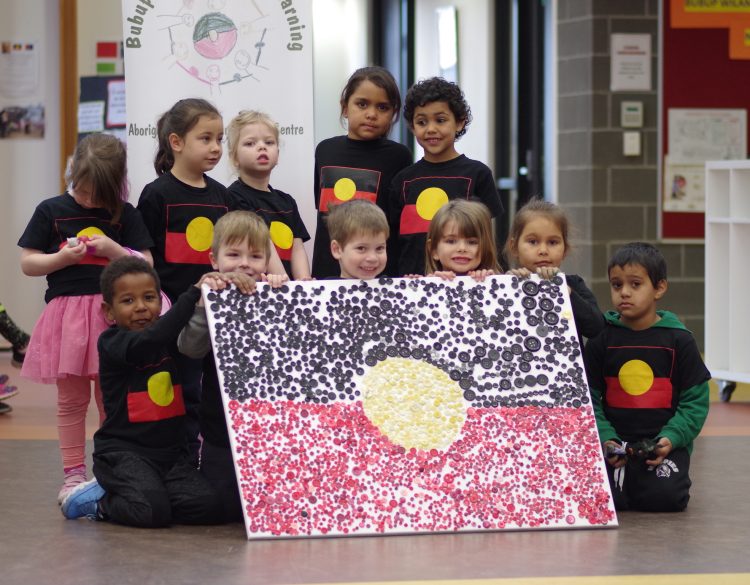 Bubup Wilam: will this model of Aboriginal empowerment really fall through the funding cracks?

The lecture is timely, given a recent decision to not fund an important early childhood service in Melbourne for Aboriginal children, report Summer May Finlay and Angie Zerella.

Bubup Wilam for Early Learning Aboriginal Child and Family Centre  is an Aboriginal organisation in the northern suburbs of Melbourne that works to improve the lives of young Aboriginal children and their families by putting the focus on strengths, empowerment and self-determination.

The Victorian State Government told Bubup Wilam on June 23 this year that no short term or long term funding was available for their highly successful integrated model of learning, health and wellbeing.

The centre was established from the National Partnership Agreement, which ended in June 2014.  After this time, funding was to be picked up by the State.  The contract from the Commonwealth was not renewed and the extra funding required from the State Government has never been granted.   This is despite Bubup Wilam being awarded the distinguished ‘Victorian Employer of the Year Award’ in the Medium Employer category for 2016.

A crisis of funding

Without funding security, this award-winning service, which caters for Aboriginal children up to age six and their families, will be forced to wind up next month.

Failure to commit to future funding for the Bubup Wilam Aboriginal Child and Family Centre will leave 83 families with no access to critical early childhood support.  The Bubup Wilam model is based on international evidence that demonstrates that for every dollar spent in early years per child, there was a $16.14 saving later in life.

The CEO of the service, Ms Lisa Thorpe said:

“Bubup Wilam has been waiting for the Commonwealth and the Victorian State Government to work out who is going to pick up the funding shortfall”.

“Commonwealth and State Governments cannot delay any longer. We are at a crisis now.  If we don’t get a funding commitment, we will have to wind up by October.”

A spokesperson for the Victorian State Government told the ABC earlier this month that “While the Victorian Government continues to fund Bupup Wilam through its kindergarten program, the Federal Government is responsible for funding childcare.”

A model that works

Centered around the child and family’s health and wellbeing, Bubup Wilam is making positive changes in the outcomes of those engaged at the service through self determination and empowerment – important positive social determinants of health.

“Our program embraces, addresses and ensures positive change for Aboriginal children and families in areas such as family violence, drug and alcohol, children in out of home care, incarceration, educational attendance, school transition and holistic health and wellbeing.”

The service’s work “aligns with international research outcomes, is trauma informed and has been described as exemplary and innovative in its design,” she said.

Bubup Wilam supports families by assisting them to address the complex issues they face as a result of social inequities manifested by the oppressed position Aboriginal people hold in this country. If the complexities can be reduced, then families have the time and opportunity to be able to parent their child and take their rightful place as the key decision makers in their child’s life.

This is concerning considering the research evidence that demonstrates that the first three years of development are the most important for laying strong foundations for future health, wellbeing and lifelong learning.

International studies confirm that when Governments fail to invest in early childhood, it can lead to deficits in the long run, when social problems get out of hand.

“Our Government is increasing funding to prisons, rather than investing in early years,” said Ms Thorpe. “This down- stream approach does not make economic sense and must stop.”

More than a childcare centre

“Bubup means more than words can describe. Bubup has done so much for my children and my family. My kids learn their culture. My kids are helped with any learning difficulties. Bubup is the only consistent thing in my kids’ lives.”

As well as being a child and family centre, Bubup Wilam is committed to training and employment of Aboriginal people. The centre’s achievement in this regard was recognised by the “Outstanding Employer” award at the Victorian Training Awards, announced on 26th August this year.

“This approach ensures we have the skills on the ground to deal with the complexities by ensuring our staff have the depth of knowledge required to implement the health and wellbeing and unique trauma informed early years program”.

Last week, Australians heard Professor Sir Michael Marmot deliver his second Boyer lecture, entitled, Give every child the best start. In it, he described his findings on the importance of early childhood education, particularly for children whose families are disempowered.

“On the cover of the report of the WHO Commission on Social Determinants of Health we said: Social Injustice is killing on a grand scale. The social injustice of condemning some children to a poor start in life should not be tolerated. A poor start in life, of course, affects everything that happens subsequently, the kind of job you do, the amount of money you earn and these, in their turn will affect health.”

“I think of health inequalities as resulting from disempowerment. Conceptually, we can view empowerment in three ways: material, psychosocial and political. Material: if you don’t have enough money to pay the rent or feed your children you cannot be empowered. Psychosocial means having control over your life. Political empowerment means having voice. Australia’s Indigenous population, and disadvantaged people, more generally, are disempowered in all three ways.”

“It is not ignorance of the health consequences that lead to unhealthy behaviours. Making ends meet, avoiding violence and other crime all take priority. People are not responsible for the social forces on their life. Get the social conditions right, ensure optimal early child development, and then, of course, people can be expected to take responsibility for their own health.”

These principles are in step with government initiatives here in Australia, both through the Indigenous Advancement Strategy, one component of which focuses on children’s attendance in school and positive school transition, and the Closing the Gap targets, which include:

These targets reflect the Government’s stated aims both to invest in early childhood and school participation, and to ensure increased opportunities for Aboriginal and Torres Strait Islander people to engage in education and training to improve employment outcomes – two goals that are being met by Bubup’s activities.

It seems ironic that a service that reflects best practice in what we know about empowering Aboriginal people to live healthy, meaningful and fulfilled lives is at imminent risk of closing.

“We are very disappointed the Victorian Government, in the year of committing to Treaty and Aboriginal self-determination, will not fund proven successful programs simply because they ‘don’t fit’ existing funding structures.”

*Summer May Finlay is a Yorta Yorta woman, Croakey contributor and PhD candidate; Angie Zerella  has thirty years experience in Early Years Education, and is currently the Education and Training Manager at Bubup Wilam

PrevPreviousHon Ken Wyatt set to head up Indigenous Health?
NextConference preview: What are the big issues in international medical regulation?Next