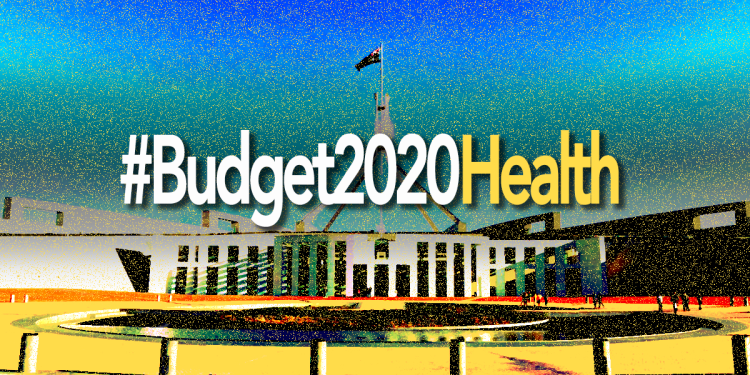 This is a rolling wrap of reaction to the 2020-21 Federal Budget from Aboriginal and Torres Strait Islander organisations and tweeps.

See the Budget statement from the Minister for Indigenous Australians Ken Wyatt, which highlighted an additional $150 million over three years for Indigenous Business Australia to deliver 360 home loans for new housing construction in regional Australia, and $46.5 million over four years to support Aboriginal and Torres Strait Islander community-controlled organisations build their capacity and business models for the next phase of Closing the Gap.

We will continue to update this most with more responses on the impact of the Budget on Aboriginal and Torres Strait Islander health and wellbeing.

Lack of support for Closing the Gap targets big omission

VACCHO said a lack of Federal Government support towards Closing the Gap targets was the major omission in a Budget that  would provide some hip pocket relief and new jobs for young people but delivered “nothing of substance” for Victorian Aboriginal and Torres Strait Islander communities.

VACCHO CEO Jill Gallagher said Treasurer Josh Frydenberg mentioned Aboriginal and or Torres Strait Islanders just once in his speech. She described the lack of money for new Closing the Gap measures as “dispiriting”.

“There are a number of targets which all levels of Government have committed too but where is the investment?”, she said.

“We know this pandemic will take years to recover from so we can’t be thinking in six or 12-month cycles anymore. We have a 10-year agreement. We need long-term investment in Aboriginal affairs.

Gallagher said the new national agreement on Closing the Gap committed governments to provide more mainstream funding through the community-controlled sectors, in recognition that Aboriginal and Torres Strait Islander people are more likely to access these services.

“While this commitment can be implemented progressively, it is an opportunity for the Commonwealth to demonstrate leadership and its full commitment to the national agreement and implement these arrangements now,” she said.

Gallagher welcomed the allocation of 10 additional Medicare subsidised psychological therapy sessions for people subjected to further restrictions in areas impacted by the second wave of COVID-19, which meant people in Victoria can now receive up to 20 sessions. She said:

During the COVID-19 response, and even as it begins to ease, we know first-hand how tough our Communities have done it. Many are still struggling with the basics like food and paying bills, many are becoming more anxious, stressed, and depressed about their future.

“Many are still grieving the loss of loved ones who took their own lives during this crisis.

“We know that mental health is more complex than that, it is not just about going and receiving treatment, it’s about access, choice, and having a culturally safe and holistic approach.”

Gallagher said VACCHO was also disappointed at the “little to no investment” in social housing in the Budget, and failure to invest in childcare.

With a sharp rise expected of more than 5,000 unemployed Aboriginal and or Torres Strait Islanders in Victoria, she asked: “where are the jobs for Aboriginal people in Victoria?

She said telehealth measures announced in the Budget will also be critical for the sector beyond the pandemic and that the increase to Medicare and PBS funding is also welcome news for all Australians.

However, Mills said that while these measures are significant, NACCHO will continue to press the Government for targeted infrastructure investment in community controlled clinics.

“If stimulus is the main objective of the Budget, we believe that there is no better way to do so than to invest in local communities. There was a valuable opportunity here to invest in our 550 local clinics across the country where our 410,000 clients reside. This was an opportunity missed,” she said.

Mills said, collectively, the community controlled health sector is the second largest employer of Aboriginal and Torres Strait Islander people in the country.

“Investment in infrastructure will helps us generate even more local jobs. NACCHO estimates that $900m is needed to bring our national network of clinics up to scratch. We will keep talking to the Government about how to fund this shortfall.”

“Although the Government announced in early August $46.5 million over four years to build the capacity of the Aboriginal and Torres Strait Islander community-controlled service delivery sector, this was just to steady the ship,” Mills said.

“Now is the time for the Commonwealth and State Governments to commit to specific measures related to the new 16 targets for Closing the Gap.”

“While it is good to see large stimulus measures helping industry and workers via tax cuts, that is just part of the story,” Mills said. “If you invest in communities, then we rebuild the economy together. At the same time, you can also address a range of lingering social issues.”

NACCHO said an opportunity to address historic funding shortfalls in social housing had also been missed in the Budgets been missed, describing the funding of just 360 home-loans through Indigenous Business Australia as “a drop in the ocean”.

The neglect of social housing, particularly in the Northern Territory, was “indefensible when you have, on average, 17 people in a small house”, Mills said.

“How do you expect children to get a good night’s sleep, do their homework, be fed and healthy? What do you think will happen if the COVID-19 virus actually gets into our remote communities when family members are crowded together, 5 or 6 in a bedroom?”

Mills said Aboriginal and Torres Strait Islander people had “dodged a bullet with COVID-19” so far, due to the successful response of communities and community controlled services.

“If the virus had got into our communities, with our higher levels of comorbidity, the death rate would have been on a par with the aged care sector. Yet, not one Aboriginal and Torres Strait Islander person has died during the pandemic. The increased funding goes some of the way, but we need to address the neglect in our infrastructure.”

No justice for First Nations people in Budget2020

The national Aboriginal led justice coalition of legal, health and family violence prevention experts said the Budget fails to respond to the needs and demands of Aboriginal and Torres Strait Islander peoples who have been affected by the Covid-19 pandemic, and risks entrenching the poverty, housing insecurity and homelessness that drives people into the criminal legal system.

Change the Record executive officer Sophie Trevitt said hundreds of thousands of people in Australia and around the world had come together, under the banner of #BlackLivesMatter, to demand justice for First Nations people and call for an end to Black deaths in custody and investment in alternatives to prison.

“The 2020 Budget has failed to respond to these calls for justice,” she said.

Trevitt welcomed the five-year funding guarantee for Aboriginal and Torres Strait Islander legal services, but said the level of fund was already inadequate and “falls woefully short now”. As well, the Government had failed to guarantee funding for the National Family Violence Prevention and Legal Services Forum – the national voice for Aboriginal and Torres Strait Islander peoples experiencing, or at risk of, family violence, she said.

“These recommendations have been ignored,” she said.

Trevitt said Change the Record welcomed additional payments for those on aged, carer, family and disability payments – “but small cash payments will not fix a broken social security system that fails to keep people above the poverty line”.

“We know that key drivers of people into police and prison cells are poverty, homelessness, unemployment, mental illness, family violence and trauma. If the Government is serious about Closing the Gap then they must back up the Closing the Gap targets with adequate resources and properly fund social services and community controlled solutions – otherwise they the so-called pandemic recovery will leave large sections of our community behind.”

NATSILS says failure to provide additional funding for legal assistance services in the Budget and recent cuts to both JobKeeper and JobSeeker payments will see Aboriginal and Torres Strait Islander people “entrenched in poverty and further dragged into the criminal legal system by COVID-19 over-policing, family violence and housing issues with little support to get out”.

“This Budget makes the lives of rich people easier while poor people feel the brunt of again being left behind by the Government,” said NATSILS co-chair Nerita Waight.

Wait said the Federal Government had offered no additional money to Aboriginal and Torres Strait Islander Legal Services, or the rest of the legal sector, despite existing enormous pressure on our services, now exacerbated by COVID-19 in over-incarceration from over-policing, for family violence, housing and child protection.

In its statement, NATSILS revealed it had been excluded from the Federal Budget Lock-Up, along with many other Aboriginal Community-Controlled Organisations and legal sector peaks, “at a time of importance for our people and the nation”.

They had been let down in the Budget by the failure to restore Job Seeker and Job Keeper payments at their higher rate, while cashless debit card programs are continued and as state governments spend more on police and expanding police powers in the pandemic.

“While there is continued funding for Indigenous home ownership, the Government has failed to increase much-needed social housing investment for many of our people who are homeless or otherwise in unsuitable housing,” the statement said.

Also worrying was the lack of confirmed funding for the National Family Violence Prevention Legal Forum from December, and only $46.5 million over four years for Closing the Gap, which NATSILS said “illustrates the lack of Government commitment”.

“We will get through this pandemic together if our Federal leaders do everything possible to protect everyone’s health and wellbeing, no exceptions. This means dedicating serious public money to Closing the Gap,” it said.

Waight said NATSILS services already suffer from a demand they cannot meet due to substantial delays and understaffing as a result of restrictive budgets.

“While we welcome five year funding for our legal services, it’s not nearly enough.

“The Closing the Gap Agreement said our people must not be left behind for post-pandemic recovery.”

“Cutting social security payments, lack of social housing and culturally safe disability supports, and the disproportionate increase in COVID-19 fines will likely entrench more of our people in the justice system, when we are the most incarcerated people on earth,” she said.