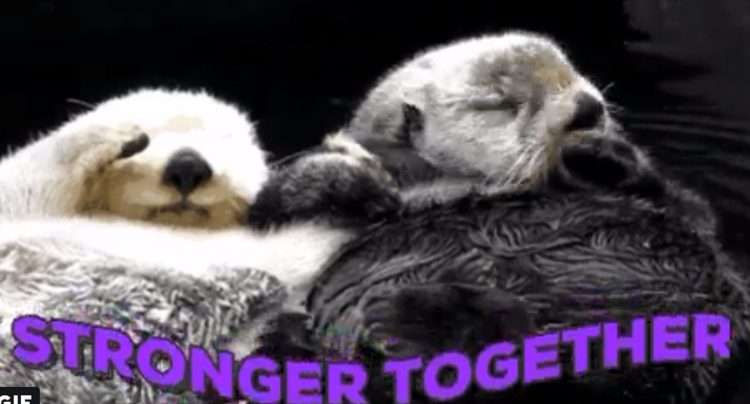 Social media can be devastating and, as we tragically saw with the massacre in Christchurch, dangerous.

But harnessed for good it can have incredible power, as Dr Dara Kass, an emergency medicine physician and gender equity advocate, discussed at a recent Women in Medicine grand round event hosted by the Royal Women’s Hospital in Melbourne.

Journalist Marie McInerney, who covered the event for the Croakey Conference News Service, spoke with Kass about her role in some ground-breaking movements to address gender inequity, sexual harassment and assault in the US health care sector.

United States emergency physician Dr Dara Kass has become an expert in building a “raft of bitches” – or calling in the troops when a woman is being harassed, demeaned or bullied online, particularly on Twitter. 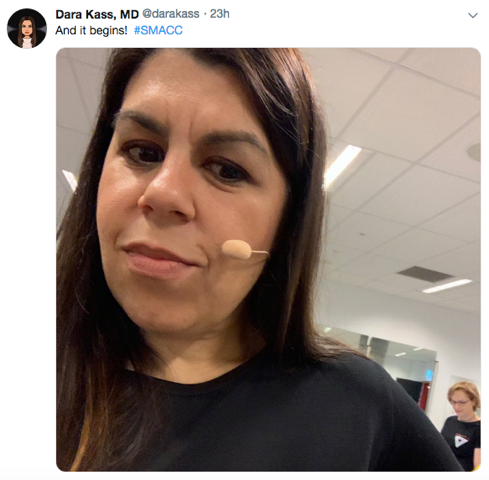 It was her colleague Dr Esther Choo who first sent out the #OtterTime alert as a light-hearted response to being ‘mansplained’ on Twitter.

“I was being bullied by a condescending troll and just had it,” Choo said later said in an #OtterTime tutorial.

She was thinking, what could be the exact opposite of the guy who was hassling her?

“So I posted a picture of an otter.”

It became her standard response to bullies and misogynists, and she told her friends to do the same. Among them was Kass, who immediately and delightedly pointed out that female otters are known as bitches, and join hands with other female otters in groups called “rafts’ to keep from drifting out to sea while resting.

“They literally build a raft of bitches,” Kass told Croakey in Melbourne.

And so now do Choo and Kass, who have gone on to found Times UP Healthcare, which has grown out of the #MeToo and #TimesUP movements to tackle sexual assault, harassment and inequality in the healthcare workplace. Kass is also the founder of FeminEM, an open access resource for gender equity in emergency medicine.

Exposed to trolling because of this high-profile work, they and many others use the otter and the hashtag #ottertime to signal to each other when they or another woman is being harassed so they can come to her aid.

When something happens on social media and the call is made for all the otters to come out, we come out.

This idea that female otters stick together in the water, they hold paws, they layer these rafts, (build) these huge coalitions of female otters and they are stronger by their network is the most powerful analogy we found.”

Kass is quick to say her purpose is not to start a fight nor to undermine those making the comments, or try to get them to lose their jobs.

But she’s mindful of the irony that women are accused of being bullies when they combine to address harassment or abuse, and says it is important to show that “words have consequences”.

“(We get) statements like ‘men shouldn’t be feminists’, demeaning men who support women, reminding people that ‘women choose to work less hard and deserve what they get’,” she said.

“If you’re going to be out there on social media, saying things that are either inherently untrue or divisive or hurtful…if you’re going to say the pay gap doesn’t exist, be prepared for us to say it does and show you where you’re wrong.”

But there is other power in social media that has literally brought Kass to Australia for a week or so.

She tweeted earlier this year about being invited to speak at the high profile SMACC Critical Care conference in Sydney this week.

That prompted an invitation from Royal Women’s obstetrician Dr Rebecca Szabo to join the panel of the Women in Medicine grand round and led to a whole series of new connections.

For such journeys, Kass says social media is “very powerful, mostly a gift”.

“The ability to united people across ponds and create coalitions is critical to progress,” she said. “FeminEM could not have existed, without social media were would not have joined so many people in medicine together.”

FeminEM has done “some extraordinary work” over the past three years, she says, in empowering many female physicians to be “unapologetic advocates for change in medicine and also to be a community of support for women across the entire house of medicine.”

Times Up Healthcare has taken up that broader mission, with that stand that “every person in health care, not just physicians and not just women, deserves safe, equitable and dignified work”.

It very deliberately says “no matter what your job is in health care, this is for you, whether you’re a physician, or a tech, or a home health aid, or a phlebotomist or pharmacist or millions of other occupations there are in health care”

Launched early in March, she said it’s already had enormous traction, lucky enough to be partnered up with the global Times Up movement that saw Hollywood women come together and be inspired by farm workers to create a powerful platform.

“We’ve had really incredible support from institutions that want to be signatories to our efforts, from individuals that want to sponsor what we’re doing, from partnership organisations like colleges that internationally want to say we want all of our members to feel they have safe, equitable and dignified work, and we want to align with you.”

For Kass, Times Up Healthcare is not a personal story or a response to hurt, harm or harassment she experienced in the workplace, but is about having a responsibility to contribute to systemic change.

“This is not a personal reaction from me to a grievance I’ve had,” she says, “it’s more about justice for the health care workforce going forward and how important it is for all of us, as patients, as physicians, as partners, as individuals.”

Senior men in medicine also had a responsibility to contribute to change; for example, by taking paternity leave – if not for the sake of their partner or child, then to be a role model or ‘grant permission’ to men below them to do so.

Her takeaway from the Women in Medicine event was that there is a cohesion in the Australian system that the US doesn’t have – “you’re starting out 15 feet ahead of us in terms of social support, for example equitable leave for all parents”.

“We’re walking backwards right now in our culture,” she said.

Kass felt inspired to be at the event, with men and younger and older women, and to be part of a network that can “convene people across oceans about the common cause of equity and justice is incredible.”

Kass presented at SMACC on a personal issue, about donating an organ to her son, when he experienced liver failure as a baby (see some related tweets below).

Also read more here and watch her talk about building a ‘raft of bitches’.

• Watch a video interview with Kass at the Women in Medicine event, plus conversations with all the panelists via this playlist compiled by Croakey. 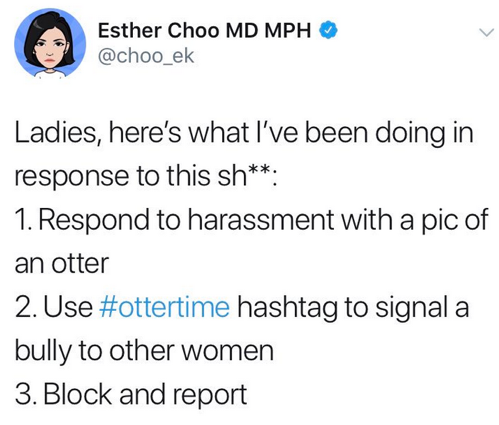 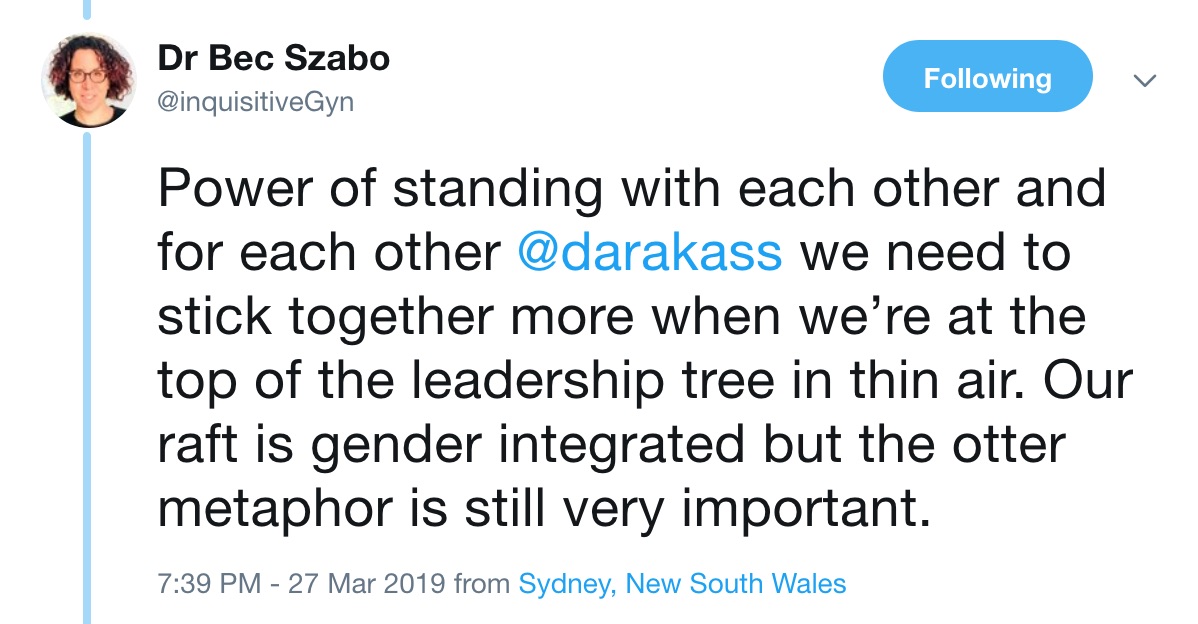 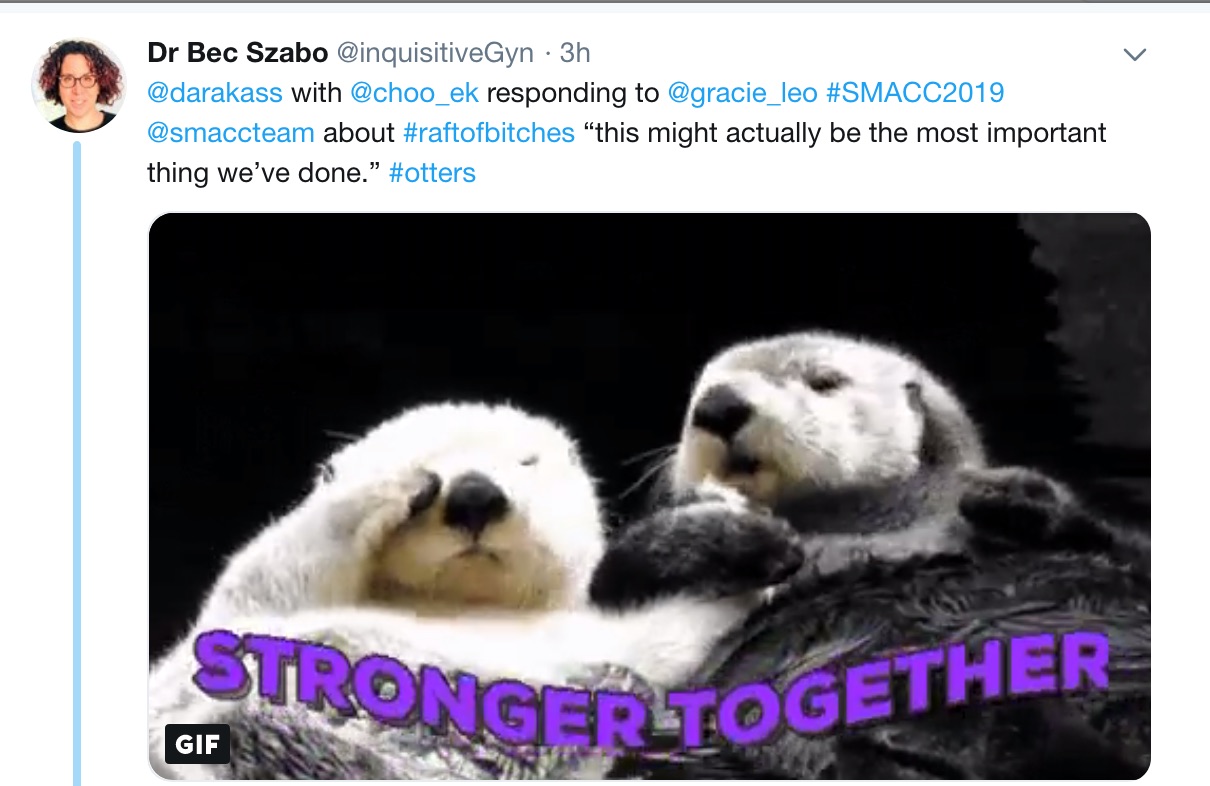 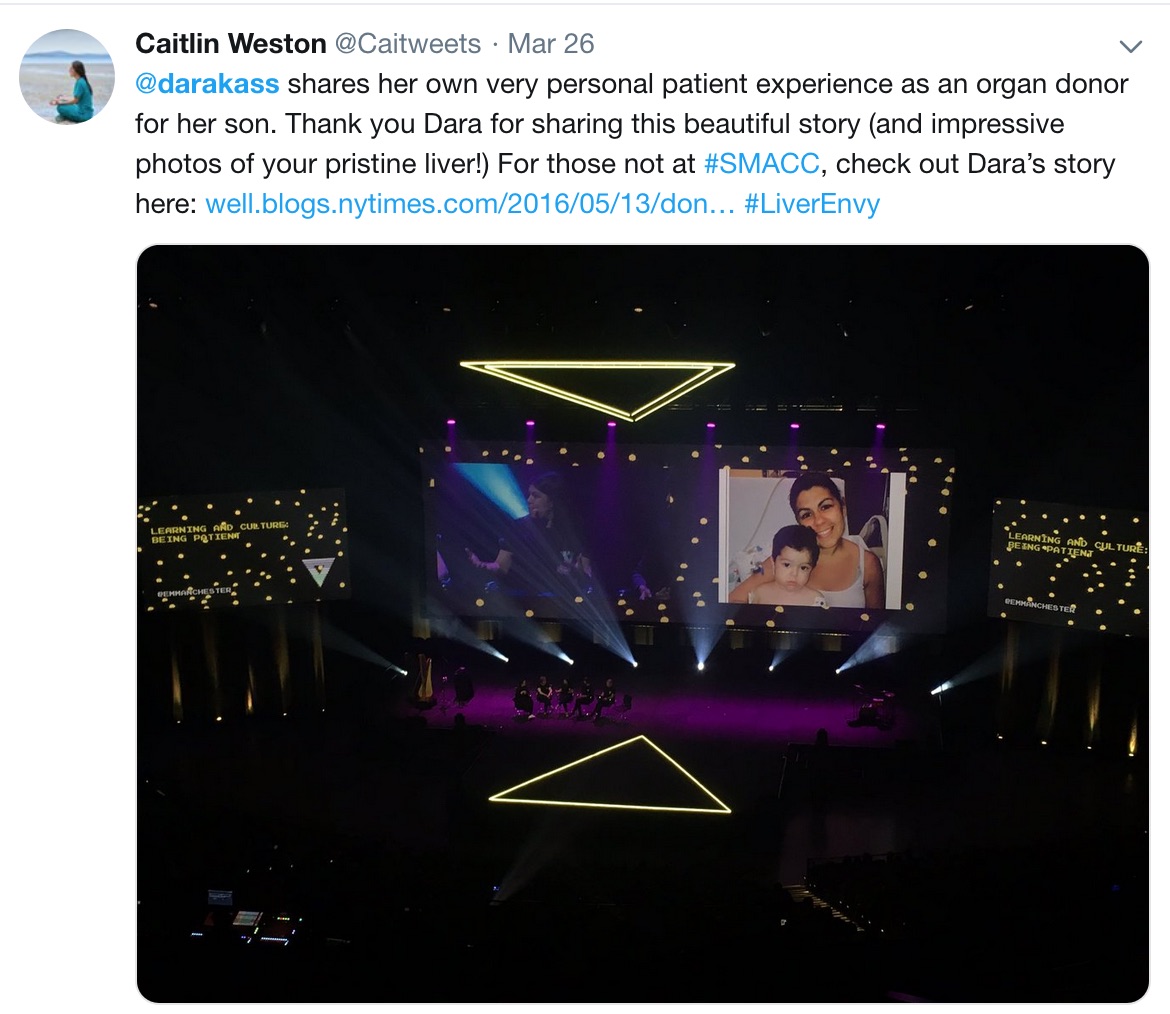 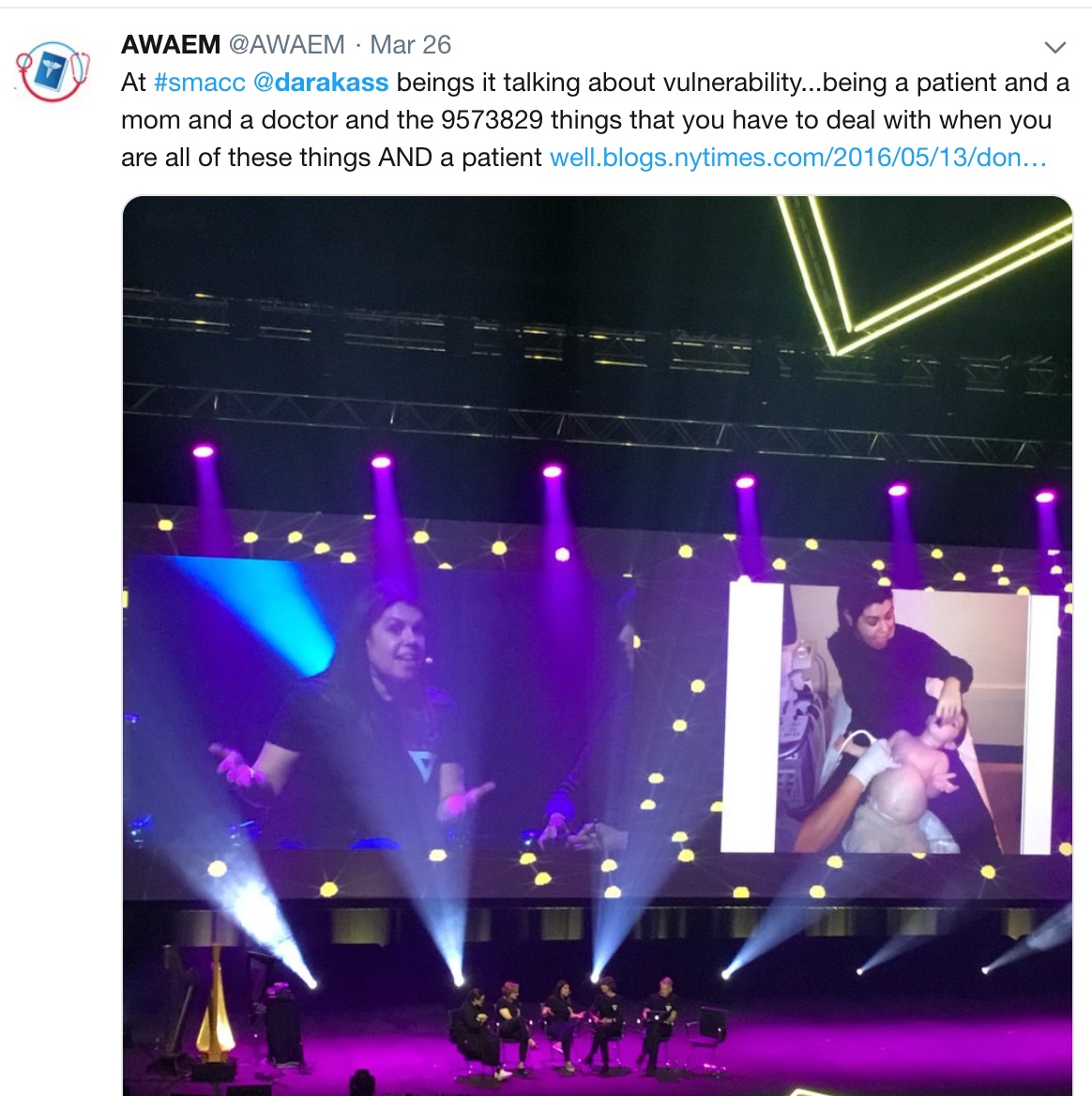 Analytics from Symplur show 427 tweeps participated at the hashtag, sending 2,145 tweets and creating 9.66 million Twitter impressions during the period of Croakey’s coverage of the event, between 21 and 28 March. Read the Twitter transcript. 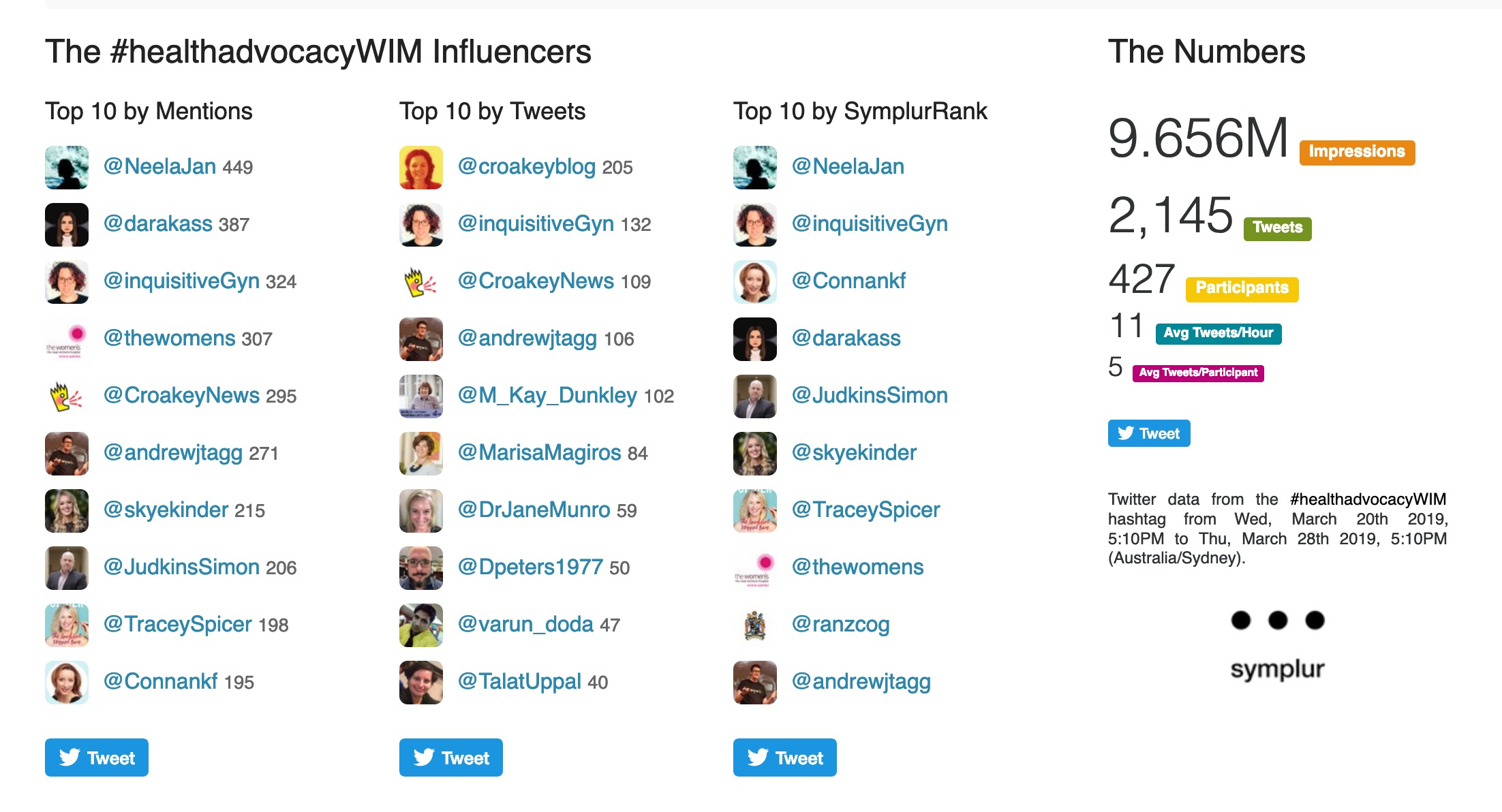 This is the final report by Marie McInerney from the #HealthAdvocacyWIM for the Croakey Conference News Service. See her previous articles here.

PrevPreviousThe feel good factor – does watching elite sport make you want to participate in sport?
NextMindframe launches guidelines to safely communicate about alcohol and other drugsNext