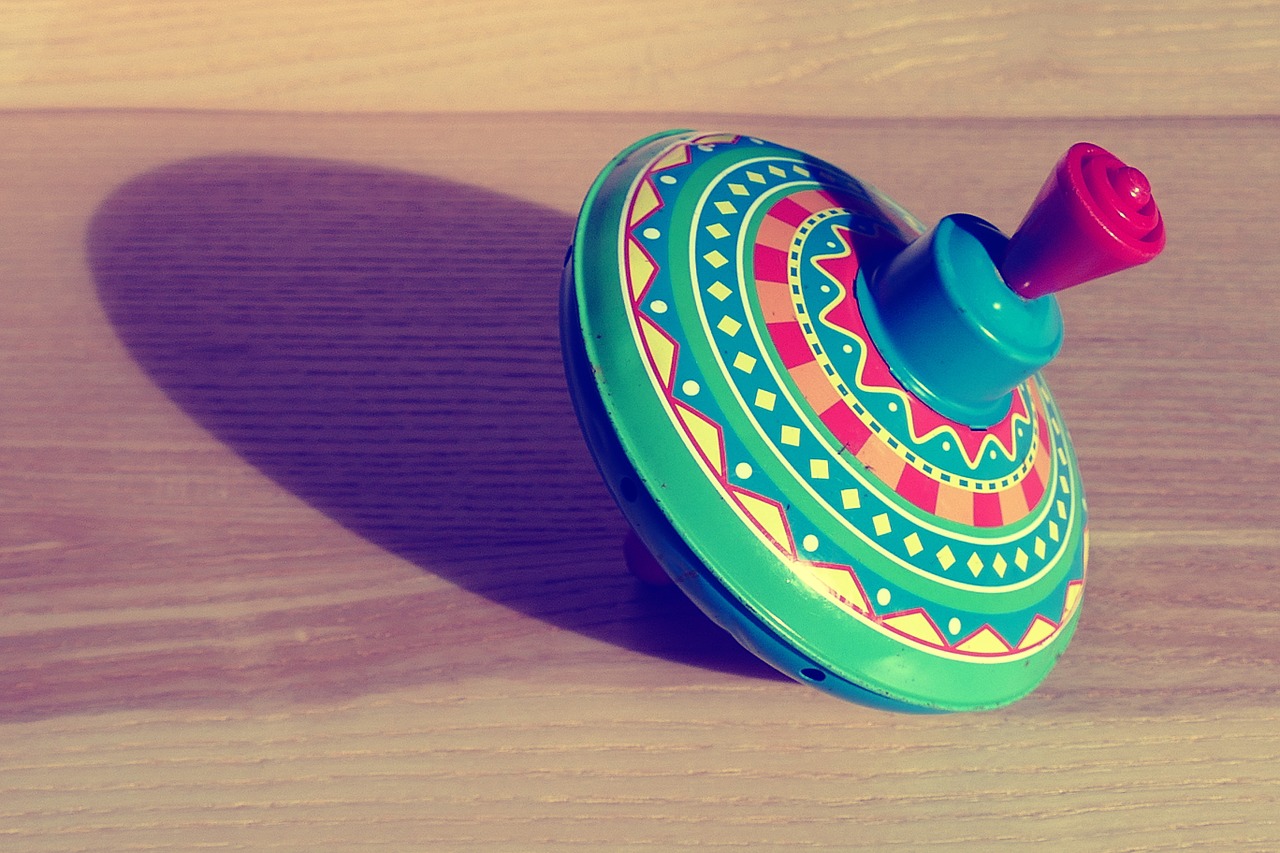 If you’ve been following the debate about the Medicare rebate freeze, you may well have come to the conclusion that GPs are the victims of their own conscientiousness and ingenuity: by working around the lengthy freeze so that they can continue to care for their patients, they have fed into the Government’s rhetoric that current funding levels are adequate.

A favourite statistic in support of extending the freeze is that the bulk billing rates for GP services have never been higher, with a figures of up to 85.8% bandied about.

Both the RACGP and the AMA have pointed out that hidden in the bulk billing figures, there’s a world of pain for doctors and patients, and the AMA has said that General Practice is at ‘breaking point’.

But as Tasmanian GP Bastian Seidel discusses below, there’s another question about the General Practice bulk billing numbers that we should be asking: how meaningful are they?

It’s an issue that others have been discussing recently, including RACGP President, Dr Frank Jones, who told 6 minutes last week the bulk billing rate of 83% is a “misleading and ‘dirty’ statistic”.

In the lead-up to the federal election, a survey of older Australians from the Australian Council of Ageing has indicated that health is their number one priority – and they are willing to vote accordingly.

So what do bulk billing figures mean, and are there other ways of assessing the cost of General Practice to Australian taxpayers, and the benefits? It’s time to have a public discussion without the spin.

As the about to be defunded ‘ABC Fact Check’ pointed out recently, ‘bulk billing rates’ for non referred attendances (which includes visits to a GP, but not to services in hospitals or other medical practitioners) were 85.8% this year. That represents an increase from 2007, when the rate was closer to 78.2%.

Does this mean that 85.8% all patients who see their GP are being bulk billed? Not at all. As Dr Evan Ackermann from the RACGP explained in MJA InSight last week, the currently used bulk billing rate only reveals this proportion of all rendered services are bulk billed, not patients.

Medicare is the national health insurance scheme, applicable to all Australians and permanent residents. Bulk billing is an arrangement in which a doctor (GP or specialist) bills Medicare directly for any medical service that the patient receives, and imposes no other gap payment to the patient. The same arrangement applies to allied health practitioners, medical practitioners in a hospital setting, radiology and pathology providers. The practitioner therefore accepts the Medicare benefit as a full payment for the service on behalf of the patient.

Bulk billing rates were a key performance indicator under the National Health Performance Authority (NHPA), with a low percentage of GP attendances being bulk billed perceived as a barrier for accessing care.

In its report, the NHPA clearly indicates that, in 2011-2012, the rate of actual GP attendances that were bulk billed varied significantly from 49.7% to 95.8%, depending on Medicare Local catchments. Interestingly, the rate of bulk billed GP attendances was not related in any way to better or poorer self-reported health status (figure 8, NHPA report).

Percentage of people who saw a GP and were bulk-billed, by health status and Medicare Local catchment 2011-2012, National Health Performance Authority 2013, Healthy Communities: Australians’ experiences with access to health care in 2011–12 Link here) 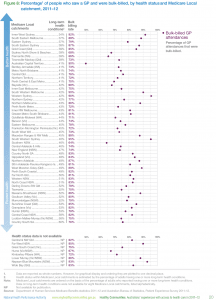 The NHPA has also pointed out that 12.5% of the population account for 41% of Medicare benefits paid.

These are patients with complex, chronic medical conditions who need to see their GP and other medical practitioners frequently, and therefore access services that attract a Medicare rebate much more often than others. On average, that patient population would receive at least 51 Medicare services per year. This is the patient population with the greatest need, the exact group who were meant to benefit from an increase in Medicare rebates (i.e. insuring them against a co-payment) and the introduction of bulk billing incentives in 2004.

So, it’s time to move on from the proxy debate on bulk billing numbers. The discussion should be about the true cost of General Practice care to the taxpayer. According to the 2016 Report on Government Services, the total expenditure by the Australian Government on all General Practice encounters, including the cost of Medicare Locals and Primary Health Networks (let’s not even talk about the cost of winding down Medicare Locals and setting up Primary Health Networks) as well as the Practice Incentives Programs, was $7.7billion, which equals $328 per person per year.

That figure has remained steady over the last decade, irrespective of the ‘rise’ in bulk billing rates. So, let’s talk about facts rather than fiction when arguing about bulk billing statistics, and the cost of General Practice to Australian taxpayers.