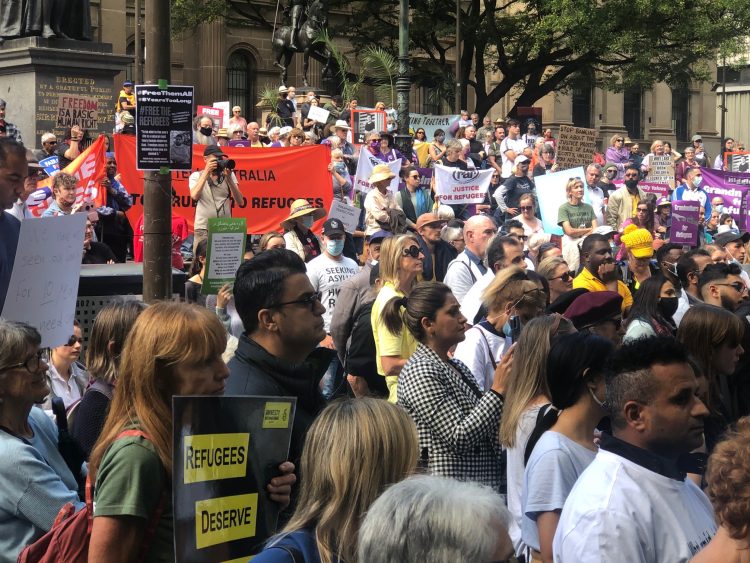 Cabinet reshuffle raises many concerns, but also calls and hope for shift on asylum seekers

Much has been written about the moves and motivations, and whether a Taskforce can deliver in a Federal Government that is sticking with Queensland Liberal Andrew Laming and where former Attorney General Christian Porter retains his position in Cabinet when he has launched defamation proceedings over the ABC’s reporting of historical rape allegations against him.

Porter has denied the allegations, made by a woman who died last year, and the Federal Government has resisted calls for an independent inquiry to examine them.

“The real test of the effectiveness of this reshuffle on the women’s front will be policy outcomes – immediately, in next month’s budget, and then post budget and in the policies the government takes to the election,” said veteran political commentator Michelle Grattan.

They will include how the Federal Government responds to concerns that the end of JobKeeper this week will see up to 250,000 people joining the unemployment queue, where many others are, according to the Australian Council of Social Service (ACOSS), being driven into “dire poverty” from tomorrow when JobSeeker will be cut by $50 a week.

Australian of the Year Grace Tame has also criticised the appointment of Amanda Stoker as the Assistant Minister for Women over her statements on sexual assault issues.

However, others, including the Australian Medical Association (AMA), are looking to find hope in the appointment of new Home Affairs Minister Karen Andrews — taking over from Peter Dutton, who has moved to Defence — on the possibility of a shift on refugee and asylum seeker health issues.

According to The Conversation, Andrews has declined to comment on the possibility of bringing a more compassionate approach to refugee applications and also on deportations, where the recent deportation of a 15-year-old from Australia to New Zealand reignited a dispute between both countries over proper management of offenders who have been born overseas.

The AMA’s call for a new approach comes amid growing concerns — highlighted also at Palm Sunday #Justice4Refugees rallies across Australia last weekend — about the precariousness of life for asylum seekers in the community, for Medevac refugees still in detention, and those stranded by offshore detention in Papua New Guinea amid its current COVID-19 surge. 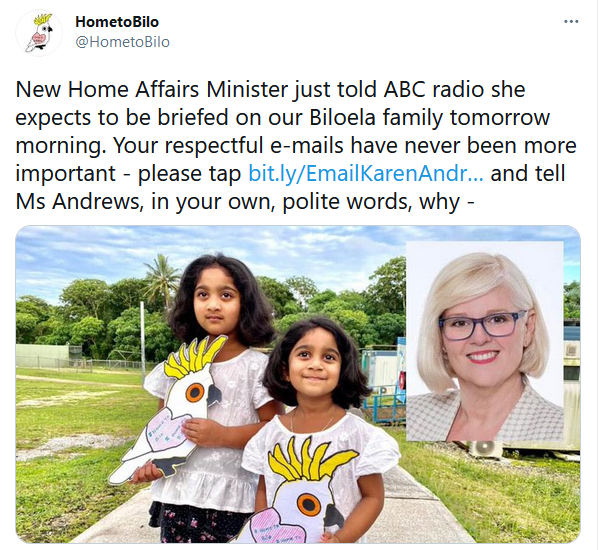 The AMA this week called on the Australian Government to:

“There is real opportunity for Australia to show some compassion and take urgent action on reports of the deteriorating physical and mental health of asylum seekers and refugees in Australia’s immigration detention network, particularly with the spike in COVID-19 cases in Papua New Guinea,” said AMA President Dr Omar Khorshid in a statement. 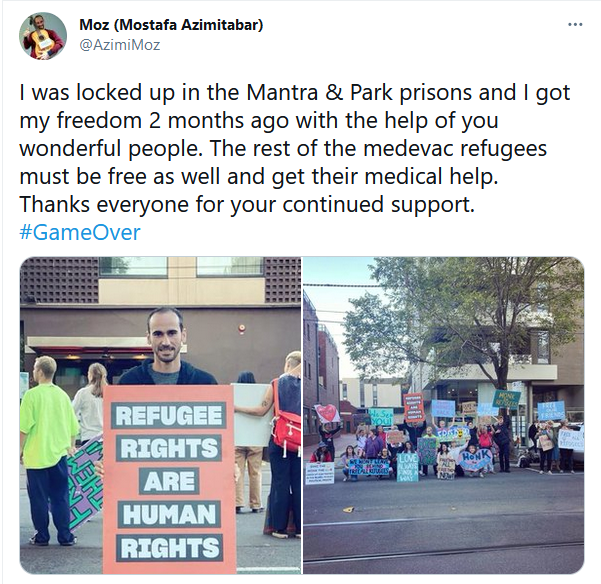 Khorshid said the AMA welcomed the gradual release of some asylum seekers and refugees from APODs in Brisbane and Melbourne in 2021 but remained “gravely concerned” for the mental and physical health of the remaining cohort of asylum seekers and refugees in APODs, urging their release on health grounds, and highlighting the Federal Government’s suicide prevention strategy.

Khorshid said the Government is to be commended for its considerable efforts in tackling mental health issues and working on the goal of Towards Zero Suicides, but it should now extend this compassion to asylum seekers and detainees in APODs.

He urged the Government to ensure adequate care and protection from COVID-19 for asylum seekers and refugees in Papua New Guinea and to release Tamil family Priya and Nades Murugappan and their daughters Kopika and Tharnicaa from Christmas Island into the community while they await a final outcome of their legal case.

“Prolonged detention on Christmas Island is more than likely causing avoidable developmental harms and we remain deeply concerned about the potential life-long impacts of this on these young children,” Khorshid said.

At the #Justice4Refugees rally in Melbourne, long-standing refugee advocate Sister Brigid Arthur, said Australians were being “sold a lie” that asylum seeker policies were in the national interest: “how could it possibly be in any national interest to make people suffer?” she asked.

She said most of those living on bridging visas in Australia have no income and face destitution and homelessness, relying on non-government organisations and charities that are already “stretched to the limit”.

The Federal Government had cut funds to legal supports, while spending billions on mandatory and offshore detention, including around $6 million to date on seeking to deport and detain the Biloela family, she said.

“We can’t just wring our hands in despair,” she said, calling for Australians to advocate on three issues particularly: 1. income support for everyone living in Australia, 2. working towards family reunion for refugees, and 3. fair processing of asylum applications and no need for detention. 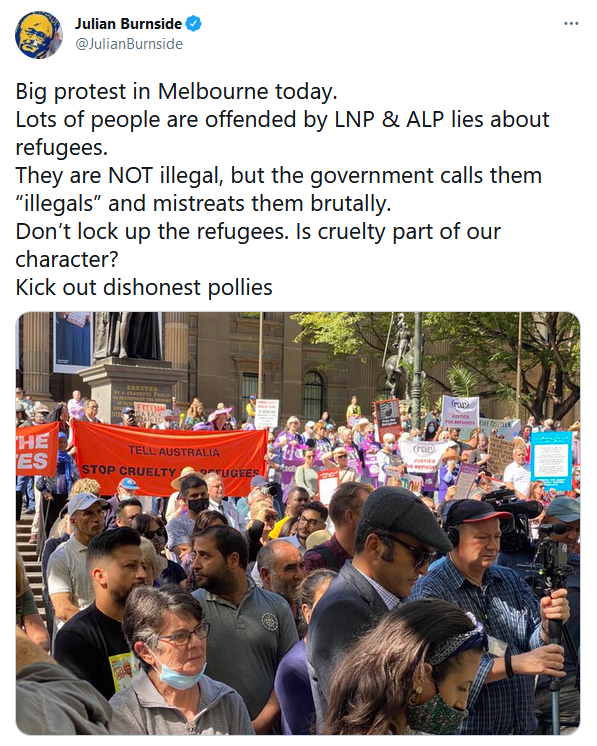 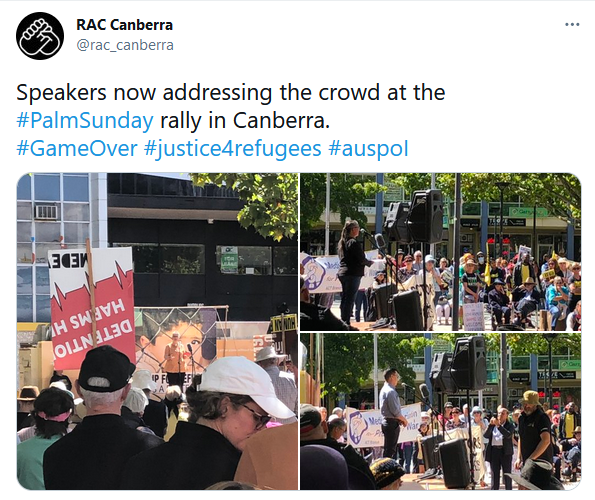 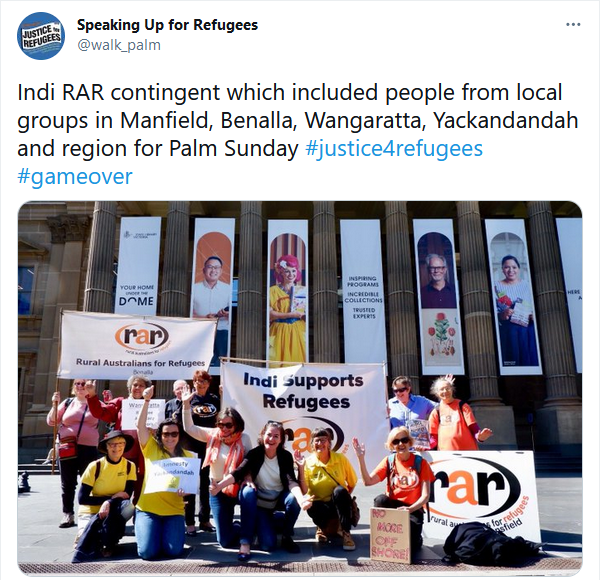 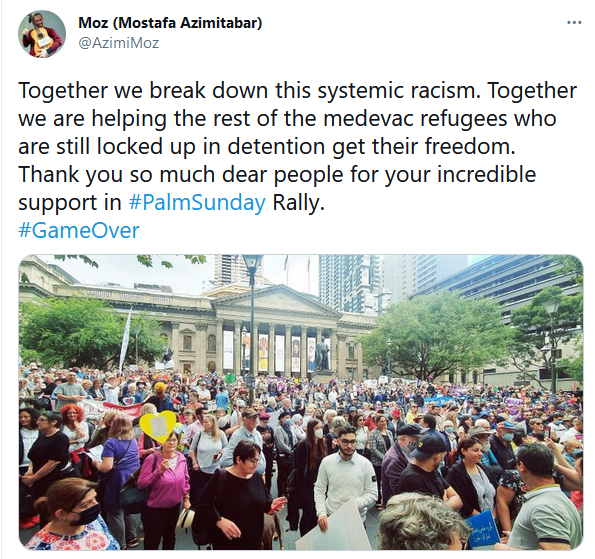 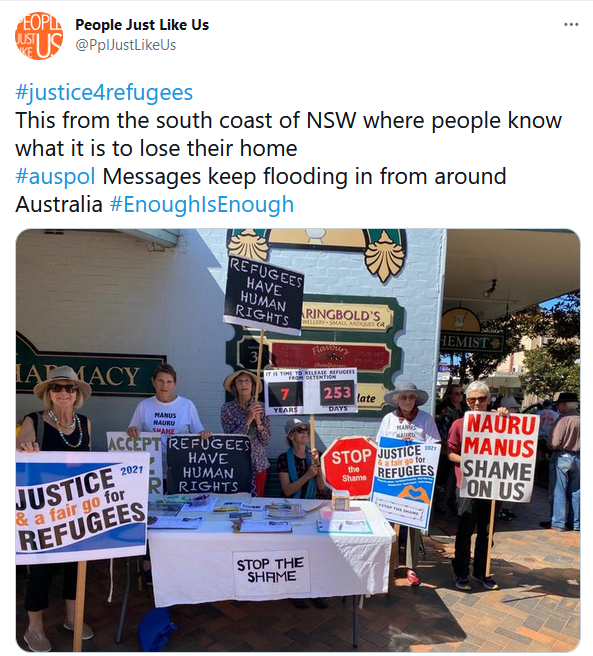 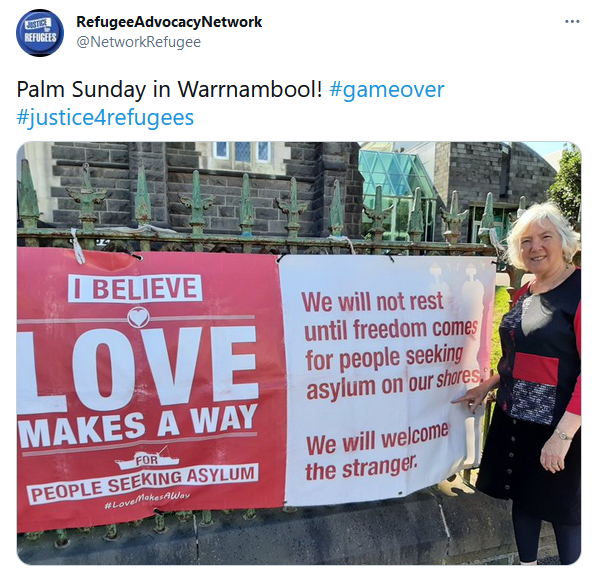 PrevPrevious“Critical insight coming up.” Tweeting up a storm of GIFs and riffs on primary care
NextThe WHO report into the origin of the coronavirus is out. Here’s what happens next, says the Australian doctor who went to ChinaNext