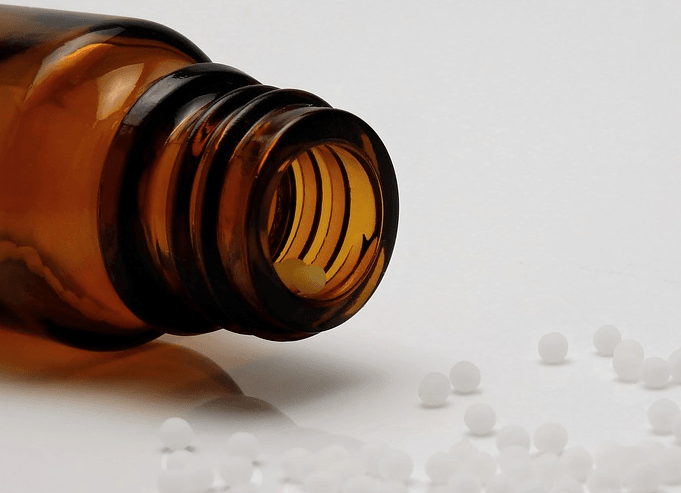 Call for closer Senate scrutiny on regulation/advertising of complementary medicines

A brief Senate inquiry is due to report early in February on concerns about new Federal Government legislation amending the regulation and advertising of therapeutic goods.

Public health campaigner Dr Ken Harvey, from the School of Public Health & Preventative Medicine at Monash University, says the Therapeutic Goods Amendment (2017 Measures No. 1) Bill contains “many excellent provisions”. However he and others in public health and consumer protection are concerned about its impact on the regulation and advertising of complementary medicines, such as herbal, traditional and homeopathic medicines.

Harvey and Professor John Braithwaite, from the School of Regulation and Global Governance at Australian National University, requested a public hearing of the Senate Committee but say they were advised by its secretariat that there wasn’t time, given the Christmas/New Year break.

Supported by others including Choice, the Consumers Health Forum of Australia, Friends of Science in Medicine, and the Public Health Association of Australia, they are hosting their own forum at the ANU tomorrow, Wednesday 24 January (2-5pm) to debate the issues.

They have invited the Senate Community Affairs Legislation Committee and Secretariat, the TGA, Adjunct Prof John Skerritt, Deputy Secretary for Health Products Regulation at the Department of Health, and the media to attend. (Harvey reports that the TGA has declined the invitation).

Croakey is publishing a mini-series on the issue ahead of the forum, beginning with this article below from Harvey outlining his major concerns with the legislation, drawn from the submission he and Braithwaite lodged to the Senate inquiry.

The Therapeutic Goods Amendment (2017 Measures No. 1) Bill was introduced to Federal Parliament in early December 2017, to support the implementation of recommendations of the 2015 Expert Panel Review of Medicines and Medical Devices Regulation.

There are many positive aspects of the amendments proposed, such as increased post-marketing surveillance and more stringent penalties and sanctions for regulatory violations.

However, there is major concern about the Bill’s impact on the advertising of therapeutic goods to consumers and the regulation of complementary medicines.

It appeared that the Department of Health and the Therapeutics Goods Administration (TGA) wanted to bypass the scrutiny of the Senate Committee system on this Bill by arguing that it was non-controversial! This was reflected in the second reading speeches of both the Health Minister, Greg Hunt, and the Shadow Assistant Minister for Medicare, Tony Zappia. Fortunately, Greens Senator Richard Di Natale (Greens) responded to Professor Braithwaite’s request to get the Bill reviewed by the Senate Community Affairs Legislation Committee.

In response, submissions were invited over the Christmas/New Year holiday period and our request for a public hearing was rejected, apparently because Senators were on holiday. Such a short timeline for the inquiry over this time of year appears to be a deliberate process to minimise the number of submissions received and eliminate public debate – a travesty of parliamentary process and open democracy.

Regardless, several civil society organisations have joined together to hold a public hearing to debate contentious provisions of the Bill at the ANU tomorrow (Wednesday 24 January).

Our main concerns, as laid out in more detail in our submission to the Senate Committee, are the plans to:

More on these below.

The first concern with the legislation is the abandonment of pre-approval of advertisements and reliance on self-regulation (Schedule 6, Part 2 of the Bill). Under the current pre-approval process, industry associations delegated by the TGA review more than 2,000 advertisements each year with an average turnaround time of 7 days. Most advertisements reviewed require changes to avoid breaches of the Therapeutic Goods Advertising Code; sometimes wholesale revisions.

Pre-approval is the only defence against seriously misleading advertisements on prime-time television or in national newspapers, for example promoting a treatment for cancer. Complaints and post-marketing reviews take a long time to remove bad advertisements. Prevention is better than cure.

In its submission to the Senate inquiry, the Department of Health outlined its decision for the TGA to assume responsibility for handling all complaints about therapeutic goods advertisements directed to the public from 1 July 2018, and said this model will be independently reviewed after three years of operation “to determine whether it is the most effective solution”.

Continuing the pre-approval process until the proposed 3-year formal review would provide a nice performance indicator to judge whether the new advertising system is better than the old one. One would expect the number of pre-approved advertisements requiring revision to fall if other measures in the package, such as increased post-marketing surveillance and more stringent penalties and sanctions, are successful.

We welcome the TGA taking over the current convoluted and impotent advertising complaint system but our second concern with the reforms is doing so without ensuring ongoing stakeholder input or transparency of complaint outcomes.

Stakeholder involvement is currently provided by the Complaint Resolution Panel and Code Council which are to be abolished from 1 July 2018. That is happening even though the TGA has a track record of making bad decisions in isolation.

Since 2011, the Complaint Resolution Panel has submitted 541 complaints to the TGA for non-compliance with Panel determinations and other reasons. Over that time the TGA has only published information on about 78 (14 per cent) complaints. Numerous additional complaints, sent direct to the TGA, have also never been reported upon. The TGA has an unenviable reputation as a ‘blackhole’ with respect to advertising complaints.

Schedule 6, Part 2, section 42DV of the Bill states (1), (2), ‘the Secretary may, in writing, direct’… the outcome of complaints to be published on the Department’s website. Unless the word ‘may’ is changed to ‘must’, complainants will continue to be frustrated by lack of transparency from the TGA.

Lack of evidence for permitted indications

Another concern is in Schedule 2, 26BF of the Bill which deals with permissible indications. The TGA recently circulated a final list of 1,019 such indications proposed by industry. The list contains 140 indications which must be supported by scientific evidence and 879 indications that can be supported by a tradition of use.

Examples of traditional indications include:

Submissions to the TGA have pointed out that including numerous traditional indications on this list encourages industry to evade the requirement to have scientific proof of efficacy for their products, endorses pseudoscience and will confuse the average consumer as the terms used will not be understood.

For consumers to make an informed choice about these medicines, it was argued that a claim based on ‘traditional use’ should always have an advisory along the lines of what the US Federal Trade Commission uses for homeopathic products. For example,

‘This product’s traditional claims are based on alternative health practices that are not accepted by most modern medical experts. There is no good scientific evidence that this product works’.

The TGA have decided not to add the advisory sought, but rather (for TCM and Ayurvedic only) to place a statement on their label with words to the effect of:

The required statements are also inconsistent because they do not apply to medicines invoking other traditions such as homeopathy, Western herbalism, etc.

Last, but not least, the measure is ineffectual as the advisory does not educate consumers that traditional indications lack a scientific evidence base as requested. In addition, how many consumers would act on such advice?

Focus on industry, not consumers

In conclusion, the above machinations support a common perception that the TGA’s mission is industry assistance, not consumer protection. This perception is reinforced by their 2016-17 self-assessment performance report which is addressed solely to their external validator, the TGA Industry Forum.

It’s also a concern after the TGA invited 20,214 participants to complete a survey to gauge issues such as stakeholders’ perception of its work. Information was collected from 2,535 respondents (12.6 per cent). However, only 13 consumers and community members were surveyed and the TGA failed to report its findings. Clearly, the TGA is not interested in consumer views.

My colleagues and I have no desire to impede the passage of many excellent provisions of the Therapeutic Goods Amendment (2017 Measures No. 1) Bill. We simply want the Senate to recommend that three aspects of the Bill listed above be excised so that the positive aspects can proceed while the contentious aspects receive proper debate.

The forum will be held at the Australian National University tomorrow 24 January 2018, 2:00-5:00 pm. Interested people can also attend. See the program and RSPV John.Braithwaite@anu.edu.au.

See this report at Pharmacy Daily where Complementary Medicines Australia (CMA) criticises Ken Harvey’s position on the legislation. See the CMA’s submission to the inquiry.

PrevPreviousEnd inequality, says new Oxfam report. Meanwhile, in Australia…
NextHow can we create an inclusive day for all Australians to celebrate?Next