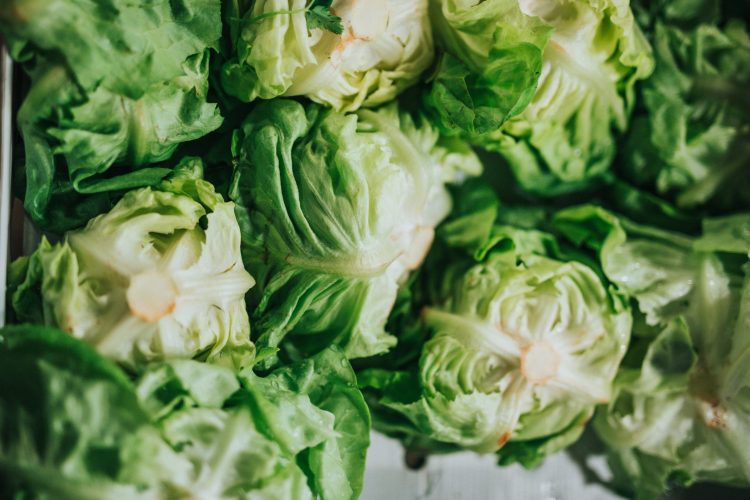 Transforming food systems is about so much more than the cost of lettuces. Photo by Nathan Dumlao on Unsplash.

Introduction by Croakey: As the nation’s supermarket shelves were stripped of toilet paper in the early days of the COVID-19 pandemic, longstanding concerns about the high prices of food and grocery items in stores servicing remote Aboriginal and Torres Strait Islander communities were heightened.

Reports of a $56 price-tag for a jar of coffee, in addition to concerns about the availability and affordability of nutritious food in remote Indigenous communities, prompted the establishment of a parliamentary inquiry into food prices and food security in these communities. It is the third such inquiry in just over a decade.

The inquiry’s report was released early this month. Nicole MacKee outlines the key recommendations below.

Food and grocery pricing in stores servicing remote Aboriginal and Torres Strait Islander communities should be investigated by the Australian Competition and Consumer Commission (ACCC), a parliamentary inquiry has recommended.

The House of Representatives Standing Committee on Indigenous Affairs Inquiry into food prices and food security report said the ACCC should undertake a market study into food and grocery prices in remote community stores and recommend measures to increase competition in remote areas and put downward pressure on food prices.

“The study should also identify better complaints handling mechanisms for people in remote communities, any changes to the consumer protection laws that might need to be made to address price gouging in these communities, which the current laws do not address, and a consideration of the impact, if any, of rebates,” it stated.

The report pointed to a 2019 Northern Territory market baskets survey that found a 56 percent higher cost of an average healthy food basket in a remote store compared with a district centre supermarket.

And with the food supply system already under pressure, concerns mounted in March when a biosecurity zone was created to protect vulnerable remote communities from the COVID-19 pandemic.

Leeser noted the key role of the Supermarket Taskforce and the Food Security Working Group in maintaining supplies to remote communities during the pandemic.

“With a potential new crisis emerging, industry, NGOs, communities and governments of all stripes collaborated with stores to ensure food supply was maintained despite these myriad pressures,” Leeser wrote in the report.

“The advent of the Supermarket Taskforce and the Food Security Working Group allowed for essential collaboration and solution-driven planning to occur. The committee heard stories of food being donated, new initiatives like food baskets being developed at pace and competitors helping one another remove blockages to ensure the problems were resolved.

“This report recommends several measures to build on the cooperative momentum of 2020.”

Leeser acknowledged that this was the third inquiry into these issues, and “none of those inquiries has resolved the concerns about food prices and security that have been expressed”.

“Consequently, complaints concerning food pricing need to be examined by a body that is equipped to do the thorough, forensic examination that will satisfy the public,” he wrote.

“That is why the Committee is recommending these matters be investigated by the ACCC undertaking an enhanced market study which they have never done in remote communities. In addition, real time price monitoring and much better governance training at the local level should help bolster public confidence.”

Improved governance measures recommended include a review of training conducted by the Office of the Registrar of Indigenous Corporations, with future training available in language; a national scheme of licensing and inspection of remote community stores; amendment of The Stronger Futures in the Northern Territory Act 2012 to remove the requirement that stores be given notice before inspections; and that, ideally, new contracts be open to competitive tender.

And the report recommended that the Food Security Working Group that was established during the COVID-19 pandemic be maintained.

The inquiry dismissed claims of price-gouging, noting that while prices were higher in these remote communities than online or in urban centres, they did not find evidence that remote stores were taking advantage of their customers.

“Most remote stores appear to be trying to do the right thing under difficult trading conditions and have to charge higher prices to remain viable,” the report stated.

“How are we supposed to close the gap in quality-of-life outcomes when we are continuing to witness – in 2020 and in such a wealthy nation – the deprivation of basic items that so many of us in non-remote areas take for granted, like electricity or sufficient refrigeration space,” they said.

“Where is the urgency from this Government? … It is truly astounding that when the most vulnerable groups in Australia are paying some of the highest prices for the most basic items, the Government is pre-occupied with its pursuit of the Cashless Debit card – which disproportionately impacts First Nations people.”

The ACCC provided a submission to the inquiry in July 2020 and appeared in August 2020.

“Our submission noted that Indigenous Australians in remote communities do not have the same access to fresh and reasonably priced food and grocery products when compared with consumers in regional or metropolitan areas. However, these higher retail prices appear to be due to a number of factors that impact the wholesale cost of goods,” an ACCC spokesperson told Croakey.

“One of the report’s recommendations is that the Treasurer direct the ACCC to undertake an enhanced market study into food and grocery prices in remote community stores.  The Government is yet to respond to the report.”