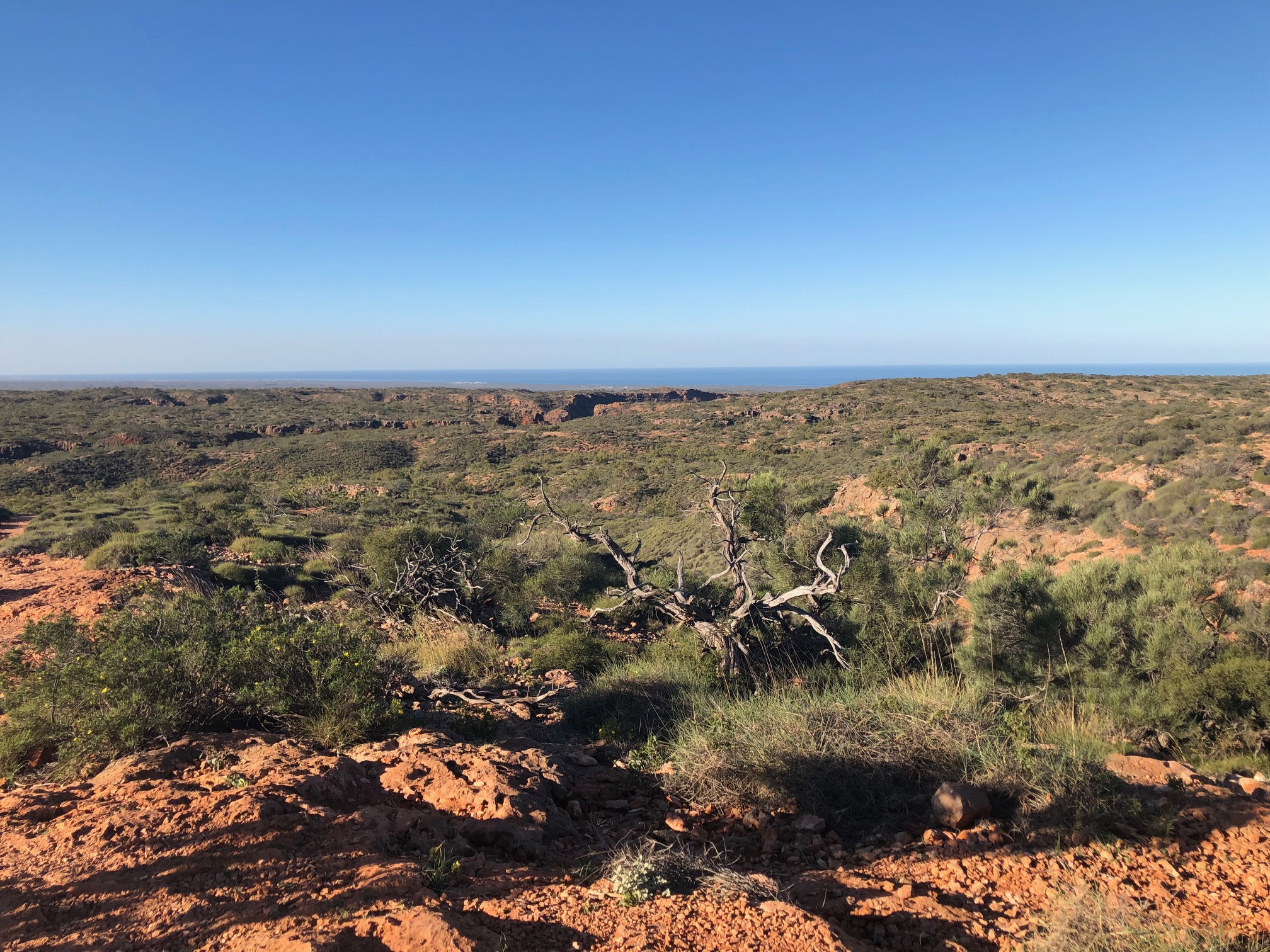 "Health and future wellbeing now extend far beyond the confines of good clinical practice, into the realm of the sustainability of our life support systems." WA's Cape Range National Park. Pic: Marie McInerney

But he says at least the US has such an agency.

In the article below, Shearman outlines chronic and critical weaknesses in Australia’s environmental protections laws and processes, and concerns that a federal review into Australia’s Environment Protection and Biodiversity Conservation Act will recommend further inadequate protection.

Meanwhile the Federal Government is trying to push through controversial changes to the Act with little debate and before the review has delivered its final report.

The review’s interim report recommended that an independent regulator should monitor and enforce compliance with the law, but the government quickly responded that it would not “support additional layers of bureaucracy”.

Given “health and the environment are indivisible”, Shearman calls on the health care professions to add their weight and influence to demand an Australian EPA.

Croakey readers may also be interested to read the Australian Conservation Foundation’s response to the interim report of the independent review of the Act, which includes a list of calls to action.

The US Environmental Protection Agency (USEPA) was formed in 1970 under Richard Nixon “to ensure that all Americans are protected from significant risks to human health and the environment where they live, learn and work.”

Sadly however, the Agency has been undermined by President Donald Trump, and powerful industry lobbying but its structure remains intact.

Unfortunately Australia does not have an equivalent system and lacks a Climate Change Act and any effective environmental protection laws.

Under the current EPBC Act environmental management, which also embraces important human health issues, is the responsibility of each state or territory. The Commonwealth Department of the Environment involves itself in only nine matters of environmental significance. It fails even this limited responsibility — clearly revealed in the recent Auditor-General’s report condemning the Australian Government’s inadequate handling of the Act.

The performance of the states has been abysmal on a range of environmental parameters and an Environment Defenders Office “Comparison Table – Do State and Territory planning laws explicitly incorporate core EPBC Act standards?” provides testimony to this incompetence.

States rely heavily on Environmental Impact Assessment (EIA) which is also supposed to include a Health Impact Assessment (HIA). However the Samuel review (led by Samuel with an expert panel) was scathing of EIA performance, describing it as “a convoluted process based on poorly defined key terms”.

Yet the Samuel interim report recommended more responsibility be devolved to the states, subject to nationally agreed and implemented standards, which states have failed to properly implement or monitor over many years.

The report abdicated all responsibility for environmental impacts on human health, and failed to consider the inability of the states to address air pollution, noise and excessive water usage, all part of state assessments required for development approvals.

Failures on mining and air pollution

The problems we face are best illustrated by the lack of a nationally consistent and robust approach to environmental regulation in the areas of gas mining and air pollution.

Regulation has been the responsibility of each state and territory with a failure of environmental protection and little consideration for human health, prodigious water use, national or scope 3 emissions, monitoring or transparency.

Under the EPBC Act, the Federal Government could intervene to ensure that water resources required by gas mining were assessed by the Independent Expert Scientific Committee on Coal Seam Gas and Large Coal Mining but the Samuel review has passed this responsibility to the states.

The inadequacies of the system in addressing human health and the environment are well illustrated by the recent Narrabri approval.

The approval was political and vital to the government’s gas development strategy. By contrast, the USEPA 2016 proposals, if applied in Australia, would properly assess the environmental and health necessities.

Inadequacies of Assessment are prevalent in Central Queensland.

Thousands of wells are in operation and hundreds more are approved and constructed at regular intervals without further assessment which would include new evidence of harms. Queensland has no state EPA, assessments are made within government without transparency and announced by a Coordinator General. This is despite the emergence of many grave concerns for the water resources of the Surat Basin which may not be sustainable on the basis of this report.

Former Liberal Opposition Leader John Hewson recently described the regulation of air quality as a national disgrace in relation to pollution by vehicle emissions and air pollution standards (which I described here).

Unlike the USEPA, Australia does not have effective uniform national legislation to protect from pollution. The states are responsible for HIA which is subsumed into an EIA process influenced by state wishes to promote resource development.

The Environment Defenders Office includes a summary of air quality regulation which falls within the responsibility of federal and state governments. It concludes “that states and territories are slow to enact and enforce even ‘binding’ national standards and cannot be relied on to do so in a timely manner in the future without mandatory timeframes”.

Air pollution in Australia is responsible for thousands of premature deaths and must be the purview of a national EPA.

Role of an Australian EPA

Humanity faces an unprecedented crisis in which a number of extremely complex issues interact to provide a range of policy options. Those relating to Australia are climate change and adaptation to it, extreme weather events, a rapidly deteriorating land and marine environments, increasing water scarcity, all of which have the capacity to harm food production, industry and commerce.

A means to address these is gravely disadvantaged by Australian governments having shown little ability and understanding particularly of science, and the organisation of government into silos – ministries, where a decision reached in one silo, discipline or ministry may have dire consequences for another.

An administrative structure which brings together representatives and experts from all relevant disciplines brings safeguards by interaction and coordination.

A new national framework of environmental laws based on the deliberations of the Australian Panel of Experts on Environmental Law (APEEL) in 2017 was an important starting point for discussion.

The dedicated promotion of many of APEEL proposals by the Places You Love Environmental Alliance has not gained political acceptance.

The health care professions, including doctors, recognise that health and the environment are indivisible and a national structure is required which includes air quality, environmental pollutions, emergency services, water conservation and indeed a centre for disease control (CDC) as recommended by the AMA, for zoonoses are an environmental, health and sustainability issue.

The Colleges and AMA have extensive medical, scientific and organisational expertise and it is vital they take up this challenge to add weight and influence for immediate progress.

Health and future wellbeing now extend far beyond the confines of good clinical practice, into the realm of the sustainability of our life support systems.