Introduction by Croakey: Aboriginal and Torres Strait Islander and non-Indigenous community and health leaders have called on Reconciliation Australia to revoke its endorsement of Woolworths’ Reconciliation Action Plan, as it did with Rio Tinto’s in the wake of the mining giant’s destruction of Juukan Gorge.

They say Woolworths should, like Rio Tinto, be held accountable for its relentless fight to build what will be one of Australia’s largest alcohol stores near three dry Aboriginal communities in Darwin, despite strong opposition from Aboriginal and Torres Strait Islander community and health organisations, “and in the full knowledge that this store will increase alcohol harm”.

After having previously lost bids to build the store, Woolworths was late last year granted approval. In response to outcries from community and health groups, it said it would not begin to build the store until it received the findings of a review it commissioned about its community engagement, expected in April.

The letter and the full list of signatories is published in the feature image above and also below. Reconciliation Australia has told media that it will not be responding to the letter’s call to action immediately.

We write as Aboriginal and Torres Strait Islander, community and health leaders from across Australia to ask that you revoke your endorsement of Woolworths’ Reconciliation Action Plan (RAP).

We believe that Woolworths’ behaviour is inconsistent with the commitments outlined in their RAP, including their vision for reconciliation and the role that they articulate for contributing to reconciliation.

Over the past five years, Woolworths has relentlessly fought to build what will be one of Australia’s largest alcohol stores near three dry Aboriginal communities in Darwin.

Woolworths has pursued the Dan Murphy’s despite strong opposition from Aboriginal and Torres Strait Islander community and health organisations, and in the full knowledge that this store will increase alcohol harm.

In the Woolworths RAP, Chief Executive Officer Brad Banducci said that the RAP “reinforces our commitment to create positive outcomes for Aboriginal and Torres Strait Islander peoples” and that Woolworths has “a deep respect for our Aboriginal and Torres Strait Islander team members, customers and all of those who live in the communities we serve. We firmly believe they should have a voice in decisions that affect them.”

These words sound hollow in the context of Woolworths’ behaviour in the Northern Territory (NT).

Woolworths knows that the NT already has the highest levels of alcohol harm in the country. In the Territory there are high rates of trauma and people who experience trauma are more likely to engage in self-destructive behaviours including excessive use of alcohol. If misuse and abuse of alcohol was victimless, that is one thing, but the reality is there are other people, including children, involved.

The developmental trauma that results from children witnessing repeated family violence is significant, including the inability to regulate their emotions and behaviours which they take with them into adulthood. Consequently, many of the young people you see today involved in the juvenile justice system are victims of being exposed to repeated trauma.

Woolworths did not engage

Despite this, Woolworths did not engage with the service providers, representative groups, medical peaks and health and social service organisations to determine how such a store would affect the local community, or how they could contribute toward breaking the cycle of excessive alcohol use and addressing the underlying issues.

If they had engaged with leaders from the Bagot community, the largest community near the store, and Aboriginal and Torres Strait Islander community and health organisations, they would know that there is strong objection to the store and strong evidence of the harm that will occur if it goes ahead.

More than 30 community leaders and organisations from the NT recently signed an open letter indicating “At no point has Woolworths engaged meaningfully with our community about building this Dan Murphy’s store. If you had, you would know the depth of our concern and opposition”.

In 2019, the independent NT Liquor Commission found Woolworths’ application for the outlet was unacceptable on multiple grounds and rejected the application. In making its decision, the Commission stated that “approving the application would lead to a significant increase in the level of alcohol-related harms which already exist in this community.” Despite this, Woolworths has persisted with progressing the store through every possible avenue.

Woolworths’ RAP states their “vision for reconciliation is a better tomorrow where all Australians have an equitable voice and access to opportunities for prosperity.”

Woolworths indicates that they will contribute to this in a number of way including by:

While the Juukan Gorge caves have already been destroyed, action can still be taken to prevent the wilful and deliberate destruction of the health and lives of Aboriginal and Torres Strait Islander peoples through the building of this store.

There is deep concern by community members who will be affected by this store and by Aboriginal and Torres Strait Islander organisations that support people who are negatively impacted by alcohol harm. Our concerns have not been heard by Woolworths. We have no confidence that Woolworths will change their behaviour.

We ask that you revoke Woolworths’ Innovate Reconciliation Action Plan and suspend Woolworths from the RAP program.

Together we must take a stand against large corporations ignoring the voices of Aboriginal and Torres Strait Islander communities and organisations. 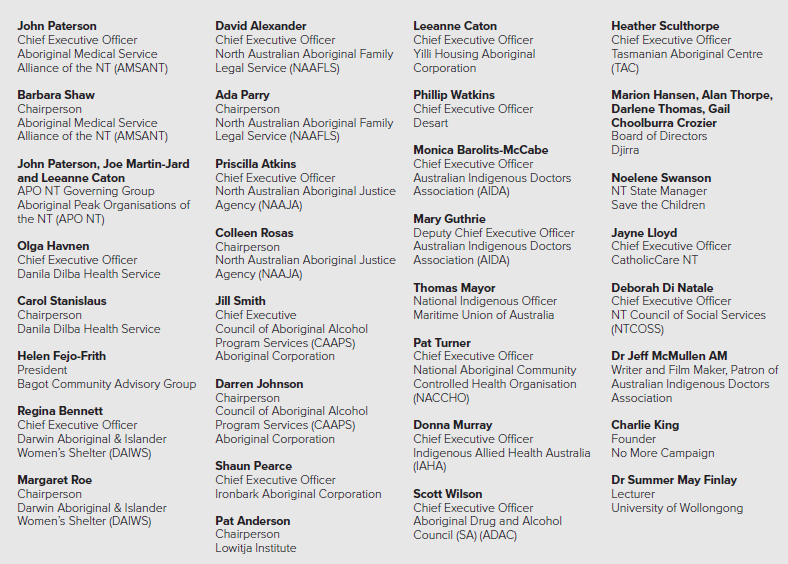 It’s a must to stay connected with Croakey Health Media. They know all about what’s happening in Public Health, right up to the last minute!

Croakey Health Media was the official media partner for VicHealth’s Life and Health Reimagined series (2020). Croakey’s indepth coverage of the five-week series amplified the conversation about how we can make life after coronavirus better and healthier for everyone.
Croakey’s coverage included compelling articles about each week’s topic and wrap-ups of the live-streamed events, live tweeting, a Twitter takeover of the @WePublicHealth account and a podcast summarising the series.
Having Croakey as our media partner enabled us to reach a more diverse public health audience and introduced new voices and experts to the discussion. Croakey’s team also generated a lively dialogue on social media about the series, driving debate and frank discussion on the important topic of how do we create a healthier, fairer, better world post-pandemic.
I would highly recommend Croakey Conference News Service to anyone seeking an innovative and collaborative media partner for a conference or event.

Mental Health Victoria – Croakey Conference News Service coverage of #Lived Experience online forum
Mental Health Victoria, in partnership with the Victorian Healthcare Association, ran an online forum on the importance of embedding the voice of lived experience in mental health system reform.
Croakey journalist Marie McInerney did an exceptional job of covering the event through both real-time social media posts and a written article summarising the discussion and themes that arose during the forum.
Her regular Twitter posts throughout the event generated lively discussion and helped emphasise and elevate the important contributions from the consumer voices.
The article that Marie wrote on the event, titled “Imagine a mental health system that meets the needs of consumers and carers” took the reader on a journey through the forum’s key themes along with images and other media to supplement the discussion. It received very positive feedback from all involved.

Croakey is an outstanding achievement and an absolutely essential part of the public health scene. It’s required reading for anyone who wants to know what’s happening, why, and what should be happening. Croakey is produced by an exceptional team of editors, authors and other contributors. Always a top read.

Croakey has been a platform which has encouraged Aboriginal voice and actively sought it out. I started out as a reader, then followed on Twitter, was a guest tweeter on @WePublic health, and have become a contributor. The more I got involved, the more I realised what an unique platform Croakey is, because of the way it challenges mainstream media.

We are working very hard to ensure Croakey Health Media becomes sustainable into the future. Every donation helps! No amount is too small to make a difference. You can choose to make a one-off donation or become a regular donor.

Although you can always access Croakey’s articles for free, a convenient way to stay up to date is with our weekly emailed summary of Croakey articles. It is only $60 per year (including GST).  We also offer special rates for bulk deals – for example, for organisations or students.

Croakey is supported by two main funding consortia, whose contributions help to pay the Croakey News team. We would not be able to operate without our editorial team, who commission, edit and publish articles and also support special projects.

Members of the consortium are provided ten complimentary yearly subscriptions to the weekly Croakey News bulletin (total value $600), and a further discount offered on bulk subscriptions.  Members are acknowledged on the Croakey website with organisation logo on the front page and name and link to your website here.

If you would like to be part of one of the Consortia, please contact us at: support@croakey.org.

Croakey provides a national stage where all players in the health arena can have their voices heard. It has enabled consumers more easily to make their perspective and opinion known. Croakey has also taken a leadership role in developing a strong presence in social media, an important development for primary care in stimulating community-based approaches to health.

CEO of the Consumers Health Forum of Australia